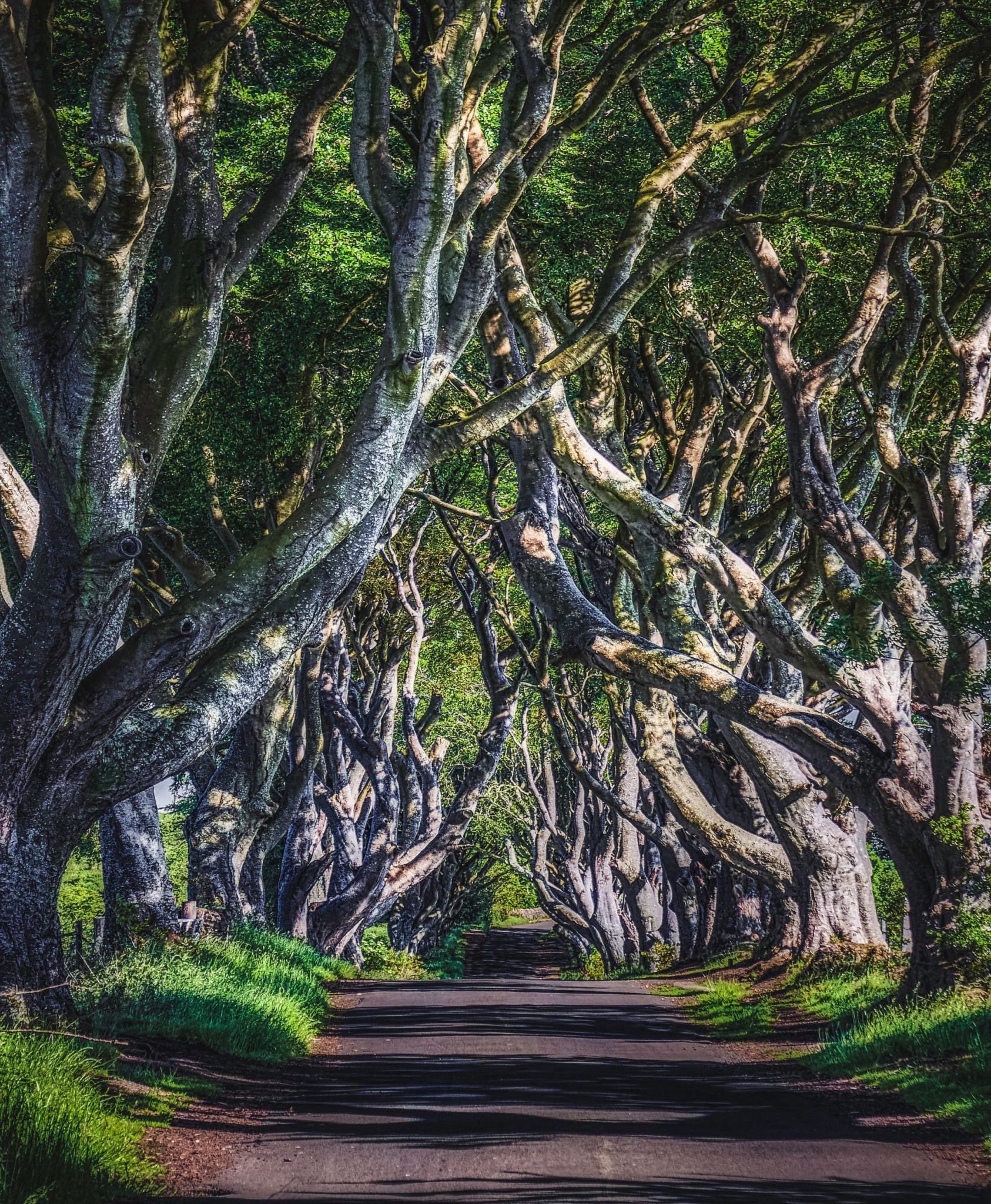 The results of the May 2022 Northern Ireland Assembly election were a historic outcome and a positive one for supporters of the Protocol on Ireland and Northern Ireland. Sinn Féin topped the poll, a first for a nationalist party in Northern Ireland. The centrist Alliance Party increased their first preference vote share by 50% (from 9% to 13.5% of first preference votes) and more than doubled the number of their seats (from 8 to 17). Three fifths of MLAs (54 out of 90) were elected on mandates to support the Protocol. (Sixty percent would typically be a decisive number in many other voting contexts; several US states require a 60% supermajority for constitutional amendments, while it takes 60% of votes in the US Senate to overcome the filibuster.)

While this bodes well for the medium term and the 2024 democratic consent vote that will be put to MLAs, there is currently a stalemate in terms of the short-term prospects for the Northern Ireland Executive. The DUP and its leader Jeffrey Donaldson made it clear on May 9 that they will not nominate a deputy First Minister unless the UK government takes “decisive action” on the Protocol. On May 13, the NI Assembly failed to elect a speaker.

On a visit to Belfast on May 16, Boris Johnson stated that he does not wish the Protocol ended, but rather wanted to see “sensible” changes to it. He warned that the UK government would enact unilateral changes to parts of the Brexit agreement unless the EU engaged in “genuine dialogue”. The next day, foreign secretary Liz Truss confirmed legislative plans to “make changes” to the Protocol in the coming weeks. Later that day, Simon Coveney stated that the decision to unilaterally disapply parts of “an internationally binding agreement is damaging to trust” and would only make it harder to find lasting solutions. Despite the fact that the proposed Bill would rewrite an international treaty through domestic legislation, Truss has insisted that it would be “consistent with our obligations in international law”. It remains to be seen what mixture of carrot and stick the EU will adopt over the coming weeks in response to the UK’s legislative plans. The EU will undoubtedly bear in mind doubts as to whether such legislation would be passed and the possibility that this is a tactic being used to get the EU to move further than its October 2021 proposals.

Consent and the vote itself
Democratic consent is at the heart of the Protocol and the 1998 Good Friday Agreement. Article 18 of the Protocol provides that the continued application of its economic provisions – Articles 5-10 – will be subject to a vote from elected Members of the Legislative Assembly (MLAs) before the end of 2024. It is important to underline the fact that Article 18 requires a simple majority of support, rather than cross-community support, for the Protocol to continue to apply. Based on the May 5 vote, this simple majority would certainly be met.

Articles 5-10 mainly concern customs and the movement of goods (Article 5); technical regulations (7); VAT and excise (8); the single electricity market (9); and state aid (10). Article 5 in particular applies the entirety of EU customs legislation, including the EU Customs Code, to the UK in respect of Northern Ireland, subject to limited exceptions. Subsequent consent votes would take place after four more years, or eight years if a vote demonstrated cross-community support for these provisions. As the threshold for cross-community support requires at least 40% of unionist designated representatives to vote in favour of the Protocol (18.6(b)), this would not be met based on the mandates of unionist MLAs in this election.

The short-term
The Northern Ireland Assembly maintains a unique arrangement whereby a significant amount of power lies in the hands of the largest parties from two specific sections of the community (unionists and nationalists). MLAs must designate themselves as belonging to either of these categories, or else the ‘other’ designation applies to them. Those in the ‘other’ designation, such as the Alliance Party, may not occupy the roles of first or deputy first minister. Thus the largest unionist and nationalist party have effective vetoes on the formation of an Executive. Cross-community support is also needed for passing budgets, votes of confidence etc, and MLAs in the ‘other’ category are also second class in this regard.

The Democratic Unionist Party (DUP) saw its vote fall by one quarter (from 28% in 2017 to 21.3% in 2022) in this election. Nonetheless, it remains the largest unionist party by some distance, having secured 25 seats compared to its closest rival, the more pragmatic Ulster Unionist Party, which won nine seats and 11.2% of first preference votes. Despite this fall in support, the DUP retains a veto over the formation of an Executive as the largest unionist party.

While DUP opposition to the Protocol was clear before the election on May 5, their manifesto made no reference to their entering into government being conditional on such action from the UK government. Their 60 page manifesto contained a sole reference to the UK government in the section on the Protocol, stating that “The Government knows that the Protocol does not enjoy the support of Unionists” and that “Now is the moment to send a clear signal that the Irish Sea border must go and the Protocol must be replaced by arrangements that restore Northern Ireland’s place within the United Kingdom internal market.” Its April 2022 ‘Remove the NI Protocol’ document contained the same paragraph, briefly elaborating that “The UK Government’s Command Paper last summer was a step in the right direction, but we need agreement or unilateral action.”

The medium term
The DUP appears to have gotten at least some of the decisive action it sought from the UK government. Both of the abovementioned DUP documents contain 7 tests for any new EU-UK arrangements including that that they must “avoid any diversion of trade” and result in “no checks on goods going…from Great Britain to Northern Ireland”. These 7 tests appear to go considerably further than the UK’s July 2021 Command Paper, which for example acknowledged the need for risk-based controls on consignments of agri-food goods moving into Northern Ireland (paragraph 50). The EU rejected the prospect of renegotiating the Protocol the day the UK Command Paper was released. The DUP must bear in mind that moving beyond the positions expressed in the Command Paper could only realistically happen on a unilateral basis. This position would be opposed by nationalist and centrist parties in the NI Assembly, not to mention the lack of support for moving beyond the position set out in David Frost’s Command Paper in the rest of the UK.

In terms of the formation of a NI Executive, the Alliance Party has long sought to end the designation system and to replace the cross-community voting system with a weighted majority system, which could see the exclusion of the largest unionist or nationalist party from the executive. The argument for the current arrangement depends upon those wielding this veto power acting in good faith and with full disclosure. If a NI Executive cannot be formed over the coming months because DUP demands from another actor (the UK government) are not met, the power-sharing process loses credibility and voters will understandably become frustrated. This is particularly the case where these demands were not openly expressed to the electorate in advance of the May 5 election.

It is not a given that a party receiving 21% of votes will have a perpetual veto over the formation of a NI Executive. The DUP’s position would be further weakened if it fails to seriously negotiate and a stalemate persists. Nonetheless, the current and unique power-sharing arrangements in Northern Ireland represent a balanced institutional accommodation in response to longstanding cross-community divisions. For those wishing to preserve the system in its current form, there is a responsibility to engage openly and constructively on issues surrounding the Protocol with all stakeholders, including other parties in NI, the UK government, EU, and most importantly with voters. If the DUP persists with its current stance, parties may well divide along the lines of those who wish to uphold different unique arrangements – the Protocol or the designation system and its accompanying vetoes.

In spite of short-term uncertainty concerning UK legislative plans as well as the formation of a NI Executive, the election of 54 MLAs with mandates to support the Protocol is reassuring ahead of the 2024 consent vote.

Niall Moran is an Assistant Professor in Economic Law in the DCU School of Law and Government.