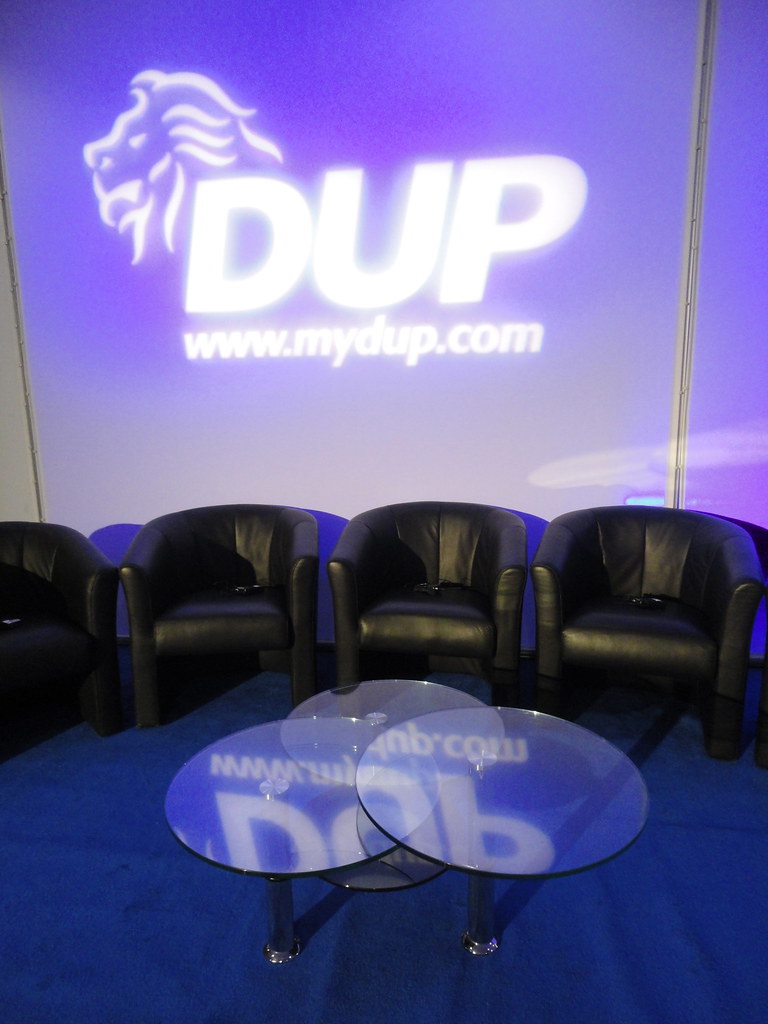 In Northern Ireland, the DUP Faces a Narrow and Treacherous Post-Election Path

The 2022 Northern Ireland Assembly election has long been bound up with the future of the Protocol on Ireland and Northern Ireland, the part of the UK-EU Withdrawal Agreement which makes special arrangements for Northern Ireland’s post Brexit relationship with the EU. This was inevitable; Article 18 of the Protocol gives the Assembly a vote on the continuation of the Protocol’s trading arrangements in 2024, meaning that the current body of MLAs will make that decision if the Assembly runs to its full term. But even if the cost-of-living crisis and the state of public services were at the forefront of many voters’ minds, everyone was aware of the DUP’s stated refusal to return to devolved government without changes to the Protocol.

The impact of this manoeuvring on the electorate was very difficult to predict in advance; elections under the Proportional Representation by a Single Transferrable Vote (PR-STV) System are notoriously hard to predict because so much goes on below the waterline of people’s first preference vote, in who they transfer their vote to down the ballot paper. The DUP have been in crisis mode for over a year, swapping leaders and seeing no appreciable gains for all of their opposition to the Northern Ireland Protocol. In these circumstances it’s unsurprising that they haemorrhaged nearly a quarter of their first preference vote, largely to the TUV. The TUV were, after all, unsullied by the DUP blunders which so contributed to the present shape of the Protocol.

For the DUP, there was always the danger that in putting the Protocol front-and-centre in their election campaign they were stoking the TUV vote. But this was very much the balancing act that the party were attempting to perform. The TUV became a lightning rod for discontent with the DUP, but did not have enough strength in depth to bring home extra MLAs beyond its leader, Jim Allister. It is too extreme in its vision for Northern Ireland to bring in transfers from other parties. The DUP could therefore lose a proportion of first preference votes to the TUV and yet bank on those votes returning as transfers within the “Unionist family”. This was a near run thing; the TUV nearly got some more candidates over the line, at what would have been the DUP’s expense, but the approach paid off; the DUP’s loss of vote share thus did not translate into a dramatic loss of seats.

This, to use a metaphor that many in the DUP would disapprove of, was making the best of a bad hand. To get those votes to transfer back to it, the party had to encourage Unionist concerns over the threat of a Sinn Féin First Minister and the danger of an imminent border poll. This had an obvious knock on effect; the more the DUP portrayed Sinn Féin as a threat, the less Sinn Féin had to work to energise its support. A proportion of Nationalist voters shifted from the SDLP to Sinn Féin precisely to give the DUP a bloody nose. But this was little immediate concern to the DUP; these voters were never its voters. Now that the election has happened, Sinn Féin are indeed in a position to claim the post of First Minister but Brandon Lewis, the Secretary of State for Northern Ireland, has confirmed that a Nationalist largest party does not mean that he will be calling a referendum on reunification. Both of these rallying cries will not carry the same force again.

These desperate campaign ploys were intended to disguise the weakness of the DUP position. This weakness is largely of its own making, with the party having time and again put its faith in Boris Johnson’s Government and been unrewarded (from backing Johnson over Theresa May’s backstop onwards). Under Jeffrey Donaldson’s leadership, the DUP’s strategy has been to feed into the UK Government’s argument that the Protocol did not enjoy cross-community support in Northern Ireland and thus needed to be reworked, even though the same UK Government had agreed this Protocol in the first place. They stuck to this plan, collapsing the Executive in February and expecting the UK Government to trigger Article 16, even though the war clouds in Ukraine demanding UK-EU co-operation and the fragile state of the UK economy always meant they were likely to be disappointed.

Worse was to follow. During this election campaign, UK Government ministers floated plans for unilateral action over the Protocol, making it seem that the DUP was about to be able to show voters that its influence was paying off. And then, just before the polls opened, Brandon Lewis popped up on TV to deny that legislation was coming in the Queen’s Speech. Perhaps Lewis no longer wanted to be the fall guy for floating “limited and specific” breaches of the UK’s legal obligations, as he had been in the Internal Market Bill debates in 2020. But once again the UK Government had built up DUP expectations and, on the eve of the election, left them empty handed.

We have all-but reached the point where the only thing that would be worse than the UK Government triggering Article 16, or taking some unilateral action over the Protocol, would be not doing so. Instead of explaining the Protocol and owning the consequences involved for Northern Ireland in a hard Brexit, Johnson’s Government has repeatedly built and then dashed expectations, feeding a narrative of betrayal within Unionism, and precipitating this new moment of crisis at which the DUP has set itself against returning to the Executive in Northern Ireland. All the election management in the world cannot disguise the weakness of the DUP’s position, but some way needs to be found to relieve all of this pent up anger (and there is no sign of the UK Government owning up to its failings).

The DUP thus finds itself beholden to the UK Government with a clock ticking; other Northern Ireland parties can trigger fresh elections if the impasse drags on without the DUP achieving any meaningful Protocol concessions or if the UK Government acts to undermine the Protocol (note that acting, and saying it is going to act, are two different things). The DUP will know that the ground going into fresh Assembly elections within the next 12 months will only be worse for it if Jeffrey Donaldson gives up his Assembly seat to remain in Westminster through the summer and the impression sticks that the party is playing games with the electorate. Moreover, as the legal challenge to the Protocol makes its way into the Supreme Court, having achieved no success before the Northern Ireland High Court or Court of Appeal, it will likely become ever harder to maintain that the Protocol undermines power sharing in Northern Ireland or that there is an insufficient say for Northern Ireland’s law makers after an adverse decision.

Some of the more profound misjudgements in the UK Government’s current approach are that only Unionist parties are invested in the Protocol debates and that Unionists are now more hard line in their opinion on the Protocol. In these elections the UUP and DUP as a block lost nearly as many votes to Alliance as to the TUV. If Westminster enacts legislation which threatens fundamental tenets of the Protocol, and the protections they provide against a Brexit which the people of Northern Ireland did not support, this will plunge it into an even deeper governance crisis. But then, with various Conservative Party leadership contenders lining up to appear tough towards the EU, the needs of responsible governance in Northern Ireland are again likely to be a marginal concern.

The DUP are therefore left looking for a way off the ledge that they have got themselves stuck on. Perhaps the best case scenario for them is that the UK Government makes some high-profile unilateral move against the Protocol, even one which threatens to breach the UK’s obligations under the Withdrawal Agreement, and see if the EU makes any (even minimal) advance on the talks position it set out in October 2021 to head off this clash. If this comes off, as with the Internal Market Bill standoff in 2020, the UK Government and the DUP will be able to say that hard ball tactics won concessions from the EU. This approach, however, relies on the EU tolerating such hardball tactics, and being prepared to consider some concessions, even though the law of the Protocol is very much on its side. This is no small order; the EU will be loath to give ground on such a basis just to save face for the DUP, especially when its recent unilateral concessions on medicines supply won it little visible gratitude. It also relies on the DUP engaging with the EU to try to get the concessions it wants from the talks, when the history of Brexit attests to how the DUP have mismanaged such interactions to date. Last, and most difficult of all, it needs the DUP to be able to accept when concessions are sufficient.

The TUV will never be reconciled to the Protocol continuing in any form; indeed, it remains unreconciled to the 1998 Agreement. The DUP, however, has to find concessions, particularly over the management of “at risk” goods movements from Great Britain into Northern Ireland and Stormont’s input into the making of new EU law, that it can sell to its remaining vote base. In other words, there is a way out of the current crisis, especially if the actors work proactively below the level of some of the theatrical denunciations of the Protocol that are likely to follow from UK ministers in the weeks ahead. Any Protocol mitigations which benefit Northern Ireland as a whole will not be received badly by the other major Assembly parties, even if they have put more work into them in recent months than the DUP. The pathway open to the DUP is, nonetheless, particularly narrow, and to follow it the party will have to disaggregate Northern Ireland’s interests from those of the UK Government. Whether it Jeffrey Donaldson has the nous to do so remains to be seen.