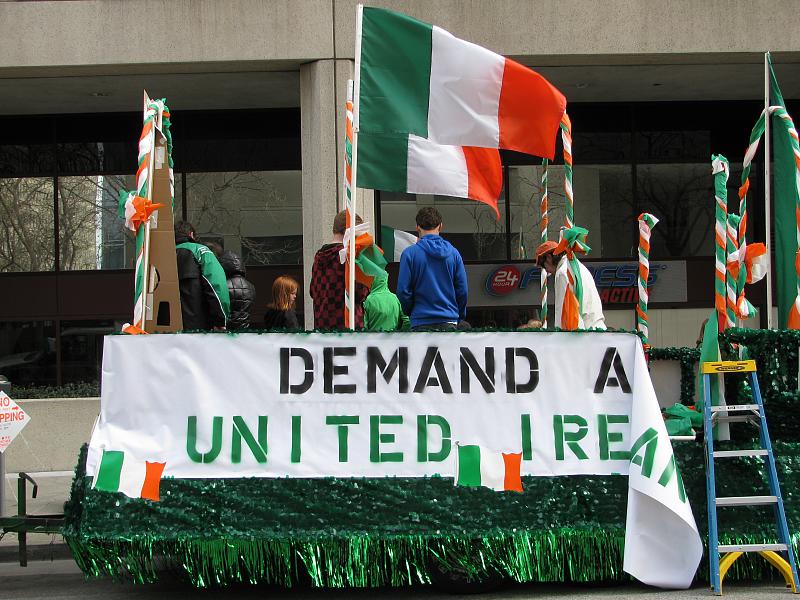 The Irish unification debate after the Northern Ireland Assembly Elections

The International Association of Constitutional Law hosted a blog symposium in 2020 on the constitutional dimensions of Irish unification. The Belfast / Good Friday Agreement of 1998 provides that Irish unification will occur if consent is democratically and concurrently given, both in Northern Ireland and in Ireland. A referendum would pass in Northern Ireland if a majority voted for the nationalist option of unification, over the unionist option of remaining in the UK.

Sinn Féin marginally increased its percentage share of the vote to 29% and retained the same number of representatives in the Northern Ireland Assembly (27). However, the Democratic Unionist Party (DUP) saw its percentage share of the vote reduce from 28.1% to 21.3% and its seats from 28 to 25. As a result, Sinn Féin was entitled to nominate the First Minister, the first time a nationalist party would hold such a position in Northern Ireland. This is significant because Northern Ireland was constructed in 1920-22 precisely to secure a unionist majority.

Implications for Irish unification I

Despite speculation in the media, the election has no direct implications for the likelihood of Irish unification. Under the Belfast / Good Friday Agreement – as implemented into UK law under the Northern Ireland Act 1998 – calling a border poll is a matter for the UK Government’s Secretary of State for Northern Ireland. They have a discretion to do so at any point and are under an obligation to do so if it appears likely to them that a majority would vote in favour of unification. Overall levels of nationalist support did not increase significantly in the Assembly, and opinion polls – while varying quite widely – do not at present suggest that a majority would support unification.

However, the results are a psychological boost for Sinn Féin, which has subsequently extended its opinion poll lead south of the border where it currently leads the Opposition. If the next Irish general election (due by early 2025) results in Sinn Féin holding the position of Taoiseach (Prime Minister) in Dublin and First Minister in Belfast, this will place the issue of unification squarely on the political agenda. Yet, importantly, the holding of a border poll in Northern Ireland would remain a matter for the UK Secretary of State.

Implications for consociation in Northern Ireland

Northern Ireland’s governance is consociational. There is compulsory power-sharing between representatives who must designate as ‘unionist’, ‘nationalist’ and ‘other’. Under cross-community voting rules in the Assembly, the votes of unionists and nationalists effectively count for more than the votes of ‘others’. The other big story of the election was the growth in support for the constitutionally non-aligned Alliance Party, which increased its percentage share to 13.5% and its number of seats to 17. If the political climate in Northern Ireland were less febrile, there would likely be political debate on whether consociation remains necessary or appropriate. Where political support between unionist, nationalist and ‘other’ roughly divides 40:40:20, consociational measures may be less necessary to protect minorities; and the relative disenfranchisement of ‘others’ becomes more difficult to justify.

Ireland and the UK’s common membership of the EU significantly reduced the importance of the land border on the island of Ireland and the sea border between Ireland and Great Britain, providing a supportive context for the Belfast / Good Friday Agreement. The UK’s withdrawal from the EU challenged these arrangements. Ultimately, the Ireland / Northern Ireland Protocol to the UK-EU Withdrawal Agreement provided that Northern Ireland would effectively remain within the EU’s customs area and follow a sub-set of EU single market rules. Essentially, the Protocol represented an agreement to place a goods border in the Irish sea between Northern Ireland and the rest of the United Kingdom, rather than on the island of Ireland.

Article 18 of the Protocol requires renewed democratic consent within Northern Ireland for the continued operation of the goods provisions. The first vote will take place in 2024, with subsequent votes happening every four or eight years depending on whether the previous approval gained merely majority support from Assembly members or a higher level of cross-community support. The Assembly elections increased the majority in favour of the Protocol, although the unionist bloc remains opposed. Based on the stated positions of the political parties during the recent elections, continued operation of the Protocol would comfortably be approved by majority vote at the end of 2024, but without cross-community support.

The UK Government has responded by reintroducing its plans to legislate to give itself power to disapply the Protocol, thereby breaching the Withdrawal Agreement. The UK Government announces these plans every several months and usually backs down in the face of pressure from the EU and US. It remains to be seen what happens this time.

The political alignment on constitutional issues in Northern Ireland is more unsettled than at any point since 1922. Political support is now split 40:40:20 rather than 2:1 in favour of retaining the Union. There is no current majority in Northern Ireland for Irish unification. But the 20% of ‘others’ have – very roughly speaking – lined up alongside nationalists on the two other constitutional issues of recent years, voting against the UK’s departure from the EU and supporting the Protocol as the least worst attainable solution to managing the implications for Northern Ireland of the UK’s departure from the EU. If the UK Government continues to side with the core unionist minority rather than engaging in ways that makes the Union more attractive to a majority of those living in Northern Ireland, this may lead to increased support for unification.

That said, the current UK Government is busily establishing the precedent that it will breach international law and its own agreements with other states in order to support the interests of a unionist minority in Northern Ireland. It is therefore questionable whether, should a majority in favour of Irish unification ever emerge, the UK Government would operate the provisions of the Belfast Agreement in good faith.

This comment was published simultaneously on the DCU Brexit Institute blog and the IACL-AIDC blog.

Image Credit: “demand a united ireland float” by stevendamron is licensed under CC BY 2.0.