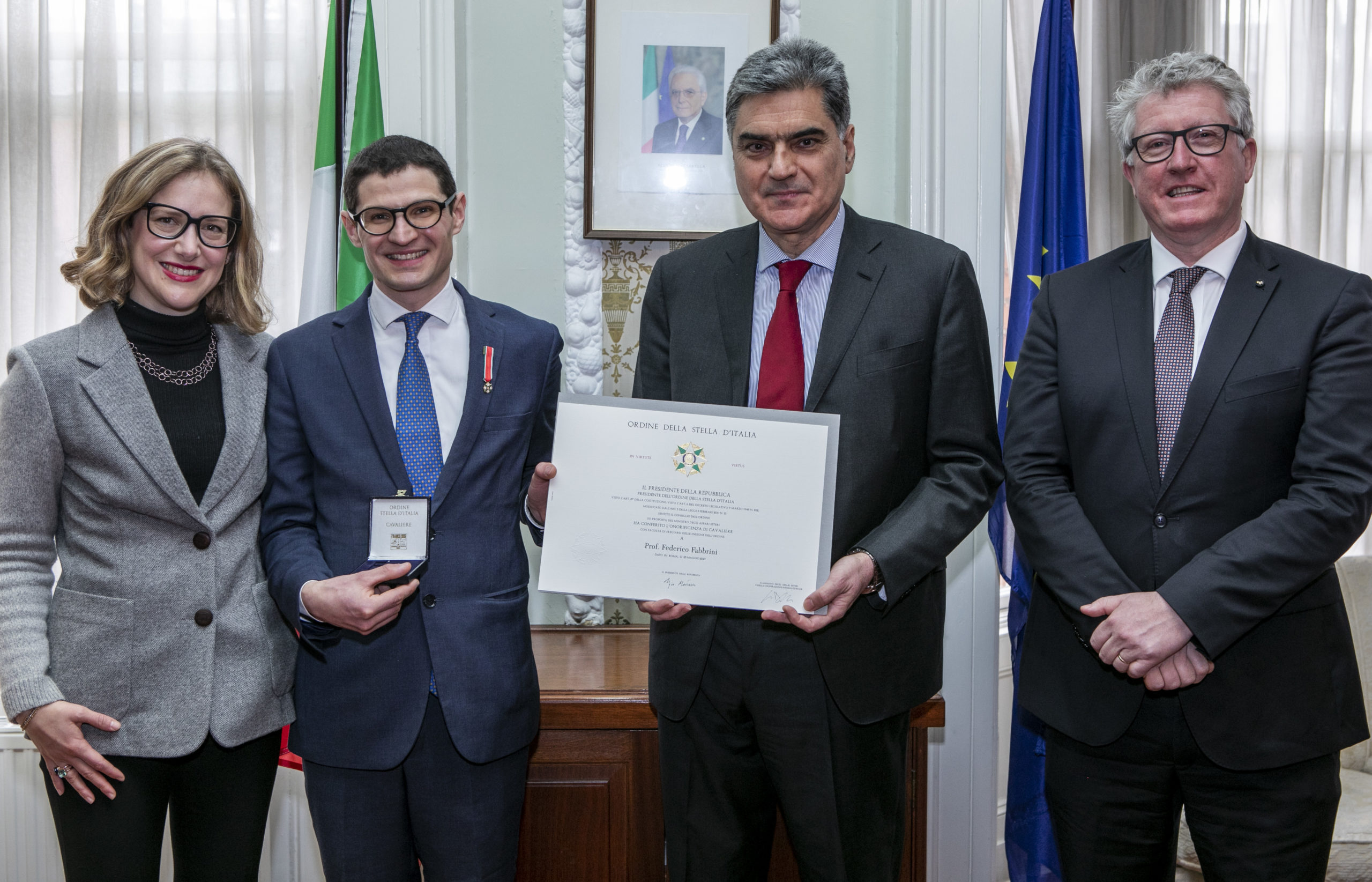 Congratulations to Professor Federico Fabbrini, Professor of EU Law in DCU’s School of Law and Government and Founding Director of the DCU Brexit Institute, who has been honoured by H.E. President of Italy, Sergio Mattarella

The ‘Order of the Star of Italy’ is a knighthood given by the President to those who have honoured their country overseas, preserved and promoted national prestige abroad, promoted friendly relations and co-operation with other countries and ties with Italy. Professor Fabbrini was knighted in recognition of his scholarly achievement.

“Federico is a truly deserving recipient of the ‘Order of the Star of Italy’ award. He has been tireless in his efforts to promote European understanding and cooperation through his leadership of the DCU Brexit Institute and his exceptional scholarship. On behalf of the DCU community, I want to congratulate him on receiving this honour which is also a reflection of the important collaboration between DCU and Italy.”