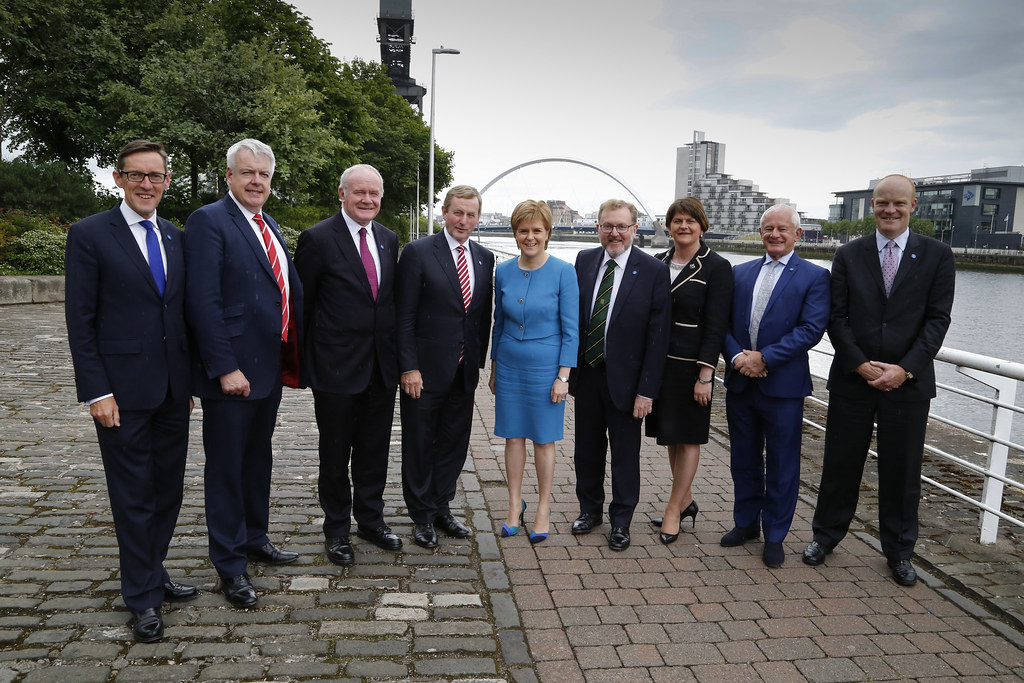 The transformation of the relationship between the United Kingdom (UK) and Ireland – embodied in the 1998 Belfast/Good Friday Agreement (B/GFA) – was the product of a range of factors. The British and Irish governments gradually converged upon a broadly shared analysis of the ‘Northern Ireland (NI) problem’; they were brought together by the European Union (EU); and were supported, where appropriate, by the “prestigious third actor” that is the United States (US). As well as these macro-level developments, however, the successive British-Irish agreements of 1985-98 were highly contingent upon the relationships formed between key British and Irish elites. These functioned as a safeguard against any faltering at the government-to-government level, maintaining the essential aspect of contact, and collaboratively working together to achieve solutions. From 2010 in particular – where the strong commitment of Tony Blair and Bertie Ahern was in the rear-view mirror, and the governments were faced with other pressing matters – such relationships became much more limited in nature. The “thunderbolt” of Brexit – as Prof Cathal McCall rightly describes it – has exacerbated this to a new level, with the difficult member state-third country dynamic constraining new partnerships—as the short-lived, yet highly successful Simon Coveney-Julian Smith instance demonstrates.

The 1985 Anglo-Irish Agreement (AIA) – which moved the NI issue from an ‘internal’ UK state matter, to a British-Irish intergovernmental one – was a major breakthrough in the east-west relationship. It was aided by the more conciliatory atmosphere between Margaret Thatcher and Garret FitzGerald (dating back to their interaction as party leaders in Europe, according to Lord Chris Patten), in addition to the pro-accord position signalled by actors in the US political system due to the influence of Irish-America. However, the “groundwork” of the AIA from 1983 was done by Lord Robert Armstrong and Dermot Nally – the British and Irish cabinet secretaries who met and became friends while sherpas during Ireland’s 1979 rotating Presidency of the Council of the EU. They were determined to achieve progress in the British-Irish relationship – with the British side frequently challenging their Prime Minister – and such was the strength of their network that at their annual gatherings thereafter they would wear ties emblazoned with “AN” (Armstrong/Nally). Michael Lillis – a senior member of the Irish team – would gift a pike used by the United Irishmen during their 1798 rebellion to his British counterpart Sir David Goodall in recognition of his efforts and his own Irish background. It is said that it took pride of place in his Delhi residence when Goodall was High Commissioner to India from 1987 to 1991.

The importance of key relationships among elites extended into the 1990s timeframe, with the 1993 Downing Street Declaration benefitting greatly from the positive dynamic Nally and colleagues enjoyed with Lord Robin Butler and the late Sir John Chilcot. Both Butler and Chilcot would later be involved with the high-profile business of investigating the Iraq War; yet it was this part in the “transition from war to peace” in NI that they regarded as the thing in their career they were most proud of. Alongside this nucleus were the wider exchanges maintained by Sir Roderic Lyne and Dr Martin Mansergh, something that was vital, for example, for clarifying intentions when the negotiation reached a point of crisis just prior to the famous Dublin Castle summit of 3 December 1993. The partnership between Seán Ó hUiginn and Sir Quentin Thomas – the respective heads of the Irish and British NI operations from 1991-97 – yielded the 1995 Framework Document which laid out much of what would be contained in the B/GFA.

There was no relationship closer than that of the B/GFA premiers Tony Blair and Bertie Ahern, and their tenures also coincided with the introduction of female voices such as Barbara Jones (current Ambassador to Mexico) on the Irish side, and the “late, great” Dr Mo Mowlam on the British side (as her Irish opposite, David Andrews, wrote in his memoirs). In the company of then European Commission President Jacques Santer, Mowlam and Andrews notably jointly addressed and thanked the European Parliament for the EU’s role in NI following the B/GFA’s signing. As with the AIA and DSD negotiations, the ‘totality of relations’ were at play, with Blair’s Principal Private Secretary Sir John Holmes – who had done the heavy lifting on the British side – recalling of his Irish counterpart Paddy Teahon that “we would speak several times a week on the phone and I would visit him and he used to visit me”. It was these two that “pretty much did the business”, as is documented in Alastair Campbell’s diaries, when it came to ironing out the outstanding issues preventing an agreed UK-Irish position on the negotiations a week out from the agreement.

Bertie Ahern, who irrespective of recent headlines has been one of the most responsible voices in the Brexit context, told me frankly that there isn’t the same quality or quantity of people working the British-Irish (NI) relationship. He diplomatically extends this observation to both sides – “like an old football team that runs its course and then guys retire and move on” (losing those that have “grown with” the issue) – but says whereas it is still somewhat of a priority for Ireland, “there is nothing in No 10 – I think there is one person dealing with the Irish table… you know, there’s probably two dealing with the Irish table in China”. This is a sentiment that has been expressed to me as well by former senior figures on the British side – who again tend to highlight the element of its operations in NI (and by extension, in Ireland) being inadequate.

Undoubtedly there is more nuance to the British-Irish relationship than the Brexit narrative suggests; the current Principal Private Secretary of the Northern Ireland Office is by origin a Corkman. But Brexit both identifies a problem – that the rigour of British-Irish cooperation had dangerously waned – while posing the greatest challenge to its remedying. Ireland – to its geopolitical benefit – is perhaps the most committed member of the EU27; whereas the UK, as its former EU Permanent Representative Sir Ivan Rogers relays, is committed to a new (or some might say, old) vision of “sovereign states”. There is therefore an inherent limitation to the UK-Irish side of things because the current British government is intent on a global order that “doesn’t really have a place for the European Union”. As Rory Montgomery writes, to protect its standing within the EU, Ireland will have to be “very cautious” about being seen to be “too close an ally of the UK”.

Amidst supply-chain issues, mounting sleaze allegations, and talk of Peppa Pig, however – not to mention the disapproving looks from the US – it is not as clear that the Johnsonian Brexit is as likely to hold as the 2019 British General Election suggested. By potentially nixing the EU-UK Trade and Cooperation Agreement, the triggering of Article 16 could be the death knell for it – compounding post-Brexit trade losses reportedly 178 times more substantial than the gains made. It also does not bode well for the current British government that it continues to pick fights with the ever-formidable Whitehall – which despite the government’s rather aggressive efforts to people it with ‘friendlies’, retains it independence, with a considerable cohort not sharing the Brexit Minister Lord Frost’s “fundamentalism”.

The ideological sacking in February 2020 of the then Northern Ireland Secretary of State Julian Smith – who with the then Irish Tánaiste Simon Coveney had just restored the NI Assembly after three years of suspension – typified the newfound aversion to ‘getting too close’. Smith was a pro-Remainer who consistently supported a ‘soft’ Brexit, reverting with Coveney to the strong intergovernmental approach that had been so essential to the transformative 1985-98 period. While this sort of joint executive management may not be viable for the foreseeable future, it is desirable from the perspective of progress in NI that like-minded (or, failing that, just pragmatic) background players are again given licence to take up some of the mantle from the political representatives. After all, the story of the NI peace process is as much a story of the determination, collaboration, and imagination of experienced British-Irish civil servants than it is of the national governments of the day.

Darren Litter is a PhD Candidate in the School of History, Anthropology, Philosophy and Politics at Queen’s University Belfast.nor