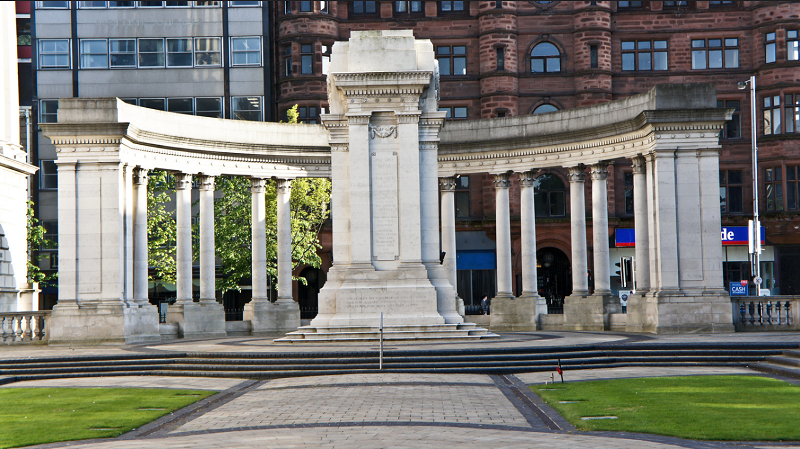 We’ve finally got a Brexit Deal – But where now for Northern Ireland?

Like a modern telling of A Christmas Carol, a trade deal was finally cobbled together between the United Kingdom and the European Union on Christmas Eve, just before the ghost of Brexit Yet to Come, could condemn the ungrateful Scrooge, (played by Boris Johnson) to his fate. Just before the transition period ran out, the UK signed up to the EU-UK Trade and Co-Operation Agreement, which, together with the Northern Ireland Protocol, looks set to govern political and economic relationships across these islands for at least the next generation. But unlike the Dickens classic, where a chastened Scrooge is reformed by the experience, it is far from clear if Northern Ireland’s Brexit tale will have a similarly happy ending.

There are now two main areas of debate relating to the political and economic consequences for Northern Ireland. The first sits at the operational end of the Protocol, in terms of how Brexit will affect day to day life for people living in Northern Ireland and businesses in Great Britain trying to transport goods across the Irish Sea. The second is less immediate but perhaps more fundamental, namely, what does Northern Ireland’s unique Brexit experience mean for the Union and the prospect of a Border Poll on Irish reunification in the years ahead?

As regards the first issue, it has become clear since the end of the transition period on 1 January, that Northern Ireland will experience Brexit differently from everyone else living in the UK. As a result of the NI Protocol, heralded by Prime Minister Boris Johnson as a ‘fair and reasonable compromise’, Northern Ireland will have a significantly different type of Brexit to those living in Great Britain. In effect, the Protocol places an internal trade border within the UK, between GB and NI. While the Northern Ireland Secretary of State Brandon Lewis had the chutzpah to send out a tweet on 1 January saying that there was ‘no Irish Sea border’, this was treated with derision by his political opponents.  A few days later, giving evidence to the Northern Ireland Affairs Committee in the House of Commons, Lewis preferred euphemisms such as ‘new situation’ and ‘new processes’ to the ‘b for border’ word, when discussing the difficulties experienced in moving some goods across the Irish Sea.

The first few weeks of January did see a significant degree of disruption to the supply chain for goods coming from Great Britain into Northern Ireland, either because the correct paper work was missing, or because food suppliers themselves had decided to rationalise the range of products they transported to supermarkets in Northern Ireland. DUP MP  Ian Paisley condemned the first few weeks of the New Year as ‘an unmitigated disaster for trade’ and demanded that the British government invoke Article 16 of the Protocol. This was a clause that allowed either the UK or EU to take ‘appropriate’ unilateral action to safeguard economic interests if there was evidence of ‘serious economic, societal or environmental difficulties that are liable to persist’.

What some people viewed as short term teething problems, others saw as longer term malign damage to the Northern Ireland economy. Agriculture Minister Edwin Poots claimed on 14 January, that the supply chain problems caused by the Protocol meant there was a risk that hospitals and schools in Northern Ireland would run out of food at the end of the 3 month grace period in April.

Boris Johnson said that he would not hesitate to trigger Article 16 if ‘some piece of bureaucracy is misapplied’, but there was enough wriggle room in his language for this to be put on the longest of fingers. In any event it was the EU that drew first over Article 16, with the Commission threatening to invoke it in a row with the UK over the supply of the AstraZeneca/Oxford Covid-19 vaccine. They backed off doing so due to the consternation it caused in Ireland – uniting almost all shades of opinion against its seeming willingness to precipitate a hard border in Ireland.

With the fingers of the EU and UK both hovering over the Protocol’s nuclear button, it is clear that the politics of Brexit are going to continue for some time and Northern Ireland is likely to remain the perennial fly in the ointment in the ongoing relationship between the UK and the EU.

When both sides contemplate the mutually assured destruction that triggering Article 16 would produce, it is likely to be within the UK-EU Joint Committee that the real work is done to maintain the relationship.

While some initial problems in the supply chain from GB to NI have now been resolved, other changes are likely to be more permanent, as GB businesses seek to avoid the additional administrative and financial costs of exporting to Northern Ireland. There is already evidence that some businesses are trying to bypass GB altogether and strengthen transport links between the Irish Republic and ‘mainland’ EU. Stena took the decision in January to reposition its brand new ferry the Stena Embla from its Belfast/Liverpool route to its Rosslare/Cherbourg crossing, in what it declared as a ‘Brexit busting move’ designed to meet the increased demand for routes between Ireland and the rest of the EU.

Aside from the operational dimensions of Brexit, there are also a number of second tier political issues that are likely to become increasingly significant over time. One relates to the Protocol itself in that the future of the current arrangements will be determined not by the UK government, but by a vote in the Northern Ireland Assembly. It is the Assembly that will have to take a decision in 2024 (and periodically thereafter) on whether or not to remain in regulatory alignment with the EU. In effect this means that a political tug of war is likely between unionists, who may want the Irish Sea border to be removed, and nationalists, who may prefer it to remain. While there is little attention being given to this at the moment with all of the anxiety surrounding supply chain issues, it will almost certainly dominate the 2022 Assembly Election.

The other equally important issue is more existential, and relates to assessments of whether there is now a border within the UK that separates Northern Ireland from GB – and what this might mean for the political, economic and cultural Union between Northern Ireland and Great Britain. This has also turbo-charged discussions about whether constitutional change is desirable or even inevitable, via a border poll on Irish reunification. What was once an academic thought experiment is now a live political issue within Northern Ireland as well as for the government of the Irish Republic, who would also have to hold a referendum on the question. The British government is being intentionally vague on the issue but is coming under increasing pressure to clarify the basis upon which it would trigger a border poll, as set out in the terms of the Good Friday Agreement (GFA) in 1998.

Whatever happens from this point forwards, we are certainly in a new era. Brexit has been done, the transition period is over and the grace periods set out will shortly come to an end. Northern Ireland now has a different set of economic pressures (as well as some opportunities) to those that will apply in Great Britain. It is highly likely that due to its regulatory alignment with the EU (as set out in the Protocol) Northern Ireland’s economy will integrate further with that of the Irish Republic and as the former UK Chancellor George Osborne bluntly put it: ‘the politics will follow’.

For Dickens fans, we have transitioned now from Scrooge to Thomas Gradgrind, who might describe the UK’s relationship with the EU as he sought to define a horse, but as with the ‘quadruped’, will never understand its essence.

The next chapter in the Brexit saga might be more a case of Hard Times, than Great Expectations.

Feargal Cochrane is Professor Emeritus in the School of Politics and International Relations at the University of Kent. His new book Northern Ireland: The Fragile Peace is published by Yale University Press on 9 March 2021)