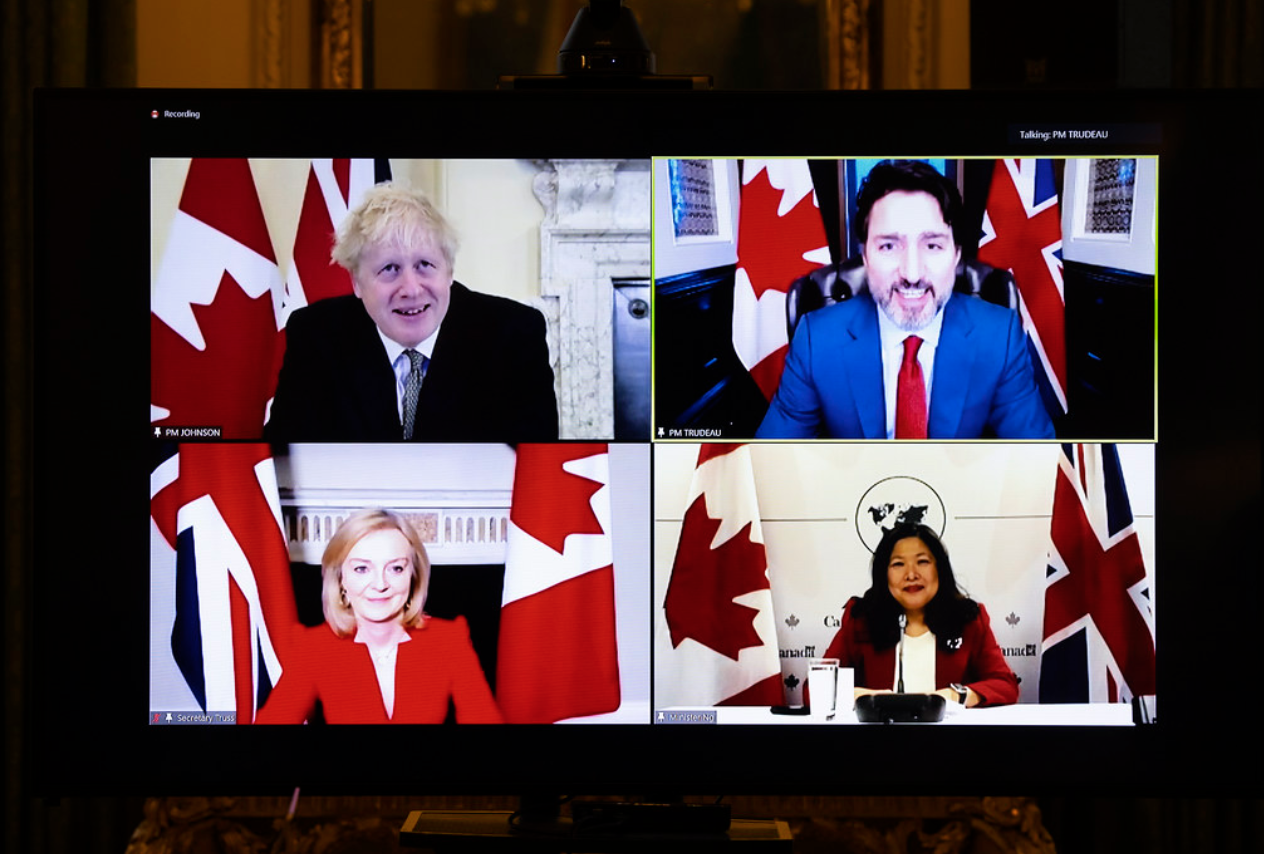 The UK struck a new free trade agreement (FTA) with Canada over the weekend, ahead of the 31 December Brexit deadline after which the EU-Canada Comprehensive Economic and Trade Agreement (CETA) would cease to apply to the UK, leaving it to trade with Canada under the less generous terms of the World Trade Organization (WTO). The interim deal will replace the UK’s current agreement with Canada under CETA until a new enlarged formal pact can be negotiated next year. The Canada FTA marks the UK’s first post-Brexit deal with a major Commonwealth economy, beating Australia and New Zealand, both of which are currently negotiating with the UK and with whom the UK expects to secure FTAs in the coming weeks. In conjunction with the UK-Japan CEPA, concluded last month to much fanfare, the Canada agreement represents another step towards the UK’s expected accession to the Comprehensive Progressive Trans-Pacific Partnership (CPTPP) an 11-nation megaregional which is poised to capture global economic shifts towards the Pacific region. While trade agreements typically make a minor impact on GDP, these are all positive developments that should help the relevant countries recover from the damage wrought by the Covid-19 epidemic.

Replicating CETA’s elimination of tariffs on 98% of all exports, the UK-Canada FTA will provide certainty for UK businesses who deliver more than £11 billion in goods to Canada every year including almost a £1 billion worth of automobiles. A full text of the agreement has not been provided and it is not clear how precisely it will replicate CETA, for example in relation to institutional provisions that require cooperation with EU bodies. Nor is not clear whether the UK will accept CETA’s controversial investment court system contained in that agreement’s investment chapter. Many of these details may not matter much if the interim FTA is replaced by a formal agreement which goes beyond CETA in terms of tariff reductions and market access within a short time frame.

Since CETA went into force in 2017, some Canadians had complained that too much market access had been granted to the EU in relation to certain sensitive agricultural products, notably cheese. Canada’s international trade minister was quick to point out that the new UK deal does not give additional market access to Britain for these products, raising doubts as to whether an expanded FTA between the two countries would ever do so. The Canadian agricultural sector has further criticized existing market-access issues under CETA through which Canadian producers have faced certification challenges to gain access to the EU. For such exporters, the UK-Canada transitional arrangement merely reinforces an unacceptable status quo regarding non-tariff obstacles to trading across the Atlantic. A future, permanent UK-Canada deal must work to unravel these barriers which were imposed at the behest of the EU regarding strict certification procedures. A comprehensive FTA with the UK should also grant more market access for services, not only eliminating nationality-based restrictions (as CETA did) but granting expanded recognition for professional qualifications.

Still, as the UK still struggles to establish its trading relationship with the EU more than four years after the Brexit vote, the symbolic significance of the UK-Canada deal must not be underestimated. While Canadian Prime Minister Justin Trudeau had initially promised that Canada would roll over the CETA in time for Brexit, Canada had hesitated over the last year, in part due to the UK’s generous temporary WTO Most Favoured Nation (MFN) tariff offerings announced earlier this year. More recently, Trudeau had lamented that UK negotiators did not have enough ‘bandwidth’ to commit to the negotiations, an off-hand remark that was quickly picked up by the British media keen to downplay the UK’s ability to make trade deals on its own. The UK-Canada interim FTA is another achievement of the UK’s department of international trade and further evidence that the UK is fully willing and able to make good on its commitment to ‘global Britain’.

David Collins is Professor of International Economic Law at City, University of London