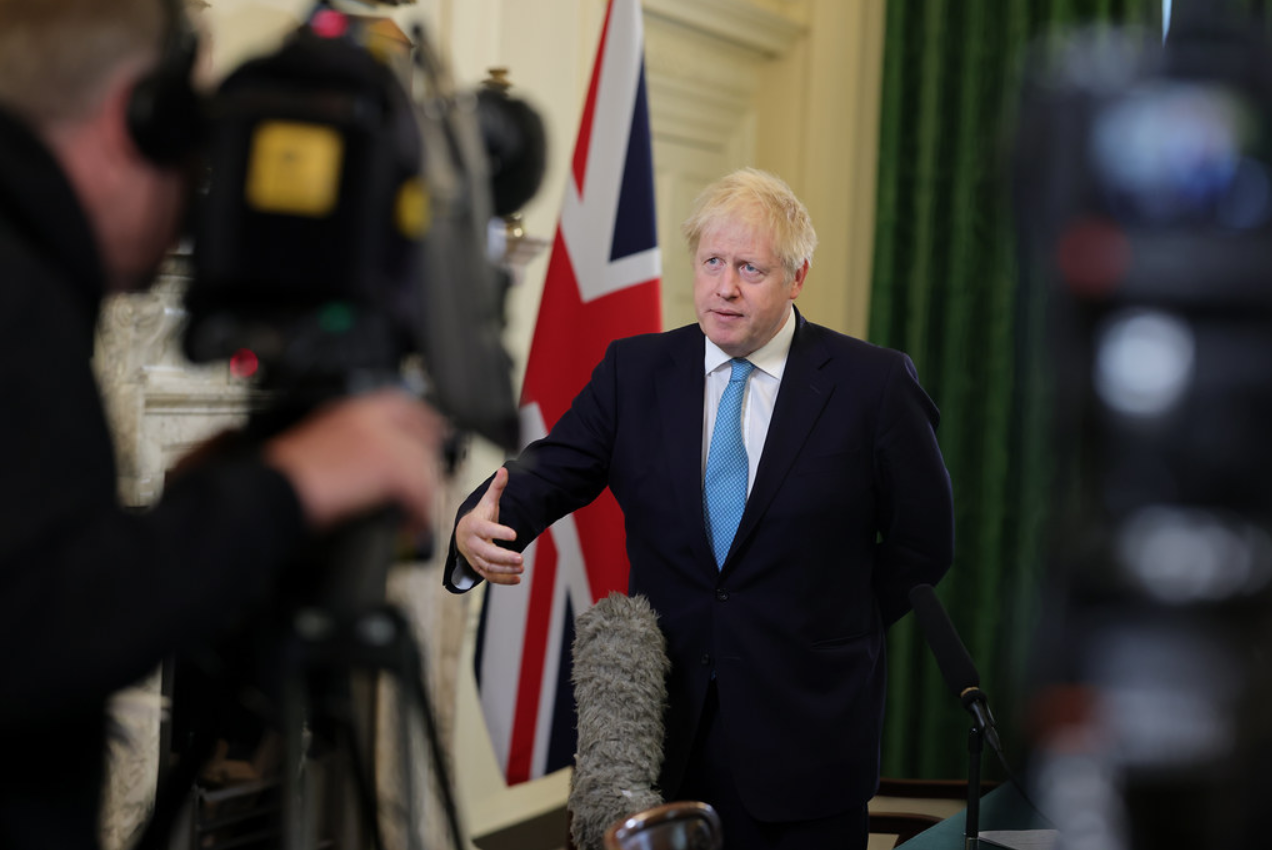 Deal or No Deal? EU-UK Negotiations Have Hit the Wall, but the End is Not in Sight

The hard ball negotiation just got harder still. The Brexit news last week was depressing but unsurprising. Depressing because ‘a deal’ would serve both sides by helping diplomatic relations, benefiting mutual security, and serving the needs of industry and jobs. It would bring a collective sigh of relief in Ireland, the EU member state most at risk from a no deal outcome. The news was unsurprising because both sides have been consistent. The UK has stuck to, and even solidified, its ‘red lines’, quitting the single market and customs union, and rejecting any European Courts jurisdiction. The EU has remained steadfast in defending the interests of its member states and single market.[i] Nothing has changed.

I argue that the media focus on ‘deal’ or ‘no deal’ is probably a misrepresentation. Instead, something less clear, a fudge rather than cake, will emerge following the current transition period. First, I suggest that differences in political culture mean a comprehensive trade deal was never a feasible outcome. Secondly, I explain that no deal is unlikely because of the scale of damage to both sides – although much worse for the UK. For this reason the onus is on London to move, contrary to what British politicians are saying.[ii] Thirdly, I address three areas crucial to agreement: fishing, state subsidies and governance.[iii] In conclusion, I take a punt on where this is heading, perhaps unwise in these times of uncertainty and Covid-related anxiety.

Boris Johnson won his December 2019 election with the slogan ‘Get Brexit Done’, a clear mandate for a ‘hard Brexit’, including control of borders, and fishing rights in UK territorial waters, issues where emotions run high.

Brexit has highlighted divisions in the UK, but also a divide in political cultures between Britain and the European Union.[iv] There is much incomprehension of how the other side thinks and works. The EU is a multi-institutional, rule-based regulatory system that operates through compromise and consensus. It is also intergovernmental, and within its continual negotiating processes, no-one gets all they want. Moreover, power sharing in coalition governments is commonplace across the continent, intrinsic to political cultures. This is anathema to a majoritarian, adversarial polity like the UK, used to ‘winner takes all’ outcomes. The UK’s limited devolution, more evident during the Coronavirus crisis, is relatively recent. Brexit reflects all of this: the Johnson government is comprised of sovereignty absolutists, resistant to the notion of sovereignty as fungible and compromised in a multipolar world of interdependent states, many integrated within regional intergovernmental institutions. States and sovereignty are constrained by international agreements and most economies are primarily regionally oriented.[v] Brexit therefore swims against the international norm.

For Britain, with a Prime Minister who appears to admire Donald Trump more than President Macron or Chancellor Merkel,[vi] the hard outcome was always inevitable, despite the promises of ‘the easiest trade deal in history’,[vii] frictionless trade,[viii] and even remaining in the single market, a Leave campaign assurance in 2016.[ix] Since the referendum, positions have consolidated.

No deal – a frightening prospect

Where is this now heading? Despite the rhetoric from London on Friday last, and the blaming on both sides,[x] a deal is still possible, given that the alternative is surely unthinkable.

No deal would mean tariffs on goods and agricultural products, with immediate and massive disruption to production and component supplies, further harm to UK industrial and agricultural exporters already struggling with Coronavirus.[xi] Disruption to food and medical supplies will immediately impact consumers. HGV parks will appear in rural areas and queues of trucks will block roads.[xii] Activation of the UK’s Internal Market Bill, judged by many experts as illegal under international law, will threaten the Good Friday Agreement, endangering the fragile peace in Northern Ireland.[xiii]  Given that financial services is worth £132 billion to the UK economy, around 6.9 per cent of GDP in 2018,[xiv] and 43 per cent consists of exports to the EU, Brexit-related disruption is worrying. For banking, currency clearance and insurance, reduced European business is likely, though some firms will find new opportunities.[xv] Manufacturing, constituting 17.4 per cent of GDP, will be substantially affected, especially industries with European supply chains and just-in-time delivery, such as the automotive sector.[xvi] This weekend in the Financial Times, an alliance of industrial, agricultural and financial interests expressed horror at the prospect of no deal.[xvii]

No deal will also damage EU exports to the UK, about 17 percent of EU-27 total. Irish foods and agriculture are especially vulnerable, along with German manufacturing, but the UK accounts for only 6.6 percent of total German exports and 2.6 per cent of the German economy. Belgium, Netherlands, and Ireland have a larger stake in tariff-free trade with the UK.[xviii]

No deal would compromise police and judicial cooperation, disrupting vital information-sharing in combatting organised crime and international terrorism.[xix] On defence and other security matters, intense French-British cooperation would likely be compromised by toxic relations in other fields.[xx] Brexit already excludes the UK from the military components and encryption software in the EU’s Galileo satellite system,[xxi] something the UK will not afford to replace, even if it were technologically feasible. Given this dismal outlook, the UK probably still hopes for a minimal trade agreement that Johnson will hail as a great personal achievement against all odds.

We must hope that the recent combative language is merely negotiating brinkmanship, but three obstacles to a deal stand out. First, fishing, where the divide is bridgeable. France and others will take a hit on access to British waters, with some compensation in taking up the British North Sea quota. UK fishing, which is overwhelmingly based in Scotland, will still want to export 80 per cent of its seafood catch to the EU. Moreover, the UK may come to realise that it sold off much of its quota in the 1980s/90s, and it would be expensive to buy this back.[xxii]

The second major dispute concerns state aid, again this is surmountable. It is ironic that a right-wing Conservative government argues over state aid given that Conservatives have been historically parsimonious in this area compared with continental governments.  Nor does the Commission oppose state aid where it is motivated by social need, supports viable industries, and does not undermine competition. The UK should be explicit on how it intends to use subsidies and accept guarantees against giving unfair competitive advantage to UK firms trading in the single market.

The third big issue is governance: the institutional regulation of future trading arrangements. London will have to give way unless some parallel structures to the EU Court of Justice emerge, such as a bilateral, independent dispute resolution instrument. Its terms of reference must embrace EU law on environmental protection, food standards and labour rights. The UK must guarantee no slippage in these areas. This is the biggest threat to even a minimal agreement covering goods and transportation.

Hardcore sovereigntists may ‘win’ – but the game is far from over

The most hardened Brexiteers are intent on unalloyed British sovereignty and have no interest in upholding any EU single market law. This threatens even a bare-bones post-transition arrangement. Some Brexiteers, such as former Labour MP Baroness Gisela Stuart,[xxiii] or former Trade Secretary Lord Peter Lilley,[xxiv] see regaining sovereignty as the means to achieve long term economic prosperity.

If the thinnest deal remains out of reach, the best UK exporters can hope for, including those in the vital services and financial sector, is that the transition is, after all, extended. This may happen. The EU-UK relationship will be a moveable feast under continual revision, negotiation, discussion, and dispute settlement for years to come. The post-transition train will travel onwards towards an unknown destination. One thing is certain: it will not be called transition. The likeliest prospect is not ‘no deal’, nor ‘a deal’, but a fudge. Welcome to the never-ending Brexit.

[xxiii] Gisela Stuart (2018) Yes, Brexit is difficult but that is no excuse for not doing our jobs. 5 December. The House. https://www.politicshome.com/thehouse/article/gisela-stuart-yes-brexit-is-difficult-but-that-is-no-excuse-for-not-doing-your-jobs