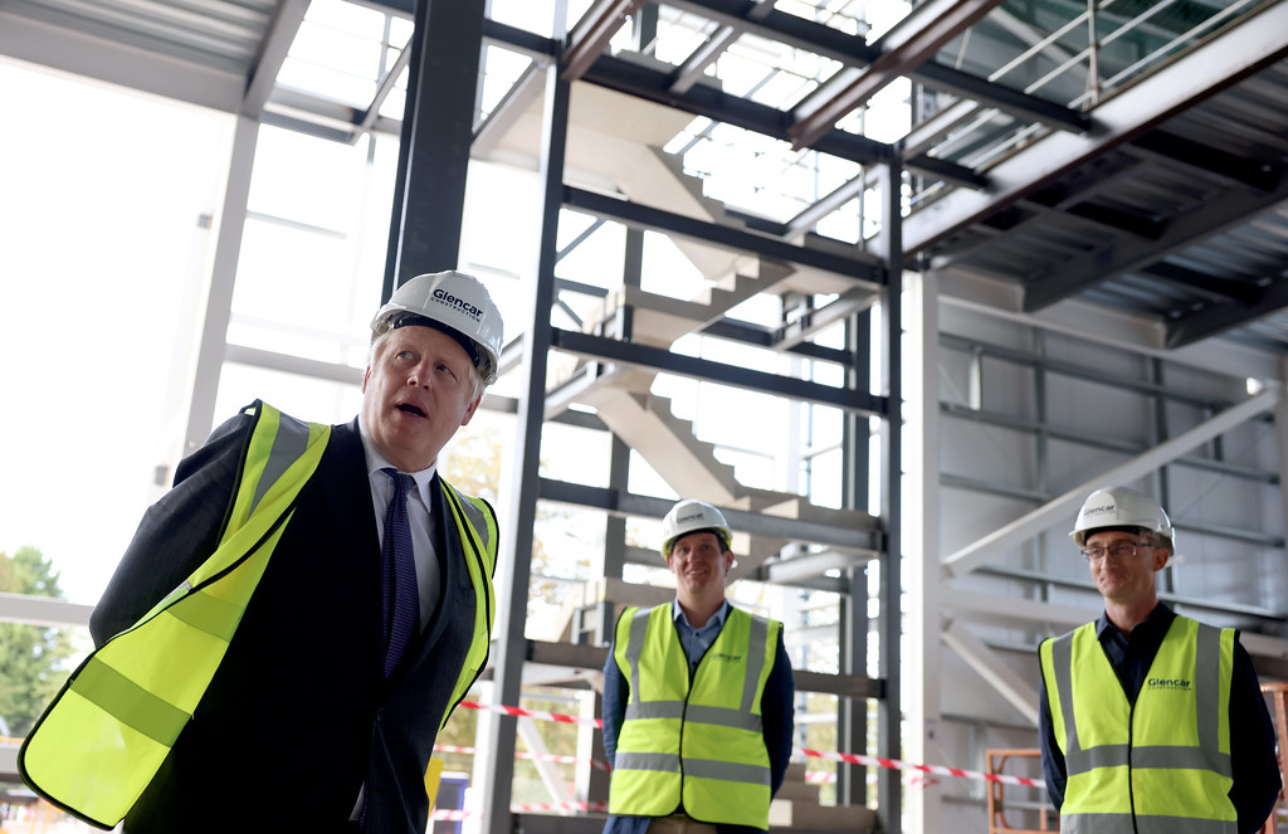 The Ministry of Justice issued a consultation paper on Retained EU Case Law on 2 July 2020, seeking views on the exercise of the powers contained within Section 6(5A) of the European Union (Withdrawal) Act 2018 (“the 2018 Act”) that were inserted by Section 26(1) of the European Union (Withdrawal Agreement) Act 2020 (“the 2020 Act”).  These powers allow the Government, inter alia, to designate additional courts and Tribunals (over and above those already given the power via Section 6(4) of the 2018 Act) as having the ability to depart from retained EU case law.  The consultation paper contains three options for such designation (Consultation paper, question 2, page 30):

This post argues that there is a fourth option that merits serious consideration: use of the Supreme Court or another judicial panel as a domestic reference court to decide points relating to retained EU case law for all courts and Tribunals, akin to an Article 267 reference to the CJEU.

What is Retained EU Case Law?

Retained EU case law is defined in the 2018 Act (as amended) as being “any principles laid down by, and any decisions of, the European Court, as they have effect in EU law immediately before IP completion day” (Currently 31 December 2020 at 11 pm under Section 39(1) of the 2020 Act) as modified by or under the 2018 Act or other domestic law.  The principles and decisions must relate to:

There are some exceptions to what is encompassed by the definition, notably for principles and decisions relating to certain laws passed after exit day, for certain aspects relating to the Charter of Fundamental Rights and for matters covered by the Withdrawal Agreement. Further carve outs are listed in a schedule.

Importantly, retained EU case law is not to be conflated with retained EU law more generally.   Courts are not being empowered to override onerous statutory provisions derived from EU law nor to depart from unpopular regulatory obligations contained within directly applicable EU measures, but merely to depart from principles and decisions of the European Court that might explain how such EU measures are to be interpreted.  In addition, for the Supreme Court (or the High Court of Justiciary), any departure must meet the test they use when deciding whether to depart from their own case law (Under Section 6(5) of the 2018 Act).  As the consultation paper explains (page 25), that test is derived from a House of Lords Practice Statement from July 1966 proposing departure from precedent “when it appears right to do so” and has been developed by case law over time.  If powers are exercised to expand the number of courts and Tribunals that are not bound by retained EU case law, the consultation paper suggests the same test as applicable to the Supreme Court should apply.

Notwithstanding the limitations of the power as a result of the definition of retained EU case law, there is concern that a plethora of cases seeking to relitigate contentious issues will emerge. The Government must balance the need for legal certainty with the desire to allow the law to evolve and “reflect the changing needs of the UK following our departure from the EU” (page 6).  Too many courts with the power to depart from retained EU case law and the first aim may be jeopardised, leading to concerns about legal certainty and coherence and the related risk that the UK will cease to be the forum of choice for litigants; too few and the system has the potential to overburden the Supreme Court with a large volume of complex cases, with the concomitant delays causing the law to “fossilise” (page 7).

The range of courts and Tribunals given the power to depart from retained EU case law will therefore impact on how the workload within the judicial system is managed.  The consultation paper suggests that the tests for permissions to appeal could operate as a constraint on a burgeoning number of cases needing to be considered by the Supreme Court, or indeed the Court of Appeal (page12). However, it seems that if such a system is strictly relied on, it may impose constraints on using the court and Tribunal system as a mechanism to re-evaluate CJEU case law at all, or at least in a timely and cost-effective manner.  Unless all courts and Tribunals have the ability to consider the continued applicability of retained EU case law in the new context, lower courts and Tribunals without the power to re-evaluate the relevant case law would presumably be bound to decide a matter in line with existing CJEU jurisprudence.   Whilst this is akin to the position with domestic case law emanating from higher courts, there is a sense that the Government anticipates that questions concerning departure from CJEU precedent will be more extensive, arise more routinely and be justified more frequently as a result of the UK’s changing status.  It is therefore key to consider whether a system that relies on appeal is the most appropriate, particularly given the UK’s labyrinthine judicial system with its varying grounds and routes of appeal in sectors where EU law is prevalent.

Clearly, opening up the ability to question the continued applicability of retained EU case law to all courts brings with it concerns of manageability and consistency, with the very real possibility that the law could develop differently in different sectors or in the separate jurisdictions within the UK.  Conversely, limiting the power, either to the Supreme Court (and High Court of the Justiciary) or to any higher-level courts and Tribunals, could diminish efficiency, and increase the costs to litigants, thereby raising access to justice concerns.  However, a domestic reference court system could assist.

In the consultation paper, the Government expresses a reluctance to anticipate the types of cases that may be brought (page 15).  However, it is instructive to consider some examples in general terms in order to plot their routes through the system of courts and Tribunals.

Consider an enforcement action in which the continuing applicability of retained EU case law in a particular area is in doubt.  If proceedings are commenced against X for non-compliance, and X argues in defence that the retained EU case law is misguided in the new UK context, is there a need to reach a decision on culpability, based on that retained EU case law, for the question to reach a court or Tribunal with the power to decide whether the retained EU case law should be overturned?  Does it make a difference to the ease with which the question can reach suitably empowered members of the judiciary whether the enforcement action proceeds via the criminal court system or via the Tribunal system according to a statutory appeals procedure?  Wouldn’t it be more straightforward if clarity could be sought from a domestic reference court at an early stage no matter where the initial hearing takes place?

Alternatively, consider a dispute between two parties that turns on an issue related to retained EU case law, say employer and employee as employment law is an area where the potential for cases has been highlighted (page 9).  Is it necessary for a full hearing with detailed consideration of evidence to take place if the point at issue can only be decided by a higher court?  Even if a preliminary issue is identified, would a decision on that issue, presumably based on retained EU case law, have to be reached for the issue to proceed further? Currently, the Employment Tribunal has the power to make an Article 267 reference to the CJEU (Rule 100 of the Employment Tribunals Rules of Procedure 2013). Wouldn’t a similar ability to seek a ruling on the continued applicability of retained EU case law from a domestic reference court be sensible?

A dispute between two operators in a regulated sector is another area where retained EU case law could be relevant, although if the matter relates to competition the position is further complicated by changes to the Competition Act 1998 that, once in force, will essentially permit any court or tribunal (or the Competition and Markets Authority or person acting on its behalf) to depart from certain aspects of retained EU case law if it is thought appropriate in the light of the factors listed in the statute as amended (See Section 60A of the Competition Act 1998, inserted by The Competition (Amendments etc.) (EU Exit) Regulations 2019). Already complexities abound and the risks of incoherence and lack of legal certainty arise.  Again, a domestic reference court might assist.

Who should perform the task is a secondary consideration, but once the principle that a domestic reference court might solve many of the issues raised in the consultation paper is accepted, there are options that could be developed to enable suitably qualified officials to give appropriate consideration to complex issues.  The Supreme Court is one obvious candidate for the role, although it is already stretched.  There are alternatives: one being a specially constituted judicial panel, another being the Judicial Committee of the Privy Council (JCPC).  Constituted of members of the Privy Council who hold or have held high judicial office or people appointed to the committee by another enactment, that body has the power to consider any matter that the monarch thinks fit to refer to it (Section 4 of the Judicial Committee Act 1833). Whilst perhaps predominantly thought of as the highest court of appeal for some commonwealth countries and certain overseas territories and crown dependencies, the JCPC also hears appeals from some less mainstream domestic courts and, prior to 2009, it had jurisdiction over devolution issues.  A role as a domestic reference court to determine the continued applicability of retained EU case law could be a good fit.

A domestic reference court could allow retained EU case law to be developed in a consistent, centralised manner without overburdening the court system with unnecessary appeals and without requiring higher courts to become bogged down in a detailed consideration of the facts relating to a particular issue that was unable to be resolved satisfactorily at a lower level because of an inability to depart from retained EU case law.  Such a system would seem to meet all of the Government’s concerns and to allow the judicial system as a whole to depart from retained EU case law on a consistent basis in an efficient manner that preserves access to justice and minimises administrative burden.

Kate Ollerenshaw is a PhD candidate at the Faculty of Law, University of Cambridge. This analysis was previously published on the website of the UK Constitutional Law Association (UKCLA)