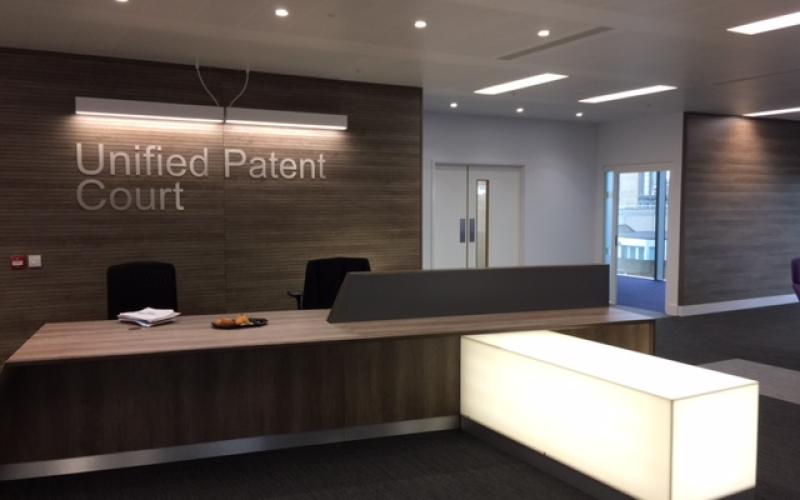 The UK Government Created Expectations by IP Investors to then Breach their Trust, Ditching the Unified Patent Court’s Momentum

Within the portfolio of initiatives dedicated to enhancing EU’s competitiveness and global outreach, institutions in Brussels have long striven for delivering on the promise of a more coherent system of intellectual property, able to compete on equal footing with the US market and an increasingly assertive China, where legislative improvements are daily news and a comprehensive Civil Code modelled on the Italian and German ones’ Roman roots will enter into force next January. Against this background, one solution would have particularly revolutionised the European system of intellectual property protection: a Unified Patent Court (UPC), that is, an institution entrusted with the management of and the resolution of all controversies related to patent rights de facto extended to the whole jurisdiction of the EU. Currently, patents in Europe depend on the European Patent Convention, an EU-independent treaty whereby patents need to be validated in each participating country, whereas the Unified Patent System (UPS) would have homogenised and catalysed such procedure by granting EU-wide judicial protection to patent entitlements.

UK voters decided to leave the EU on 23 June 2016, as a result of a campaign built on Atlanticism, “taking back control”, and regaining sovereignty also from a legal standpoint by insulating the UK legal space from the jurisdiction of the CJEU. Brexit, by itself, was deemed by some to stand as a sufficient ground for investors in the UK to claim damages for the abrupt change in regulatory environment, yet this seems overpretentious a perspective. Nonetheless, frustrated by these premises of populism and uncertainty, the IP community reacted rather enthusiastically when the UK not only failed to withdraw from the UPS, but even took the bold step of ratifying the UPC Agreement (UPCA) on 26 April 2018, a move that countless scholars, lawyers and arbitrators regarded as unfeasible under EU law or at best imprudent. The British Government ratified the Agreement without Brexit-related reservations, and accompanied its decision with a White Paper (see e.g. para. 151) and other formal and informal statements confirming that a UK’s setback on its participation to the project was not an option. Suddenly realising that the UPC would have eroded the independence of the UK judiciary from EU law in patent matters, the UK withdrew from the UPS on 27 February 2020, causing not only dismay in the IP community, but also practically halting the whole process: with Paris, Munich, and Luxemburg, London was one of the intended UPC headquarters; this is the substantial problem urging a rethinking of the whole enterprise, instead of the UK being a necessary signatory for the UPCA to enter into force (a provision that could be simply amended subsequently). It is true that the UPC was also being scrutinised by Germany’s Federal Constitutional Court and that the Court eventually upheld said constitutional challenge on 20 March 2020, but inconsistencies of design with EU law may be redressed relatively rapidly, provided political support holds in order to move forward with such an ambitious initiative. Trapped in between a devastating economic crisis and a no longer participating UK, EU policymakers might now feel tempted to shelve the project for years or even decades. To keep the hopes high, on 15 July 2020 the European Commission expressed its wishes for a swift ratification of the UPCA by Germany despite Brexit, arguing that the UK departure should not legally affect the timely implementation of this essential project for the competitiveness of the EU’s single market. Yet, it is unsafe to remain confident that the CJEU, if requested to rule on the matter, would affirm the same with no qualifications.

In my research article for the Maastricht Journal of European and Comparative Law, I explain why the British mismanagement of the UPC-joining process have betrayed the legitimate expectations of IP investors, who represent a particularly essential category of investors in London due to the City’s financial centre and investors’ recourse to IP rights as a means of transfer pricing. Losing access to the EU patent market is dangerous for investors not only economically strictly speaking, but also owing to a uniform interpretation of the rule of law and to bundles of human rights EU investors may avail themselves of, those human rights being relevant for the protection of patent assets and ranging from property to privacy, from competition to non-discrimination. For instance, the  EU Charter of Fundamental Rights, listed in the Preamble to the UPCA, will become unenforceable, and this happens at a time when the UK’s “legal isolationism” is pressing for receding from the ECHR as well, a truly unfortunate choice that would leave enormous black holes in UK law, particularly in terms of human rights. Moreover, IP investors in the UK would have benefitted twice from a post-Brexit UPC-supported patent environment: first, they would have circumvented the Achmea judgement by taking advantage of BITs between the UK and EU Member States; simultaneously, they would have relied on the protection offered by the UPC thus extending their patent rights across all contracting parties. Furthermore, UPC fees would have proven exceedingly more affordable than private litigation before UK courts, which is a first-class concern for small investors (like most startuppers), chiefly those from developing countries.

In my article I examine in detail each of those grounds, and many more, to conclude that although the UK Government does have a few counter-arguments to its favour (especially related to timing and policy chilling effects), its position under the international law of investments is indefensible, representing a major diplomatic disgrace as well. Indeed, Downing Street was correctly advised against ratifying the UPCA, hence, it knew or anyway ought to have known that its UPCA ratification despite Brexit—employed as a self-celebratory, rhetorical (or possibly appeasing towards EU governments and assuring for foreign investors) device during the difficult Brexit talks themselves—was tantamount to a violation of investors’ fair and equitable treatment, to an indirect expropriation of their IP assets, and to estoppel following a binding unilateral declaration.

Riccardo Vecellio Segate is the Talent Program PhD Candidate in International Law at the University of Macau. This blogpost is conceived and drafted in a personal capacity and it exclusively reflects the author’s analysis and opinions.