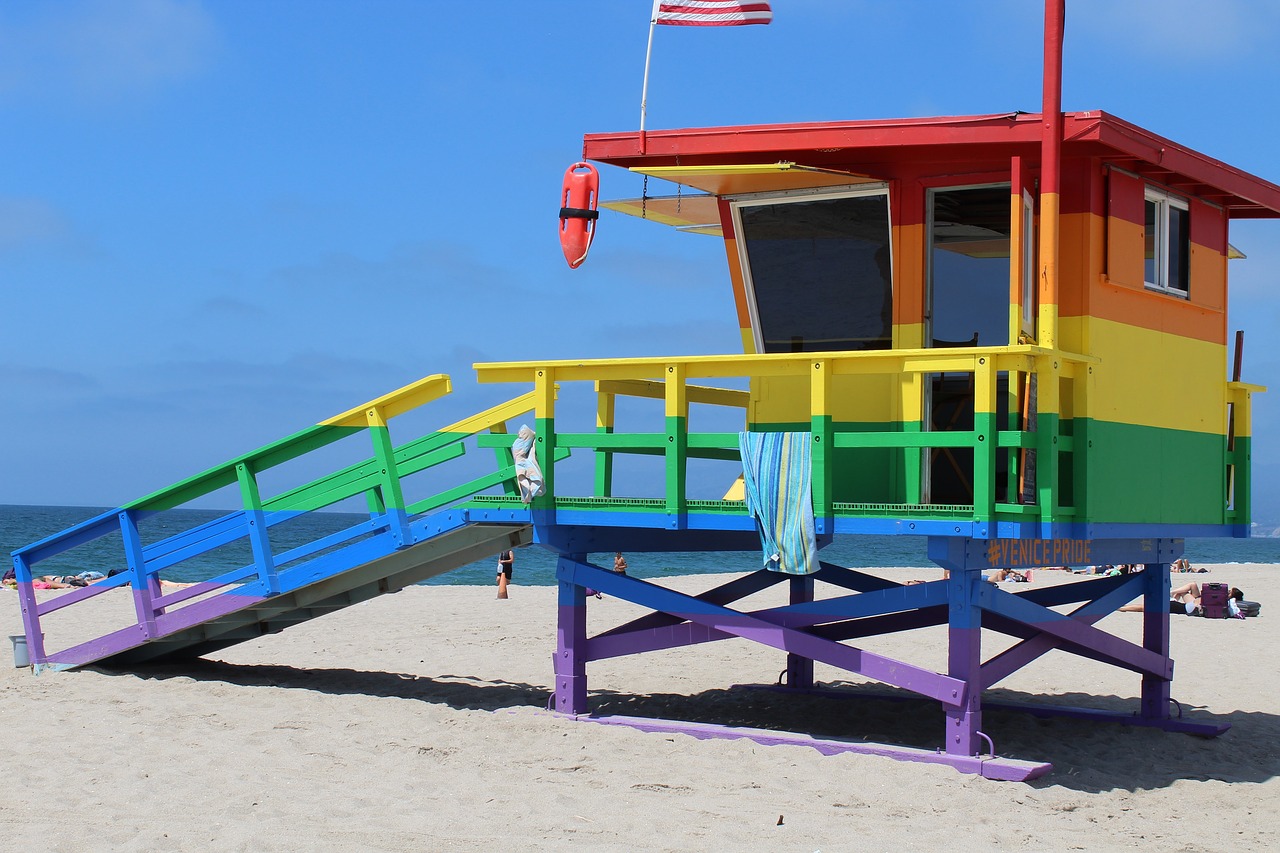 On 23 June 2016, the British people voted in a referendum narrowly in favour of leaving the EU. After a long period of negotiations – and two general elections – the UK left the EU on 31 January 2020; there is currently a transition period until the end of 2020. Brexit has had a significant impact on a myriad of policy areas touching virtually all areas of human life and will, undoubtedly, have important consequences that will be felt far into the future. To date, the bulk of the debate around Brexit has focused on its impact on matters such as trade and migration. This blog post, however, will focus on a largely overlooked issue, namely, the possible effects of Brexit on the protection of sexual minority rights: can Brexit change the equality and human rights landscape for LGBT+ persons in the UK and the EU?

In the last two decades, the UK has been one of the most progressive European countries from the point of view of LGBT+ rights protection, coming joint 7th (with Portugal) – out of 49 European countries – in the latest ILGA Europe Rainbow Map.

Nonetheless, the UK’s approach towards sexual minorities has not always been worthy of applause:[1] consensual sexual acts between consenting adult males were decriminalised in all parts of the country only in 1981, whilst it was only in 2001, that an equal age of consent was introduced. Moreover, under Margaret Thatcher’s premiership, the notorious section 28 of the Local Government Act 1988 was enacted, which provided that a local authority ‘shall not intentionally promote homosexuality or publish material with the intention of promoting homosexuality’ or ‘promote the teaching in any maintained school of the acceptability of homosexuality as a pretended family relationship’; this was only repealed in 2003 with an apology being issued by the then Prime Minister, David Cameron, in 2009.

The 2000s, nonetheless, saw the introduction of a number of important steps towards LGBT+ egalitarianism in the UK. The Civil Partnership Act 2004, enabled, for the first time, same-sex couples to formalise their relationship, whilst the Gender Recognition Act 2004, has enabled trans persons to be legally recognised in their psychological gender, provided a number of conditions are satisfied. These advances in LGBT+ equality had, in fact, been preceded by the (rather unnoticed) extension of adoption rights to same-sex couples via the Adoption and Children Act 2002. In 2010, the Equality Act 2010 was introduced which prohibits discrimination on, inter alia, the grounds of sexual orientation and gender reassignment, in a number of areas which include – but also extend beyond – employment; the Act imposes a duty on public bodies not only to prevent discrimination but, also, to advance equality of opportunity. Marriage equality has been achieved gradually, with England and Wales and Scotland opening marriage to same-sex couples in 2014, and Northern Ireland, eventually, following suit in 2020. Same-sex couples have progressively been granted parenting rights on a par with opposite-sex couples.[2]

However, is Brexit likely to erase the country’s above-mentioned achievements in the area of LGBT+ egalitarianism?

Is Brexit Likely to Have a Negative Impact on the Protection of LGBT+ rights in the UK?

With regards to the protection of LGBT+ rights, the EU has not been above criticism. It is true that the EU does provide some legal protection for the rights of sexual minorities: Art. 21 of the EU Charter of Fundamental Rights (EUCFR), prohibits discrimination on the grounds of sexual orientation in situations which fall within the scope of EU law; Directive 2000/78 requires EU Member States to promulgate legislation which prohibits discrimination on this ground (but only) in the area of employment; and Article 10 TFEU is a mainstreaming provision which provides that ‘in defining and implementing its policies and activities, the Union shall aim to combat discrimination based on’ inter alia, sexual orientation. Moreover, Article 19 TFEU – introduced in 1999 – gives competence to the EU to make legislation aiming to combat discrimination based on, inter alia, sexual orientation, and, thus, there is scope for additional legislation in the future, should the political will exist. Nonetheless, as argued elsewhere,[3] the limits placed on the EU’s powers (i.e. the EU is not a human rights organisation) and obstacles raised by EU Member States with regards to expanding the rights granted to sexual minorities by EU law (e.g. the failed effort to introduce a Directive which will prohibit discrimination based on, inter alia, sexual orientation outside the area of employment) have meant that the EU’s response to the need to protect the rights of sexual minorities appears wanting, leaving numerous gaps in their protection.

Accordingly, and in view of the fact that the UK has already gone beyond the requirements of EU law in terms of the protection of LGBT+ rights, as things stand, it appears unlikely that Brexit will have a direct and immediate negative impact on the legal protection of LGBT+ rights in the UK: previously protected rights will not be lost as a result of repealing legislation whose promulgation was dictated by EU law. After all, there is an ‘apparent lack of political appetite’ for such a step. [4]

On the other hand, what will be lost as a result of the UK’s withdrawal from the EU is the rights that LGBT+ British nationals – as Union citizens – have enjoyed under EU law: in particular, Union citizenship entitles those who hold it to move freely between EU Member States and to be joined in the host Member State by their close family members.[5] In the recent Coman ruling, the CJEU clarified that EU law requires that (LGB) Union citizens can be joined in the host Member State by their same-sex spouse, irrespective of whether that State recognises same-sex marriages. Nonetheless, due to the loss of EU citizenship, British nationals who have contracted a same-sex marriage will – following the end of the transition period – no longer be covered by the Coman ruling and, thus, they will not be able to rely on EU law in order to require EU Member States that have not opened marriage to same-sex couples to accept their same-sex spouse in their territory.[6]

Furthermore, Brexit means that the (minimum) EU safeguards applicable to EU Member States are no longer binding on the UK and, thus, it cannot be excluded that in the future there could be regression in the protection of LGBT+ rights. This danger, as suggested by Danisi et al, would become more real if – as is the wish of some leading Conservative party figures – the UK will, in the future, also withdraw from the European Convention on Human Rights (ECHR) and will repeal the Human Rights Act 1998, which incorporates the former into UK law. Such a move would mean that the floor of protection for sexual minority rights offered by European law will be lost. That possibility is not as far-fetched as may initially look, especially since there has, already, been regression in some other areas, possibly connected to the Brexit referendum and the political and media climate surrounding it, as demonstrated by the rise in hate crime against, inter alia, sexual minorities.[7]

Finally, it should be noted that the EU has not only contributed to the protection of LGBT+ rights through binding legal instruments. Rather, it has been instrumental in shaping an agenda and creating a policy and normative framework that has enhanced the position of sexual minorities, through a long list of soft law instruments.[8] As a result of Brexit, LGBT+ persons who are resident in the UK are no longer able to benefit from this framework as soft law instruments such as the EU Roadmap against homophobia and discrimination on the grounds of sexual orientation and gender identity, and the European Commission’s List of Actions to Advance LGBTI Equality, are no longer applicable to the UK . Moreover, the UK is no longer subject to (soft) ‘supervision’ through submission of data for surveys conducted – and reports produced – by the EU’s Fundamental Rights Agency and other EU bodies. UK-based NGOs and academic institutions are no longer eligible to apply for EU funding to support research or other activities which aim to combat discrimination against sexual minorities and/or to raise awareness regarding the matters concerning LGBT+ persons. Finally, UK-based NGOs will no longer have the opportunity to readily engage with many NGOs and networks of NGOs working in partnership across the EU to promote the cause of LGBT+ egalitarianism.

Is Brexit Likely to Have a Negative Impact on the Protection of LGBT+ rights in the EU?

It is, however, not only LGBT+ persons and other stakeholders engaging in an effort to advance a legal, normative, and cultural change within the UK, that stand to lose out as a result of Brexit. The EU itself loses an important ‘ally’ in supporting its agenda for LGBT+ rights advancement, given – as explained earlier – that the UK is one of the most progressive European countries when it comes to protecting the rights of sexual minorities: not only will EU legislative proposals pushing for more such rights now lose the UK (positive) vote in the Council and the support of LGBT+-friendly UK MEPs in the Parliament, but the UK will no longer be able to use its political clout within the EU to influence other Member States who are more skeptical or indecisive towards more progressive steps in this field. Moreover, Brexit has meant that LGBT+ Union citizens from the EU27, who, under EU law, are entitled to move and reside freely in any EU Member State, have lost access to one the most LGBT-friendly European states.[9]

Alina Tryfonidou is a Professor of Law, at the University of Reading

[2] It should be noted that not all parts of the UK have adopted all measures at the same time. Usually, new legislation is introduced in England and Wales, followed by Scotland, whilst Northern Ireland is usually the last to follow suit.

[6] Coman involved a Union citizen and, thus, the CJEU did not have the opportunity to rule on family reunification rights (and the status of same-sex marriages) in situations involving third-country nationals, where Directive 2003/86 is applicable.