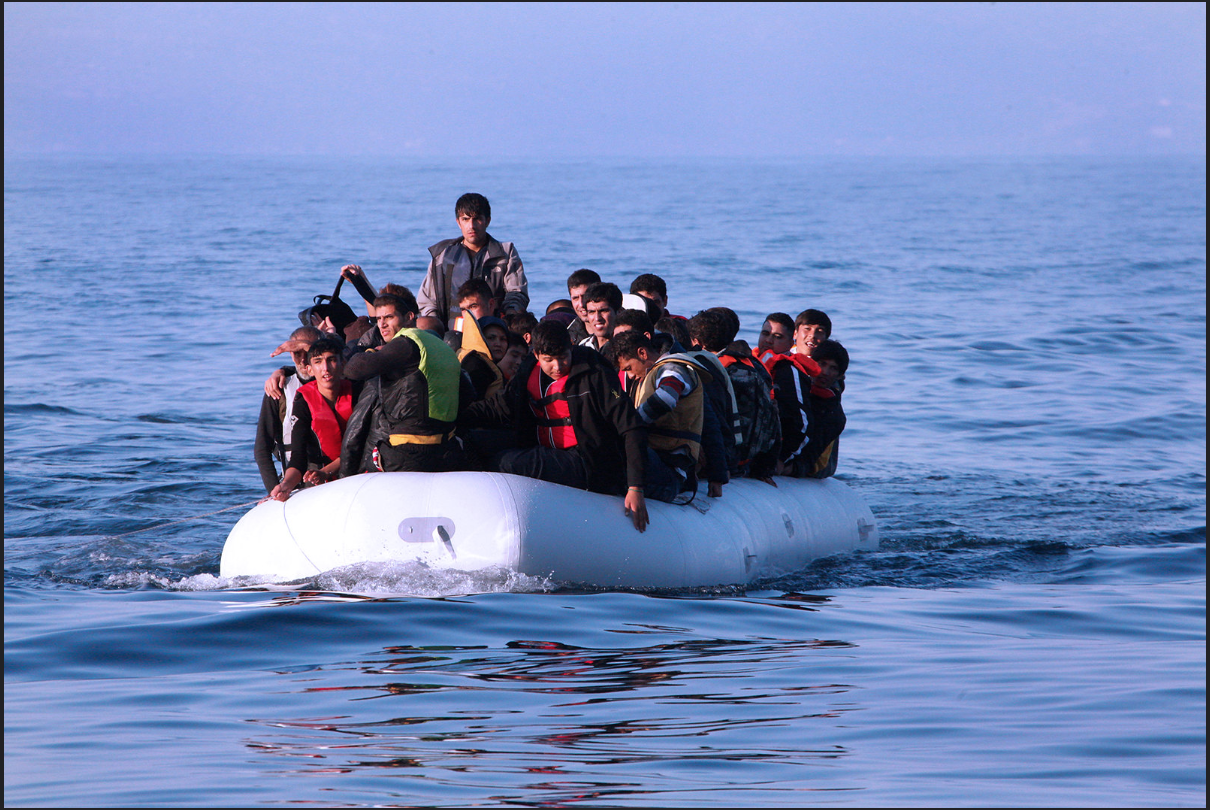 The Humanitarian Crisis at the Greek-Turkish border: The Result of an ‘Explosive’ Mix

In 2015-2016 an unusually high number of people sought asylum in the European Union (EU).[1] This situation – labelled as a ‘migration’ or ‘refugee’ ‘crisis’ – put to the test the freshly recast Common European Asylum System (CEAS). As the CEAS showed its limits for facing this situation, EU institutions – and EU Member States – devised innovative solutions. In spite of their controversial nature, these instruments might have first appeared as emergency measures tailored to exceptional circumstances. In hindsight, their combined and sustained use may now be considered a ‘time bomb’ or an ‘explosive mix’, which largely explains the humanitarian crisis currently taking place at the Greek-Turkish border.

On 28 February 2020, President Recep Tayyip Erdoğan declared that Turkey would no longer prevent people arriving in its territory from entering the EU.[2] By doing so, he clearly referred to the EU-Turkey Statement jointly agreed between Turkey and the Members of the European Council on 18 March 2016.[3] This declaration triggered a wave of anxiety among EU leaders.[4] They expressed simultaneously their indignation that human beings could be used as an instrument for bargaining and their fear that the non-compliance of Turkey with the ‘deal’ could lead to an invasion of the EU territory.[5] In particular, the Greek government expressed its serious concerns over the situation as several thousand of migrants coming from Turkey had started to gather at the Turkish-Greek border.[6] The Greek Prime Minister Kyriákos Mitsotákis invoked the emergency situation it was facing – referring to article 78(3) of the Treaty on the Functioning of the European Union – to declare that Greece would suspend the examination of all applications for international protection for a month, in violation of both European and International refugee law.[7] This political turmoil sparked, in turn, the swift reaction of several non-governmental organisations over claims of serious human rights violations including the death of a four-year-old[8] and systematic push-backs of Greek border guards across the Evros river.[9]  An Extraordinary Justice and Home Affairs Council meeting was convened on 4 March 2020[10] and the Commission presented an Action Plan for immediate measures to support Greece.[11] On Monday 9 March 2020, Turkish President Erdoğan went to Brussels to meet his European counterparts and try to find a common solution. In spite of the rather positive tone of Charles Michel,[12] one may only be skeptical that this meeting was a complete success.

While this situation is worrying – and not the least for the migrants themselves – is this really a surprise? Obviously, recent geopolitical events occurring at the EU’s doorstep have precipitated the humanitarian crisis at the Turkish-Greek border, starting with the crisis in Northern Syria’s province Idlib.[13] However, to better capture how this situation has escalated in the EU context, it would be wise to take a closer look at some of the innovative instruments elaborated in the aftermath of the 2015-2016 ‘migration crisis’.

The ‘Ingredients’ of the ‘Explosive’ Mix

The EU-Turkey Statement largely built on the EU-Turkey Joint Action Plan of 15 October 2015,[14] which aimed to address the ‘refugee crisis’ and to strengthen migration management.[15] In this respect, the EU-Turkey Statement provided for two main measures: First, all irregular migrants crossing from Turkey into Greek islands had to be sent back to Turkey as of 20 March 2016. Second, for every Syrian being returned to Turkey from the Greek islands, another vulnerable Syrian would be resettled from Turkey to the EU (the ‘1:1 scheme’[16]). In exchange for these demands on Turkey, the Statement foresaw an acceleration of the visa liberalisation roadmap with a view to lifting the visa requirements for Turkish citizens at the latest by the end of June 2016. It also provided to speed up the disbursement of 3 billion euros under the Facility for Refugees in Turkey[17] and to mobilise an additional amount of 3 billion euros up to the end of 2018.

The Facility for Refugees in Turkey

Prior to the EU-Turkey Statement, the Facility for Refugees in Turkey was launched by a Commission Decision of 24 November 2015[18] amended in 2016,[19] with a view to provide the financial means to implement the EU-Turkey Joint Action Plan mentioned above. This financial mechanism is intended to support Turkey in hosting not only the substantial number of refugees present in its territory as a result of the war in Syria, but also all those who would have otherwise sought to enter the EU territory. According to the United Nations High Commissioner for Refugees (UNHCR), Turkey is the first country in the world hosting the largest number of refugees (around 4 million people).[20] The largest part of refugees in Turkey is Syrian nationals, amounting to around 3.6 million people.[21]

The adoption of the so-called ‘hotspots’ approach was developed as part of the Commission’ European Agenda on Migration of May 2015.[22] Following this new approach, several EU agencies (EASO[23], Frontex, Europol, and Eurojust) cooperate on the ground with ‘frontline’ Member States (Greece and Italy) to ‘swiftly identify, register and fingerprint incoming migrants’.[24] The objective of this approach is to quickly identify those who may be in need of international protection and return those who are not in need of protection – irregular migrants either to their country of origin or to another country, such as Turkey.

The Root of the Humanitarian Crisis

While the use of these three creative solutions has been superficially described as a ‘success’,[25] insofar as it has led to a sharp reduction in the number of people reaching the EU, their combination has more than significantly contributed to the humanitarian and political crisis we are facing today.

First, the ‘hotspots’ approach has significantly worsened the already difficult conditions in Greece and Italy by reinforcing the imbalance generated by the Dublin system, which makes Member States at the external border of the EU responsible for the reception of an overwhelming majority of asylum seekers. These ‘hotspots’ have turned into closed camps and led to the quasi-systematic detention of migrants with deteriorating living conditions.[26] In spite of the relocation efforts required by the EU institutions as a way to support Greece and Italy,[27] these efforts cannot be said to have substantially improved the situation as first, relocation does not deeply question the Dublin machinery and second, several Member States have been more than reluctant to participate in this solidarity effort.

Second, it would certainly be naive not to be – at best – doubtful about the ulterior motives behind the decision of the Turkish government to no longer abide by the EU-Turkey Statement. However, it would be equally short-sighted not to locate the origins of this bargaining strategy in the Statement itself, which has entrusted Turkey with the responsibility to stop people from entering the EU territory in exchange for a substantial amount of financial resources. While one might perhaps envision that the EU-Turkey Statement was the last resort option prompted by an exceptional situation, it was clear – right from its adoption – that this arrangement was precarious as it could not constitute a sustainable way to manage migration in the longer run.

Third, the conditions leading to the current humanitarian crisis have been exacerbated by the – at best – excessively cautious attitude of European Courts, namely the Court of Justice of the European Union (CJEU) and the European Court of Human Rights (ECtHR). While it would be unfair not to pay a well-deserved tribute the CJEU for strongly defending the principle of solidarity internally,[28] one can only be startled by some of its recent decisions regarding, for instance, the legal nature of the EU-Turkey Statement[29] or the – very – limited scope of humanitarian visas under EU law.[30] As for the ECtHR, some of its recent decisions are downright disappointing when it comes to the protection of migrants’ human rights. For example, one may recall the surprisingly narrow scope of the prohibition of collective expulsions[31] or the seemingly unreachable threshold for dire living conditions in ‘hotspots’[32] – in direct connection with the EU-Turkey Statement – to qualify as violations of article 3 of the European Convention of Human Rights.[33]

The attitude of the European judiciary echoes the political inability or unwillingness to reflect more deeply on elaborating a long-term migration policy, which duly takes into account the reality of the current political, social and environmental state of affairs. While the current humanitarian crisis at the Greek-Turkish border may appear as inextricable chaos, this should not lead to add more ‘ingredients’ to the existing ‘explosive’ mix. Instead, this could be the opportunity to consider another – and possibly better – course of action. As clearly put by migration expert Bimal Ghosh: ‘In times of crises, just as nations can become panicky, shortsighted, and inward-looking, they can also become more willing to accept change.’[35]

Janine Silga is a postdoctoral researcher at the University of Luxembourg, Department of Law

Photo credit: Refugees Approach the Greek Island of Lesvos by babasteve is licensed under a CC BY-NC 2.0