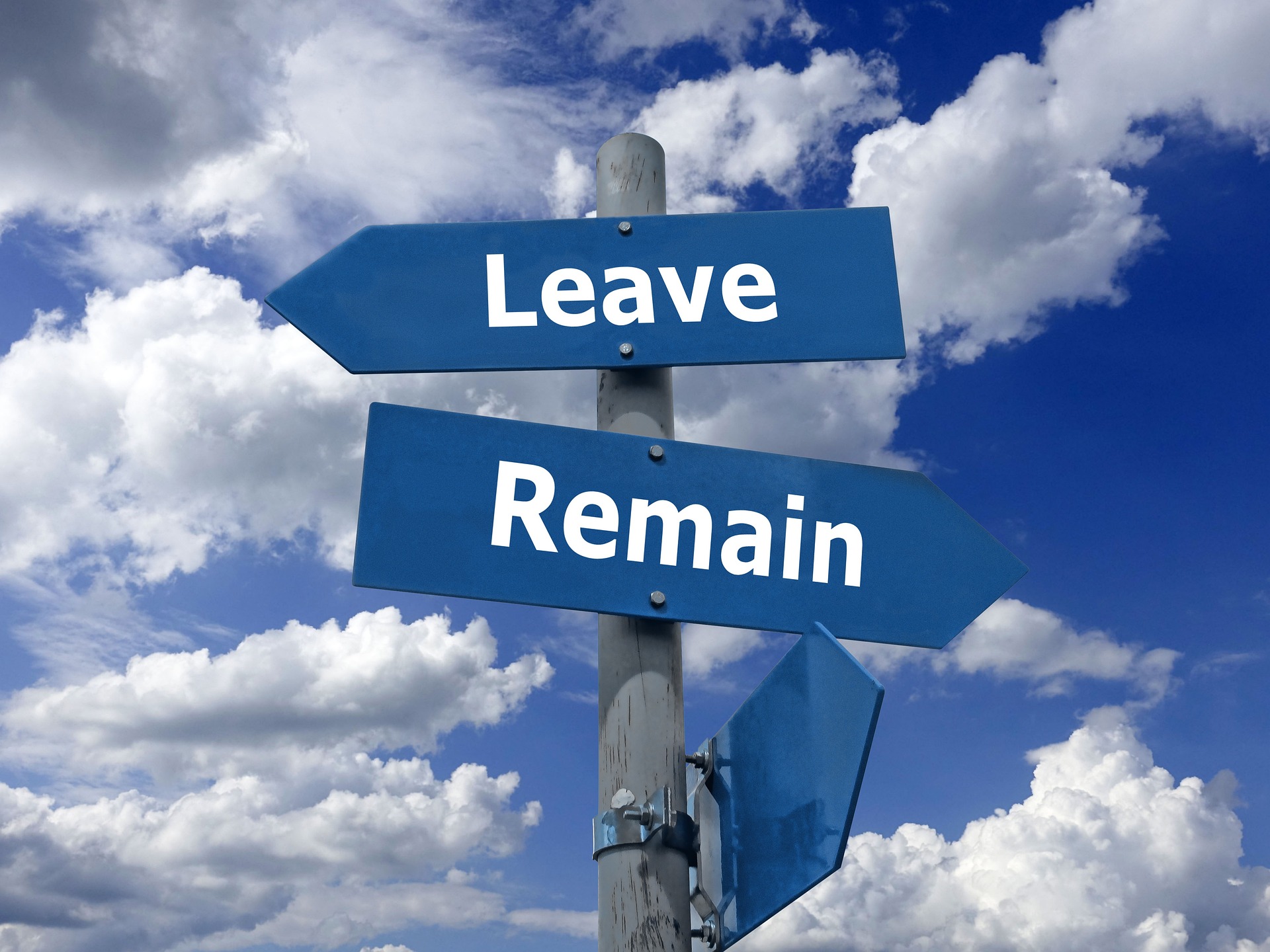 The Case for a Fast Rejoin Referendum

The British people now find themselves in the absurd position of realizing that they made a policy choice they no longer want but have no way to reverse it. The policy in question, of course, is Brexit. In the 2016 referendum 51.9% of the electorate voted for the UK to leave the EU, which it subsequently did in January 2020. Since then public opinion has shifted, with polls now showing a stable majority of voters believe that leaving the EU was a mistake, and if given the choice they would vote to Rejoin. Yet the conventional wisdom is that such a re-vote is simply not possible, at least in the next decade. The best that can be hoped for is that the UK could ameliorate the worst aspects of Brexit, though even this will take years of arduous negotiations with the EU. Brexit, it is thought, is irreversible.

This impasse was vividly illustrated in an October poll, which showed that 57% would vote to rejoin the EU, while 43% would opt to stay out. Yet even while a clear majority of voters expressed a desire to rejoin, by a 2-to-1 margin they thought it was unlikely that the UK would even apply to rejoin the EU in the next ten years. Moreover, voters were evenly split over whether it was likely or unlikely that the EU would accept the UK’s application. In other words, while a clear majority would vote to rejoin the EU, most think that the path to the UK rejoining is closed.

Each of the main political parties has its own tactical reasons to avoid broaching the subject of Rejoin. The Conservatives, who won big in 2019 with the promise to “get Brexit done,” do not want to draw attention to the subsequent economic disaster of their own making. The Labour party does not want to jeopardize its lead in the polls, and wants to win back the Brexit-leaning “red wall” seats it lost in 2019. The Liberal Democrats want to avoid Brexit because they lost badly in 2019 with a policy to “revoke” Article 50, i.e. to cancel Brexit without a second referendum. The Scottish National Party is fiercely anti-Brexit but wants Scotland to rejoin the EU as an independent nation rather than as part of the UK.

Meanwhile, no-one in the chattering classes is willing to entertain the idea of Rejoin either. Most commentators seem to share some variation of the view that while Brexit was “stupid,” rejoining the EU is “inconceivable.” Think tanks stuffed with experts that had previously analysed every twist and turn of the Brexit process now have next to nothing to say about how the UK might go about rejoining the EU (with one exception I have found; if there are others, please tell me). Most of the best podcasts on the subject have either removed “Brexit” from their names or simply ended. Even pressure groups that had previously campaigned to stop Brexit have now pivoted to focus on “internationalism” or on reducing the harms of Brexit rather than reversing it outright. A recent petition to the UK government to apply to join the EU got less than a quarter of the 100,000 signatures needed. In October a few thousand people marched to rejoin the EU, a tiny fraction of the hundreds of thousands who had marched for a People’s Vote in 2018 and 2019.

The British people ought to be told that Brexit is in fact reversible. Leaving aside party politics, the UK could apply to rejoin the EU tomorrow if it so chose. Moreover, I believe that the EU would welcome them back if it were clear that this is what the British people wanted. Indeed, the EU treaties specifically state that a state that has left can also later rejoin. I would argue that the obstacles to rejoining are mainly political rather than legal or constitutional, and they are to be found mainly in Britain rather than in Europe. Yet the British people need to be given a permission structure to believe that the reversal of Brexit is a practical option. My purpose here is to sketch out how that outcome could be achieved.

The key action the UK government should take is to hold a referendum, as soon as possible and of its own accord, to ask the British people whether they want their country to rejoin the EU on the same terms that they enjoyed prior to leaving.

The UK would not need to negotiate terms of membership with the EU prior to holding such a vote. Negotiating those terms would be pointless anyway, because the EU will not want to negotiate unless they believe the UK is serious about rejoining; a positive result in a Rejoin referendum would itself be the signal to the EU of the UK’s seriousness. Because parliament is sovereign within the UK’s constitutional system, a referendum is always advisory rather than legally binding. The effect of the vote would be to give a mandate to the UK government to come to an agreement with the EU on the terms of rejoining. This agreement would later be ratified by parliament without the need for a further referendum.

All of this could happen relatively quickly, depending on the timing of the next general election, which must happen in the next two years. Obviously there must be a change of government first, as the current Conservative party is inescapably identified with Brexit, which is driving its unpopularity. Indeed, the new – presumably Labour – government would do best to move quickly to take advantage of the fact that the slow-motion economic damage of the Tories’ Brexit policy is still closely associated in the public mind with the more dramatic implosion of the Truss premiership.

However, to make this work – and here is the hard part – the opposition must make a prior commitment to quickly hold an In/Out Rejoin referendum if they win the election. This would follow the precedent set by David Cameron, who held a promised In/Out referendum thirteen months after he won the 2015 election (and Harold Wilson, who held an analogous vote 8 months after winning the October 1974 election). Indeed, the vote would in many ways be a re-run of Cameron’s 2016 referendum, except in this case the electorate would know exactly what they would be voting for. Whereas 2016 was a choice between the status quo and an unknown future Brexit, a new referendum would give voters a clear choice between their current lived reality (the actually existing Brexit) and the recent memory of what it was like being a member state of the EU.

The democratic legitimacy of this vote would be beyond reproach if it were first promised in an election manifesto, and then presented as a binary choice between two very clear alternatives, either membership or non-membership of the EU. Organizers should not complicate the issue with any loose talk about “reforming” the EU, trying to find a halfway house by just joining the single market or the customs union, or trying to secure special status or blandishments like an opt-out from “ever closer union.” None of that would mean anything to most voters and would simply muddy the waters rather than presenting the electorate with a clear choice and allowing them to send an unequivocal message.

The alternative to this – and this is apparently the strategy of the Labour party – is to not make Brexit an issue in the coming election and then, once in office, to gradually rebuild the UK’s relationship with the EU. This means that the destiny of the Labour government in coming years would be the miserable business of trying to secure painstaking, incremental improvements to a botched Brexit deal, all the while being subject to the jeers and howls of betrayal from the Brexiteers on the sidelines. Yet the most that can be hoped for in these ongoing negotiations would be a “business-friendly” Brexit rather than a “citizen-friendly” Brexit, because Starmer has already ruled out bringing back freedom of movement.

To avoid this fate, Keir Starmer needs his own Keir Starmer. For it was Starmer himself as shadow Brexit minister who in 2018 dragged his own party, under the crypto-eurosceptic leadership of Jeremy Corbyn, into a position of support for a second referendum. Pressure needs to be brought, either from inside or outside the party, for him to change his position.

One heartbreaking detail in the poll I cited above is that the age group that most strongly supports Rejoin, by a five-to-one margin (83%-17%), are 18-24 year olds. This is the exact group of voters who were too young to have voted in the 2016 referendum. Those who would advocate merely negotiating a moderately softer Brexit should first reflect on this manifest unjustice. It is a terrible waste to devote the next government’s political energies towards making it slightly easier for British manufacturers to sell their goods across the Channel, but doing nothing to make it easier for young people to live, work or study in Paris, Palermo or Prague. They deserve the chance to reverse the mistake of Brexit.

The obvious question left to address is, if the UK were to vote to reverse Brexit, what would be the reaction of European leaders?  Does the EU even want the UK back? I will argue, perhaps controversially, that the EU would agree to readmit the UK on substantially the same terms of membership – including opt-outs – that it enjoyed prior to its withdrawal. That will be the subject of my next essay.