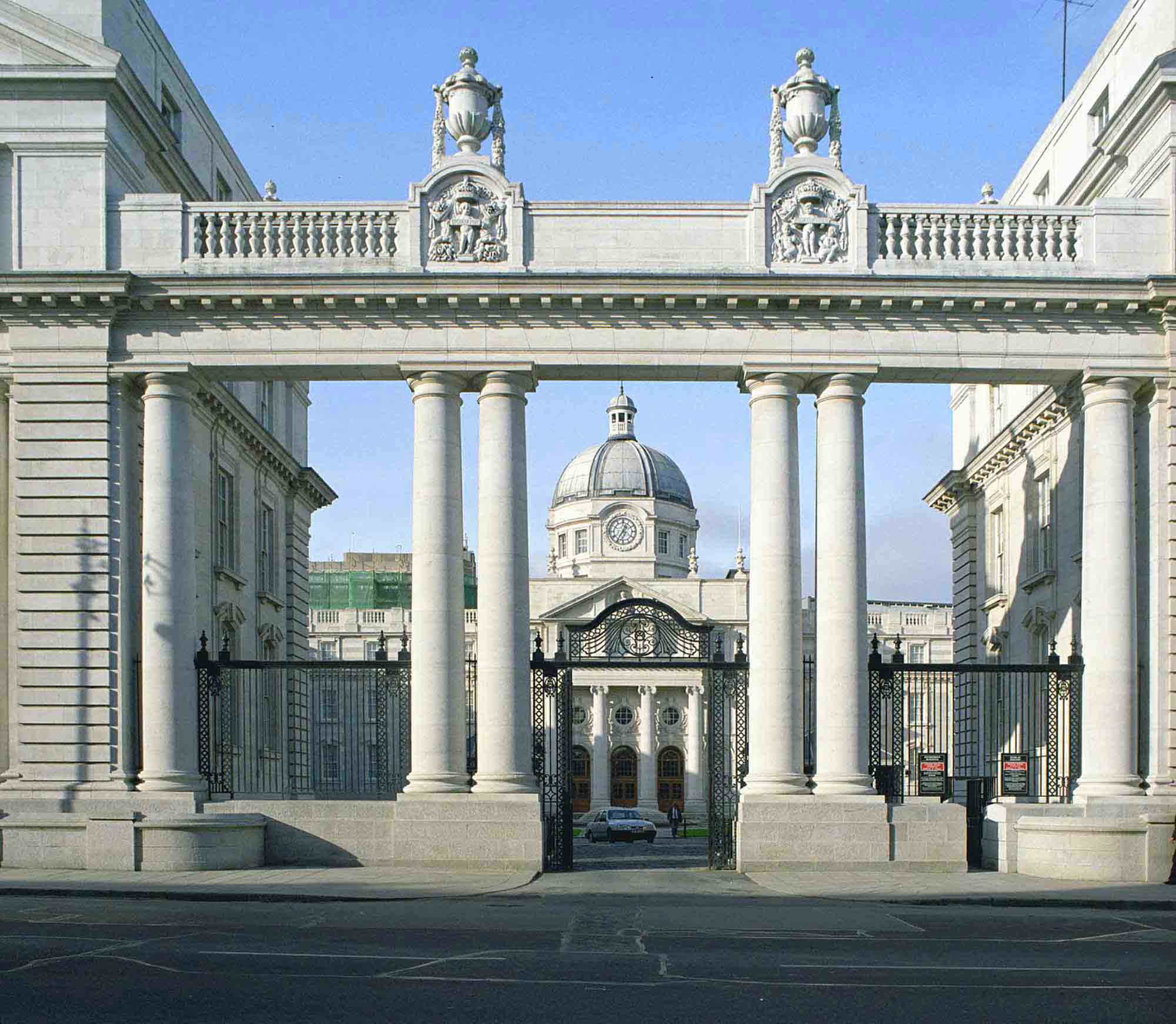 A Rotating Taoiseach and the future of Irish politics

The most minimalist reshuffle in the history of modern Irish politics has taken place and the two main government parties have pinned the hopes for the rest of their government on a team that does not inspire much love among the electorate but is widely seen as competent.

While the reshuffle saw no one demoted or promoted to Ireland’s cabinet of 15 ministers it was a historic occasion as for the first time in the history of the state the role of Taoiseach, the Irish term for Head of Government, rotated from the leader of Fianna Fáil, Micheál Martin to the leader of Fine Gael, Leo Varadkar.

In a corresponding move the Minister for Finance, Fine Gael’s Paschal Donohoe switched roles with the Minister for Public Expenditure and Reform, Fianna Fáil’s Michael McGrath. These changes were mandated by the Programme for Government, agreed between Fianna Fáil, Fine Gael, and the Green Party when the government was formed in June 2020, a full four months after that year’s equally historic general election.

The February 2020 general election was disastrous for both Fianna Fáil and Fine Gael, the two parties which have dominated the Irish state since its foundation a century ago. Fine Gael has gone from 36 per cent of the vote in 2011 to 21 per cent in 2020 and has just 35 of the 160 Dáil seats, down from 76 just a decade ago.

The disappointing results for both parties forced them into a coalition government with the smaller Green party who hold 12 seats. After months of negotiations it was eventually decided that the Taoiseach and the role of Minister for Finance would rotate at the half way point of the government. The fact that the government was formed at all was historic in that Fianna Fáil and Fine Gael have been bitter enemies since their foundation in the aftermath of the birth of the state and owe their origins to a brutal and bloody civil war which split Irish politics and society down the middle for generations.

In that context forming a government at all, and coalescing with each other was a huge step for both parties to take. Paradoxically, the woeful performances of Fianna Fáil and Fine Gael at the election forced them together and while the marriage has essentially been loveless it has been stable.

Yet, two and a half years into office the government already has a very familiar and perhaps even stale look about it. Both Fianna Fáil and Fine Gael are stuck at about 20 per cent in opinion polls. Meanwhile the main opposition party Sinn Féin is polling in the region of 35 per cent, having had a historic breakthrough in the 2020 election winning 37 seats on 24 per cent of the vote. It has increased its popularity over the past three years and has been rock steady in opinion polls for well over a year.

Led by the popular Mary Lou McDonald, Sinn Féin is a nationalist left wing party that decries the government as being out of touch with ordinary people and points to particularly disastrous policies in housing and health the two issues which have dominated Irish politics over the past half-decade.

The coalition government has provided the country with safe and competent, if relatively uninspired, leadership through the perils of Covid-19 providing unprecedented financial supports for citizens and businesses. It has also faced the ongoing challenges of the uncertainty over Brexit, the war in Ukraine and the concomitant energy and cost of living crises in a technocratic and efficient manner.

Yet, a relatively good macroeconomic picture with record numbers in employment, record corporation tax receipts and a massive €12 billion exchequer surplus in 2022 have been overshadowed by the ongoing problems in health and housing which have brought their own record numbers on hospital waiting lists, rents and homelessness.

Fianna Fáil holds the crucial portfolios of housing and health but progress in both has been so painfully slow that when it comes to the next general election it is hard to see what the party can do to make either a vote winner. Meanwhile the Sinn Féin alternative promises all sorts of quick fixes and while these may be unrealistic they will be hard to counter given that housing and health are the most important issues facing the electorate.

Now that his term as Taoiseach has come to an end Micheál Martin will be seen as having been on the right side of history when it came to his unequivocal support for Ukraine after the Russian invasion and his assertion that accepting Ukrainian refugees was the right and moral thing to do.

Perhaps the greatest legacy of Martin as Taoiseach is that after a calamitous start where he lost two Ministers for Agriculture in a few weeks he made the government work. He leaves the Taoiseach office with relatively strong popularity ratings and becomes Ireland’s new Minister for Foreign Affairs where he will have an important role to play in efforts to restore the Northern Ireland executive, keep a watchful eye on Brexit and cement Ireland’s resolve in support of Ukraine.

As the new Taoiseach Leo Varadkar faces a number of serious challenges with a slowing economy, significant inflation and the twin perils of the health and housing crises. He returns to the office of Taoiseach a more humble character than the one who first entered it back in 2017. He has had a torrid 2022 where he faced a Garda (police) inquiry into his leaking of a confidential government document about a state contract with a medical union to a friend who had a material interest in it given he led a rival trade union.

Fine Gael has had no electoral fruits with Varadkar as its leader and if his leadership is to be judged in any way a success that has to change. The next general election might be his one last chance to show those who put their trust in voting for him as leader in 2017 that they knew what they were doing. He has put his trust in a familiar government team but if that team cannot deliver he will soon find himself in opposition. And that can be a very lonely and dangerous place for any politician.

Gary Murphy is Professor of Politics at Dublin City University. He is the author of a widely acclaimed recent biography of  the former Fianna Fáil leader and Taoiseach, Charles Haughey published by Gill Books.