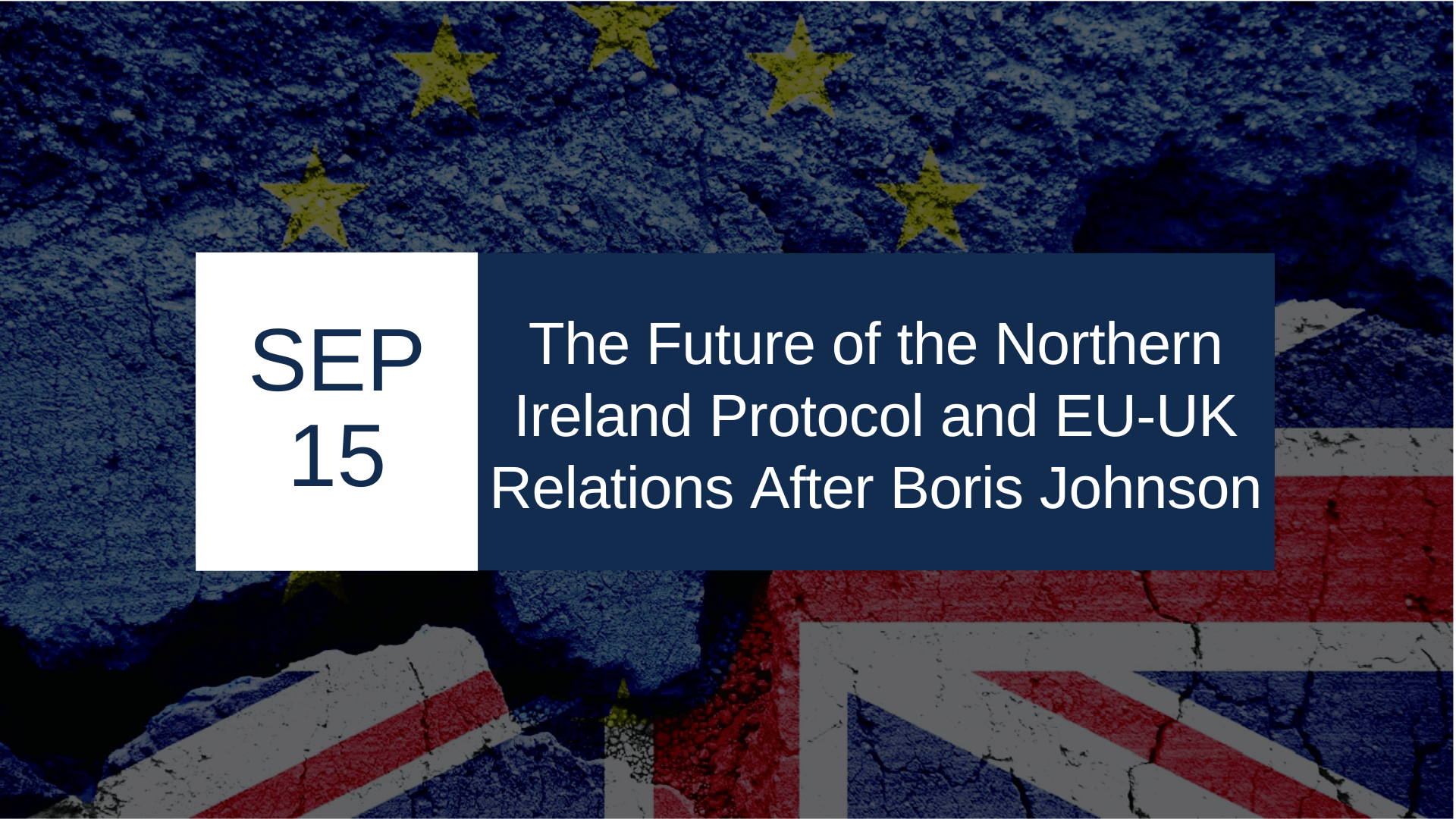 Event Report: The Future of the Northern Ireland Protocol and EU-UK Relations After Boris Johnson.

After some welcoming remarks from Federico Fabbrini (Professor of EU Law & Founding Director, DCU Brexit Institute) and Christy Ann Petit (Assistant Professor, Banking and Finance Law and DCU Brexit Institute), MEP David McAllister highlighted the key points of the current situation on the Northern Ireland (NI) Protocol. He began by saying that the situation is not easy, and it has reached a very low point. The new setup in the UK government makes it urgent to know what are the options, before breaking international law. He said that, there is a common feeling among parties and groups in the European Parliament: the British choice to breach mutual trust raises concern for everyone, and for three main reasons. First, the Protocol is a solution jointly agreed by the EU-UK to protect the peace process in NI. Second, it is an international agreement, therefore any unilateral action to breach it is unacceptable. Third, the Protocol was strongly requested by the UK itself, and it was a necessary condition for the Trade and Cooperation Agreement (TCA). He said that if a solution was not found for the stability of NI, the TCA probably would not have been signed. Regarding the EU position, he added that it is not interested in starting a trade war, nor to be involved in the internal politics of NI. He wishes for UK cooperation in applying the Protocol as, at this stage, renegotiating it will bring a great deal of uncertainty to people and businesses. In his opinion, the Protocol is not the problem, but the type of Brexit that UK wanted in the first place.

Suzanne Lynch asked McAllister whether the absence of any mention of Brexit in the State of the Union speech, given this week by European Commission President Von Der Leyen, was an indicator of the loss of interest in Brexit. MEP McAllister replied that it is not a top priority at the moment, since the EU is dealing with other pressing matters, including the energy crisis, inflation, the war in Ukraine.

During the roundtable discussion, Niall Moran, set out the three possible ways in which the EU could react to the NI Bill: first, the dispute settlement mechanism (DSM) established by the TCA, namely consultation followed by an arbitration panel. The second option is termination, in which the EU could give notice to terminate the WA, given nine to twelve months as period of reflection. The third option is retaliation. Finally, on the question of a United Ireland he underlined the necessity to conduct an evidence based discussion. It is a complex possibility, that has to be analysed taking into consideration people’s choice, monitoring the sentiment in NI, and the majority in the island.

John MCGrane, spoke for the views of business people. He said that businesses want certainty: while respecting the political will of the people, further deferral in the application of the Protocol only worsens uncertainties. The cost of withdrawal has had a big impact on the UK economy. From his perspective, many things masked the real consequences of Brexit, but the citizens of both islands suffered the financial effects. However, from experiences like the pandemic people can understand that cooperation helps. Finally, about Ireland energy security, he said that those types of connectivity that served people really well are an asset for reconciliation, hence everyone wants to be secured from whatever outcome there will be from this moment.

Ian Cooper, began by emphasising the importance of King Charles’ visit to NI. The visit is an encouraging sign as the sovereign is concerned about the maintenance of peace in the country. The King also visited Scotland, where he received the First Minister’s official condolences; this did not happen in NI, where the First Minister designate Michelle O’Neill welcomed the King in an informal capacity, as the government is not yet functional. Then he said that the position of Liz Truss as new UK Prime Minister is very weak. She appointed many Brexiters during her first days, making clear the UK government position, and leaving less room to compromise with the EU.

The roundtable was followed by a vivid discussion where participants debated the EU position. In the end, concluding remarks from Christy Petit were given.