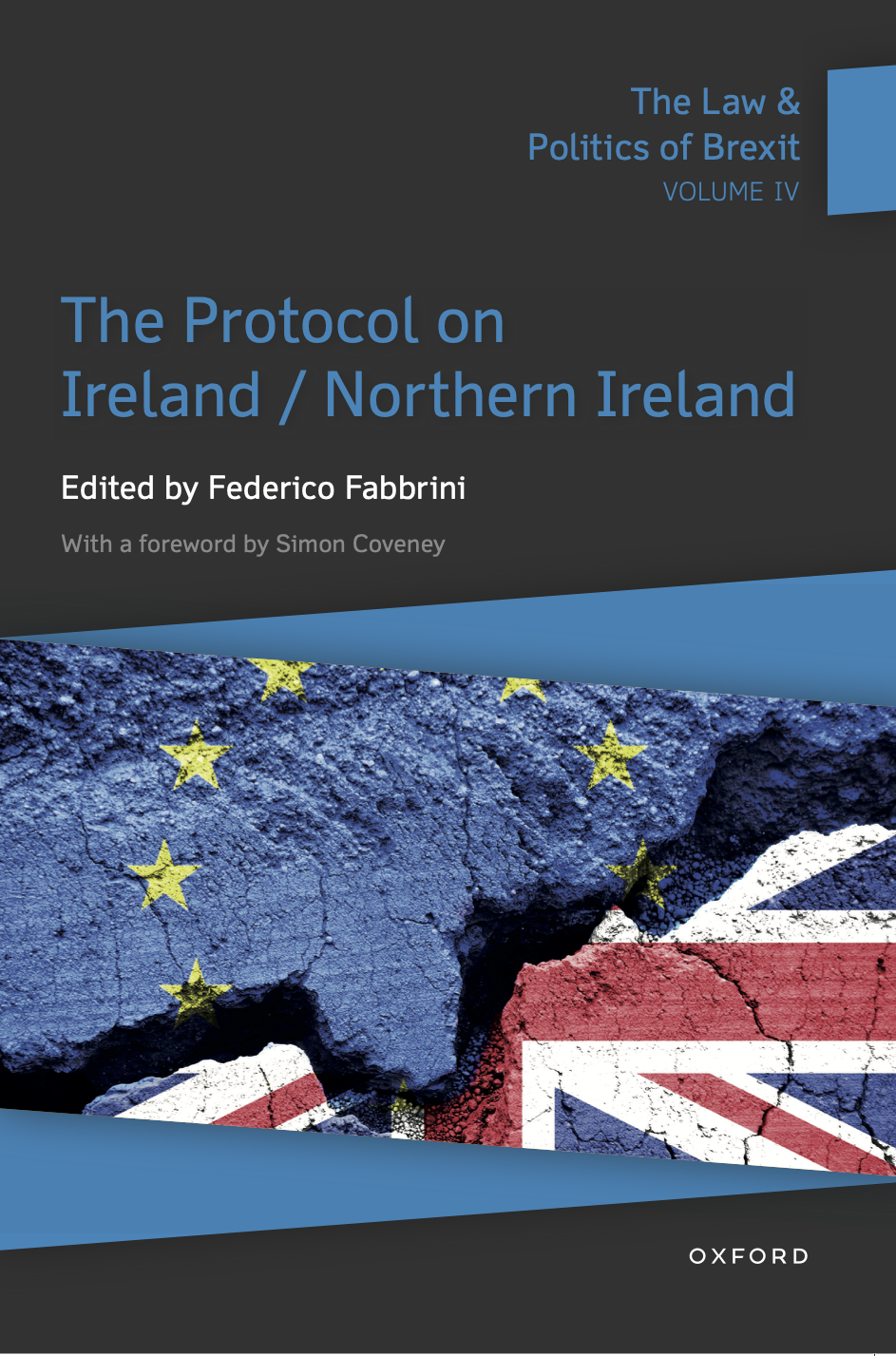 The Law & Politics of Brexit Volume 4: The Protocol on Ireland / Northern Ireland (foreword by Simon Coveney)

Professor Federico Fabbrini, Founding Director of the Brexit Institute and Full Professor of EU law at the School of Law and Government, Dublin City University, is the editor of the new book “The Law & Politics of Brexit Volume 4: The Protocol on Ireland/Northern Ireland“. The book, which features a preface by Simon Coveney (Minister of Foreign Affairs of Ireland) and is published by Oxford University Press, provides the first comprehensive academic analysis on Protocol on Ireland/Northern Ireland, from the perspective of law, politics, sociology, and trade.