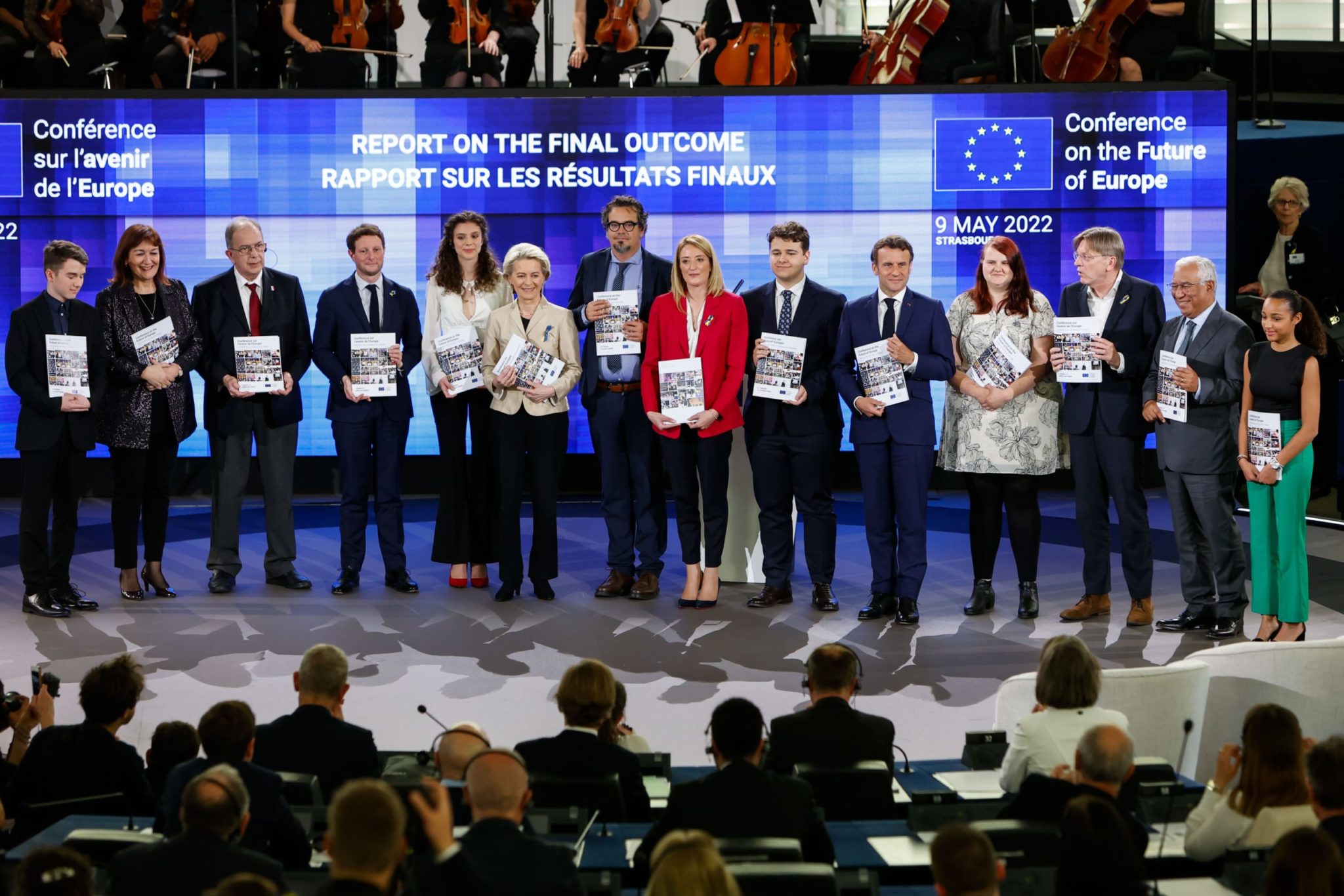 Reflecting on the Conference on the Future of Europe

NOTE: On June 16, Neale Richmond will speak at the upcoming DCU Brexit Institute/REBUILD Centre event, “Economic Governance in the EU after the Conference on the Future of Europe”. Please register here.

As we move into the post-Covid-19 era and into a time of great uncertainty, from war in Ukraine to the rising cost of living and inflation crisis, the future of the EU and what shape the economic recovery will take is a major topic of conversation.

The fact of the matter is that the EU will be judged on how we emerge from these current crises. Brexit, Covid-19 and now war in Europe has thrown everything we know into disarray. In times such as these we also have opportunities: we can emerge stronger, more sustainable, more competitive and more resilient. Indeed, this is much of what was discussed during my nine months as a member on the Conference on the Future of Europe when we brought together politicians and members of civic society across the EU to determine what they would like the future of the EU to look like.

When we are discussing the EU’s economic future it is perhaps useful to remind ourselves also of where we were at economically pre-Covid. In 2019 we had the lowest unemployment levels since 2008 in the Euro-area, and the lowest level in the EU since 2000. Of course, we still faced the issues of inequality and remnants of dissatisfaction from the crash but economically, things were very strong.

Much of my time during the Conference was spent discussing the EU’s economic future and how we can use this economic re-set as a chance to improve the EU for the better. The recommendations were widespread, and some would be more agreeable to me and my party than others, but they are a good jumping off point for discussion. What was made clear is that there should be a focus placed on SMEs and the support they bring to the European economy. Taking Ireland as an example, we have roughly 160,000 SMEs supporting 1.8 million jobs – clearly these businesses play a vital role in supporting our economy and in return we must provide a business-friendly environment.

Recommendations from the Conference in this regard included reinforcing the ‘think small first’ principle which ensures that the Commission must consider the impact of any forthcoming legislation on small businesses to minimise any potential unintended consequences. When it comes to applications for funding, tenders and networks for SMEs, it was reinforced that the administrative burden should be as small as possible. It was also recommended that EU policy initiatives should undergo a ‘competitiveness check’ to ensure that their impact on the business environment and on companies is well established. It is fair to say that these are all agreeable proposals and would certainly help support the business environment throughout the EU.

Other recommendations, such as tax harmonisation throughout the EU, are slightly more problematic, especially from an Irish perspective. It is important to note that the Conference also did note that taxation is a matter for individual countries as each country has its own circumstances. Ireland of course has signed up to the 15% corporation tax rate which is expected to be made law in the EU and US this year which will protect Ireland’s competitiveness but also help our partners across the world.

A recurrent theme throughout all the recommendations from the Conference, be they on economic or social issues is the need to weave an environmentally friendly approach into how we tackle the major issues we face. From ensuring a just transition for workers to becoming more autonomous in our energy production and ensuring that the minimisation of waste and promoting the circular economy, we must always be aware of the environmental consequences of our legislation and the future of the economy if we are to meet our climate goals. Clearly this was of major importance to those involved in the Conference and so this must be borne in mind on both an EU and national level.

We cannot underestimate the threats that Europe and the world are faced with at the moment. However, I am hopeful that the work and recommendations from the Conference on the Future of Europe will allow us to build a better, more sustainable and indeed stronger future and economy for everyone across Europe. It will not be easy and we do not know what threats will arise next, but if continue to consult this work and the wants of the people of Europe, we will be prepared for anything.

Neale Richmond is the Fine Gael TD for Dublin Rathdown and party spokesperson on European Affairs. Neale is currently a member of the Oireachtas Finance Committee, the Oireachtas European Affairs Committee and the British and Irish Parliamentary Assembly. Neale served as a Senator from 2016 – 2020 where he was Chair of the Brexit Committee. He was Leader of the Irish delegation to the EU’s Committee of the Regions from 2014 – 2016 and served as a County Councillor on Dun Laoghaire County Council from 2009 – 2016. Neale worked professionally as an advisor in both Dail Eireann and the European Parliament as well as a Projects Manager in the not for profit sector. A graduate of UCD, he holds a BA in History and an MA in Politics. A frequent contributor to print and broadcast media in Ireland and further afield, Neale was one of the four Oireachtas delegates to the Conference on the Future of Europe sitting on the Working Group on A Stronger Economy, Social Justice and Jobs.