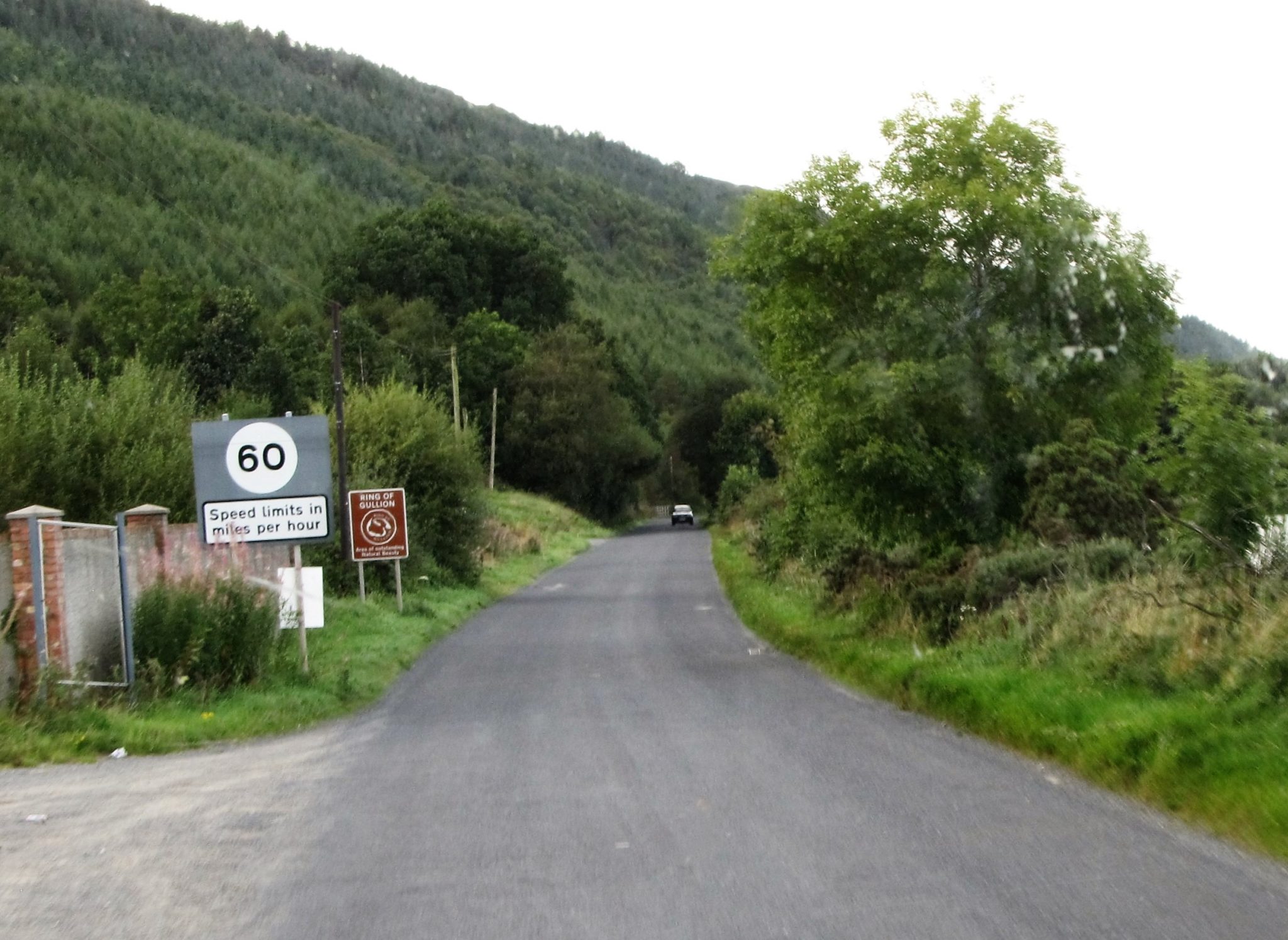 The Northern Ireland/Ireland Protocol and the Irish border

One of the central negotiating objectives of both the UK and EU during the Brexit process was to avoid the reintroduction of a hard border on the island of Ireland. There are many reasons for this, including geographic, economic, sociological and political factors which, combined, have come to be known as the “unique circumstances” (Connelly, 2017; European Council, 2017; Hayward, 2017, 2018). To this end, in the preamble to the Protocol on Ireland/Northern Ireland in the Withdrawal Agreement (henceforth “the Protocol”), the UK committed to “protect North-South cooperation and its guarantee of avoiding a hard border, including any physical infrastructure or related checks and controls” (UK Government, 2019a).

However, the Protocol (UK Government, 2019b) focuses primarily on trade between Great Britain, Northern Ireland, and Ireland, and is notably light on references to the movement of people across the Irish border. In fact, of the 19 Articles contained in the Protocol, only Articles 2, 3, and 11 make and substantial reference to the movement of people, and these pertain primarily to the Common Travel Area and the rights of British and Irish nationals.

This has resulted in the increasing rebordering of Northern Ireland for people who do not fall under these protections. Specifically, The EU Settled Status and Frontier Worker Permit Schemes have the effect of bordering some EEA+ nationals (nationals of EU members states, Norway, Iceland, Lietchenstien, and Switzerland) who were already resident on the island of Ireland. Moreover, and what I focus on in this blog, is the latest proposal that will result in hardening the Irish border for non-visa nationals (people who do not need a visa to enter the UK, including EEA+ nationals) living in the border region: Electronic Travel Authorisation.

The Electronic Travel Authorisation (ETA) scheme is a component of the recently passed Nationality and Borders Act (UK Government, 2022) and is designed to “give the UK more control of our borders, allowing [it] to block threats from entering the UK, whilst also providing individuals, and carriers, with more assurance at an earlier point in time about their ability to travel to the UK” (Gov.uk, 2022).

Despite attempts in the Lords to introduce an exemption for “local journeys” from Ireland to Northern Ireland for non-visa nationals resident in Ireland (Hansard, 2022), the government ultimately rejected the amendment so that, In part 1A on Electronic Travel Authorisation, section 11c states (UK Government, 2022: 76):

(a) the individual is a British citizen, or

(b) the individual would, on arrival in the United Kingdom, be entitled to enter without leave.

Put simply, this means that there are only exemptions from the ETA for British, Irish, and Commonwealth citizens with a right of abode in the UK – there is no exemption for non-visa nationals resident in Ireland (including EEA nationals who, before Brexit, could move freely across the border under Freedom of Movement rules), who will have to apply for ETA authorisation.

There is, arguably, some logic to this. The UK is a sovereign state and the UK government has the competence to legislate for immigration rules for the whole UK. To exempt Northern Ireland from such arrangements could prove problematic as it would either leave Northern Ireland (particularly the port and airports at Belfast) as a back door from Northern Ireland into Great Britain or, require the introduction of immigration checks for people moving between different parts of the UK.

Nevertheless, in practice the ETA will complicate life for non-visa nationals resident in Ireland and especially those whose everyday lives span the border. EEA nationals resident in Ireland and working in Northern Ireland currently require either a Frontier Worker Permit or to apply under the points-based immigration scheme. This negates their need for an ETA. However, non-visa nationals who reside on the Irish side of the land border and cross into Northern Ireland for the purposes of retail, childcare, visiting family, or socialisation will have no (legal) avenue but to apply for an ETA.

In particular, any ETA will have disproportionately negative impacts on non-visa nationals living in Donegal. The North West of Ireland lacks transport infrastructure in general and with the rest of the Republic of Ireland specifically. As such, for many of those living in the region, Derry is the central social and economic hub for many aspects of everyday life and moving across the border is often unavoidable even when the end destination is still in the Republic of Ireland.

The UK government have promised that the ETA will be a (relatively) cheap multi-year, multi-trip pass, and that checks will not be carried out at the border (Northern Ireland Affairs Committee, 2022). However, it nonetheless discriminates against those who, until Brexit, were treated in law as if they belonged. As the Committee on the Administration of Justice notes, the ETA will “impact the ability of members of the migrant community to take part freely in cross border projects and programmes” (CAJ, 2021: 2) inflicting damage on social cohesion in the border region and potentially leading to a loss of social diversity as EEA nationals move away from (or at least actively choose not to move to) the region.

Furthermore, as the scheme affects those already resident in Ireland there are clear grounds for concern regarding inadvertent non-compliance, either through ignorance of the new rules or forgetfulness. These concerns have been raised by the CAJ (CAJ, 2021), the Northern Ireland Affairs Committee (Northern Ireland Affairs Committee, 2022), and members in the House of Lords (Gower, 2022; Hansard, 2022). The potential implications of non-compliance are particularly concerning given the Nationality and Border Act (UK Government, 2022) has increased the maximum punishment to four years imprisonment for anybody who is “required to have a valid ETA and knowingly arrives in the UK without one”. The word “knowingly” is doing a lot of heavy lifting here; it allows for criminalising long term residents of the border region who fall into inadvertent non-compliance.

Mitigating against these impacts requires, at the very least, that, as the ETA is being designed and implemented (currently scheduled for the end of 2024), there is clear communication and engagement between the UK government, the Irish government, Northern Ireland Executive, and cross-border travel operators. It also requires that the ETA is set at a price affordable to all; that there is a high-profile publicity campaign aimed at non-visa nationals living in the Irish border region to increase awareness; and that help and advice provision is set up in the border region during rollout to assist with applications and prevent inadvertent non-compliance.

To conclude, then, at this point it is certain that the UK government intends to press ahead with the Electronic Travel Authorisation scheme with no derogations for non-visa nationals who cross the Irish border. While there are some practical and political reasons for doing so, there are, as outlined here, clear negative implications for non-visa nationals resident in Ireland that can and have been foreseen. The UK government must ensure it engages with all invested parties to minimise their impact.

Ben Rosher is a political sociologist and PhD candidate at Queen’s University Belfast. His research focusses on Brexit, the Irish border, and lived experiences of ‘taking back control’. The author would like to thank Úna Boyd (CAJ), John Curtis (Commons Library), and Prof Katy Hayward (QUB) for their insight and advice. Any errors are the sole responsibility of the author.

Connelly T (2017) Brexit and Ireland: The dangers, the opportunities, and the inside story of the Irish response. Dublin: Penguin Ireland.

Gower M (2022) Nationality and Borders Bill: Progress of the Bill.

Hayward K (2017) The origins of the Irish border. Available at: https://ukandeu.ac.uk/explainers/the-origins-of-the-irish-border/ (accessed 4 May 2021).

UK Government (2019a) Agreement on the withdrawal of the United Kingdom of Great Britain and Northern Ireland from the European Union and the European Atomic Energy Community.