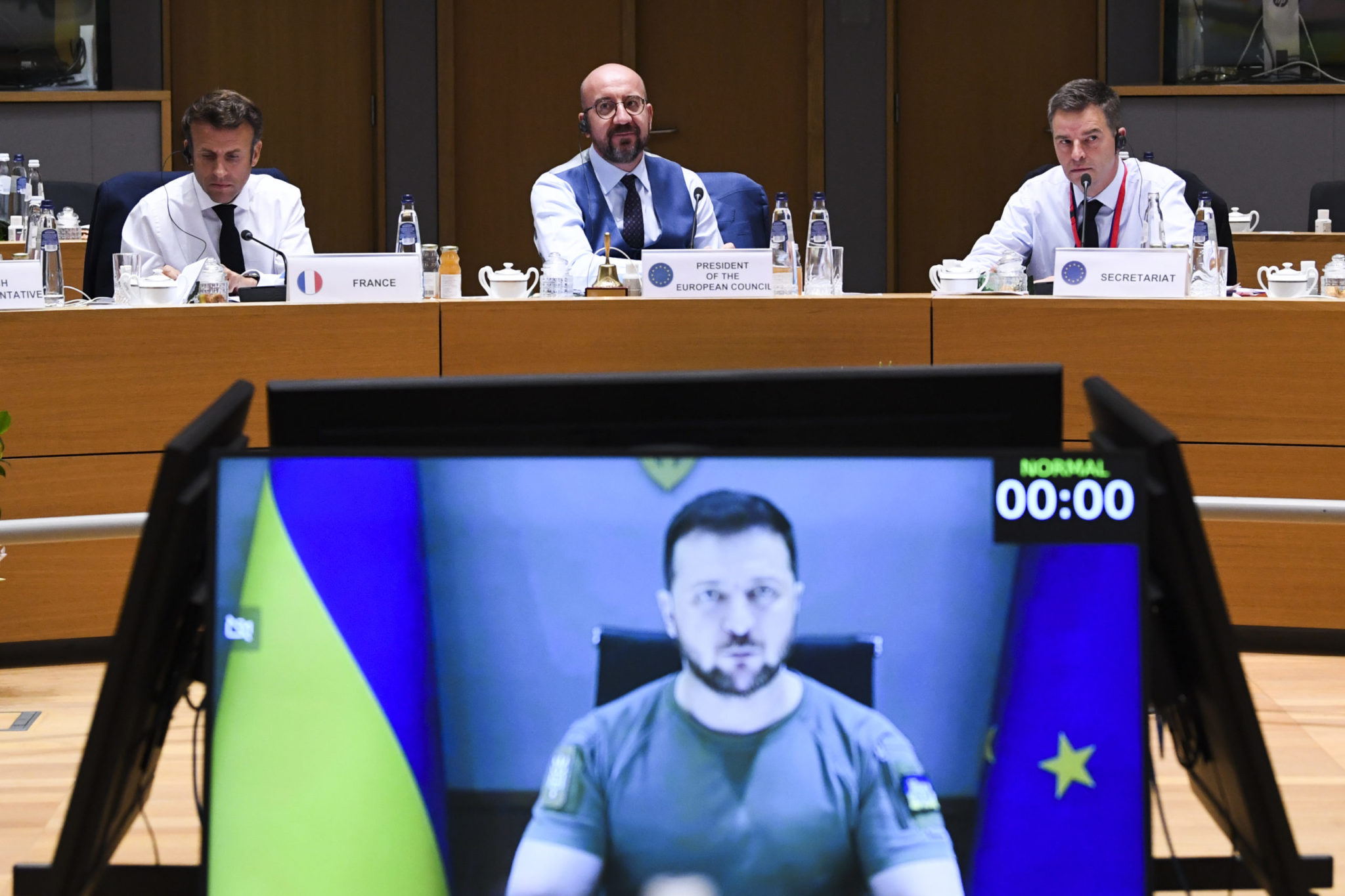 Throughout its history the European Union has responded to major geopolitical events. A desire to reduce the likelihood of renewed conflict following the Second World War provided the impetus for establishing the European Coal and Steel and Community while enlargement from 12 member states in 1992 to 28 members in 2013 was facilitated by the collapse of the Soviet Union. Russia’s war against Ukraine provides another seminal moment in the evolution of the EU with three countries – Ukraine, Moldova, and Georgia – all applying to join within a week of each other. These new applicants share a Soviet past and protracted conflict with Russia.

Four months have now passed since the Kremlin launched its military offensive against the Ukrainian people. While the front lines are constantly shifting, the size of the additional territory seized by Russia since 24 February amounts to about 60,000 square kms, an area roughly four times the size of Northern Ireland. With approximately 5 million refugees and 7 million internally displaced people, more than a quarter of Ukraine’s 40 million have been forced to leave their homes.

Last Thursday, the European Council accepted Ukraine and Moldova as candidates for EU membership. That Ukraine, while fighting for its survival, has been accepted as a candidate is symbolically of huge significance. In the long-term, EU membership offers Ukraine the potential for peace, prosperity and stability. The journey to EU membership will be as important as the destination. By the time Ukraine is at the point of joining it will have already transformed in many respects.

Ukraine’s accession process does not start from scratch. Its Association Agreement (AA) and Deep and Comprehensive Free Trade Area (DCFTA), signed in 2014, committed the country to many of the reforms required for EU membership, and progress has been measured in the annual implementation reports of the Ukrainian Government and EU. Ukraine excels in the quality of its civil society, electoral democracy, education and culture and services but needs major reforms to overcome pre-war problems of corruption, rule of law and transport infrastructure, particularly roads.

The applications for candidate status submitted by Moldova and Georgia have understandably been given much less attention. The fact that Moldova was awarded candidate status and Georgia was not is significant. This divergence can largely be attributed to the EU’s assessment of the quality of governance in the two countries. Moldova’s president, Maia Sandu, is widely respected as a genuine supporter of reform and EU integration. On the other hand, the EU has criticised Georgia’s deficiencies in democratic governance, minority rights and rule of law.

While Ukraine and Moldova have obtained EU candidate status, the timeline for full membership is far from clear. Poland took a decade between application and membership – a relatively quick path – as did the EU’s newest member state, Croatia. But the journeys of other applicants has been far slower. Prior to the elevation of Ukraine and Moldova, there were five recognised candidates for membership of the EU, each of which has already waited a long time since the date it first became a candidate: Turkey (1999), North Macedonia (2004), Montenegro (2008) Albania (2009) and Serbia (2009). After decades in the queue, these countries are not on the cusp of joining the EU. However, many in Brussels believe their sensitivities will have to be taken into account when considering the applications of Ukraine and Moldova.

While Ukraine has received a strong signal that the road to EU membership is open, the length and pace of the journey will depend primarily on two things: reforms in Ukraine, which will be hard to implement in the short-term, and enthusiasm amongst EU member states following a long period of “enlargement fatigue”.  All 27 member states must agree to Ukraine joining the EU, and the leadership of some countries have already signalled that they see this as a long term process.

There will need to be a realistic sequencing of actions. First, Russia’s war against the Ukrainian people must end. Until that happens, Ukraine is fighting for its survival and any talk of meeting EU accession criteria is quite abstract. After the war will come the task of returning as many displaced people as possible to their homes, along with a parallel process of rebuilding the state, society, economy, and infrastructure. Only then can the quest to join the EU begin to receive the attention it deserves.

Donnacha Ó Beacháin is Professor of Politics at the School of Law and Government, Dublin City University. He is the author and editor of many works on post-Soviet colour revolutions including (with Abel Polese), The Colour Revolutions in the Former Soviet Republics: Successes and Failures.