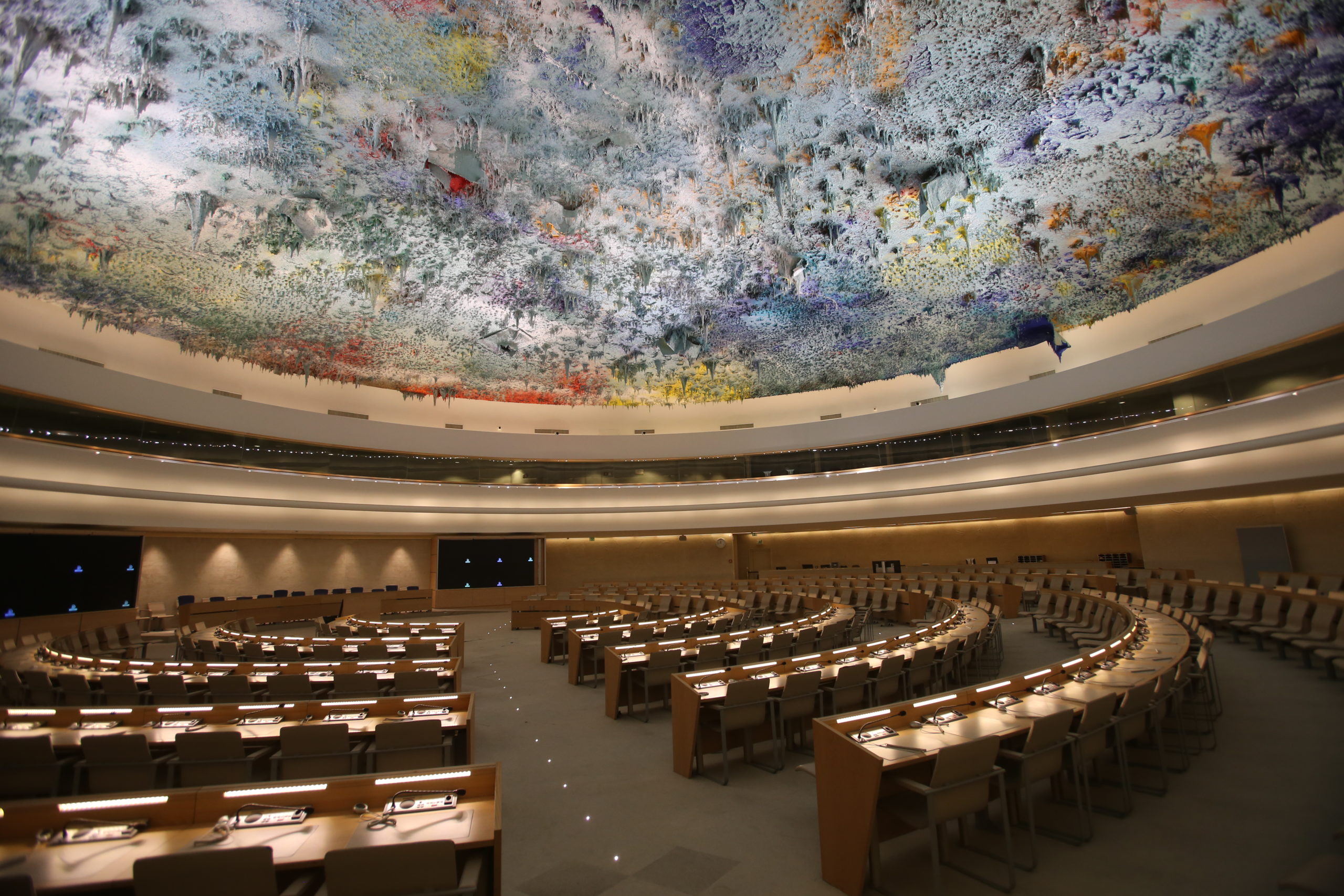 On 7 April, the UN General Assembly took the ‘extraordinary step’ of adopting a resolution calling for the Russian Federation to be suspended from the Human Rights Council (HRC). The vote received the requisite two-thirds majority of those voting in the 193-member Assembly, with 93 voting in favour and 24 against (with 58 abstentions). As widely noted, this was only the second time in the history of the HRC that a member had been suspended, following that of Libya in March 2011 in response to the repression of protests by its then ruler Muammar Gaddafi.

Both suspensions were adopted pursuant to resolution 60/251 establishing the HRC, which allows the General Assembly to ‘suspend the rights of membership in the Council of a member of the Council that commits gross and systematic violations of human rights’. A member may be re-instated, as occurred in relation to Libya; but Russia appears to have ended this possibility by quickly resigning from the HRC after the vote.

Inevitably, the vote revealed deep schisms. In addition to Russia, those who voted against included Algeria, China, Gabon, Iran, Kazakhstan, Nicaragua and Vietnam. Among the large group abstaining were Brazil, Cambodia, Gambia, India, Malaysia and South Africa. Several of those voting against or abstaining, such as China, criticised the ‘politicization of human rights’. Others such as Cambodia cautioned that it would ‘only isolate [Russia] and further entrench the situation in Ukraine’. Senegal explained its abstention on the basis that the vote ‘anticipates an outcome that has not been confirmed’, and should await the findings of the Independent International Commission of Inquiry on Ukraine, a position supported also by South Africa.

By contrast, the Netherlands considered the integrity of the UN to be at stake ‘if Member States allow the Russian Federation to commit those atrocities without consequences’. Similarly, Denmark noted that the HRC ‘should not, and will not, be tainted by the full-fledged membership of a State accused of some of the most horrific war crimes seen in Europe since the end of World War II’.

As highlighted by Germany, the threshold to suspend a Member State from the HRC is gross and systematic human rights violations, which Russia ‘has obviously committed – and continues to commit’. However, as observers have noted, other HRC member states have also committed gross and systematic violations while remaining HRC members, such as Saudi Arabia in Yemen, or China in Xinjiang. Eritrea, a current HRC member, massacred scores of civilians including children in the historic town of Axum in Ethiopia’s Tigray region in November 2020.

Suspending Russia is considered necessary for the HRC’s legitimacy, but reflection is needed to better understand the criteria by which States may be suspended due to having crossed the threshold of gross and systematic violations. Perhaps the HRC could request of its Advisory Committee further study of this question. The Advisory Committee is composed of independent experts and may offer views that are not subject to diplomatic pressures.

Under Articles 5 and 6 of the Charter of the United Nations, suspension or expulsion from membership of the UN Organisation can only be taken by the General Assembly ‘upon the recommendation of the Security Council’. This has never happened in the history of the UN (a 1974 resolution to expel apartheid South Africa was vetoed by the US, UK and France). By contrast, the 47 members of the HRC are elected by the UN General Assembly, and it is the General Assembly alone that votes on suspension. The decision to suspend Russia made it the first permanent member of the UN Security Council to have its membership revoked from any UN body, a significant development from the precedent established in relation to Libya.

The HRC is formed of Member States and as an inter-governmental forum, is the closest of the UN human rights bodies to a diplomatic as opposed to a legal supervision of human rights. Indeed, the vote to suspend Russia was generally reported as a ‘diplomatic slap’. It is in this way that it is best understood as a ‘step in the right direction’ that adds necessary diplomatic pressure on Russia to end its widespread violations of international human rights law. However, such pressure should always be considered where the threshold is clearly reached. An independent and legal examination of violations of human rights will be provided under the auspices of the HRC via the Independent International Commission of Inquiry on Ukraine, which has a mandate to investigate all alleged violations of international human rights and humanitarian law with a view to ensuring that those responsible are held accountable.

David Keane is Assistant Professor in Law at the School of Law and Government, DCU. Dr. Keane’s research is in international human rights law, with a particular focus on the International Convention on the Elimination of Racial Discrimination (ICERD), caste-based discrimination, minority rights and related aspects of the UN human rights system