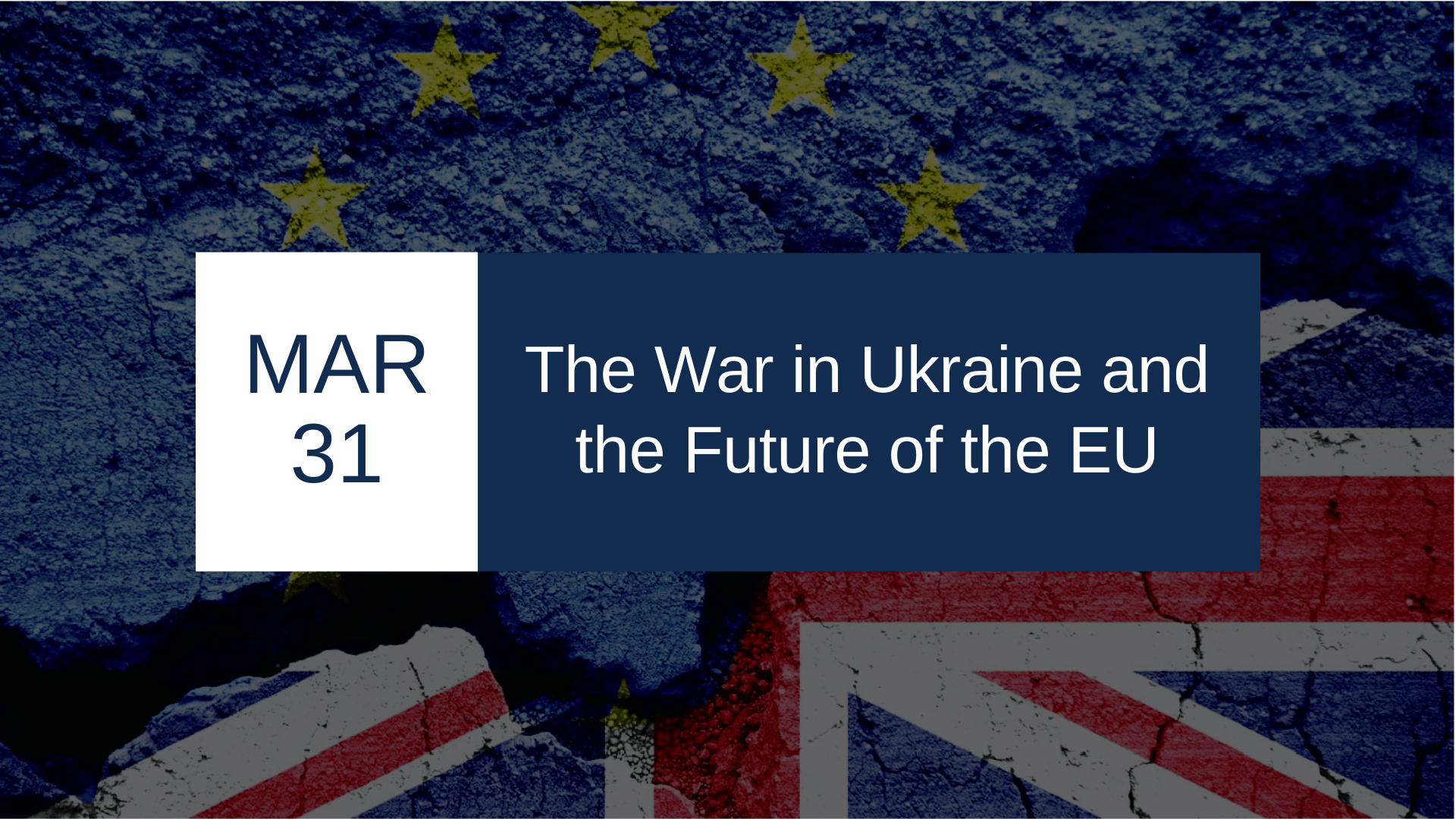 The War in Ukraine and the Future of the EU

The event was opened by Daire Keogh (President of DCU) and included a opening statement by Thomas Byrne TD (Minister of State for European Affairs of Ireland).

It was then be followed by a high-level roundtable of experts, chaired by Judy Dempsey (Senior Fellow at Carnegie Europe and editor in chief of Strategic Europe) and featured:

This was followed by a Presentation on the DCU Masters in European Law & Policy 2022-23.