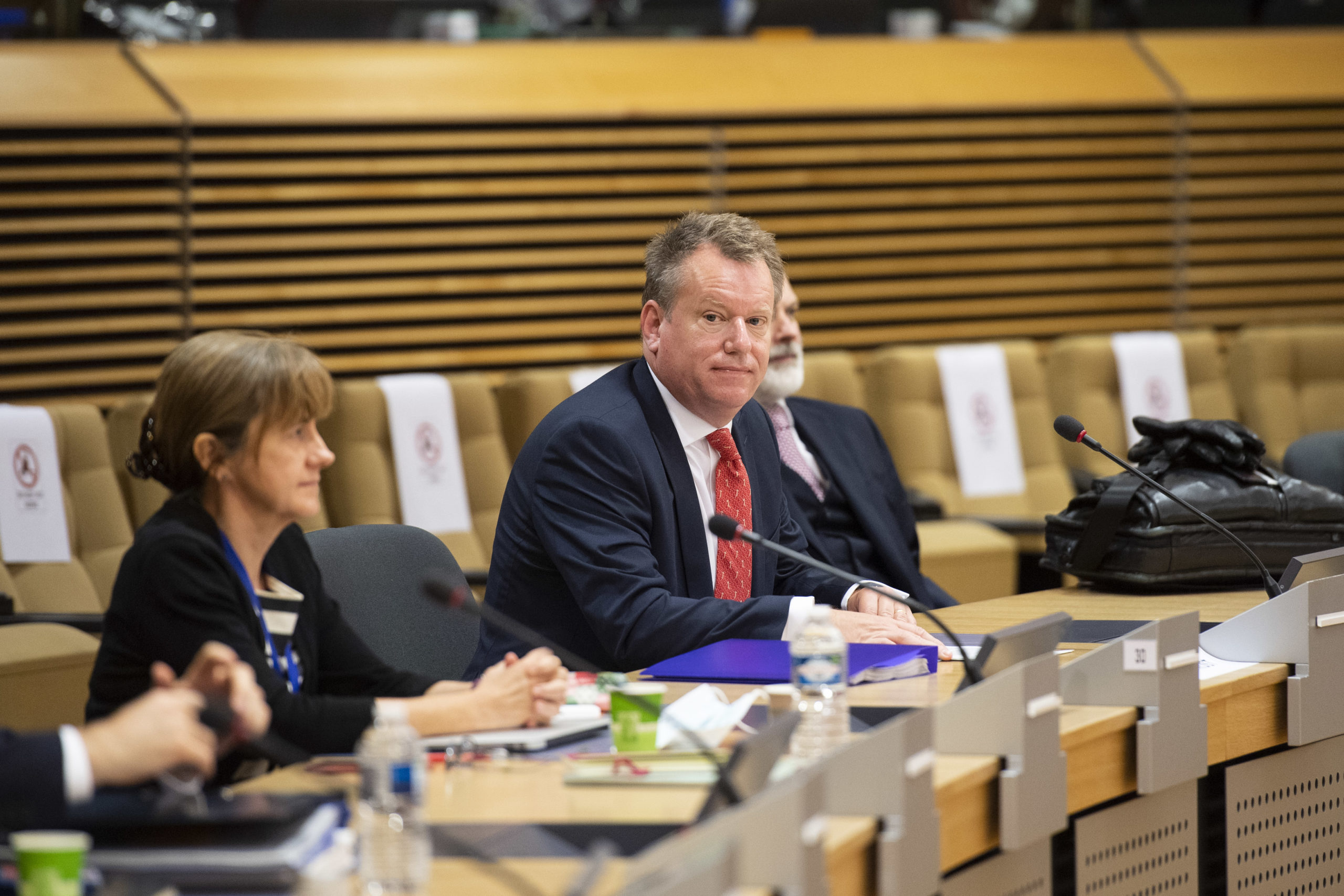 A Christmas Without Frost: The End of the ‘Brexit Minister’?

This will be the first Christmas in five years that is not accompanied by some kind of high-stakes Brexit drama. In December 2017, a key turning point in the Brexit negotiations (the signing of the Joint Report) was temporarily delayed by a furious intervention by Arlene Foster, whose party (the DUP) was then propping up Theresa May’s government. In December 2018, having successfully negotiated a Brexit deal with the EU, May was forced to fend off a challenge to her leadership from her own parliamentary party. In December 2019, Boris Johnson, having replaced May, fought and won a general election with the promise to “Get Brexit Done,” enabling the UK’s withdrawal from the EU the following month. And in December 2020, the final negotiations over the Trade and Cooperation Agreement (TCA) were only agreed on Christmas Eve, just eight days before the post-Brexit transition period ended. Indeed, it has been common for UK-EU watchers to joke that Brexit deadline season is their favourite time of year.

Not this year. All is calm on the Brexit front: an unusual Christmas truce has broken out, as the UK has recently signalled that it will relax its previous hardline demand that the authority of the European Court of Justice (ECJ) be removed from the Northern Ireland Protocol. Rather, this year’s December surprise has come in the form of the resignation of Lord Frost, the UK’s chief negotiator with the EU on the implementation of the Brexit deal. It was announced that his role would be taken over by Liz Truss, the foreign secretary.

Unlike two previous Brexit ministers – David Davis and Dominic Raab – Lord Frost’s stated reason for resigning was not the government’s Brexit policy. Rather, he objected to its “direction of travel” in domestic affairs, deviating from the “lightly regulated, low-tax, entrepreneurial economy” that he preferred. This resignation has added to Johnson’s many troubles – including an historic byelection loss, a backbench revolt against Covid restrictions, and multiple allegations of sleaze and rule-breaking parties at the heart of government – but that is not the focus here.

Rather, it is worth taking a moment to reflect on the evolution of the strange and anomalous role of “Brexit Minister” in the UK government. After the 2016 referendum, Prime Minister Theresa May created a new cabinet position of “Secretary of State for Exiting the European Union,” informally known as the “Brexit Minister.” The person in this role was originally supposed to accomplish two enormous tasks. The Brexit Minister was to act not only as chief negotiator of the terms of UK’s withdrawal from the EU, but also as the head of a brand-new government department. In a very ill-advised move, Theresa May decided not to run Brexit through existing government departments (e.g. the Foreign Office) but rather to create an entirely new (and temporary) Department for Exiting the EU (DExEU). David Davis was appointed the first Brexit Secretary in 2016.

In time, it became obvious that it was unsustainable that one person should perform both the role of chief Brexit negotiator and Brexit Minister, and so the two were separated. David Davis retained the cabinet post of Brexit Minister, and a civil servant (Olly Robbins) was brought in as Brexit negotiator. But as events unfolded this led to the absurd situation that the cabinet minister responsible for Brexit resigned over a government policy over which he was nominally in charge but that was in practice out of his hands. This happened twice. David Davis resigned in July 2018 when he could not endorse Theresa May’s new negotiating position as agreed by the cabinet at Chequers. Davis’s replacement, Dominic Raab, resigned four months later when he objected to the Withdrawal Agreement negotiated by Theresa May. The next Brexit Secretary, Stephen Barclay, shepherded DExEU through the final stages of the Brexit process until 31 January 2020, when DExEU ceased to exist.

Meanwhile, David Frost – then a civil servant – enjoyed a meteoric rise in the British government thanks to the patronage of Boris Johnson, for whom he had been a special advisor when Johnson was Foreign Secretary. When Johnson became prime minister in mid-2019, he appointed Frost as the chief negotiator with the EU (replacing Olly Robbins). He successfully renegotiated the Withdrawal Agreement, including a new version of the Northern Ireland Protocol that removed the all-UK “backstop” and put a customs and regulatory border in the Irish Sea.

The implementation of the Withdrawal Agreement is overseen by the Joint Committee, which is co-chaired by a Member of the European Commission and a “representative of the Government of the United Kingdom at ministerial level.” This ministerial office is essentially the successor to the role of Brexit Minister, now without a government department to be in charge of. Initially, this position was held by Michael Gove, then Minister for the Cabinet Office. Then on March 1, 2020, one month after the UK withdrawal from the EU, the position was given to David Frost who, while not elected, was able to take up the ministerial post as he had by then been made a member of the House of Lords. Lord Frost would not only oversee the implementation of the Withdrawal Agreement but would also be the chief negotiator of the TCA that was agreed in December 2020. After this, he also became the co-chair of the Partnership Council, the body that oversees the implementation of the TCA. This was an unusual concentration of power over the UK’s EU policy in the hands of one unelected minister who did not even have a government department to run.

Frost was a combative Brexit Minister, highly critical of the Northern Ireland Protocol and frequently threatening to trigger Article 16 (the safeguard clause) that would suspend parts of it. He did not have the excuse of previous Brexit Ministers Davis and Raab for criticizing the agreement, because he himself had actually negotiated it. When a compromise was in sight he would introduce new demands, such as the removal of the authority of the ECJ. In October of this year, just one day before the EU was to offer a generous package of practical solutions to ease the implementation of the Protocol, Lord Frost travelled all the way to Lisbon, Portugal (not Lisburn, Northern Ireland) to make a speech claiming that the Northern Ireland Protocol was not working and needed to be fundamentally changed.

After Frost’s resignation, Johnson did not appoint a new minister specifically to cover the Brexit portfolio. Instead, he gave Frost’s responsibilities – negotiating with the EU and co-chairing the Joint Committee and the Partnership Council – to the Foreign Secretary, Liz Truss, which is much more in keeping with the standard practice in the conduct of foreign affairs. It remains to be seen whether this will mark a permanent end to the dedicated post of Brexit Minister, which has occupied such an anomalous role at the heart of UK government for the past five years.