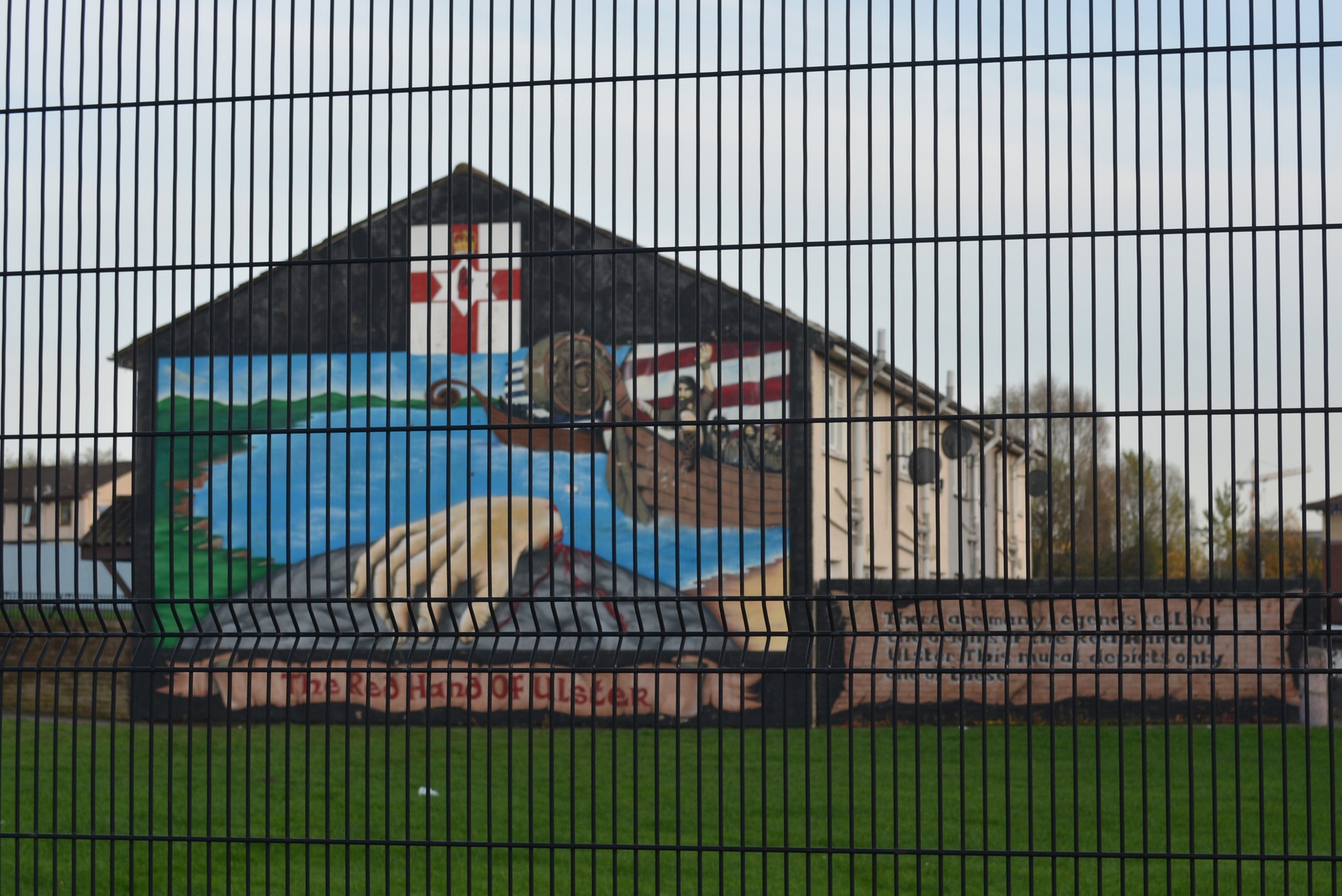 The UUP and the Northern Ireland Protocol: Pragmatism, or Opportunity Squandered?

The Ulster Unionist Party (UUP) – along with its then nationalist counterpart, the Social Democratic and Labour Party (SDLP) – were the primary Northern Ireland (NI) party actors that delivered the 1998 Belfast/Good Friday Agreement (B/GFA). Its then leader, David Trimble, understood well the high probability that he would be outflanked by the more hard-line Democratic Unionist Party (DUP) for the way in which the agreement gave Sinn Féin – part of a transitioning republican combatant movement – an entry into NI’s governance. This “price of peace”, as Frank Millar’s biography puts it, was something Trimble ultimately signed up to. Subsequently the DUP did take on the mantle of northern unionism, with the UUP enduring what many posited was a perennial electoral decline. However, with the election of Doug Beattie in May 2021 – and all manner of drama occurring within the wider unionist family – this narrative was somewhat turned on its head, as the UUP appeared to suddenly emerge as a possible candidate for being NI’s most popular unionist party again. Attention naturally turned to the party and how it would now respond to the all-consuming matter of the Northern Ireland Protocol, with speculation that the liberal inclination of Beattie might prompt an equivalent approach to this particular issue. While there have been signs that this could be the case, other events – most especially the recent joint unionist letter signed by the UUP leader – suggests a more conventional anti-Protocol position. Incidentally, this approach would be in line with Lord Trimble, who as a Conservative peer has adopted a strongly critical stance towards the Protocol, even taking part in a high-profile legal challenge.

The Northern Ireland Protocol is the joint creation of the European Union and United Kingdom and forms a key part of the treaty (the 2020 Withdrawal Agreement) governing the act of Brexit. It retains an open border on the island of Ireland by ensuring Northern Ireland continues to be subject to EU product standards – thus making Northern Ireland a de-facto part of the Single Market. The logic of the Protocol – as set out originally in the European Council’s negotiating guidelines, and as was subsequently accepted by the British government – is to maintain a vital asset of the peace process, therefore minimising harm to the functionality of the B/GFA. The preamble to the B/GFA – which sets out its underlying principles and objectives – framed the agreement in terms of the UK-Irish EU partnership; but the agreement does not go on to particularly quantify or create provision for this as it simply did not occur to the British and Irish negotiating teams that Brexit could ever happen. There should be no doubt about the Single Market’s importance, however, with Tony Blair stating that without it, “there would never have been a peace agreement”.

The Northern Ireland Assembly called for the implementation of the Protocol as a baseline; it would prefer more comprehensive NI involvement with the EU, but endorsed the Protocol as a means of mitigating what it perceived as the Johnson administration’s willingness to skirt too close to a no deal scenario. A positive narrative of the Protocol has since emerged – espoused most especially by the Alliance Party and SDLP (and perhaps privately held by elements of Sinn Féin) – which emphasises the comparative advantage NI has due to the Protocol allowing it to have access to both the EU and UK markets. The DUP and Traditional Unionist Voice (TUV) – both of whom subscribe to the national revival idea of Brexit (the DUP at least nominally) – maintain an antithetical outlook, arguing that as a matter of principle it is unacceptable that the Protocol requires that goods moving from one region of the UK (Great Britain) to another (NI) be subject to checks. It is their view that this contributes to a hollowing out of NI’s constitutional position in the UK – regardless of the fact that  Article 1 of the Protocol explicitly states that its status is unchanged, and in fact that the Protocol could hold the key to guaranteeing NI’s position within the Union.

The UUP as a party is one of the custodians of the B/GFA, but it  has been divided by the issue of Brexit, as it includes both prominent Remainers and Leavers. What appears to have united the party in recent times is a general sense of scepticism toward the Protocol as it is, whether due to the basic aspect of its alleged effect on the NI-GB constitutional relationship or, as the UUP’s Health Minister Robin Swann emphasises, more practical issues such as the reported disruption to medicine supplies. Doug Beattie – a liberal force within the party – replaced Steve Aiken as leader in May, and has engaged in a remarkable recruitment effort, notably of Ian Marshall – a former Irish Senator, and Ulster Protestant farmer – who declared upon his entry to the party that the Protocol is “here to stay”. This was followed by an apparent pivot by the UUP to a focus on finding technical legislative solutions to improve the effectiveness of the Protocol rather than simply opposing it outright. All of this contributed to a sense of an emergent pragmatic UUP – the kind of which had delivered the B/GFA – but then on September 28, following on from his attendance at a controversial June anti-Protocol rally in Portadown, the new UUP leader was a signatory to a joint unionist letter asserting that “the Protocol must be rejected”. This was followed by a parallel event on the fringes of the Conservative Party Conference – the party whose leader, Boris Johnson, signed and sealed the Protocol, all the while telling northern unionism that it wasn’t what it was, a blueprint for a quasi-border in the Irish Sea.

The UUP – which according to recent polling could potentially be the most popular unionist party again – is faced with a dilemma, or perhaps trilemma. Is its newfound popularity due to a perception that it could approach the matter of the Protocol – and NI politics in general – more sensibly? Is it that Doug Beattie and Robin Swann – who have a tangible air of integrity and decency (as shown by their respective approval ratings) – are simply preferable to the egos of the DUP, and the vicious manner in which it recently disposed of its leaders, Arlene Foster and Edwin Poots? Or is it that Beattie – with his background as a Royal Irish Regiment captain – is seen as capable of demonstrating a more consequential toughness on the Protocol, as well as on Sinn Féin, the eternal bogeyman of unionism? It is possible – and indeed, likely – that each of these to some degree apply, but having its foot in both Protocol camps is unsustainable, and could eventually harm the unique relatibility factor that the UUP leadership currently holds. It appears, however,  that Beattie could be attempting – as his immediate predecessors tried and failed before him -to appeal to each of these constituencies, possibly with a view to maximising the chances, as has been projected, that the UUP will have a breakthrough moment at the Assembly election of May 2022.

To avoid quickly losing authenticity, though, the UUP will have to be decisive as to whether the Protocol is an opportunity, or a non-starter. It should be mindful in this respect of the words of the former PUP leader, Dawn Purvis – arguably the last unionist leader to command real cross-community affinity – who has warned that the DUP’s Brexit approach means that “we are at the beginning of the end now”. The Protocol is not a perfect mechanism – it is, after all, a substitute for conventional Single Market status – but the reality is its impact is not as sensational as some of the more negative headlines imply. Notwithstanding the British government upping the stakes further in a manner which diminishes its amenability, the EU is currently preparing to make amendments which will alleviate medicine supply issues. As is the case within the broader Single Market, NI is not suffering from a broad range of supply problems affecting GB – for example, in soft drinks and vehicle fuel – and despite a warning about access to Christmas products from its chairman and former Conservative MP, Marks & Spencer is set to open seven additional food shops in NI. Business is also adapting very quickly to smaller instances of supply issues – looking to the rest of the island of Ireland for solutions – a fact that was tellingly lamented on Monday by Lord Frost during a Policy Exchange Brexit panel. There is, moreover, the big picture aspect of NI attracting more Foreign Direct Investment (FDI) – a vision of the peace process that has never been fully realised – with experts, including the Invest NI CEO Kevin Holland, outlining that a key catalyst for this is that NI is “unique in having dual access to both the UK and Europe as a result of Brexit.”

On balance, there is a clear basis for the UUP to separate itself from the “long dark night of the Ulster British soul” by adopting an optimistic and constructive attitude toward the Protocol that is underpinned by an understanding of the paradigm shift of the 1993 Downing Street Declaration. This British-Irish agreement affirmed that the UK had “no selfish strategic or economic interest in Northern Ireland” – something which may be no less applicable today (and possibly even more so), with recurring political crises, and NI having the second lowest rate of productivity of any region in the UK (despite enjoying the highest public spending per head relative to England, Wales and Scotland). The Protocol provides an opportunity to challenge this, as the primary reason for the economic weakness is a lack of investment – and the associated poor skillset of the NI workforce.

On the other hand, the UUP could – as it has before – lean deeper into the more ideological unionism of its counterparts, who cannot conceive of any possible benefits to the Protocol. If so, its path will become intertwined with a dishonest effort to amplify any and all difficulties in the Protocol’s implementation – which the EU-UK Joint Committee is there to consensually rectify – and agitate the unionist population to believe that their Britishness is existentially threatened. The British government is not only not countering this with official information regarding the Protocol’s potential opportunities – a recommendation of a new Ulster University policy paper – but is at least tacitly, if not overtly, legitimising it. This leaves a problematic vacuum, because as the 2020 NI Life and Times Survey shows, 50% of people feel they do not have sufficient understanding of the Protocol. There is a risk, then, that as with the 2016 Brexit referendum, the next Assembly election will be determined not by what is true about the Protocol, but what society is persuaded is true about it, with the loudest, most strident voices in all of this emerging with the greatest impact. The UUP should think carefully about being in any way party to such an effort, because the EU will only hold its hand out for so long, and a diet of global capital rather than sausages is surely the more sure-fire way for guaranteeing NI’s continued existence.

Darren Litter is a PhD Candidate in the School of History, Anthropology, Philosophy and Politics at Queen’s University Belfast.