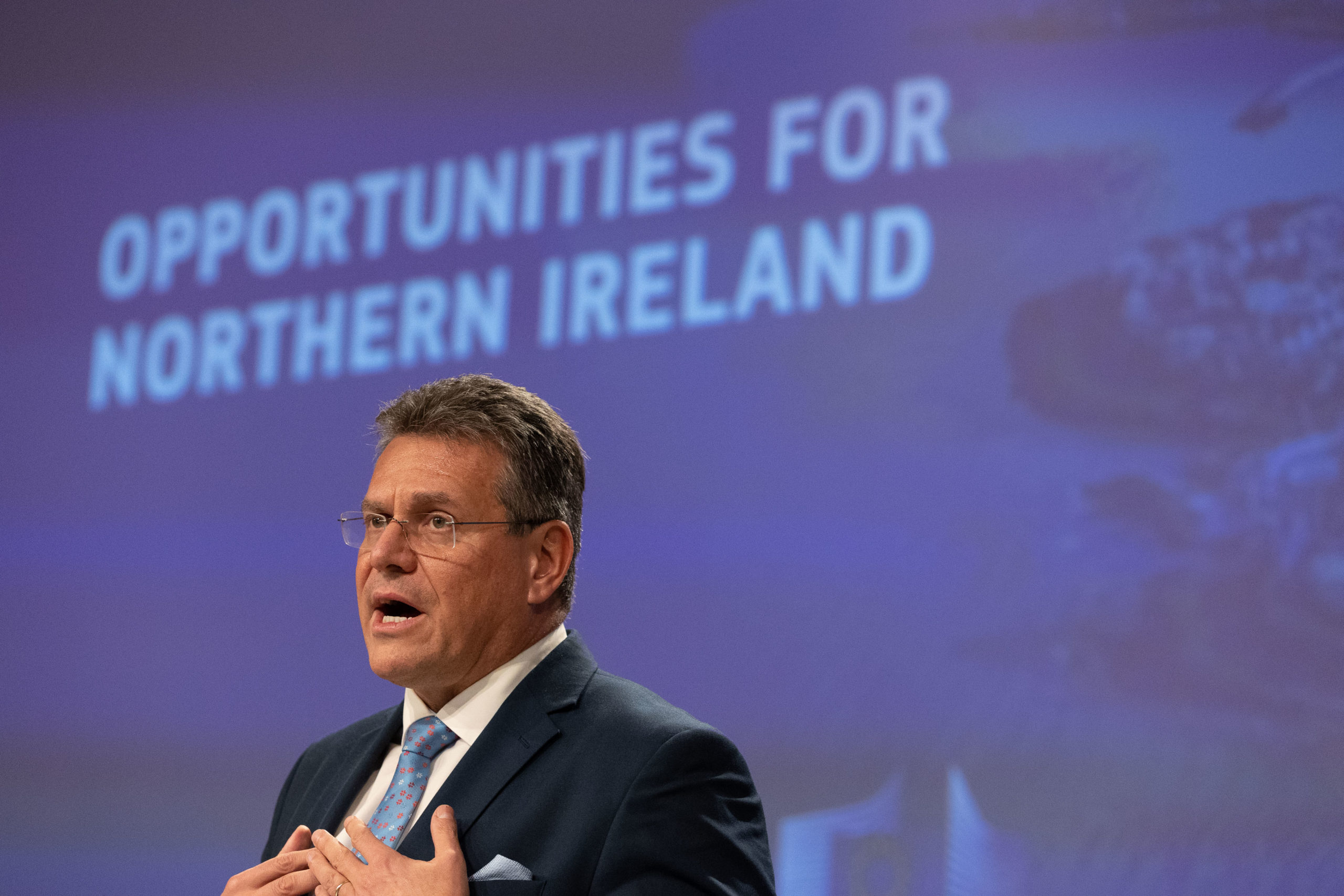 Of No Deals, Deals and New Deals: The Commission’s proposal on the Protocol on Ireland / Northern Ireland

The Brexit story has been for most of the past 5 years a never ending saga of efforts to get a deal under the threats of a no deal. After the notification of the UK’s intention to withdraw from the EU in March 2017, the British government on multiple occasions indicated its readiness to leave the EU without an agreement — only to change course, and extend its membership in the EU beyond what Article 50 initially envisaged. Through skilled diplomacy, in October 2019, the European Commission and the British Government managed to strike a deal on a Withdrawal Agreement (WA), including a Protocol on Ireland / Northern Ireland, which secured an orderly exit. But the strategy of threatening a no deal was soon replicated in the context of the negotiations of a new framework of EU-UK relations, which ultimately concluded — with a deal — just a week before the end of the transition period on 24 December 2020.

Now that the deal is in place, however, the UK Government has immediately pushed to renegotiate what it had just agreed to. In other words: after a deal, a new deal! In fact, the ink of the EU-UK Trade and Cooperation Agreement (TCA) was hardly dry when London requested full scale amendments to the Protocol on Ireland / Northern Ireland. As is well known, this core part of the WA was agreed to preserve the achievements of the Belfast/ Good Friday Accords, prevent the return of a hard border in the island of Ireland and preserve the EU internal market. As such, they constitute crucial terms of the withdrawal deal. Yet, in a Command paper published in July 2021, the UK Government demanded significant changes to the Protocol, including to its provisions on customs & trade, and governance & adjudication. Because no deal is no longer an option, however, the UK Government threatened on multiple occasions to use the safeguard clause (Article 16), and suspend the Protocol’s application — a stance which has been strongly called for by Unionist politicians in Northern Ireland. As a result of that, the Protocol has become incendiary.

Initially, the European Commission resisted any efforts to reopen a negotiation of the Protocol, which had become fully applicable only on 1 January 2021, and in the midst of a global pandemic. At the same time, there are serious questions of whether the threat of invoking Article 16 is credible, as this would ultimately lead to a suspension of the TCA and counter-measures. Nevertheless, to defuse tensions, the Commission ultimately decided to seek a compromise in the interest of Northern Ireland, and to move in the direction requested by the UK. In particular, in a package of proposals released on 13 October, the Commission put forward bespoke solutions to address the difficulties that people in Northern Ireland had been experiencing because of Brexit.

First, the Commission proposed to simplify certification of SPS checks, reducing up to 80% of the paperwork required on the movement of food, plant and animal goods from GB to NI, subject to labelling that such goods are for sale in the UK only. Secondly, the Commission opened increased flexibility in customs controls, simplifying the formalities for the transport of goods with a view to creating express lanes from GB to NI, subject to adequate monitoring by UK authorities. Third, the Commission also agreed to change EU law to secure the uninterrupted supply of medicines to NI, allowing UK drug producers to market their products in NI even without these having been approved within the EU territory. Fourth and finally, the Commission also decided to enhance its engagement with stakeholders in NI, strengthening dialogue with civil society and business organizations regarding the effective implementation of the Protocol, and calling also for a stronger link between the NI Assembly and the EU-UK Parliamentary Partnership Assembly.

It remains to be seen what response the EU proposals will receive by the UK Government, and whether these will ultimately lead to an adjusted deal. Certainly, the EU’s intention is to implement its bespoke solutions within the framework of the existing Protocol — not to draft a new one, which is what the UK Government has recently suggested. Nevertheless, the Commission proposals are genuine attempts to address the practical problems that the Protocol has revealed on the ground. From this point of view, therefore, the European Commission rightly disregarded calls from UK Brexit Negotiator Lord Frost to remove the role of the European Court of Justice (ECJ) in resolving disputes related to the Protocol. Clearly, this is not a practical issue about which business organizations and civil society in Northern Ireland have complained. Rather, this is an ideological demand, only motivated by the profound dislike for the ECJ in some UK political quarters, and by the desire to fully reassert national sovereignty.

Renegotiating the Protocol is a challenging prospect — because of problems of time and trust. First, from a timing viewpoint, it is hard to understand how a call for renegotiating the Protocol could possibly be made just 6 months after the entry into force of the Protocol, by the very government that had negotiated it. Second, from a trust viewpoint, the credibility of calls for a fundamental renegotiation of the Protocol are undermined when they are made by actors which, in fact, have not fully committed themselves to its implementation. Indeed, the bad feelings created in 2020 by the UK Internal Market bill (later amended) and in 2021 by the adoption of unilateral measures extending the grace periods have raised question on the trustworthiness of the UK Government as a negotiating partner. And this does not constitute the best condition to seek a new agreement of sorts. Therefore, making sure that already negotiated Protocol works is the best one can hope for. The European Commission’s move is a wise step to find possible solutions within the existing deal, moving beyond threats of a no-deal and calls for a new deal.

Federico Fabbrini is Full Professor of EU Law at Dublin City University (DCU), where he is the Founding Director of the Brexit Institute. He recently edited the book The Law & Politics of Brexit Volume 3: The Framework of New EU-UK Relations,  published by Oxford University Press.