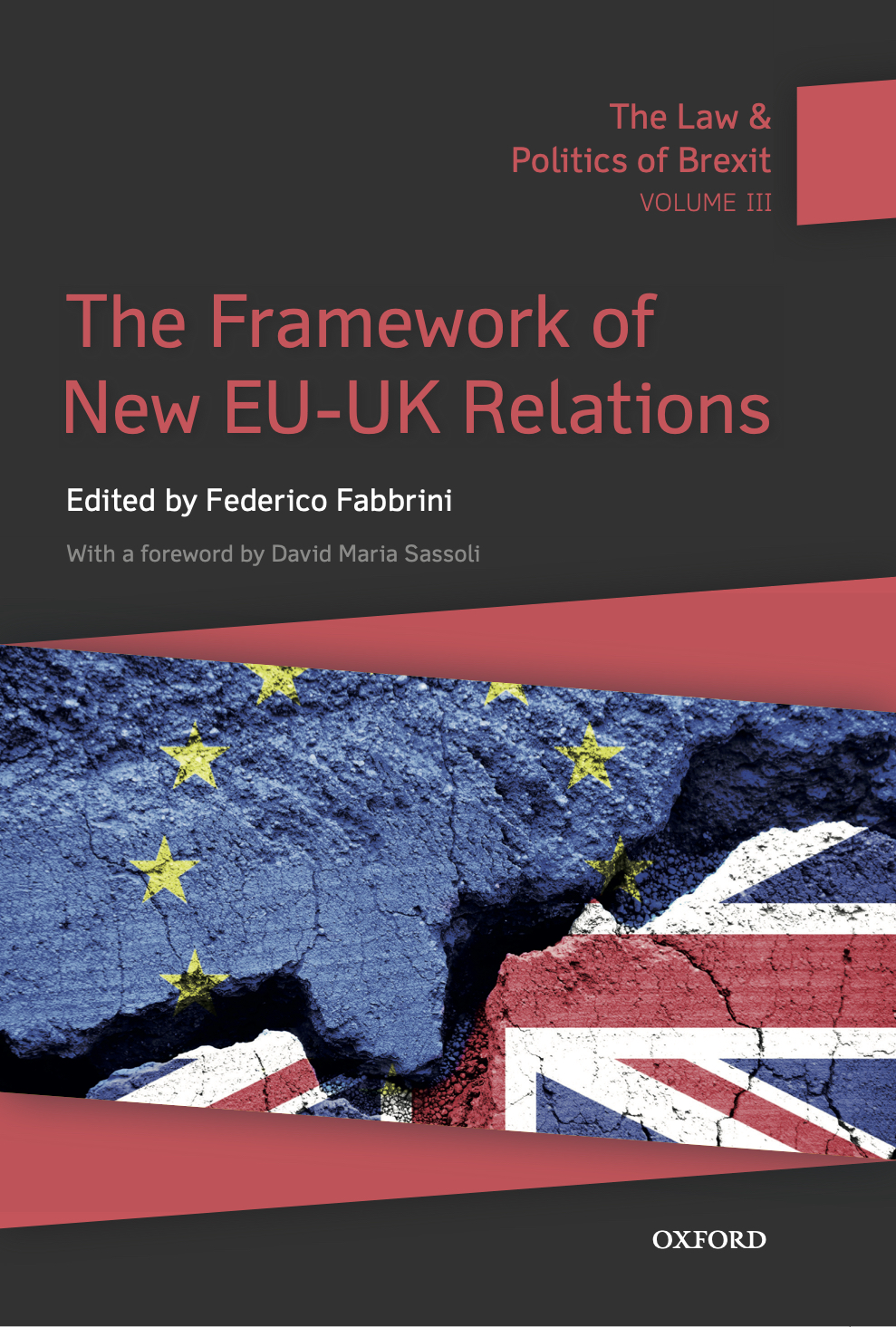 Professor Federico Fabbrini, Founding Director of the Brexit Institute and Full Professor of EU law at the School of Law and Government, Dublin City University, is the editor of the new book “The Law & Politics of Brexit Volume 3: The Framework of New EU-UK Relations“. The book, which features a preface by David Maria Sassoli (President of the European Parliament) and is published by Oxford University Press, provides the first comprehensive academic analysis of the new terms of EU-UK relations post Brexit, including the Trade & Cooperation Agreement.

The book – which builds on the prior volumes in the series: “The Law & Politics of Brexit” (OUP 2017) and “The Law & Politics of Brexit Volume 2: The Withdrawal Agreement” (OUP 2020) – contextualizes the new framework of EU-UK relations, including the ongoing challenges of implementing the Withdrawal Agreement (WA), and sheds light on the new mechanisms for EU-UK cooperation both in the economic domain including free movement of goods, financial services, and mobility of persons, and in the security domain including law enforcement, defence, and data protection. The work underlines the profound differences between the new status quo compared to the legal framework applicable when the UK was still an EU member state including end of free movement of persons, financial passporting, and cooperation in foreign affairs and defence, and reflects on what the latest stage in the Brexit process means for governance, sovereignty, and the future of European integration.