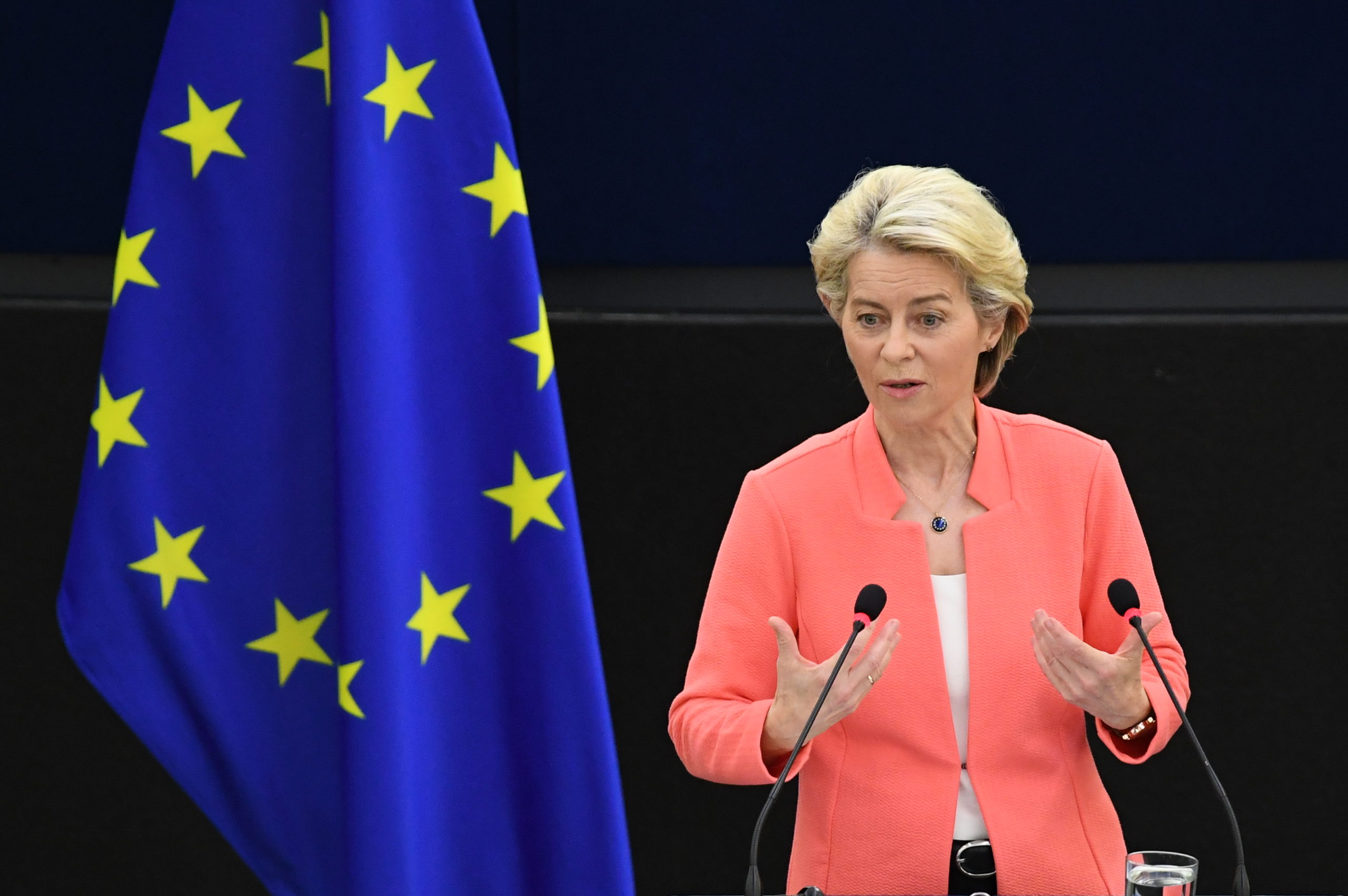 The State of the Off-Balance Union

While the European Union lacks several essential characteristics of a federal union, notably a government, it does not lack federalist pretension. Taking on some of the appurtenances of the United States of America comes easily enough to the leadership of the European Commission and Parliament who otherwise remain frustrated by the slow progress of deeper political integration. The adoption in 2010 by Commission President Barroso of the model of the US President’s State of the Union speech to the combined houses of Congress is a shining example of this federalist wishful thinking. It befitted the constitutional hopes that ran high at that time when the long-awaited Treaty of Lisbon entered into force. Some over-hype was pardonable.

Yet the American analogy must be tempered by a sense of proportion: the Commission President appears before the European Parliament at least once every plenary session in any case, so the annual State of the Union speech in Strasbourg is not such a grand event as its Washington exemplar. And the Commission President represents only one part of the dual-headed executive authority of the EU: while he or she speaks solemnly to MEPs, the representative of the Council presidency — not, note, the President of the European Council — sits politely, if nervously across the chamber. MEPs, however, are easily flattered by the unusual media attention accorded their House for the State of the Union speech. For the Commission President it is a useful and important political occasion.

President von der Leyen’s term of office has not been easy. It was she who presided over the eventual secession of a big member state and 65 million EU citizens in January 2020, followed by the fraught negotiation of a new treaty with the UK. It is her Commission that has had to cope as best it can with the coronavirus pandemic, and the untimely death of 760,000 EU citizens. It is this Commission which has stood witness to the unseemly Western scramble to leave Afghanistan to the Taliban. Under her watch, Hungary and Poland have become errant member states, jeopardising the rule of law, media freedom and the independence of the judiciary. And this Commission has had to face up like none of its predecessors to the escalating crisis of global warming, necessitating far-reaching technological innovation, reform of taxonomy and radical social and economic adaptation. Gifted the curse of unrelenting crisis management, Ursula von der Leyen has had precious little luck.

Not all has gone well. Her management style is closed and morale in the Commission is not good. In personal terms, von der Leyen lacks the self-effacing, laconic style of her predecessor. She too often falls into the trap of over-promising and under-delivering — not least with regard to the Covid vaccination programme. Was this week’s State of the Union speech a sign of a more fluent and confident leader?

Ursula von der Leyen achieved certain objectives. She corralled her sometimes fractious, over-sized college of Commissioners (of very variable qualities) behind her speech. She sounded convinced and convincing about global climate leadership. She chided the Council about its divisions over migration, and confirmed the Commission’s actions against Hungary and Poland on the rule of law. Von der Leyen challenged the Parliament to stick to its earlier commitment to back her presidency and her ambitious legislative programme. She was elected by the Parliament in difficult circumstances with a cross-party majority of 56 votes in July 2019, and there is nothing serious to suggest that she has yet forfeited that support.

President von der Leyen cannot be faulted on her choice of strategic priorities. Indeed, given the pressure of events, she could hardly have chosen otherwise. When so much of the present work programme has yet to be delivered effectively, we have no need for big new policy initiatives with more clunky titles and Instagram pics.

Given the many difficulties with which the Union is now encumbered, one had hoped for a more trenchant statement of support for constitutional reform, including treaty change. The EU will not thrive unless and until it gets to be more federal, with a stronger executive concentrated in the Commission. Urging the Union to do more, better, without giving it commensurate competences, resources, instruments and powers leads inevitably to system failure. Most national politicians hate to hear this, but it is the job of the Commission President to lead the way towards building a more robust system of democratic governance of the EU, with a common fiscal policy, more capable of decisive action at home and abroad.

Von der Leyen said nothing about the reform of the flawed Spitzenkandidat procedure. She also missed the occasion to rectify her Commission’s previously vacuous approach to the Conference on the Future of Europe, an enterprise which is set to fail badly, to public ridicule, without a strong lead from the top. In what was only a passing reference to the Conference, von der Leyen said: “As we said when we took office, the Commission will be ready to follow up on what is agreed by the Conference”. That is a pledge which she is almost bound to come back and bite her. I have no idea what, if anything, the Conference’s citizens panels, due to meet for the first time on 17-18 September, can draw from the State of the Union speech.

The most interesting part of this year’s State of the Union speech concerned security and defence. The scuttle from Kabul offered the speechwriters at the Berlaymont the ideal pretext for a sharp reflection on the future of NATO and European security. Von der Leyen promised a joint declaration between the EU and NATO before the end of this year. And in a no doubt intentional snub to the absent Charles Michel, she declared “Under the French Presidency [January to June 2022], President Macron and I will convene a Summit on European defence. It is time for Europe to step up to the next level”. This is welcome. One hopes the leaders will learn the lesson from the Afghan debacle that neither the EU nor NATO can deliver a decent foreign and security policy if left to their own devices. Instead of flying the kite of European strategic autonomy without the Americans — a French theme with which after many years we are all wearily familiar — it seems necessary to ensure that the US gets more involved in the future of Europe, not less.

Taking a snapshot mid-way through the term of this Commission and Parliament, one sees the Union labouring under an internal loss of balance. Differences between the richer and poorer member states are played out in real time in terms of clinical response to the pandemic and to economic recovery. Ideological divisions have been allowed to open up between members from Western and Central Europe. Tensions continue to grow among the states about how to respond to irregular immigration and asylum seekers. The rising threats and challenges to European security from Russia and China evince starkly contrasting responses across the Union.

The best way to recover forward momentum for the European Union is to settle on a few major objectives and drive towards delivering them with efficient determination. This would seem to require a higher calibre of leadership than we have at the moment at the top of the three institutions — the European Council and Council, the European Parliament and, first and foremost, the European Commission of Ursula von der Leyen.