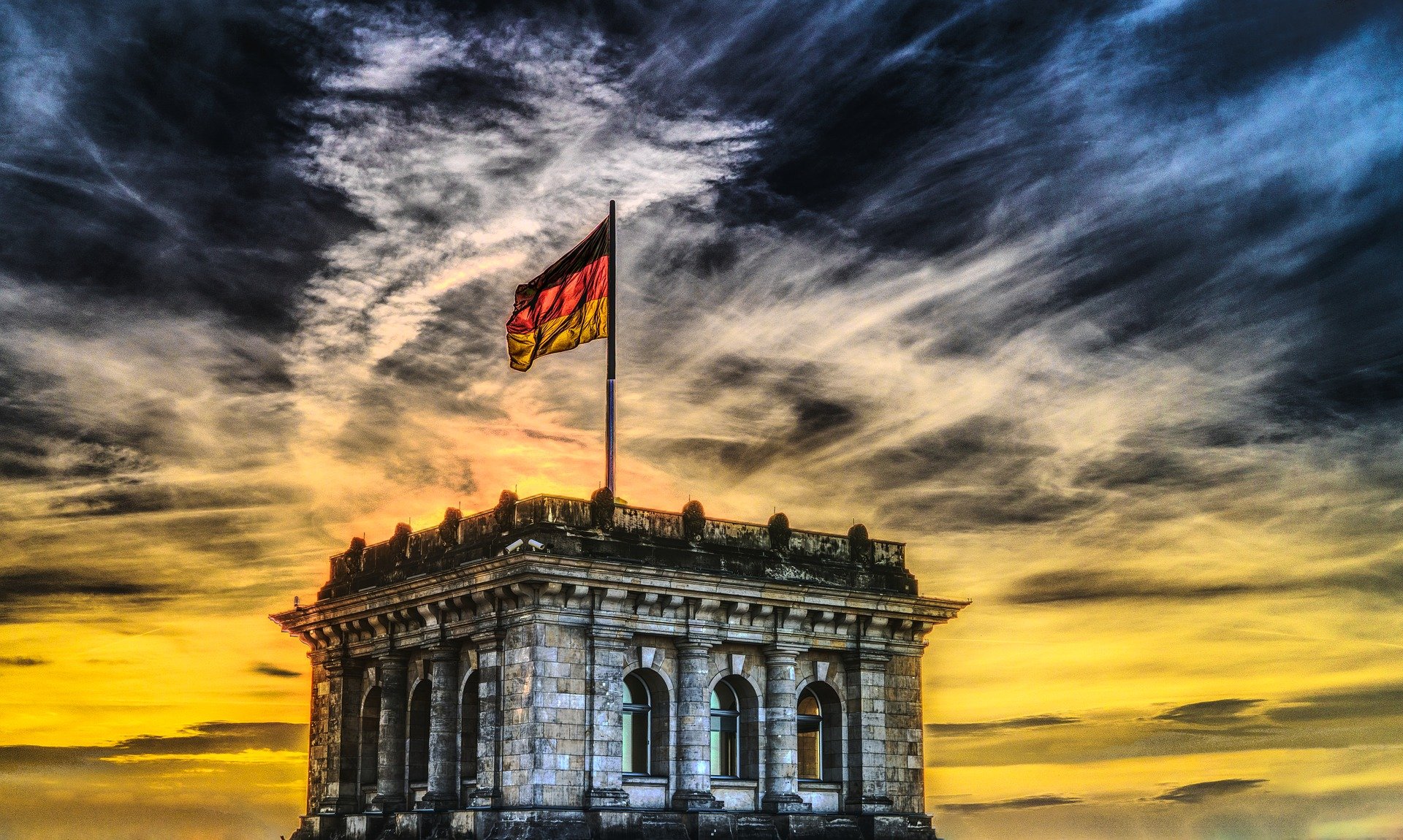 Angela Merkel is leaving office after 16 years with huge approval ratings. Expect a wait for German leadership in Europe to return.

After 16 crisis-ridden years as Chancellor of Europe’s largest economy, Angela Merkel’s shadow dominated a federal election that saw her Finance Minister—Social Democrat Olaf Scholz—dethrone her centre-right Christian Democrats as Germany’s largest party federally. A former Mayor of Hamburg—a city so large it makes up one of Germany’s 16 federal states all by itself—Scholz brings executive and ministerial experience to the job. Perhaps to the chagrin of some of his party’s more radically left-wing members, he spent much of Germany’s federal election campaign channeling Merkel, and convincing voters he was her natural successor, with his pragmatic centrism and unflappable temperament. At one point, he even put out a cheeky ad. It said “Er kann Kanzlerin,” or “he can be Chancellor,” while using the feminine version of the world “Chancellor” instead of the male “Kanzler.” With Merkel’s public approval ratings at around 65%, it proved a winning strategy.

Comparatively speaking though, winning the election was perhaps the easy part.

The vote share of Germany’s two big parties, Scholz’s SPD and Merkel’s CDU—led during this election by North Rhine-Westphalia Premier Armin Laschet—has declined markedly over the years. With a seat count of 206, the SPD only came 10 seats ahead of the CDU in a 735-seat Bundestag. The German Greens turned in their best result ever at 118 seats—but fell short of the higher expectations they had at the beginning of the campaign. The economically liberal FDP, members of the same European parliamentary grouping as Ireland’s Fianna Fail, captured 92 seats. With the Left Party losing so many seats that it almost crashed out of the Bundestag and no party willing to govern with the far-right Alternative for Germany (AfD), only three coalition options are realistically possible. The first is a “grand coalition” between the two big parties—the SPD and CDU. But with grand coalitions having ruled Germany for 12 of the last 16 years, it’s a result almost no one will want. The CDU could try and form a three-way “Jamaica” coalition—named so due to the party colours of black, green, and yellow corresponding with that country’s flag, or the SPD could negotiate with the Greens and FDP to form an “Ampel” or “traffic light” coalition. With both the SPD and Greens having increased their seat share and the CDU having suffered its worst-ever result—political Berlin is expecting an Ampel.

Getting there won’t be easy.

First of all, another dreaded grand coalition is the only one not requiring BOTH the Greens and FDP. There’s a lot of gaps to bridge on fiscal policy—with the FDP more traditionally in favour of EU fiscal rules and Germany’s constitutional debt brake. Leader Christian Lindner is certain to demand some respect for those, as well as the German Finance Ministry for his party. The Greens may end up taking the Foreign Ministry. The party ran a much more hawkish foreign policy in its platform—and is tougher on both Russia and China. At the beginning of the campaign, Leader Annalena Baerbock called for the Nordstream II pipeline between Germany and Russia to be cancelled. If the FDP takes Finance, the Greens will push hard for Foreign and Environment. This will probably see tougher rhetoric on Russia, China, and other dictators—even if policy doesn’t change much. Expect at least some more pushback from Berlin against both Warsaw and Budapest as well.

Both Baerbock and Lindner seem prepared to drive hard bargains with the SPD and CDU. During the televised post-election round between the leaders—a tradition following a German election—both suggested they should talk to each other first to find some common ground before negotiating with the SPD or CDU. Such a pre-negotiation initiative between smaller German parties would be unprecedented.

For now, Ireland and the rest of Europe should expect little change.

“We worked very hard to convince the British not to leave the union,” said Scholz in response to a question from a UK journalist in Berlin, before suggesting that Britain’s recent shortage of petrol and truck drivers wasn’t something the EU could, or was prepared to help London solve.

Coalition negotiations will take a long time and Angela Merkel will remain Chancellor of a caretaker government until the parties can reach an agreement. Given that a successful three-way negotiation has never taken place federally in Germany before, Merkel may well still be in office on December 17th—the day she’s set to surpass Helmut Kohl as the longest-serving German Chancellor in modern history.

Aaron Burnett is a German-Canadian freelance journalist based in Berlin and specialising in German, EU, and Canadian politics.