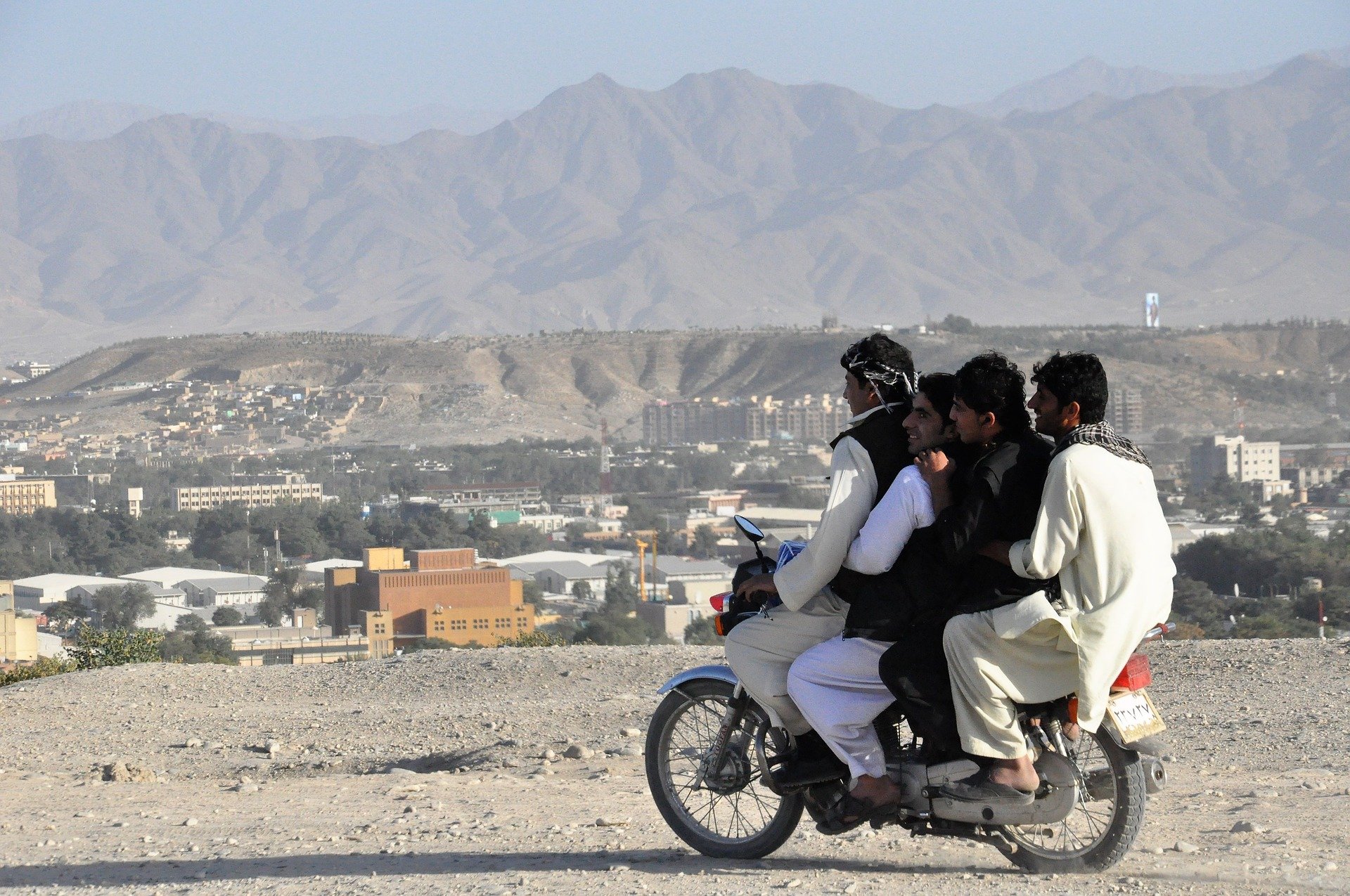 Back in early April 2021, I wrote a blog for the Brexit Institute in which I assumed there would be no fundamental change in the West’s policy towards Afghanistan. I was not alone in doing so. Indeed, the consensus then seemed to be  that the costs of remaining  were bearable, the risks involved of getting out too high and that much had been achieved  over the past twenty years (so why sacrifice the gains  made  by doing anything hasty). In spite of the ongoing war with the Taliban, they still only controlled around 10% of Afghan territory. The military argument for leaving seemed weak too. In fact, by the beginning of 2021, there were only 2500 US soldiers (and only a  few thousand NATO troops) serving in Afghanistan and losses were at an all-time low.

Of course, there was another reason why Biden’s decision came as a shock: namely that  he had been elected on the promise that  America would be ‘back’ and  that, unlike Trump he would not be taking any hasty, ill-thought out decisions that would weaken the United States abroad. Thus, in spite of his own scepticism when it came to staying in Afghanistan, the US would continue to hold the line –  not forever perhaps,  but certainly for some time. He would be  hard–nosed when it came to dealing with both China and Russia.  On Afghanistan, however, there appeared to be no pressing reason why he would want to abandon the country to the same organization who had harboured Bin Laden twenty years earlier and whose record on human rights across the board was as bad as it could be.

How wrong we all were. A few days after my blog was posted, Biden announced his decision to withdraw all US forces by the end of August. His reasons  for doing so were not entirely unreasonable.  First he insisted that the mission to ‘degrade the terrorist threat – to keep Afghanistan from becoming a base from which attacks could be continued against the United States’ had been achieved. Secondly, the US would be leaving at some point regardless  and now was as propitious a moment to do so as any. Perhaps crucially, the US in his view had left the Afghan military with the tools they needed to carry on the task of securing the country from the Taliban.

Biden also inserted two further arguments supporting his decision:  that it had never been the US mission to ‘nation build’ and that Trump’s earlier deal with the Taliban made back in February 2020 made it almost impossible for the Americans to stay. He might have also added (but didn’t) that American public opinion favoured a US withdrawal.

But where did all this leave America’s allies across the Atlantic? The simple answer was in a very  difficult  place indeed. It became more difficult still as time went by and the Taliban, against most expectations, including their own, scored one military victory after another, culminating with the take-over of Kabul in August. As a headline in the New York Times on the 23rd  August 2021 put it, ‘The Afghan Fiasco Raises Hard Questions For Europe’ not the least of which being how much did Europe really matter in Washington? Publically the White House claimed that it had ‘consulted’ with its allies in NATO. But, as was apparent at the time (and has become clearer since) this basically amounted to  America telling its friends that it was getting out of Afghanistan, and that no amount  of anguished lobbying by them or the British, would prevent them from doing so.

His decision also exposed an uncomfortable truth: that the mission in Afghanistan was entirely dependent on the US  staying to provide logistics, intelligence and air power.  NATO had, of course, played a major role over the years. Indeed, 9/11 was the first time it had ever invoked Article 5. However, at the end of the day NATO without the United States meant very little. Thus, when Biden called it a day, the game was up both for NATO, and more tragically for the Afghan people.

So, how badly has all this damaged the Transatlantic relationship? To judge by what has been said over the past few months, a very great deal. Biden may like to claim that the mission was about fighting terrorism and not changing or reforming Afghanistan, but that is not how many saw their role. Hence  when he declared that ‘nation-building’ had never been part of  the mission, many  American allies were very surprised. Surprise then  turned to anger when it became clear that Biden’s decision to get out, come what may,  was in effect handing over the Afghans- including  thousands of women, civil rights activists, judges, elected politicians and NGOs – to the Taliban.

More generally, officials across Europe have reacted with what one report has aptly noted was a ‘mix of disbelief and a sense of betrayal’ to what has happened in Afghanistan. The chairman of the German parliament’s foreign relations committee, Norbert Röttgen, could hardly contain his dismay: ‘I say this with a heavy heart and with horror over what is happening, but the early withdrawal was a serious and far-reaching miscalculation by the current administration’, which  ‘does fundamental damage to the political and moral credibility of the West’ (Politico, August 17th, 2021

Even the normally loyal ‘Brits’ were taken aback. They had hardly been the only NATO ally to have sacrificed  both ‘blood and treasure’  in Afghanistan. Nonetheless,  of all the US allies – apart from the Afghan military itself – it had committed as well as lost​​ the most,  having spent close to £28bn in the Afghan operation, whilst losing 457 personnel  (compared to America’s 2400). Afghanistan also played to its belief of having some kind of ‘special  relationship’ with America.  Now all this was cast into doubt by Biden’s unilateral decision to pull out. According to one report, even  the UK’s Secretary of Defence – Ben Wallace –  confessed ‘that the UK was so aghast at the US decision to withdraw completely from Afghanistan’ ‘that it had’ (unsuccessfully) ‘canvassed other NATO  allies to see if there was support for a reconfigured alliance to continue the stabilisation force in Afghanistan without the US’. (The Guardian, 13 August).

Others in the UK were less diplomatic, significantly including three former Prime Ministers. John Major even called the decision to get out ‘strategically stupid’, Tony Blair defined it as ‘imbecilic’, whilst Theresa May asked in one of her more effective  performances in the House of Commons, where was ‘global Britain on the streets of Kabul’? A number of MPs also joined in the attack, one of whom, the influential Tom Tugendhat, even received a round of applause from all sides when he concluded his speech by reminding his fellow parliamentarian that if the West’s chaotic withdrawal did not represent a defeat, then in his own words ‘it damn well’  felt  ‘like it’.

The EU’s Joseph Borrell could not have agreed more, insisting that what had happened was not only a ‘catastrophe for the Afghan people’ but a failure of the western world more generally. The question was what then was Europe going to do and what lessons should it draw? Europeans would still depend on the US for its security. Indeed, if Afghanistan revealed anything it was how dependent Europe remained on the United States. But it also revealed that it could not depend on the United States, if and when policy-makers in Washington decided it was in the US interest to pursue a certain course of action.

It also appeared to point to something more profound: a shift in America itself and a sense there that after too many failed wars in the Middle East, the US would no longer be  prepared to act as  the world’s policeman. Trump may have expressed this idea in his  own crude fashion by declaring that he would always put ‘America First’. Biden may not have been quite so crass. However, in spite of all his reassuring words about America being back and the Transatlantic  relationship being the bedrock upon which the Western World depended, when the proverbial push came to shove in Afghanistan, Biden managed to ‘Out-Trump Trump’. As one of Trump’s many former National Security Advisers admitted on Afghanistan, Trump and Biden were like ‘Tweedledee and Tweedledum’ (John Bolton interview: Channel 4 News, 17th August 2021).  A former Swedish Prime Minister (Carl Bildt) put it rather more subtly, observing that ‘expectations’ had been ‘very high when Joe Biden came in – probably too high, they were unrealistic. His ‘America is back’ suggested a golden age in our relations. But it didn’t happen and there’s been a shift in a fairly short period of time’.  It is bound to leave ‘a scar’ – there can be little doubt about that.

Professor Michael Cox is Emeritus Professor of International Relations at the LSE and Founding Director of LSE IDEAS.  His latest book is entitled Agonies of Empire: American Power from Clinton to Biden (Bristol University Press, 2022)