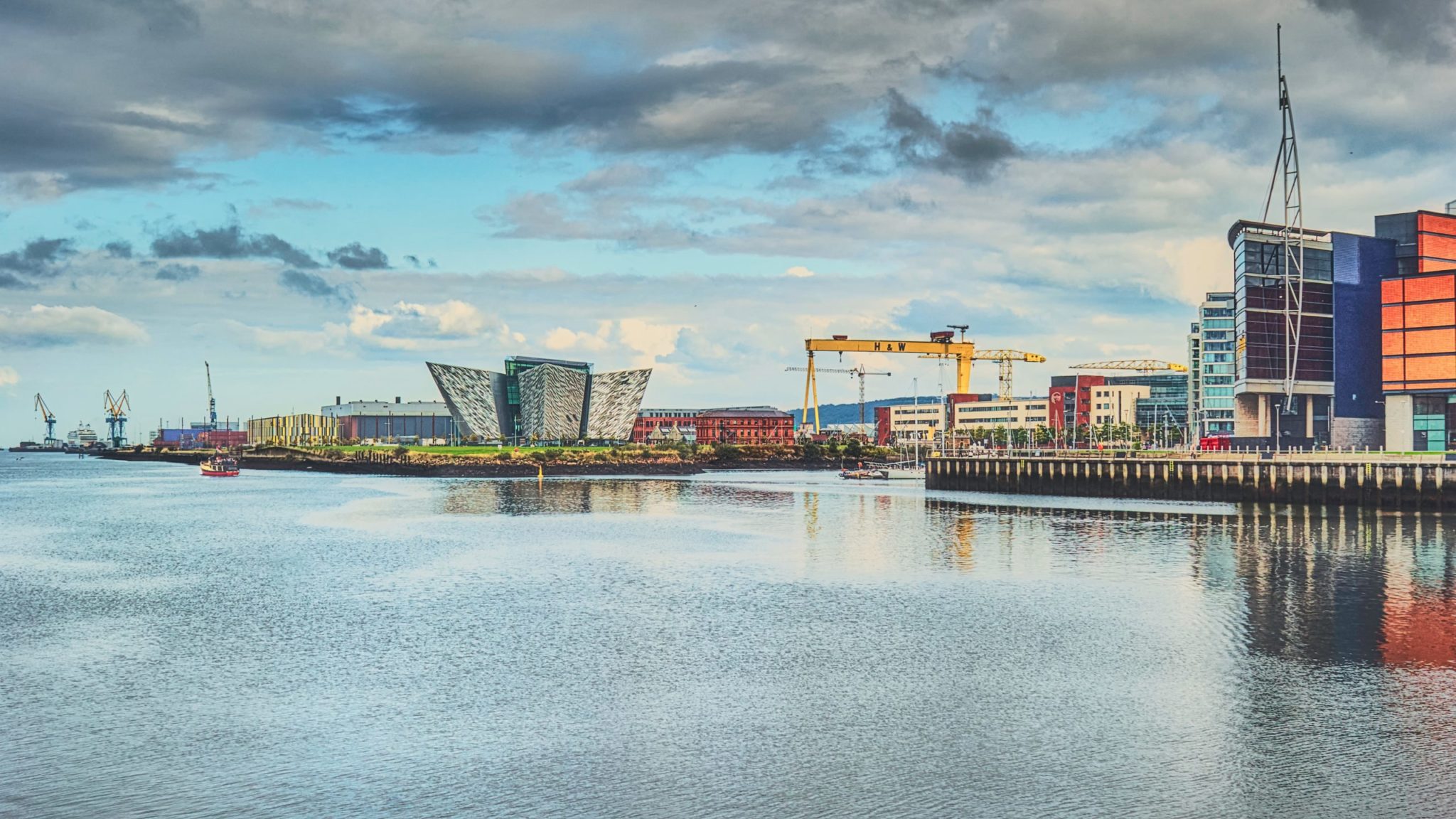 Oliver Garner (Bingham Centre for the Rule of Law, BIICL)

Resolution of the Northern Irish border problem was a key objective of the EU-UK Withdrawal Agreement. However, nearly 18 months after it came into force, the Protocol on Ireland/Northern Ireland (NIP) remains a flashpoint. The EU and the UK have kicked the can down the road with two extensions to a grace period for the application of EU law to imports into Northern Ireland. On 21 July the UK government published a Command Paper advocating its approach to a final resolution. On 28 July, the European Commission announced it was pausing pre-existing legal infringement procedures against the UK in relation to the Protocol to enable consideration of the proposals.

This post will summarise the key proposals and considers their feasibility. The UK approach would require unravelling and renegotiating the Protocol – itself the product of renegotiation by the Johnson government in Autumn 2019. The overarching argument is made that the Command Paper demonstrates the UK’s flexibility à la carte approach to its future relationship with the EU. During membership, this approach came to the fore at times of treaty amendment and the creation of opt-outs, whereas post-withdrawal the UK’s behaviour could precipitate a constant state of dynamic flux.

Summary of the proposals

A significant feature of the Command Paper is that it does not trigger the unilateral safeguards mechanism in Article 16 NIP. Nevertheless, the UK government does provide examples of circumstances in Northern Ireland that it argues would have justified such recourse, including significant disruption to longstanding trade flows, perceptions of separation and threat to identity for unionists, higher costs and risks to goods supplies, and political and community instability (para 29). The inclusion of this section of the paper depicts the UK’s proposed changes as a more desirable outcome as the “consensual path” (para 36). Indeed, the government even states that the reason it has concluded it is not appropriate to exercise Article 16 is the limits of scope to the specific difficulties, the untested dispute settlement process, and its temporary nature (para 33). It concludes that “such action remains on the table as a possibility for the future” (para 34).

The Command Paper identifies three sets of concerns: (1) removing the burdens on trade in goods within the UK; (2) ensuring normal access to good for Northern Ireland businesses and consumers; and (3) to “normalise” the governance basis of the Protocol. The final concern may provide a further reason why the UK has sought renegotiation first rather than unilateral safeguards, as such issues with the role of the EU institutions would not fall under the condition under Article 16 NIP of a specific difficulty causing problems for trade, the economy, society or the environment.

The Command Paper suggests the Parties can “build on” the condition in Article 5 NIP for the application of customs duties to goods “at risk of subsequently being moved into the Union”. The UK government suggests a self-regulatory replacement whereby “it would be the primary responsibility of any UK trader moving goods to Northern Ireland to declare whether the final destination of those goods was Northern Ireland or Ireland” using a “light-touch scheme” (para 48).

The UK proposes the application of the same internal UK trade scheme to sanitary and phytosanitary (SPS) measures. The government commits to apply the full SPS requirements of EU law on agri-food if goods are going to Ireland, but argues there would be no need for certificates and checks for individual items intended only to be consumed in Northern Ireland (para 50). On live animals and certain plant products the UK proposes applying its own rules on internal movement which provide for pre-notification, health documentation, and 100% checks (para 51). The Command Paper proposes full free movement for pets between Great Britain and Northern Ireland upon meeting existing UK legal requirements (para 53). Finally, the Command Paper raises the possibility of a further SPS agreement that would identify where UK and EU legislation sets out the same standards with a means to identify where risks are higher (para 52).

The Command Paper argues again for a more flexible settlement on VAT and excises, with “greater freedom to set VAT and excise rates and structures in Northern Ireland” (para 54). To mitigate against any distortions on the island of Ireland, the UK proposes the compensatory mechanisms of clear safeguards, and enhanced consultative mechanisms to avoid double taxation and divergence within the UK internal market.

For circulation of goods in Northern Ireland, the UK again proposes a mutual recognition model, whereby circulation should be allowed if goods meet either UK or EU rules (para 59), with specific provisions envisaged for medicines (para 60 and 61). The Command Paper recognises risks of unregulated movement of goods, and accordingly proposes stronger arrangements for enforcement (para 62). The Command Paper argues that the commitments on subsidy control in the Trade and Cooperation Agreement (TCA) make Article 10 NIP redundant, yet nevertheless recognises the possibility of privileged access for NI producers to the single market and so proposes enhanced referral powers or consultation procedures for EU concerns (paras 64 and 65).

The most eye-catching proposals in the Command Paper from a legal perspective concern governance. The UK argues that the jurisdiction of the Court of Justice of the European Union under Article 12 NIP is “highly unusual” and has contributed to a “false sense of separation between Great Britain and Northern Ireland” (para 68). Accordingly, it proposes to return to a “normal treaty framework” similar to the TCA, with ultimate recourse to international arbitration with enhanced consultative processes (para 69). The UK states that this would require subsequent agreement under Article 13(8) NIP.

Finally, the Command Paper seeks to enhance the role of the devolved authority in Northern Ireland, with account taken of implications and a stronger role for the Assembly, Executive, civil society and business (para 71).

The UK’s Command Paper is a request for renegotiation of the Protocol on Ireland/Northern Ireland rather than merely tweaking its operation. Moreover, the arguments for a differentiated application of EU customs and regulatory rules marks an enhanced return to the method of flexibility à la carte that marked UK negotiating method since the Treaty of Maastricht. It is telling that the UK government does not point to any breach by the EU institutions of the Protocol, but instead lambasts its “inflexible”, “legalistic”, and “maximalist” approach to upholding the legal text.

The Command Paper would reform the application of the “at risk” test for the application of EU customs law, by replacing it with a model of self-regulation. Presumably this would replace the criteria established by the Joint Committee in December 2020. Arguably, this would require amendment of the text of the Protocol, as such a self-declaration scheme would not fulfil the condition that needs to be taken into account for the criteria of “the incentive for undeclared onward-movement into the Union, in particular incentives resulting from the duties payable” (Art 5(2)(d) NIP). This would no longer be an “at risk” test, but rather a good faith and mutual trust test.

The proposals on SPS measures and VAT and excises would also seem to contradict the clear wording in the Protocol that provisions of Union law listed in the annexes shall apply. Instead, the UK proposes extending its recalibration of the “at risk” test for application of SPS measures, and effective disapplication of the measures on VAT and excise in Annex 3. This could be regarded as an attempt at “differentiated disintegration” as a functional equivalent to “opt-outs” from the application of EU law already agreed upon when the Withdrawal Agreement was concluded.

The attempts to disapply the automatic operation of EU law may also have informed the bold suggestion to remove the jurisdiction of the Court of Justice. The Command Paper points to the TCA as a precedent for a “normal treaty framework”, but this omits the significance of the recognition in that agreement that concepts of EU law shall not apply. The UK recognises the “very specific circumstances” that led to its acceptance of jurisdiction in the Protocol, but perhaps does not recognise how jealously the EU guards its autonomy whenever there is even the possibility that an external court could apply EU law. This is particularly acute in relation to Northern Ireland, as specific EU legislation is determined as applying via the Protocol. As the Command Paper proposals would still see “the full SPS requirements of EU law” applied if goods were self-declared as moving to Ireland, it seems the best the UK government could hope for would be application of the preliminary reference style procedure to activate the jurisdiction of the CJEU in the main Withdrawal Agreement whenever the interpretation or application of EU law is at stake.

The UK’s reference to Article 13(8) NIP is interesting, as arguably this was envisaged as a clause to make provision for regulation of the same areas in the future relationship agreement, rather than being an incentive to conclude further agreements on the Protocol after conclusion of the TCA. Furthermore, on subsidy controls, where the UK argues the TCA has outmoded the Protocol, the requirements of Article 13(8) have not been followed, as the TCA does not indicate that it supersedes Article 10 NIP.

The overhauls of the Protocol that would be required by the UK Command Paper have informed the EU’s robust response. The Commission President Ursula von der Leyen has flatly stated that creativity and flexibility are required, but that the EU will not renegotiate the Protocol. Similarly, the European Parliament’s UK Contact Group has urged the UK government to “find workable and practical solutions…within the current legal framework” rather than “putting the Protocol into question”.

The EU-UK Trade and Cooperation Agreement has been described as a starting-point for future EU-UK relations rather than the “end game” due to its in-built mechanisms to continue adjusting the relationship. By contrast, the Withdrawal Agreement was intended as an end-point for the formal disapplication of the Treaties. It should function as the foundation stone upon which EU-UK future relations can be readjusted, and the Protocol on Ireland/Northern Ireland should function as a stabiliser of relations until the envisaged review point of four years via the consent mechanism for the Northern Ireland Assembly.

By contrast, the UK Command Paper seeks a fundamental reordering of the Protocol only 18 months after the text was glowingly approved by the government. If accepted, the EU could invite further unpredictability over whether legal obligations entered into with the UK will be upheld in the long-term.

Oliver Garner is the Brexit Research Fellow at the Bingham Centre for the Rule of Law, British Institute of International and Comparative Law.