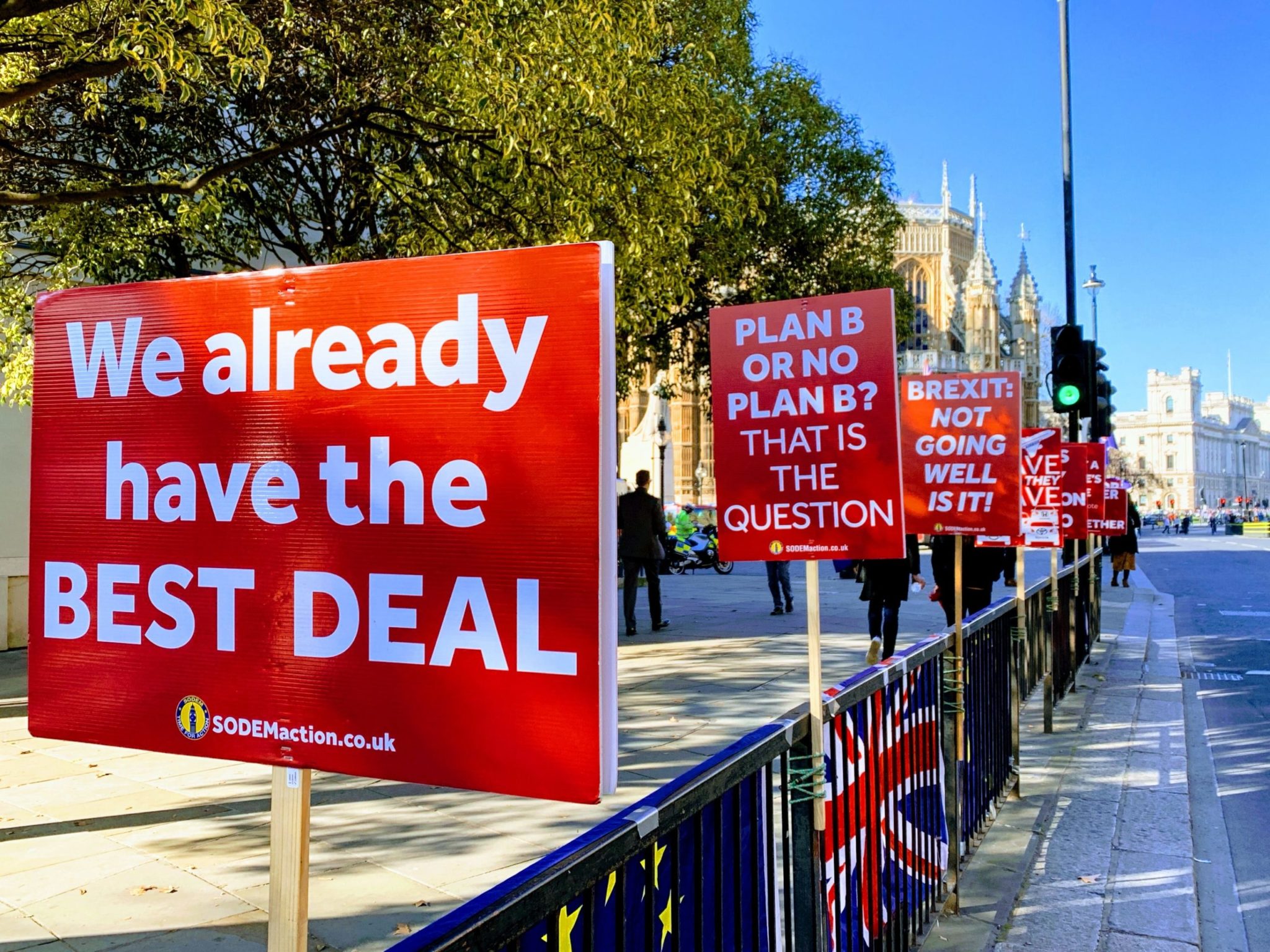 The evolution of economic anxiety across the Brexit debate

Shocks and uncertainty are on the rise again. After the 2008 global financial crisis, automation and the rise of the gig economy, a revival of populism and nationalism, Brexit and now of course the COVID-19 pandemic, we observe a shift in sentiments towards increased anxiety. In this blog, we propose a theory and measure for anxiety relative to such economic perspectives. In particular, we observe the dynamics of the indicator across the 2019 UK General Election, deeply shaped by the type of Brexit that would have prevailed, and find a significant fluctuation of economic anxiety long before the election (in line with the view of anxiety as an anticipatory emotion) as well as in the aftermath of the election.

Anxiety refers to an aversive emotion vis-à-vis anticipated events (Caplin and Leahy, 2001). Such an emotion can be triggered when uncertainty is on the rise. Expectations become de-anchored and multiple narratives start emerging, disrupting a common knowledge about the future. But expectations do not only become more heterogenous. When anxiety rises, economic actors put more weight on (expected) negative outcomes, overreacting to negative news and discounting positive ones. In other words, they become more averse towards their expectations, making them anxious the further away the expected event lies. Importantly, anxiety is not an exogenously given preference characteristics but emerges endogenously with the rise of uncertainty and competing narratives.

In this paper, we analyse how economic anxiety as an anticipatory preference is endogenously influenced by sentiment and competing narratives. We measure anxiety through a machine learning algorithm that applies sentiment analysis on a list of articles. To assess the plausibility of our anxiety score, we compare it with the rise of a general feeling of anxiety unrelated to specific economic perspectives (captured by an indicator surveyed by the Office for National Statistics) at the onset of the COVID-19 pandemic. Our economic anxiety indicator shows anxiety starts increasing rapidly in February, peaking mid-March. The figure depicts a good overlap between the two series, meaning that we are close to other comparable measurement of anxiety. Moreover, economic anxiety maintains peak longer and reduces more slowly than the self-reported subjective anxiety recorded in the ONS Well-being and Quality of Life Survey. This signifies greater amplification coming from economic perspectives than from general personal conditions.

As an application of our analysis, we examine the role of anxiety in relation to Brexit in determining the outcome of the 2019 UK General Election. This episode can be viewed as a quasi-natural experiment, with a before and an after the ‘shock’ allowing us to analyse the dynamic interactions of economic anxiety and policy. Since the 2016 referendum, the UK’s decision to leave the EU has had continuing impact on investment expectations and consumer confidence. This may be attributed to anxiety, as we have defined it as an anticipatory preference, demonstrating a strategic ‘wait and see’ consensus view among investors and consumers (congruent with our storage asset investment strategy).

Faccini and Palombo (2019) argue that “the expected duration of the negotiations is key for the propagation of the news, and that its effects are larger, the sooner uncertainty is expected to resolve. The policy implication is that to keep postponing the Brexit deadline generates a succession of cliff edges in the negotiations that, by setting up expectations of a quick resolution of uncertainty, maximizes its damage”. Our analysis supports this mechanism and we provide visual evidence of it. The Brexit timeline is a factor and heightened anxiety can be seen in the run up to the Brexit “cliff edges” – the initial date for leaving the EU, subsequent extensions, and the election date. The Brexit referendum triggered a multiplicity of policy options (from continued full access to the EU single market to no deal), with policy-makers facing a time limited to resolve the policy uncertainty. The multiple failures of the Government to persuade parliament to vote in favour of any of its options resulted first in the proroguing of parliament and then the 2019 general election. It was assumed that the outcome of the general election would decisively bring domestic Brexit negotiations on the UK’s preferred type of relationship with the EU to a close. As follows from our research, the peak of economic anxiety occurred around mid-November, one month before the UK General Election. This is intuitive, as an anticipatory emotion anxiety will peak before any actual event/decision, and be amplified by competing narratives (firstly, continuing policy decisions such as failing to reach consensus in the House of Commons and the proroguing of Parliament). Following the peak, anxiety gradually reduces to previous levels. This may seem counter-intuitive as anxiety is steadily falling during the election campaign. However, it is also purdah, when there is a halt to policy announcements and a switch to political campaigning. Anxiety then drops in the run up to the election and stabilises from two weeks before the election once a putative majority in favour of one policy option becomes evident. However, as negotiations stall and the households and businesses fully grasp the potential uncertainties surrounding Brexit, anxiety starts again to increase until the end of the year. The Brexit negotiations were domestically fraught within the UK due to a lack of clarity and agreement over such ‘acceptable ideas’, the UK’s strategy and even its objectives. With a thin (52% vs 48%) majority that approval was never consolidated through establishing the required policy focal point to guide the path forward through the Brexit negotiations.

All in all, we argue that the experiment of Brexit is illustrative regarding the role of policy in stabilising sentiment and expectations.

Francesco Carbonero is an applied economist at Fondazione CRC and Adjunct Professor of Economics at the University of Turin. Jeremy Davies is a data scientist and consultant at East Village Consultants. Ekkehard Ernst is Chief of the Macroeconomic Policy Unit at the ILO Research Department. Sayantan Ghosal is Professor of Economics at the Adam Smith Business School and Dean of Interdisciplinarity and Impact at the Colege of Social Sciences. Leaza McSorley is Professor of Enterprise at University of Sunderland.

This blog post features selections from the recently-published open-access article “Anxiety, Competing Narratives & the Macroeconomy: What is the Role of Policy in Stabilising Expectations?”.