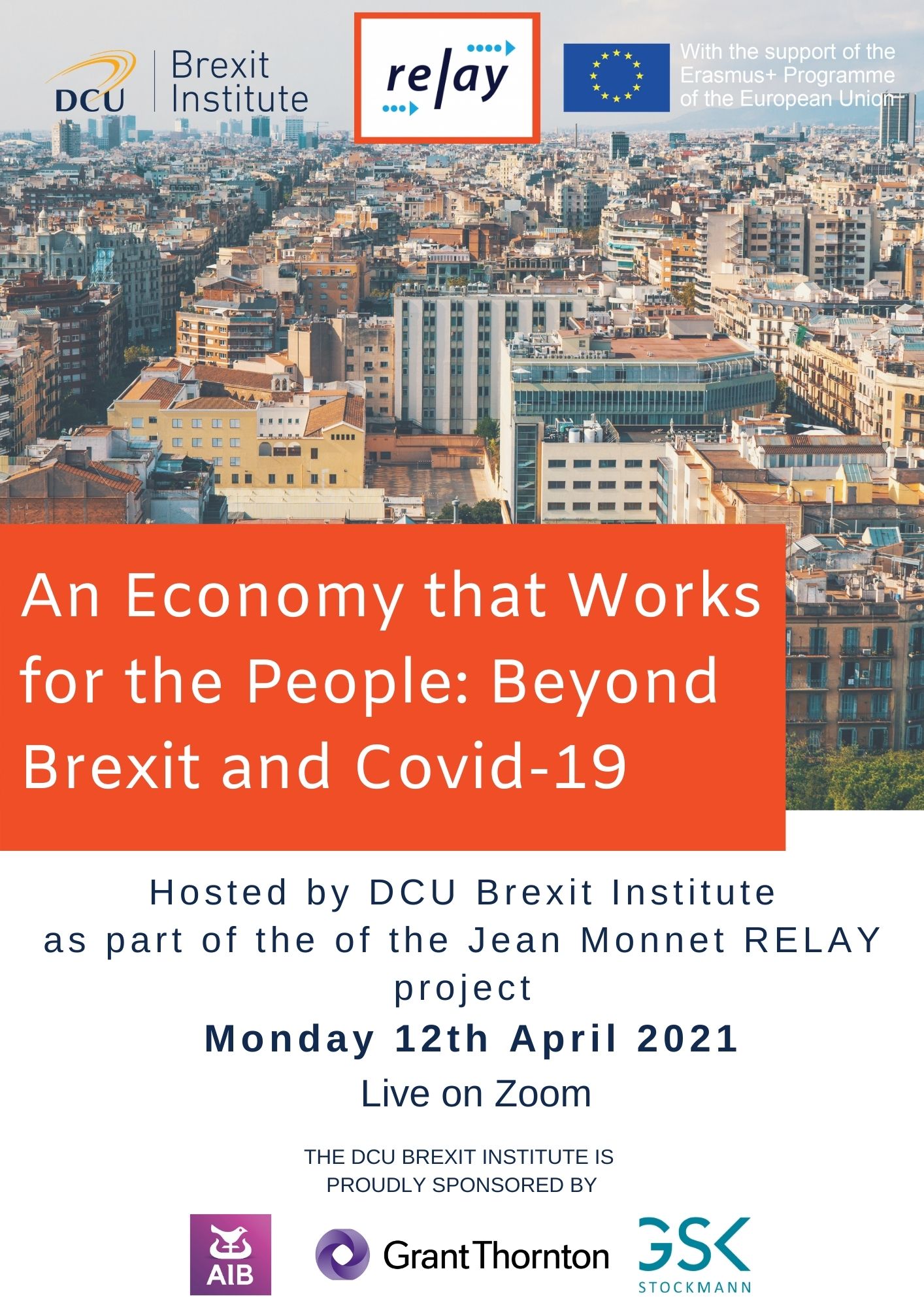 The DCU Brexit Institute hosted the European Commissioner for Economic Affairs, leading academics, industry experts, members of the European Parliament and other representatives from the EU institutions at an event earlier this week to discuss the economic challenges facing European post-Brexit and COVID-19.

The one-day online conference entitled ‘An economy that works for the people: Beyond Brexit and Covid-19’ was attended by over 80 academics, business representatives and policy makers from across Europe, including the President of Ireland, Michael D. Higgins, and former Taoiseach, Bertie Ahern. It featured a number of high level debates and panel discussions, including an opening statement by Paolo Gentiloni, European Commissioner of Economic Affairs, who emphasised the need to look ahead at the challenges facing the EU economy.

In his view, the EU Recovery Fund – Next Generation EU – is a turning point on the road towards a stronger Union, as it calls for action and investments in renewable and sustainable energy in light of the green transition. In parallel, it also requires investments in digitalisation, social inclusion and research.

By stressing the need for justice and fairness in this process, Commissioner Gentiloni concluded his speech by observing that this is the first time in which Member States are called to put in place such a wide strategic plan in such a short time, therefore it will be ‘a test for the Union as a whole’.

This opening address was followed by a high level dialogue on the EU Recovery Fund, chaired by Greg Hughes, VP for Research and Innovation at DCU, with contributions from Alex Brenninkmeijer, member of European Court of Auditors; and Thomas Wieser, former President of Eurogroup Working Group.

A number of leading academics from Austria, Belgium, Ireland, Italy, Luxembourg, the Netherlands, Spain and the US took part in two panel discussions, the first of which focussed on the New EU Economic Policy after Covid-19 and Next Generation EU, with the second one focussing on the European Economy and the Future of the Eurozone.

This event was organised by the DCU Brexit Institute in the framework of the Jean Monnet Project RELAY, an EU-funded Erasmus+ project, coordinated by Maastricht University, and involving a number of partners across Europe, designed to assess the policy priorities of the new European Commission.

For a detailed analysis of the event, or to view a recording, click here