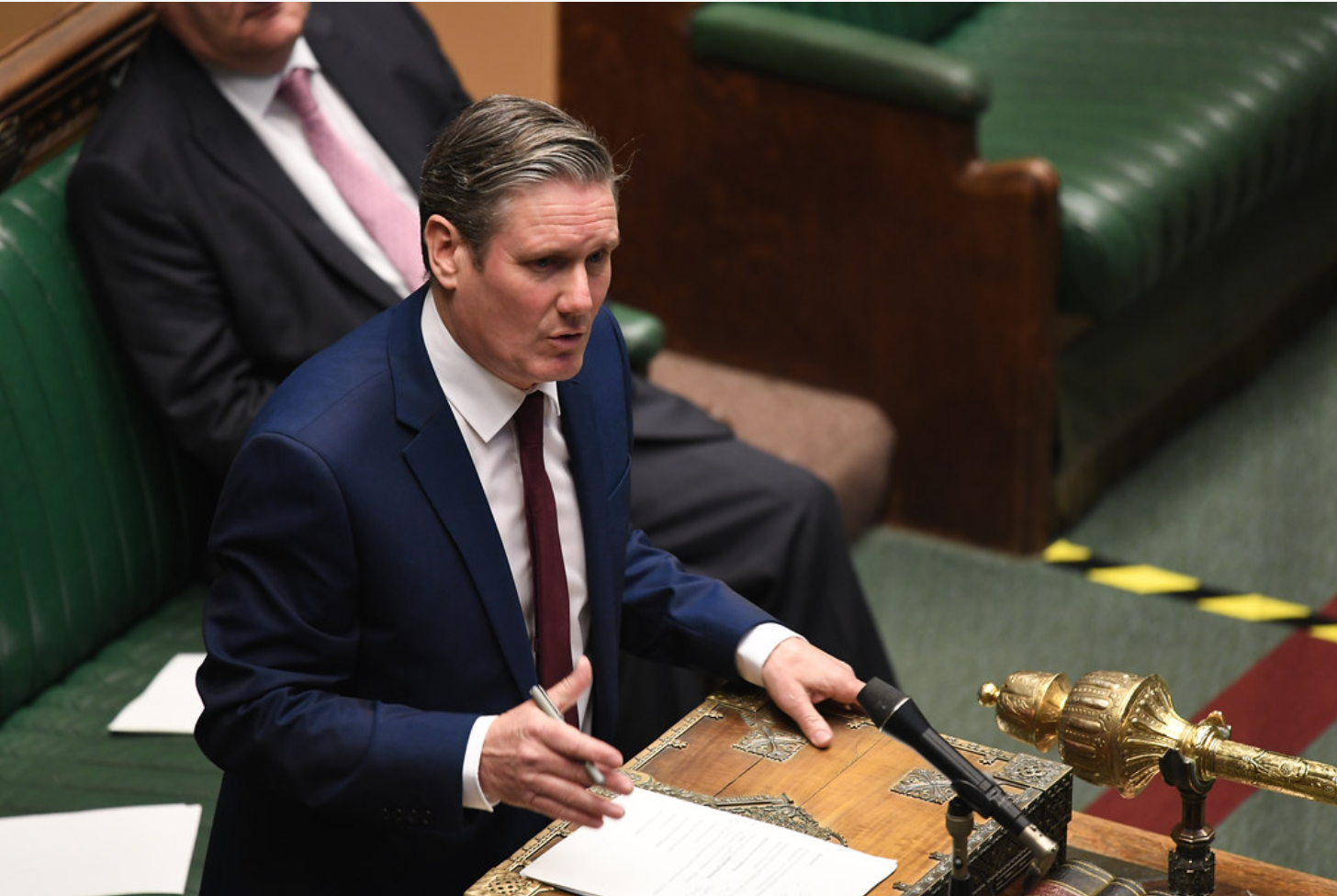 ‘When Keir Starmer’s colleagues elected as leader an MP committed to European internationalism, who had become known as Labour’s remainer-in-chief … they did not expect to be signing up to a Tory Brexit before the end of the year.’[1] This quote, from Sienna Rodgers’ Guardian article published on New Year’s Eve 2020, encapsulates the surprise that many felt over Starmer’s decision to whip Labour MPs in favour of Boris Johnson’s Brexit deal. After all, as I wrote in a blogpost for the DCU Brexit Institute last year, Starmer had filled his Shadow Cabinet with Remain advocates and won the party leadership pledging his continuing support for EU freedom of movement. How then can his U-turn be explained?

The German word ‘zugzwang’ refers to a situation found in a chess match where a player has to make a move, but every move that s/he makes will worsen their overall position. In Starmer’s case, there were 3 moves available to him. Firstly, supporting the deal, which was certainly not without downsides. It led to a significant rebellion amongst Starmer’s own MPs, with 37 refusing to obey his whip, including 3 junior ministers and former leader Jeremy Corbyn.[2] Prominent backbench MP Rosie Duffield warned that voting for the deal risked becoming Labour’s equivalent of the Lib Dems’ suicidal decision to support increased tuition fees, and would put seats like hers in Canterbury under threat.[3] Even amongst those who stayed loyal, there was discontent – Shadow Chancellor, Anneliese Dodds, was amongst the big hitters who appeared to offer lukewarm support for supporting the deal.[4] Certainly the centre-left, pro-EU Labour members that propelled Starmer to the leadership will not have been in favour.

Yet what were the alternatives? Starmer’s ally, the staunchly pro-EU MP Ben Bradshaw, argued for ‘a principled abstention.’[5] Indeed, of the 37 Labour MPs who rebelled, 36 took this course of action. Yet, having recently decided to abstain on the introduction of new coronavirus tiers, a second major abstention within a month would have looked, as Bradshaw put it, ‘wishy washy.’[6] As Margaret Thatcher put it, ‘Standing in the middle of the road is very dangerous; you get knocked down by the traffic from both sides.’[7] Abstaining would have satisfied neither hardcore Remainers, nor the Leave voters in the ‘Red Wall’ that Starmer has calculated he needs to win back to become Prime Minister. Indeed, Labour’s policy of adopting a middle ground – refusing either to accept the Leave vote or to commit to reversing it, was instrumental in their disastrous 2019 election performance.

That left the final potential course of action – voting against the deal. Doubtless this is what Starmer, Bradshaw and most other Labour MPs would have preferred to do in their heart of hearts. Yet it would have been purely symbolic; Johnson’s majority meant that the deal would have passed easily anyway. Even if Labour’s votes could have influenced the outcome, as Starmer made clear, had Parliament voted down Johnson’s deal, Britain would have left without a deal.[8] Given that Starmer and Labour have consistently warned against the dangers of no-deal, to cast a vote perceived as supporting this option would doubtless have perplexed many moderate Remainers, and been a propaganda gift for Johnson.

Yet the main reason why voting against, or abstaining on, the deal was unpalatable for Starmer was his need to reconnect with the ‘Red Wall’ seats in the north of England that mostly voted Leave. Polling done by the non-partisan Centre for Brexit Studies in 34 Red Wall seats illustrated this point starkly. Far from expressing ‘buyer’s remorse’ over Brexit, a clear majority in these areas favoured a ‘hard’ Brexit deal, with many prepared to abandon Johnson if he was perceived as selling out.[9] The consequences for Starmer with these voters of continuing to oppose Brexit would have been severe. And without winning back the Red Wall, it is difficult to imagine Starmer as Prime Minister of a Labour Government. His gamble is that, by symbolically accepting Brexit, Labour can draw a line under the issue and once again get a hearing from Red Wall voters on other issues.

However, the statements from Bradshaw, Duffield and others demonstrate just how divided a party Labour continues to be. Winning the Red Wall will only be enough for Starmer if he avoids losing the votes of young, metropolitan, cultural liberals that voted Remain. Given that Johnson’s election victory made Brexit inevitable, perhaps voting for the deal will allow Starmer to do so for the time being. Yet in the longer-term, his chances are more uncertain. Concluding Brexit does not resolve the vastly different values between these voters and the Red Wall. Is it possible for a single political party to represent both? Starmer is staking his leadership on the belief that it is. Yet, as voting for the Brexit deal has shown, any move Starmer makes towards one side will be bitterly opposed by the other.

Only time will tell whether Labour can escape their very own Zugzwang.

“First virtual PMQs and Ministerial statement on Coronavirus 22/04/2020” by UK Parliament is licensed under CC BY-NC 2.0