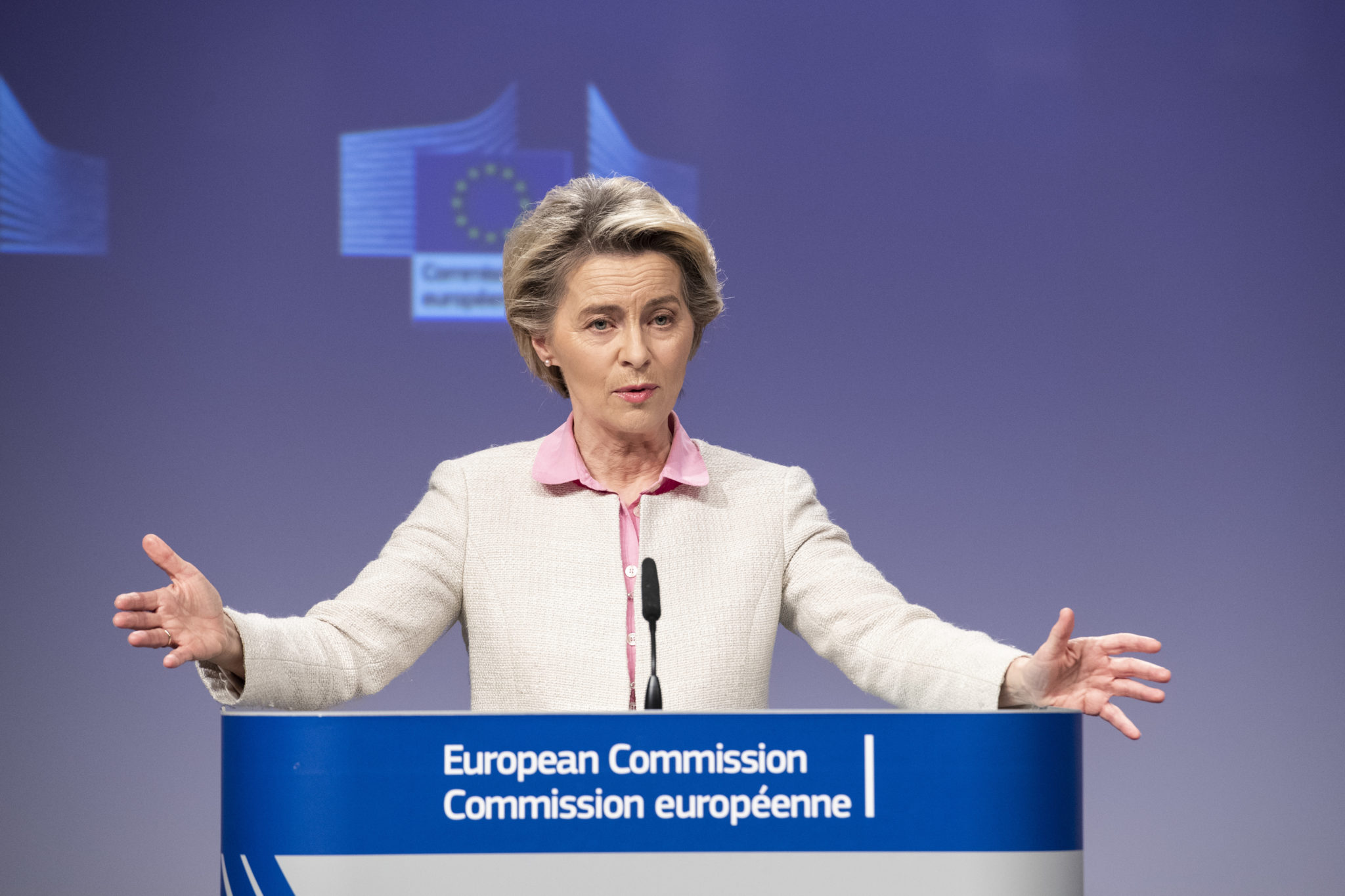 Prime Minister Boris Johnson achieved his aim: ‘Canada Plus’, no tariffs or quotas on merchandise trade. The Plus is continued cooperation in security, transport, and energy. The UK also stays in Euratom, the EU’s atomic energy community. These are substantial achievements for London, avoiding immediate and critical damage from no deal.  Instead of the cliff-edge, we have something approaching what many observers predicted after Johnson’s December 2019 election victory.

While the EU-UK Trade and Cooperation Agreement is a bit thicker than thin, the PM and his supporters should curb their celebratory rhetoric over the ‘biggest trade deal in history’, worth £668 billion (€734.8 billion): this is the first trade deal in history that makes trade more difficult than it was before.

The arrangement covers goods, but not services. Almost two-thousand pages still leave much to be resolved. Far from delivering the ‘exact same benefits’, there will be huge costs to businesses in demonstrating compliance with EU regulations, something Johnson’s Christmas Eve statement denied. Border checks, new bills of lading, new processes, new forms. A cynical Brexiteer promise was reduced ‘red tape’, but the 10,000 HGVs that pass between Britain and France daily face customs checks. Expect delays to just-in-time processes, critical to many manufacturers.

Not only businesses will experience downsides from the UK becoming a third country. British citizens will lose the European citizenship they have enjoyed since 1993, no longer free to travel unhindered, set up homes or businesses across the continent, or receive free treatment in Europe’s hospitals. Drivers will require international driving licences and a green card for insurance.

If Britons want to reside in the EU for more than 90 days, they will need a visa. UK qualifications may no longer be recognised in EU member states. Young people, students, apprentices, and professionals already in work will no longer benefit from the Erasmus scheme that has supported 9 million Europeans, helping to build international understanding, shared values, and European perspectives. To suggest that that the UK will establish its own equivalent is naïve, although nothing like as fanciful as the notion, now abandoned, that Britain could develop its own alternative to the EU’s Galileo Satellite system.

Commission President Ursula von der Leyen gave a sombre statement, reflecting the need for the EU to shape its own destiny rather than worry about Brexit. EU representatives were aware of the disrespect Johnson has shown the EU throughout his career in journalism and politics, never afraid to lie, distort and defame. His repeated references to European ‘friends and partners’ often seemed nauseating.

We may ask ‘Why did the EU concede so much to a departing member, rather than shut the door on an adversary prepared to break international law as a negotiating tool?’

Six reasons why the EU made concessions

The answer is that in politics, pragmatism often wins: a deal is the least bad option. Six areas underline why the EU wanted a deal and made concessions, despite the provocations, and diametrically opposed interpretations of sovereignty. Oddly, none directly concern fish, the level playing field, and governance, the apparent sticking points for weeks.

The risk of no deal jeopardising the withdrawal agreement (WA) was real. The WA is an international treaty that London threatened to tear up just months after Johnson hailed it as a marvellous improvement on his predecessor’s proposal. Now the UK must impose the ‘border in the Irish Sea’, monitoring goods transiting between Britain and Northern Ireland, further upsetting the Democratic Unionist Party. In hiving off Northern Ireland into the same single market jurisdiction as Ireland, the commitment to no hard border on the island of Ireland survives. Without this, WTO rules would mandate checks on the I/NI border.

Another Irish factor was in play. While Irish exports to the UK have declined from 55 per cent of the total in 1973 to 10 per cent now, the UK land bridge to continental Europe is vital, used by around 150,000 Irish trucks annually. No deal would have provoked severe and costly disruption.

The EU regrets that from January 1st, UK/EU security cooperation will be downgraded, but the deal means key exchange of DNA and fingerprint data, Passenger Name Records, and vehicle registration details remains. In contrast, Britain loses access to the Schengen Information System (SIS II) which delivers real time alerts about wanted and missing persons and items such as stolen firearms and vehicles. The UK also forfeits participation in the European Arrest Warrant.

The National Crime Agency described the loss of SIS II as a capability gap with massive impact on security. It used the framework 603 million times in 2019. The UK Home Secretary Priti Patel, defying all logic, insists that the deal ‘will make Britain safer’.

Another Minister, James Brokenshire, claimed that outside the EU Police agency, Europol, the UK could rely as effectively on Interpol, a view rejected by the NCA’s Director General of Operations, Steve Rodhouse. The UK will have observer status in Europol, forfeiting any role in decision-making.

Although cooperation in combatting serious and organised crime will be downgraded, it is a relief on both sides that the security relationship has not broken down entirely.

The UK is a major partner in EU trade, taking around 18 per cent of EU exports. This is substantial, so tariffs would have damaged European businesses. Brexit supporters consistently exaggerated the impact of German manufacturing on negotiations, but nor are EU exporters’ concerns irrelevant, especially as jobs would be at stake.

The world is unstable and unpredictable. Partnerships are vital and a total breakdown in EU/UK relations would be extremely damaging. With the G7 Presidency passing to the UK in 2021 and the COP26 climate conference in Glasgow in November, an effective EU/UK working relationship is essential to make common cause on issues affecting human security. Division and mistrust would only add to instability that Europe’s enemies would gladly exploit.

The incoming US Democratic administration under Joe Biden also made clear that it expected and wished for a deal, a message heard in Brussels as much as in London.

The agreement does not mention defence. But EU experts understand that the close military relationship between the UK and France, and therefore with the EU, is vital for European security. This involves NATO defence of European territorial space and Europe’s wider security interests.

In strategic terms, the focus of global attention post-Cold War has shifted to the Pacific region. The USA, even before the Trump Presidency, was engaged in a ‘pivot’ towards the threat from China. This potentially leaves Europe exposed, unable to rely on the US ‘security umbrella’. Europe must therefore enhance its own capability within NATO. This necessitates partnership with the UK, Europe’s primary military power and, ahead of France, its leading contributor to NATO defence spending and capability.

Furthermore, Europe needs a strong and durable Defence Technological and Industrial Base for security and economic reasons. This will be difficult without UK participation in joint projects. There are broad implications for EU and UK manufacturing, with many military technologies used in civilian applications. All of this has implications for research, employment, competitiveness, and industrial capacity.

The Horizon Europe research programme is part of the 2021-27 EU multiannual budget. Worth over €95.5 billion, this underpins collaborative projects in European universities and the private sector. The UK will continue to participate and pay into the scheme. The EU values UK research expertise, its loss would have been immeasurably damaging. Unfortunately for the UK, it has already suffered from reduced leadership in collaborative research since 2016.

The not yet final analysis

So, how should we assess the Brexiteer claim ‘they need us more than we need them’?

Unquestionably, this exaggerates the UK’s importance. But it was effective domestically and, in the end, Brussels made significant concessions. Once again, the strategy of the hard right proved more effective than any opposition.

Meanwhile, the Institute for Fiscal Studies has forecast a 2.1 per cent fall in UK GDP in 2021 compared with the transition period, even with a FTA. It also expects an annual cost to British business of £7 billion, just for customs declarations. Brexit looks like a slow puncture rather than a tyre burst.

None of this will curb the Brexiteers’ deep satisfaction that their long-held objective has been realised. The UK is out of the EU, out of the single market, and out of the customs union.

The end of the beginning marks the start of years of arbitration, argument, dispute procedure over regulations, borders, market access, penalties, and interpretation of legislation. The Brexit upheaval is far from over.

Image credit: Ursula von der Leyen at the press release on the announcement of the Brexit deal on 24.12.2020