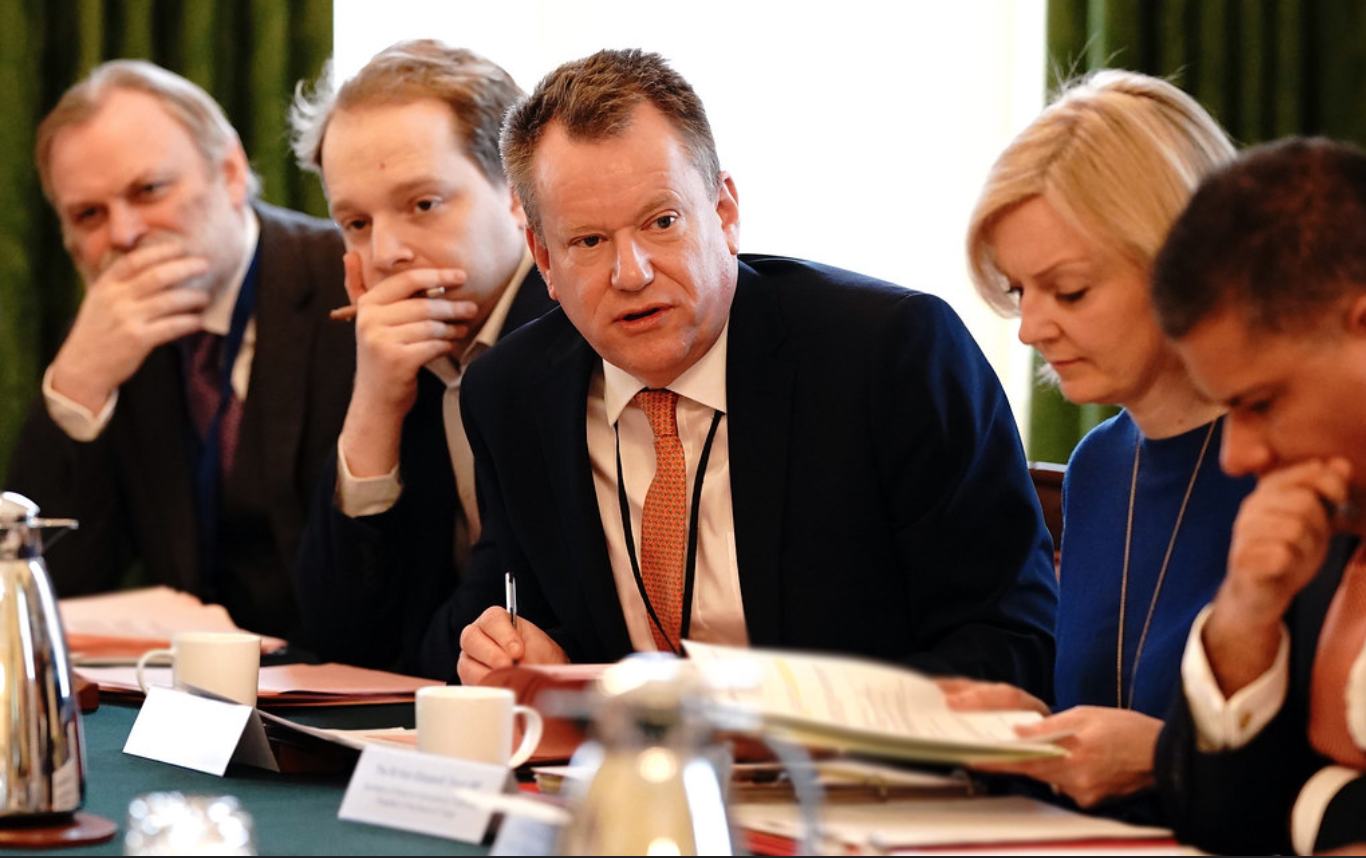 The Letter that Lord David Frost, the UK’s Brexit Negotiator, will not Address to the British Public

HM Government, under both Theresa May and the current Prime Minister Boris Johnson, has spent four years and six months attempting to secure a trade deal with the European Union, the destination for approximately half of UK exports. We in government and others who led the campaign to leave the EU made many promises at different stages of the process. We promised ‘frictionless trade’, full control of our borders, and control of our coastal waters. We foresaw lucrative and better trade deals with third countries. We promised to enhance our global power and that Brexit provided a ‘once-in-a-lifetime opportunity’ to raise our special relationship with America to a new level. We claimed in Parliament that Britain’s security and counter terrorism capabilities would flourish,  even with a ‘no deal’ Brexit.

We failed to allay fears that supplies of fresh food, vital medicines, goods, and services would be unaffected. We also promised no hard border on the island of Ireland, and full compliance with the Good Friday Agreement, and no risk to the Irish peace process. We also asserted that a trade deal with the EU would be ‘the easiest deal in human history’, and that the EU would agree to our terms because ‘they need us more than we need them’.

It transpires that all these promises were at best overly optimistic, and at worst, downright lies. On supplies of goods and the passage of freight to and from Europe we have been unable to allay fears of massive and sustained disruption. A recent letter sent to all UK businesses could only warn businesses to prepare for what ‘might happen’, even including potentially needing visas to visit EU member states. Even with a deal, checks on livestock, plants, sanitary, and phytosanitary products will be phased in throughout the first half of 2021, with significant delays and adjustment to new processes.

The EU has maintained a consistent and coherent position, while moderating some key demands. It has shown a willingness to reduce EU fishing access to UK waters, but insufficient to satisfy our demands. It has also accepted that the UK might use subsidies or sweeteners for certain domestic industries, so long as these measures are transparently reported to the EU and do not undermine fair competition with EU-based firms. Nevertheless, a comprehensive agreement has remained out of reach.

We consider it right that we have left the European Union, as mandated by the referendum result and commitments made beforehand by Prime Minister Cameron. The UK ceased to be a member of the EU on 30 January 2020.

The impact of Brexit

However it is apparent that leaving the Single European Market without a satisfactory trade agreement will be devastating for many sectors of the UK economy, not least manufacturing, where tariffs are typically around 10 per cent under World Trade Organisation rules, and 5 per cent for components used in manufacturing. In agriculture, tariffs of between 40 and 70 per cent would devastate UK farming. Border disruption, even with a trade deal, would be inevitable with queues or parking lots for several thousand HGVs near major ports. The Road Haulage Association described government preparations for post-transition logistics as ‘a complete shambles’.  Supermarkets have warned of shortages of fresh food, while the pharmaceuticals sector says disruption to the supply of vital medicines is a serious threat.

Under WTO rules, all products coming into the UK must be cleared through customs and are subject to tariffs unless a trade deal is in place. This means that ‘no deal’ obliges tariffs on imports from the EU just as we apply tariffs on imports from countries outside the EU to protect UK producers and consumers. Similarly, WTO rules will oblige the Union to impose tariffs on the UK, damaging our industries. The increase in bureaucracy for firms, as well as for the UK government, would be enormous. Costs would greatly increase, as outsourced private contractors struggle with the extra work, new systems, and other logistical barriers. The Financial Times forecasts an increase of 215 million customs declarations annually and a need for 50,000 customs agents, and a £7 billion bill for British industry.

The UK’s financial services sector is worth about £132 billion, 6.9 per cent of UK GDP. The sector is likely to grow in future years despite Brexit, but the loss of ‘passporting’ – the right to operate in any EU member state under EU law – is nevertheless damaging to UK firms. The Chancellor Rishi Sunak has offered EU firms access to the UK financial services market, while the Commission has made a time-limited provision to give EU financial services firms time to reduce their exposure to UK-based clearing houses. There are no substantive gains to UK financial services in quitting the single European market.

Since the referendum the UK has suffered a precipitous fall in inward investment and sterling has lost 8 and 12.5 per cent of its value against the US dollar and the euro respectively. We cannot risk further damage, compounding the massive impact of the Coronavirus. The governor of the Bank of England warned that the long-term damage from a no deal Brexit would outweigh the hit from Covid-19.

In addition, our reputation in diplomatic circles has been undermined, especially by our threats to break international law with the Internal Market Bill now before Parliament. But we hope that in finally recovering some sanity, we may repair self-inflicted damage.

The Single European Market and the Norway option

In the light of the above concerns, we have decided to change track. The UK negotiating team is sceptical concerning the Prime Minister’s view that the UK can ‘prosper mightily’ with or without a deal, so we have taken the momentous decision to ask the EU that we remain in the single market. We anticipate achieving a similar position to Norway: a non-EU member with full access to the SEM. In 2018 the Norwegian Prime Minister Erna Solberg warned the UK against this position, since it meant being subject to EU rules, but with no voice in how those rules are created or passed into law.

We understand that this is not a perfect outcome, but it is the only way to avoid further serious and long-term political, diplomatic, and economic damage. The frictionless trade with the EU that we wanted is simply not possible.

The path we are now taking will not be easy. As the Remain side said in 2016, the best trading arrangement with the EU is as an EU member, but that ship has sailed. We are outside the club. We will now negotiate access to the Single European Market, accepting all associated obligations and responsibilities. We will respect EU law and conform with EU treaties concerning the four freedoms of movement for goods, services, people, and capital. We will abide by the jurisdiction of the EU Court of Justice. We know that the red lines specified by Prime Minister May in January 2017 were entirely unrealistic, unless we were actively seeking to destroy Britain’s prosperity.

We will continue to pay into the EU budget in recognition of the advantages accruing from EU trade and the many cultural, social, and political benefits that flow from a close relationship with our nearest neighbours. We will seek to resume a full role in EU agencies, many of which are vital to the health and security of our citizens, including the EU Medicines Agency, now unfortunately relocated away from London after the referendum, as was the European Banking Authority. These losses may not be recovered any time soon.

Furthermore, we now admit that absenting ourselves from the European Atomic Energy Community (Euratom) would be an act of extreme folly, damaging vital energy supplies, UK nuclear research, and the supply of isotopes used in nuclear medicine, for which Britain does not have alternative production capability.

Equally we recognise the imperative of remaining part of EU security networks including Europol, Eurojust, the European Arrest Warrant, the transfer of Passenger Name Records and DNA data in the fight against crime, including terrorism, in combatting fraud and organised criminal networks, human trafficking, arms smuggling, drugs, pornography, much of which depends upon full participation in the Schengen Information System of data exchange between European police forces. All of this we risked losing, not only in the event of no deal, but with a mere bare bones trading relationship designed to avoid tariffs.

Our defence and security relationships within NATO can only be undermined by a more distant relationship with the EU, so we will not allow this to happen. We will stay involved with the EU Common Security and Defence Policy (CSDP), and in seeking to rebuild trust, we will reconnect as full partners in the Galileo Satellite project. In any case, we recently abandoned a UK alternative to Galileo as unrealistic.

We have yet to discover if a bilateral relationship of this kind with the EU can be agreed. We may need to re-join the European Free Trade Association. We will therefore negotiate first with its members, Iceland, Liechtenstein, Norway, and Switzerland. That may not be easy. We should be humble and not assume that because we are a much larger economy that our re-joining will delight our prospective partners.

That is the new course on which we are now embarking. We have left the EU in accordance with the instruction given by the electorate in 2016. We now believe this is regrettable, but we judge that remaining in the Single European Market is the most appropriate damage limitation. This outcome may disappoint many, but we can anticipate greater control of our agriculture and fishing sectors, given that like Norway, we would be outside the Common Agriculture and Common Fisheries Policies.

We will also be outside the EU Customs Union so free to negotiate our own trading relationships with third parties, although these are likely to be less advantageous than those already in place for EU members. We will also have independent membership of the WTO.

We will approach new negotiations with complete humility, and we regret that so many years and months have been wasted in pursuit of unicorns.

Image credit: Chief Negotiator of Task Force Europe David Frost at the UK’s negotiating mandate with the EU meeting inside the Cabinet room at No10 Downing Street, Flickr No 10, via a CC BY-NC-ND 2.0 license