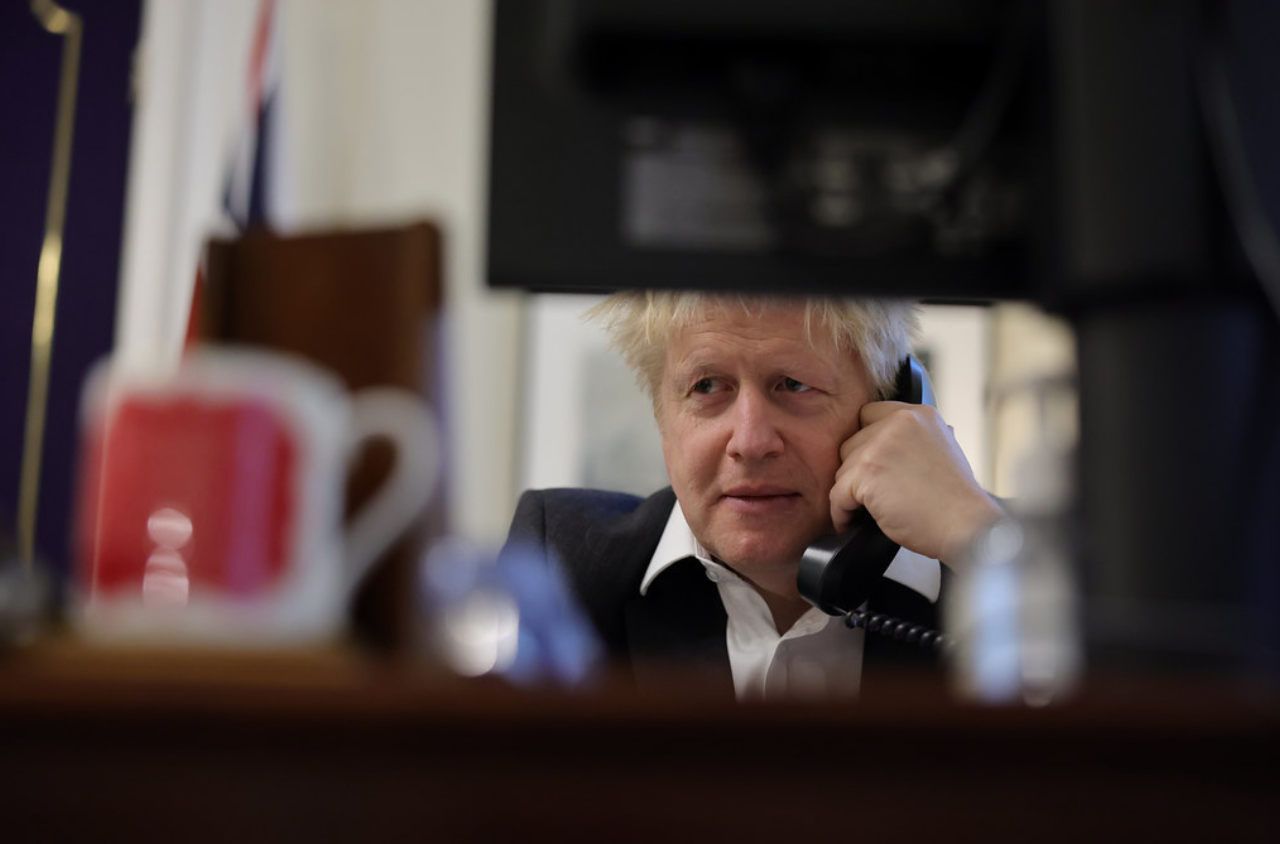 Boris Johnson won last year’s general election, in part, because of his claim to have an ‘oven ready’ Brexit. ‘We’ve just got to put it in at gas mark four, give it 20 minutes and Bob’s your uncle. …We have a deal with the EU that is ready to go, it is oven ready… you just put it in the microwave and there it is.’

Those who prefer higher end cooking to that offered by the British Prime Minister’s ‘Chef Ping’ option, will be familiar with the Sous Vide, a water bath device that gently cooks food in a vacuum bag to a pre-set temperature. The food supposedly gets cooked slowly without getting scorched or burned –at least when there are skilled chefs doing the cooking.

As it is in Masterchef so it seems to be with Brexit, as over the last week some clarification has been provided on the UK’s attitude to the Northern Ireland Protocol and Withdrawal Agreement that formed the basis of its divorce from the European Union at the end of last year. The egregious clauses within the Internal Market Bill and Finance Bill have now been dropped and it seems that the UK is now prepared to abide by international law and not try to use domestic legislation to evade its responsibilities within the Protocol.

The good news continued last week when the Joint Committee co-Chairs Michael Gove and Maros Sefcovic issued a joint statement declaring that the two sides had reached an ‘agreement in principle on all issues’ pertaining to the implementation of the Northern Ireland Protocol due to come into force at the end of the transition period at 11pm on 31 December 2020. The prospect of the supply chain being damaged on food supplies was directly addressed with grace periods being outlined after 1 January, even in the event of a failure to secure a trade deal with the EU. Similarly, the agreement and changes to the IMB reduced the lingering fear that the UK would walk away from the Protocol and that a hard border on the island of Ireland could yet emerge.

While the full details of the agreement within the Joint Committee remain to be fleshed out (despite Michael Gove’s statement in the House of Commons on 9 December), there are some very welcome aspects for business and consumer communities in Northern Ireland.  There will apparently not be a requirement for ‘exit summary declarations’ on goods moving from Northern Ireland to Great Britain or tariffs on goods coming from GB to Northern Ireland under a ‘trusted trader scheme’ for the next three and a half years. This will undoubtedly reduce red tape, cost and delays for Northern Ireland businesses exporting goods to GB and vice versa –though as with the grace periods announced in other areas by the joint committee, it does rather beg the question as to what will happen once these mini transitional periods expire? It also skates over other details, not least who else is to be included in these arrangements apart from the large supermarkets? Smaller retailers and independent traders are still in the dark about whether the details announced by Michael Gove in the House of Commons last week apply to them or not.

At one level Gove’s chipper update last week of the agreed implementation of the Protocol is very good news for people in both parts of Ireland –as well as everyone in GB and the rest of the EU and the news was delivered by the Chancellor of the Duchy of Lancaster with his trademark demeanour of honeyed (if slightly shifty) politeness. The devil was always going to be in the detail however, and critics were quick pointing to a more diminished wizard lurking behind the curtain. Gove’s beaming declaration that; ‘we had to ensure that the important GB-NI trade flows, on which lives and livelihoods depend, were not disrupted; and we need to ensure a smooth flow of trade, with no need for new physical customs infrastructure’ was tarnished for some, by his admission that new infrastructure was speedily being built at four of Northern Ireland’s ports in Foyle, Warrenpoint, Larne and Belfast.

Similarly, the proud boast that ‘there’ll be no Belfast mini embassy or mission, as some in the EU originally sought, and the EU officials will not have any powers to carry out checks themselves’; turned out to be not quite the Ronseal (‘it does what it says on the tin’) claim, that it initially seemed. In effect under the ‘sensible practical arrangements’ reached, EU officials will be permanently stationed in existing offices in Northern Ireland and they will ‘hot desk’ rather than having ‘permanent’ desks. No biggie perhaps for those of us used to working from home or hot-desking since the onset of the Covid pandemic –and while EU officials might not carry out checks themselves, that does not mean they cannot request that UK officials do so on their behalf.

So there will be very welcome grace periods for 3 months in the case of supermarkets, while cold meats will –unlike the animals themselves– be given a 6 month stay of execution. But what then and what about those who were not in the specific categories mentioned above such as large supermarkets? DUP MP Sir Jeffrey Donaldson said in response to Gove on 9 December; ‘Safeguarding the union is not a 3 month, 6 month or 3 year project. It is an enduring commitment.’

The blame game within unionism meanwhile about whose fault it all is has begun in earnest –but whether this takes off at the governmental level hinges on whether a trade deal can be agreed before the end of the transition period on 31 December. If we end up with a No Deal Brexit, then the operational dynamics of Brexit and the Northern Ireland Protocol will raise the temperature to uncomfortable levels. It has always been the case that the closer the relationship is between the UK and the EU the less problems there will be over the operation of the protocol and withdrawal agreement. The further away the relationship is, the more friction, cost and delay there will be for Northern Ireland and everyone else.

Despite the Sous Vide apparatus used in the Joint Committee last week, where Boris Johnson’s ‘Oven ready deal ‘ was gently warmed and tenderised, Brexit might yet be burnt to a crisp if a free trade deal is not reached between the UK and the EU over the coming days.

The talking seems set to continue and it is likely now that a deal of some sort will be reached, but it will take a bevy of Michelin starred chefs to deliver something that is palatable to everyone at this stage.