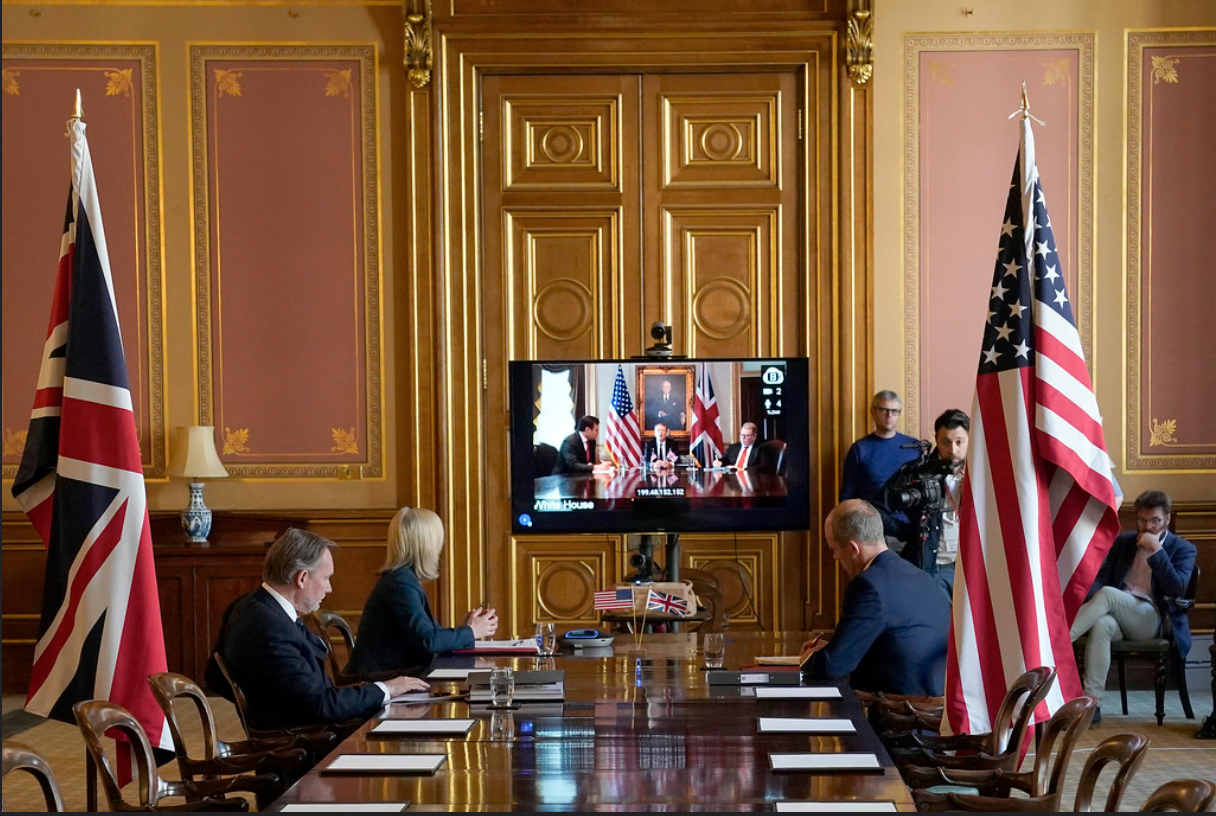 After the US Elections: Brexit Reality Check

As Michel Barnier, the EU’s lead negotiator, arrived by Eurostar from Brussels to continue a ‘more intensive’ round of talks with the UK Government on the shape of a potential Brexit trade deal[1], it’s time for both sides take a Brexit Reality Check.

US President-Elect Joe Biden’s narrow victory over incumbent President Donald Trump last week could be a factor on whether the UK can seal a deal with the EU or whether the EU feels emboldened to stick to its principles in the knowledge that a future occupant of the White House is a supporter of its cause in the face of the UK’s desire for total sovereignty outside its former membership of the EU.

The French have been clear from the start. The UK can’t expect similar or better terms for leaving the club it once helped to create. Such an outcome would undermine the very foundations of the EU and create a dangerous future precedent that could weaken the legal and political integration of the remaining 27 EU Member States.

Despite the mood music that emanates about the sides getting closer to a trade deal and that some form of compromise may exist on fishing rights in the UK’s territorial waters as well as the more fluid interpretation of what a level playing field looks like, there’s no escaping the fact that the credibility of British PM Boris Johnson’s Government and that of the European Commission hangs in the balance.

The Internal Market Bill[2] that seeks to wind back commitments in the Withdrawal Agreement had a bumpy ride in the House of Lords last night as Peers voted overwhelmingly to remove a section of the Bill that would allow ministers to break international law – by 433 votes to 165. At the Committee Stage, the House of Lord’s job is to scrutinise the proposed legislation and every clause of the Bill has to be agreed to and votes on any amendments can take place. All suggested amendments have to be considered, if a member wishes, and members can discuss an issue for as long as they want. The UK Government can’t restrict the subjects under discussion or impose a time limit. This is a key point of difference with procedure in the House of Commons.

As last night’s vote confirmed, there’s no appetite in the House of Lords to condone breaking legally binding commitments and allow Ministers to unilaterally change a protocol relating to Northern Ireland contained in the Brexit divorce deal signed last year with the European Commission. And the European Commission is in no mood to let the UK off the hook and threatens to challenge any such attempt under international law.[3]

US President-elect Joe Biden was quick to reaffirm the need for the UK to stick to the Withdrawal Agreement and preserve the fragile peace rather than turning this upside down as a result of the UK’s desire to forge its own way in the world as a result of Brexit and create a physical border between the Republic of Ireland and Northern Ireland. This would amount to a breach of the Good Friday Agreement and the fear of a surge in sectarian violence that everyone had hoped had been consigned to the history books for good.

The voting intentions in the forthcoming French Presidential Election in 2022 could also be a factor, despite being someway off on the horizon.

President Emmanuel Macron is currently just ahead in the polls of his right-wing rival Marine Le Pen, leader of the National Rally, the new brand name for the old National Front.[4] Macron is conscious he needs to be seen taking a stronger line on the protection of freedom of speech in the wake of the murder of school teacher Samuel Paty, as well as defending the rights of French fishermen to continue to fish in the UK’s territorial waters. Any weakness on defending the rights of France will be seized on by the Far Right and could make France lurch further to the Right if he should waver in these negotiations with the UK possibly leading to his defeat at the hands of Marine Le Pen.

In the UK, the banks remain sanguine about the outcome of these trade discussions, claiming that they’ve got contingency plans in place and at an advanced stage to mitigate any potential disruption to the financial markets. Not all sectors share such confidence, as seen at the CBI Annual Conference[5] last week which sounded more like a self-help group appealing for more Government support to help small and mid-sized businesses avoid falling off the proverbial cliff edge in the event of a no-deal Brexit when the clock runs out on 31 December 2020 – less than 10 weeks’ away.

According to The Economist[6], non-tariff barriers now matter more than tariffs and for services they can be erected with or without a Brexit trade deal, such as in the insurance sector. A Brexit Reality Check shows that in order to trade with 400m+ EU consumers, UK firms will need to play by EU rules, so for many regulated markets, the UK will still be a net rule-taker rather than a net rule maker.[7]

And if the UK isn’t able to convince the European Commission that it should receive the status as an adequate country with respect to the protections afforded in the processing of personal data of EU citizens, this will add to the burden of red tape that UK businesses will already face as a result of a no-deal Brexit by having to comply with additional data privacy, data protection and security safeguards that will significantly increase the cost of compliance and where international data transfers are far from frictionless.

The UK may in the future decide to diverge from the EU General Data Protection Regulation[8] (GDPR) despite claiming it will hang onto the highest levels of data privacy and data protection in the world.

It may try to do this by claiming alignment with Convention 108+, the modernised and strengthened version of global data protection Convention 108 that was finalised in 2018. Originally, the Convention bound the State parties in the Council of Europe, but for the last decade has expanded its membership around the world to include Argentina and Mexico as well as having admitted a variety of Observers as well as non-Party States that have an interest in becoming Parties, such as Australia, Canada, Brazil, Israel, Japan and the US.

Unlike the GDPR there’s no enforcement regime but simply a commitment that Members secure effective application of the Convention’s provisions.[9]

In summary, the power struggle between the EU and the UK in order to achieve an outcome that both parties can live with from the current Brexit trade negotiations remains tantalising close but could be a stretch too far given the national and geo-political shifts required in order to arrive at a compromise agreement that’s acceptable to all 27 EU Member States by 16th December 2020.

Both sides may have just run out of time.

Ardi Kolah is a Ph.D. researcher in Law at Queen’s University Belfast. He has been appointed to the Advisory Council of the Digital Marketing Institute (USA), and is the founding Editor-in-Chief of the Journal of Data Protection & Privacy