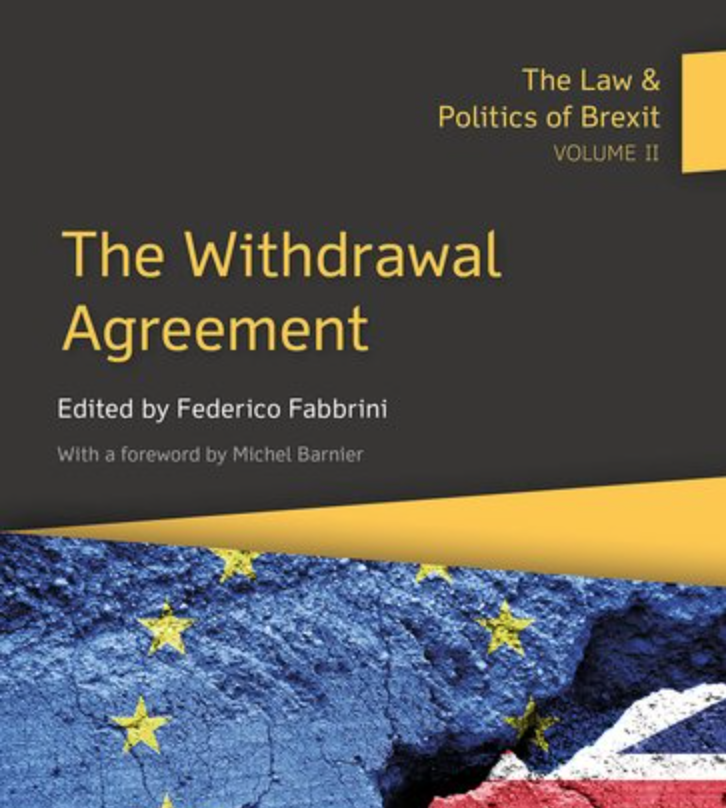 The Law & Politics of Brexit Volume 2: The Withdrawal Agreement (foreword by Michel Barnier)

Professor Federico Fabbrini, Founding Director of the Brexit Institute and Full Professor of EU law at the School of Law and Government, Dublin City University, is the editor of the new book “The Law & Politics of Brexit Volume 2. The Withdrawal Agreement“. The book, which features a preface by Michel Barnier and is published by Oxford University Press, provides the first comprehensive analysis of the withdrawal agreement concluded between the United Kingdom and the European Union to create the legal framework for Brexit.

The book – which builds on the prior volume “The Law & Politics of Brexit” (OUP 2017) – overviews the process of Brexit negotiations that took place between the UK and the EU from 2017 to 2019, and examines the key provisions of the Brexit deal. The volume assesses the withdrawal agreement provisions on the protection of citizens’ rights, the Irish border and the financial settlement – as well as the governance provisions on transition, decision-making and adjudication, and the prospects for future EU-UK trade relations. Finally, the book reflects on the longer-term challenges that the implementation of the 2016 Brexit referendum poses for the UK territorial system, for British-Irish relations, as well as for the future of the EU beyond Brexit.