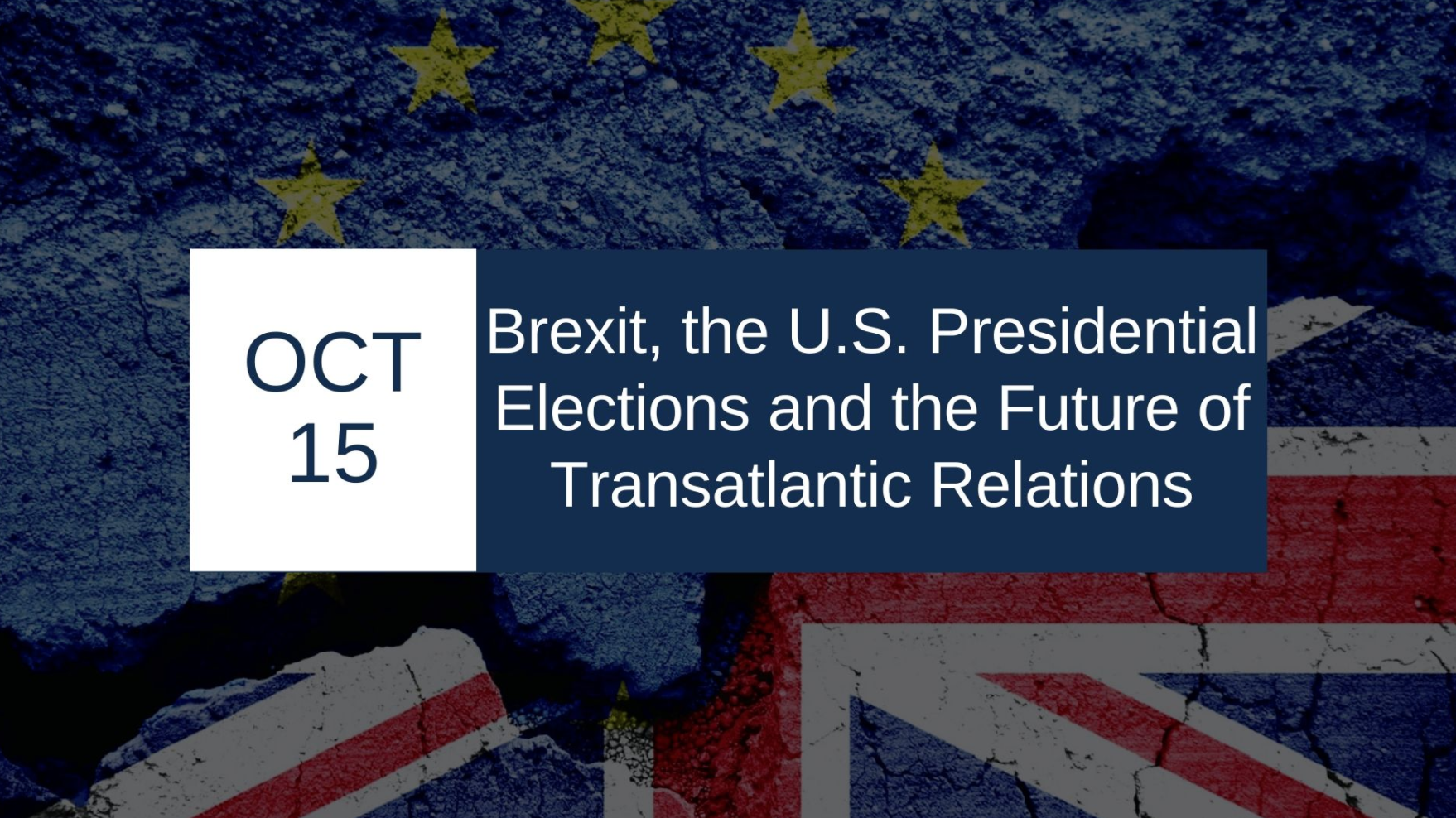 Event Report: Brexit, the US Presidential Elections and the Future of Transatlantic Relations

On Thursday, 15 October 2020, the DCU Brexit Institute hosted an online event on “Brexit, the US Presidential Elections and the Future of Transatlantic Relations,” with the sponsorship of Eversheds Sutherland. The event took place just days before the fateful US Presidential Elections, and at a critical time in an unprecedented presidential campaign shaped by the Covid-19 pandemic.

The event began with some welcome remarks from Prof. Federico Fabbrini (Director, DCU Brexit Institute), who handed the floor to Suzanne Lynch (the US Correspondent of the Irish Times) who introduced the speakers.

The first speaker was Ambassador Nicholas Burns (Professor of Diplomacy and Director of the Harvard Kennedy School of Government, and former Under-Secretary of State for Political Affairs at the US State Department), who is an adviser to the Biden campaign. He said that the transatlantic relationship was suffering through its worst crisis in 75 years. It is simple unprecedented that one candidate in the US election, President Trump, is extremely critical of both NATO and the EU. He noted that Trump has repudiated decades-long bipartisan support of European integration and transatlantic cooperation.

Burns then turned to the question of Brexit. While everyone is naturally focused on its effect on the UK, it is necessary to look also at the impact on the EU. He said he thought there would be quite a negative impact on the EU, given its loss of the UK, with its global role and military strength. As for the US, he said that the US had frequently counted on the UK to translate the US point of view to the Europeans. He recalled that when he was in the State Department he spoke to his British counterpart almost every day. It is possible that the Irish could come to play a similar role in the future. But Britain will certainly be weaker outside the EU, and its unity will come into question. He also noted how striking it was that both Nancy Pelosi and Joe Biden stated in no uncertain terms that the US will not strike any trade deal with the UK if the Good Friday Agreement is threatened.

The next speaker on the panel was Deborah Hutton (Partner & Head of Asset Management & Regulatory team at Eversheds Sutherland), who analyzed the legal situation regarding Brexit and Northern Ireland. She said that she grew up in Northern Ireland and had the honour of meeting John Hume. She noted that the UK and the EU signed the Withdrawal Agreement in October 2019, but less than a year later the UK published its Internal Market Bill that would explicitly violate parts of that agreement. Whereas the UK government claimed that the bill was intended to protect the Good Friday Agreement, the EU took the opposite view. She then went on to analyze in greater detail the problematic clauses in the bill, and whether they necessitate checks in the Irish Sea and whether they break international law. Finally she reflected on the possibility of the return of conflict in Northern Ireland.

The next speaker was Alan Brady (EVP & Head of Syndicated & International Finance – US Branch Manager of AIB at New York). He began by noting the extraordinary times we live in, with the US President attacking international institutions and the UK government stating its intention to break international law. Fundamentally, businesses want stability; but, as Enda Kenny pointed out recently, investors do not know what the UK laws will be in three years’ time. Meanwhile, if Joe Biden wins, there is no doubt that after the election Republicans will suddenly rediscover the need for fiscal discipline, and will try to rein in spending. If there is a Democrat majority of 51-49 in the US Senate, then conservative Democrat Joe Manchin will suddenly be the most powerful Senator. But if Trump wins – almost certainly while losing the popular vote – then the democratic legitimacy of the entire system will be thrown into question, which will bring more instability that businesses do not want. He also noted that while Biden would be more friendly to international institutions, a Biden presidency would not lead to a restoration to the pro-free-trade policies of the Obama years.

The final speaker was Kenneth McDonagh (Associate Professor of International Relations at DCU). He noted that there has been a hollowing out in the state capacity of the US which could continue to affect its prospects for global leadership even if Biden wins the election. Regarding the position of Ireland, he noted that it would have to reconfigure its relations with the US, the UK and the EU. Paraphrasing Mary Harney, he asked, are we closer to Boston, Berlin or Birmingham? In the last four years there has been an acceleration in the foreign and security cooperation in the EU, which poses uncomfortable questions for Irish neutrality. And so Ireland is going to have to carefully navigate this three-way relationship.