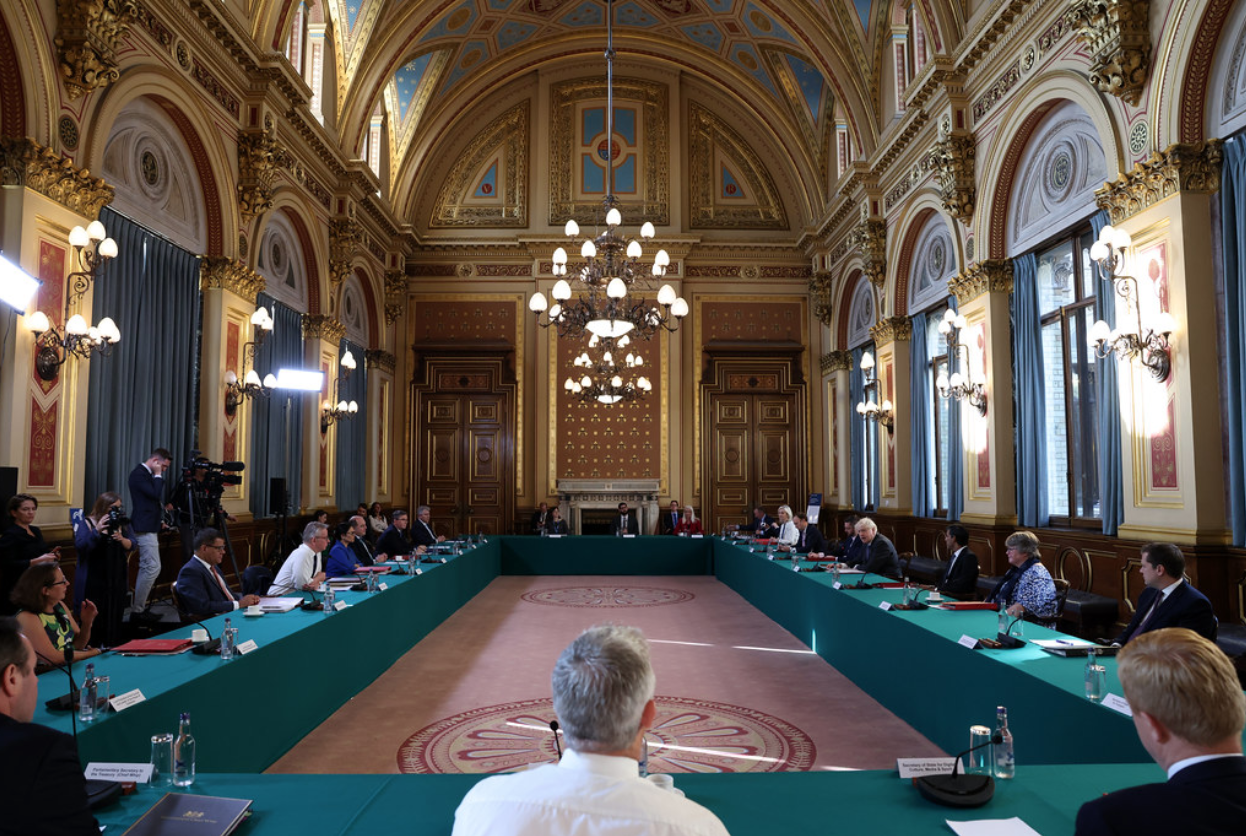 The publication of the UK’s Internal Market Bill (IMB) on 9th September marked a decisive change in course for talks with the EU.

Days of speculation about what it would contain after a scoop from journalist Peter Foster sent shockwaves across the globe, with responses from senior figures in the EU’s negotiating team, the Irish Minister for Foreign Affairs and Speaker of the House of Representatives in the United States, Nancy Pelosi, all making their disdain at the proposals known. The forthright admission by the Secretary of State for Northern Ireland, Brandon Lewis, to the House of Commons that the IMB would conflict with international law in a ‘specific and limited way’ further heightened anxieties at the UK Government’s plans ahead of publication.

The bill itself did little to quash these concerns. Clauses 42, 43 and 45 are of particular note for Northern Ireland, and by derivation, have become the basis for international consternation and concern, not least within the EU. With just over three months remaining until the end of the transition phase, and just over one month remaining until the last feasible point for a trade deal to be concluded to come into force on 1st January 2021, the timing of this move could not have come at a more critical juncture.

Clause 42 relates to trade and exit summaries, outlining that the UK Government will be able to ‘disapply or modify’ requirements on these, contrary to what is determined as necessary within the Protocol on Ireland/Northern Ireland (PINI). Clause 43 addresses State aid, one of the key sticking points in the current UK-EU discussions. Here, the IMB outlines that the UK would not be under any obligation to adhere to EU legal requirements on State aid. Clause 45 clarifies that where there is a conflict between 42 or 43 and international law, these should be interpreted in terms of domestic UK law. In essence, this appears to be a move to minimise the potential for judicial review in these areas.

The UK Command Paper on implementation of the PINI in June 2020 outlined prioritisation of UK unity as the underpinning of the UK’s approach, and the IMB reflects this. It is unsurprising, therefore, that for many Northern Ireland unionists, who have viewed the Protocol unfavourably from the outset, the IMB has been largely welcomed, and in some quarters has been criticised for not going far enough. For others, it has been viewed with deep concern that the Good Friday (Belfast) Agreement (GFA) is being overlooked, and that rather than being a backup plan (a backstop arrangement, as it were…) it signals an intended arrangement by the UK Government, with little regard for what this would mean for Northern Ireland.

The initial divisive response the IMB has drawn is indicative in itself of the potentially damaging consequences it could have in Northern Ireland, which only returned to a state of relative yet fragile political stability at the start of 2020. It is clear that the content of the IMB is anathema to core commitments made by the UK in the Protocol, but is in line with Prime Minister Johnson’s domestic political agenda and ambitions.

This tussle has played out over recent days in the House of Commons. The Second Reading of the IMB in the House of Commons on 14th September saw the Prime Minister argue that it upholds the GFA and that the issue of conflict with international law was justified within the strict parameters of the IMB, a position reaffirmed by numerous contributions from Conservative Party colleagues over the evening.

But the IMB is not supported by everyone in the Conservative Party, and efforts in recent days have seen the Prime Minister work to reach a compromise with colleagues, details of which were announced late on 16th September. This amendment would entail including an additional stage in the form of a parliamentary vote before the provisions of the IMB would come into operation, aimed at making it, in theory, more difficult in practice for the plans to become reality. How effective such a parliamentary lock would be in practice, however, is questionable given the large Conservative majority present, which remains intact in light of this compromise.

The meeting of the Northern Ireland Affairs Committee on 16th September earlier that day showed that the core Government position on the IMB remains firm. Brandon Lewis reasserted his support of it on the basis of legal advice received from current Attorney General, Suella Braverman. Lewis’s claim that all party leaders in Northern Ireland had been consulted about the IMB in advance brought a number of strong rejections. At a time when parties in Northern Ireland need to be able to trust in the Secretary of State, the IMB seems to have only served to further weaken this from every possible angle.

The challenge of striking a fine balance between political agendas, maintaining the territorial integrity of the UK, preventing a hard border on the island of Ireland and leaving the EU has been played out publicly over recent years. Maintaining that the IMB upholds the principles of the GFA does not make it true, in the same way that arguing that it is acceptable to act contrary to international law does not make it so. If it is simply intended to be a negotiating tactic, it is a potentially reckless one that will not only impact on discussions with the EU, but could incur a reputational damage to the UK internationally at a time where this is critical.

Although Johnson’s concessions might appease opponents within his party, the IMB has already done damage by its mere existence. The IMB is viewed by counterparts in the EU as something that is a sufficient basis for initiating legal action. It has set the UK Government on a collision course with leading figures within the Unites States, including, most recently, from the Democratic Presidential Nominee, Joe Biden. It further fuels both unionist and nationalist concerns in Northern Ireland that one or other will have to accept an arrangement that they are opposed to. It fails to do anything by way of building trust between Northern Ireland and its Secretary of State, and the UK Government more generally, when it is needed most.

Once again, caught in the centre, is Northern Ireland. It is difficult to conclude that taking steps so fundamentally antagonistic to either one of the predominant communities in the region would not bring challenges, and the IMB is, for now at least, contributing to this tension.

Clare Rice (Dr.) is a Research Associate at the School of Law, Newcastle University and member of the team of Performing Identities