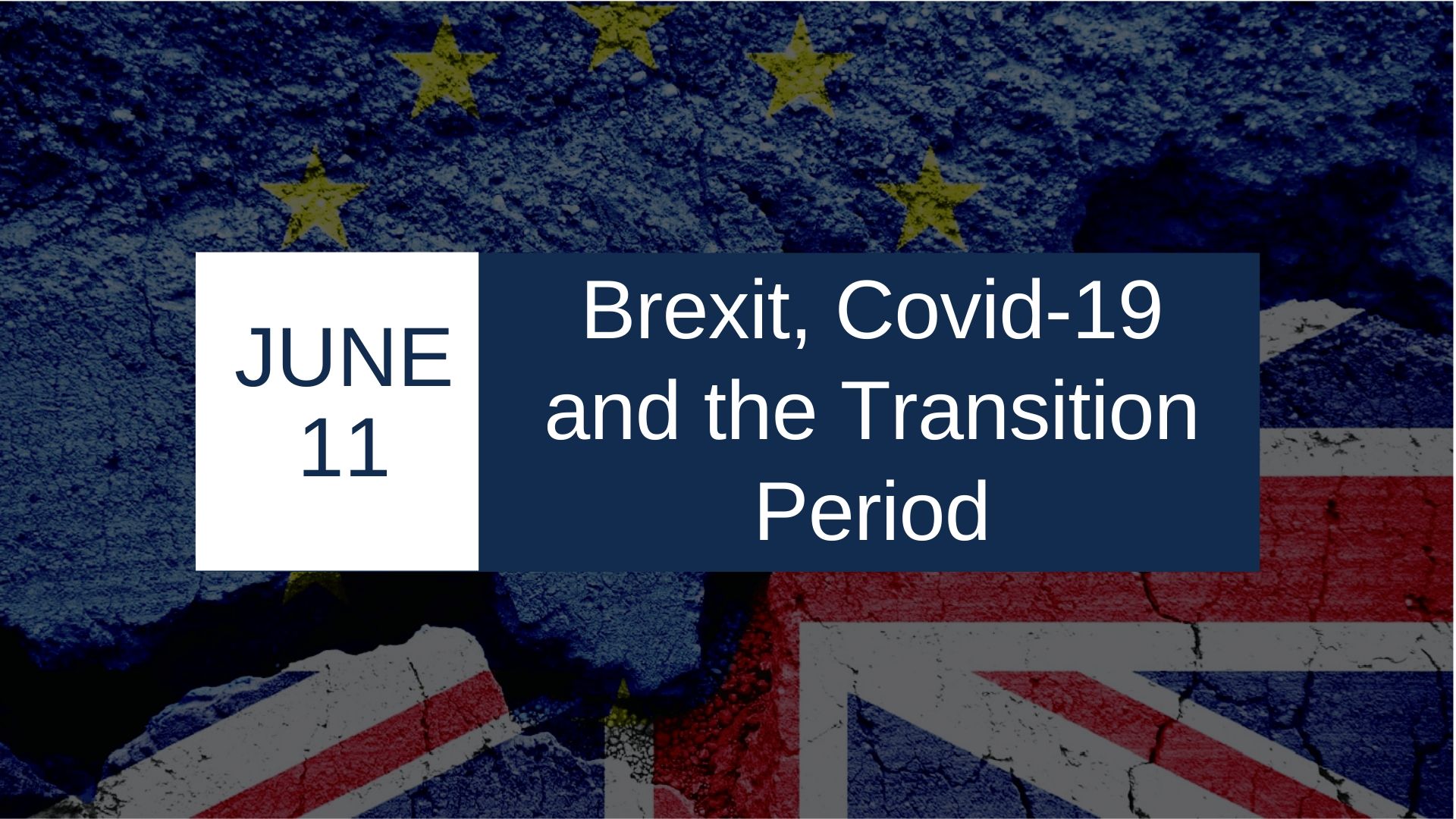 On Thursday 11th June 2020 the DCU Brexit Institute hosted a webinar on ‘Brexit, Covid-19 and the Transition Period’. The event was opened by a keynote speech by Stefaan De Rynck, of the European Commission Negotiating Task Force on EU-UK Relations and continued with a round-table discussion featuring Edoardo Celeste (DCU), Colin Hunt (CEO of AIB), Michael McAteer (Managing Partner of Grant Thornton) and Cian McCourt (Head of Corporate at Arthur Cox), moderated by Shona Murray (Euronews).

The event was briefly introduced by Federico Fabbrini, Founding Director of the Brexit Institute and Full Professor of EU law, at Dublin City University.

Stefaan De Rynck (European Commission Negotiating Task Force) opened the floor with a speech on the EU-UK negotiations and their state-of-the-art. In particular, he referred to the fact that to unblock the negotiations, the EU would need a strong UK commitment on key issues, such as fundamental rights, fisheries and agriculture. He continued pointing to the fact that the UK should accept the consequences of not be willing to enter into a deal. In particular, he said, one need to come to terms with the fact that you cannot have outside the single market the same advantages that you had inside. He referred to the fact that, for instance, it is difficult to have the UK accept that the situation for free movement of goods will not be as smooth as it is now. He also mentioned that the UK is not asking for a traditional Free Trade Agreement (like the ones negotiated with Mexico, Canada, South Korea, or Japan) but is asking for much more. Then, he continued, comes the proximity issues. Notwithstanding the fact that the UK is very close to the EU in terms of geographic and economic ties, once the UK abandons the standards of the single market (competition, food, etc.) will be in a completely different situation. He continued stressing that the current state of play of the negotiations on issues as professional qualifications and financial services is extremely difficult, as the requests of the UK are unprecedented. He mentioned also that to allow such a cherry picking approach would be detrimental for the EU single market and cannot be allowed. He referred as well to the issue of preparedness, and namely to the fact that all of the issues on the table should be dealt with in 6 months.  The political core for any discussion – he concluded – is to stick to the political declaration. In particular, on the Protocol on Ireland and Northern Ireland much more is needed, and lot quickly, from the UK. It is crucial for the Protocol to be fully operational on the 1rst of January 2021.

The discussion then continued with the panel speakers. First was Edoardo Celeste (DCU). Edoardo discussed the impact of Covid-19 on Brexit and the transition phase. In particular, he stressed how it would not be wise for the UK to end the transition by 2020 within the current pandemic, since the effect of a no-deal Brexit would be considerably worsened. Covid-19 – he continued – could mitigate the political price to be paid by the effect of a no-deal Brexit, but the economic consequences of a No-deal Brexit cannot be eliminated by this pandemic. It is clear, he concluded, that we need a deal and we need it in a timely fashion. One of the thing that it is to be learned in this period is that our businesses are not ready to uncertainty, so we would need to have certain and sure preparedness and be ready. Then continued Colin Hunt (AIB), recognising that UK never accepted that after the end of the transition there was no access to the single market. He also referred to a recent statement of the Federation of British Industry, which said that a Brexit deal would be the cornerstone of recovery post pandemic, and that their businesses are not ready for a radical change in 6 month time. Covid-19 is accelerating the negative impact of the no-deal.  Michael McAteer (Grant-Thorthon) also stressed how the impact of Covid-19 came completely unexpected. Businesses had to react without notice to the Covid-19 impact. With reference to Brexit – he said – it is likely that Covid-19 will be used by Brexit supporters in the UK to cover the economic consequences of Brexit. The UK perceived the absence of compromise in negotiations as a victory, and so it is presented the current no-extension of the limitation period. The key question is to know if there will be clear rules in the next six months. Cian McCourt (Artur Cox) concluded comparing Brexit and the Covid-19 emergencies. He said that, in his opinion, in the current situations businesses are giving priority to the solution of the Covid-19 pandemic and that Brexit still looms large in the horizon. Also, Covid-19 is an existential crisis and Brexit is still too uncertain. Businesses are focused on survival, he concluded, and it is to be praised that Member States, according to president of the European Commission, can use all option to sustain their businesses.

The event was followed by a living discussion, in particular on the consequences of Covid-19, on the UK-Northern Ireland Protocol and on the future of the UK after Brexit.