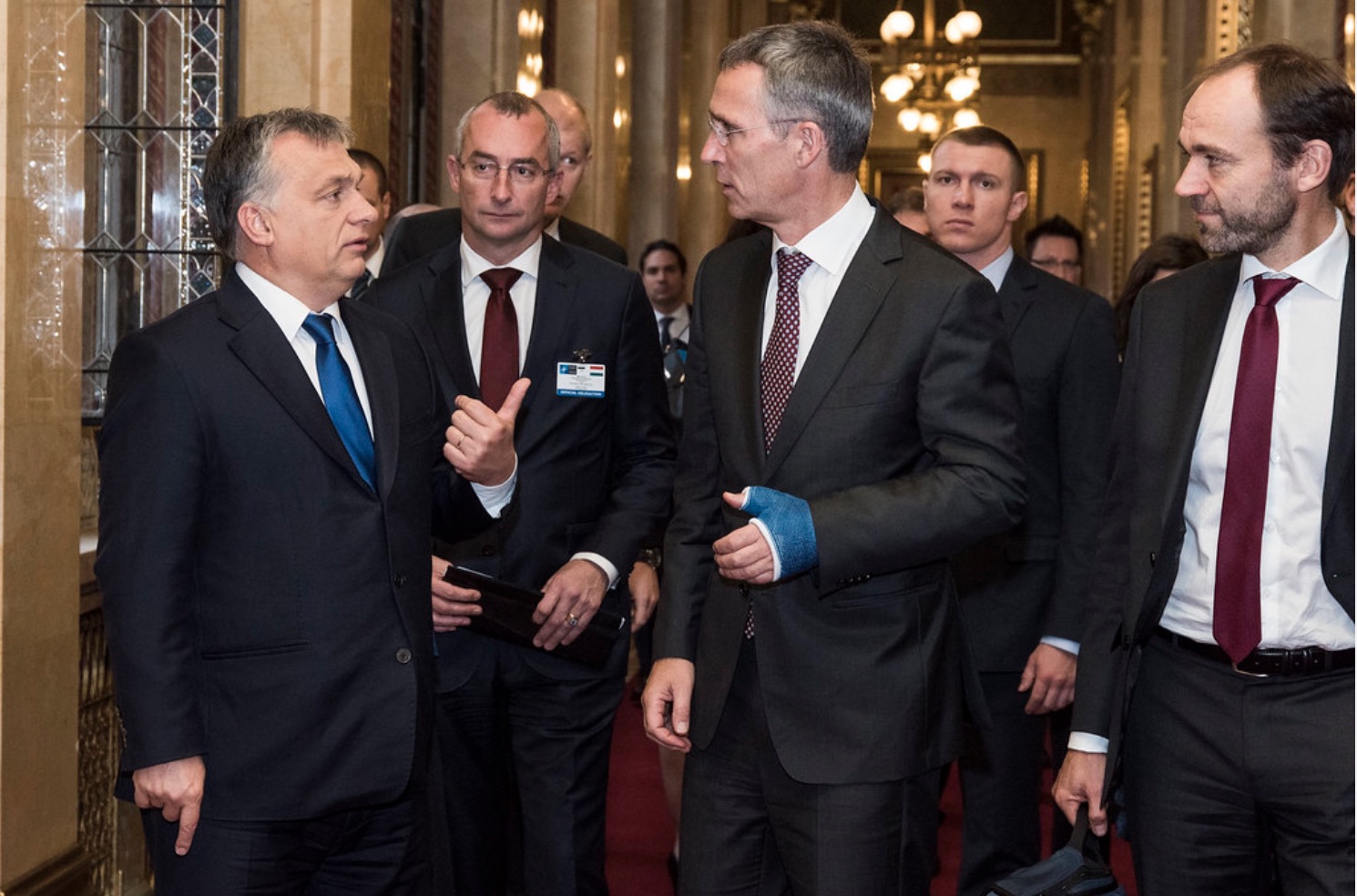 Weimar-on-Danube: on the Hungarian Enabling Act, the European response, and the future of the Union

The current pandemic is testing political, legal, and social systems in significant ways. Europe has faced, among other things, strains regarding the notion of solidarity within the Union, questions as to the ability of economic and financial systems to co-ordinate responses, and now, in Hungary, challenges to the claimed democratic values of the Union itself.

The Hungarian Fundamental Law of 2011 regularly contemplates its own negation: Articles 48–54 establish a total of six ‘special legal orders’. These are the ‘state of national crisis’, the ‘state of emergency’, the ‘state of preventative defence’, the ‘terror-threat situation’, ‘unexpected attacks’, and the ‘state of danger’. It is through this last provision, defined as ‘a natural disaster or industrial accident endangering life and property’ that Viktor Orbán’s Fidesz party initially channelled its legal response to the Covid-19 pandemic. However, chafing under Article 53 (3)’s imposition of a 15-day limit on decrees under the ‘state of danger’, Orbán last week used his two-thirds parliamentary majority to pass what we can rightly call an Enabling Act, allowing him to rule by decree for an indefinite period. Others have written cogently of the Act as a ‘constitutional moment’; of how it fits perfectly with Orbán’s long-established patterns of behaviour; and of the dim prospects of EU law being any use against it, at least in the short- to medium-term. The purpose of this short piece is to accept and adopt these critiques, and to contrast the brilliant opportunism of Orbán’s move with the lumpen foolishness of the European response. What emerges from such a study paints a grim picture: the chancelleries of Europe full of little Neros, fiddling while the Hungarian Rechtsstaat burns.

The response from the Commission and from the Member States has been pathetic. On 31 March, Commission President Ursula von der Leyen tweeted that:

‘[i]t’s of outmost importance that emergency measures are not at the expense of our fundamental principles and values. Democracy cannot work without free and independent media. Respect of freedom of expression and legal certainty are essential in these uncertain times.’

She added that the Commission:

‘will closely monitor, in a spirit of cooperation, the application of emergency measures in all Member States. We all need to work together to master this crisis. On this path, we’ll uphold our European values & human rights. This is who we are & what we stand for.’

Such dishwater platitudes are to be expected from a President who owes her position to the votes of MEPs from Fidesz and from Poland’s ideologically-related ruling PiS party, and who thought it a clever idea to try to appoint a Commissioner for ‘Protecting Our European Way of Life’, (a post later made no less nonsensical and insulting by being changed to one of ‘promoting’ this alleged ‘way of life’).

A striking aspect of both these responses was their unwillingness—their seeming inability—to name Hungary, and to specifically state that Orbán’s power grab would be resisted and challenged. The consequences of this diplomatic squeamishness soon became clear: just a day later, on 2 April, in an act of the purest, most distilled chutzpah, the Hungarian government had the gall to join in adopting the statement issued by the ‘deeply concerned’ 17 Member States. Whatever his other flaws, we can credit Viktor Orbán with being a master of comic timing. Of course he joined the statement! Why wouldn’t he? After all, the statement did not identify any particular Member State as being the reason for the ‘deep concerns’ expressed, and by claiming to echo the Member States’ concerns, Orbán can continue to assert that his is an entirely mainstream—just very conservative—political project. This is in keeping with Fidesz’s continuing membership of the European People’s Party, which affords political cover to Orbán’s project of remaking Hungary in his image.

Meanwhile, the decrees are coming in thick and fast. The plan to build a ‘museum quarter’ in Budapest’s City Park, held up by the unexpected victory of the opposition in last year’s mayoral elections, will go ahead. A person’s legal sex will now be fixed at birth, and cannot be legally altered. Municipal theatres—rare islands of intellectual independence and the possibility of artistic and political dissent—will be brought under central government control. Quite what these measures have to do with stopping the spread of the coronavirus and managing the current crisis is not clear. What is clear is the Enabling Act is mere opportunism, seizing on a deadly threat to permit the government to go about its agenda with the very minimum of political, legal, and press scrutiny.

The idea of ‘naming and shaming’ as an enforcement method only works if you actually name offenders, and if the offenders are actually capable of feeling shame. Hungary’s mocking adoption of the joint statement demonstrates the sheer shamelessness of the Orbán government. The refusal of the Commission and the Member States to name Hungary and to specifically condemn Orbán’s behaviour illustrates the extent to which senior figures in Europe are beholden to a kind of comity of idiots, where each is afraid of being undiplomatic to the other, just in case the other might one day be undiplomatic to them.

The apparent reluctance of European heads of state and government to ‘interfere’ in one another’s ‘domestic’ affairs is a relic of a bygone age, a time when we really could draw such bright lines between the ‘national’ and the ‘European’. Our political leaders know this, but they maintain the pretence because it is a useful insulator: it preserves ‘the national’ as a kind of petty fiefdom, which will brook no criticism from outside, despite the fact that domestic action is influenced by, and in turn influences, action at the Union level and in every other Member State. The Enabling Act does not just endanger Hungary and Hungarians, but Europe and Europeans: the rot can spread from the Member States to the Union, from the Union to the Member States, and from one Member State to another. Orbán’s pollution of the Hungarian body politic; PiS’s degradation of Poland; and the murders of Daphne Caruana Galizia and Ján Kuciak are not directly related, but taken together they are all indicative of a Union sliding ever further into the mire, where the appearance of unity is more important than any actual substantive commonality of democratic standards, or those beloved ‘values’ of which we hear so much.

There has recently been at least some movement in terms of legal sanction for Orbán and those like him. AG Kokott last month argued that the CJEU should find Orbán’s ‘lex CEU’, by which the Central European University was hounded out of Budapest, in breach of EU and WTO law. This month, the CJEU held that Poland, Hungary, and Czechia had failed in their obligations under Union law to join in the EU’s relocation programme for the distribution of asylum-seekers across the Union. But these victories are partial, reactive, and belated, and have met with scorn from Fidesz. Union law in general, and the Treaties in particular, are simply not geared towards the rectification of the kind of authoritarian opportunism of which Orbán is the standard-bearer.

In the present state of Union law, the solution must be, and can only be, political. But the Hungarian Enabling Act exposes the idea that European conservatives can curb the excesses of their most obviously authoritarian bedfellows as the delusion it has always been. Nor are the EPP alone in sheltering undesirables: the Social Democrats and the Liberals are both happy to rely on the votes of members with questionable records and intentions.

The tension between ‘capital Europe’ and ‘social Europe’ is as longstanding as the disconnect between ‘economic Europe’ and ‘political Europe’, but the current crisis is bringing these tensions to boiling point. Most notable is the issue of ‘solidarity’, a word frequently on the lips of European leaders but only rarely evident in their actions. The crisis exposes the EU’s historical baggage about what it is, what it does, and what it’s meant to be. From bailouts to borders to non-interference in ‘domestic’ politics, we must stop pretending that the EU can exist as a kind of rarefied space of apolitical technocracy. In this sense, we can learn a valuable lesson from Orbán: opportunities ought not to be wasted. The homeless can be housed. Private healthcare systems can be nationalised. The Union can—and must—take action in defence of its claimed fundamental values.

A young democracy in an old nation at the very heart of Europe is being snuffed out before our eyes, and our leaders are doing nothing.

At least Nero could play the fiddle.

Tom Flynn is Lecturer in Law at the School of Law, University of Essex. His book The Triangular Constitution: Constitutional Pluralism in Ireland, the EU and the ECHR (Hart 2019) is out now