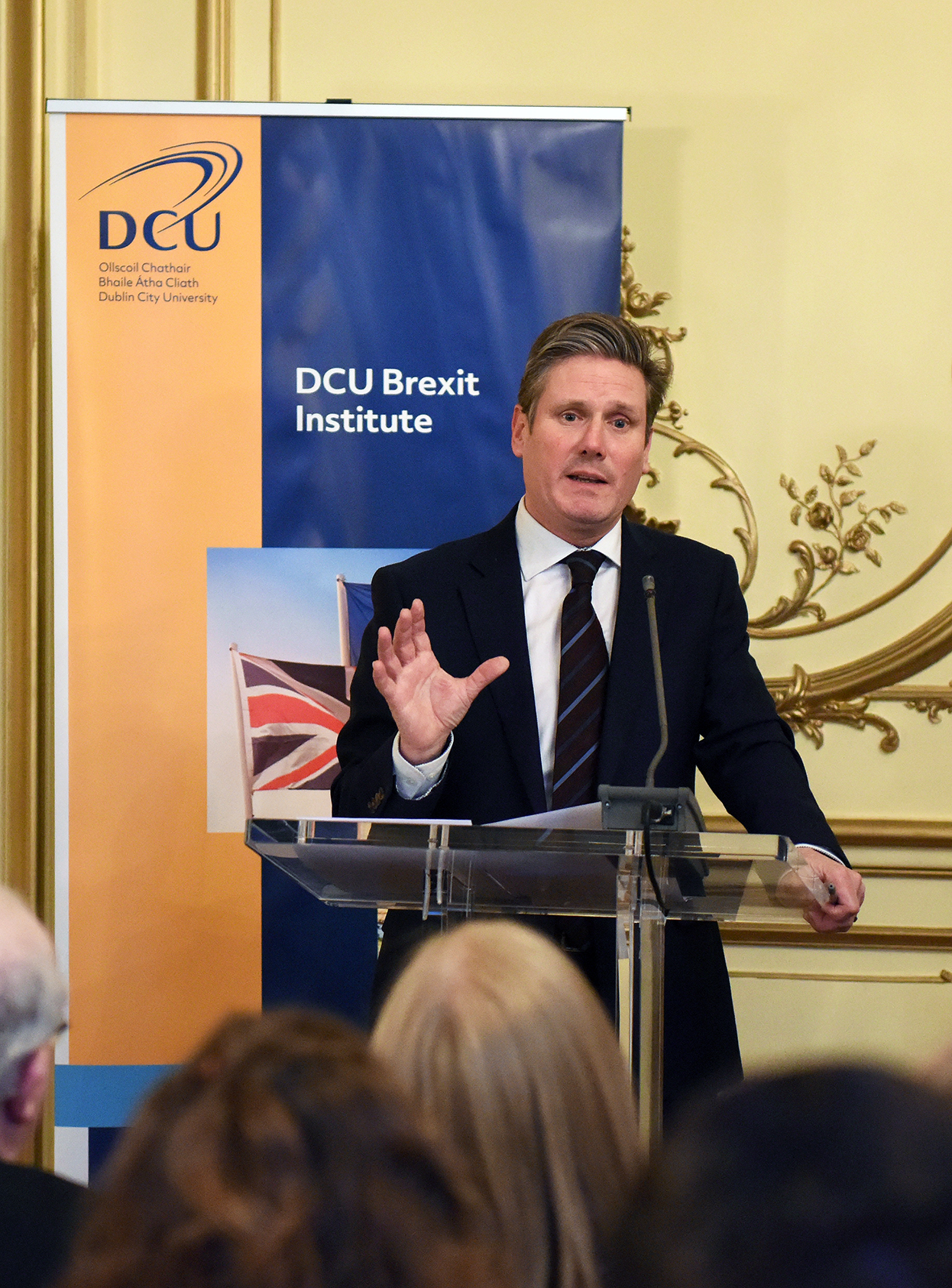 Keir Starmer, until recently Shadow Secretary of State for Exiting the European Union, has been elected today as the successor of Jeremy Corbyn in taking up the leadership of the Labour Party. Among his rivals, Rebecca Long-Bailey received 28% of the vote, and Lisa Nandy the 16% in the final leg of the election.

Sir Keir Starmer, a lawyer specialized in human rights, former senior public prosecutor and a QC, has been since the beginning a strong advocate of the remain of the UK in the European Union and is usually understood to reflect the moderate wing of the Labour Party, while the exiting leader Jeremy Corbin is a representative of the left-wing of the party. In the electoral campaign preceding the elections he defended several times the stance that the Labour took on Brexit, saying that the party plan to renegotiate another deal and then put it to a public vote, and to decide at a later stage whether to back leave or remain, was the right position to take. He was also a vocal supporter of a second referendum, although he expressed himself on the importance for the party to state clearly its position on the matter. Recently, he also declined to rule out a campaign to rejoin the EU in the years ahead, saying it was a question for future generations. In particular, when pressed to rule out advocating rejoining the EU in future, he said: “It’s for our kids to decide what our future relationship is.”

In a video message immediately following his election, Sir Keir Starmer declared “We’ve just lost four elections in a row. We’re failing in our historic purpose”. “Be in no doubt I understand the scale of the task, the gravity of the position that we’re in”. “We’ve got a mountain to climb, but we will climb it, and I will do my utmost to reconnect us across the country, to re-engage with our communities and voters, to establish a coalition across our towns and our cities and our regions with all creeds and communities to speak for the whole of the country”. “Where that requires change, we will change. Where that requires us to rethink, we will rethink”.

For the post-Brexit negotiations, the election of Sir Keir Starmer is a sign that the Labour Party is willing to pursue the way of the opposition to the line of the PM Johnson. However, it is to be assessed how the Labour, in light of the strong defeat that the party suffered at the 2019 General Elections, will be capable of influencing the parliamentary works during the negotiations phase. Of course, in light of the current Covid-19 emergency, a primary field where the new Labour secretary will be evaluated is in the ability to influence the debate over the request for an extension of the transition period. Although it was unlikely even in a state-of-the-art situation that the government was able to negotiate a deal by the end of 2020, it seems now considerably more difficult to achieve such an objective, given also that both the EU negotiator, Michel Barnier, and the UK P.M. Boris Johnson have been found positive to the virus. The transition period is set to expire on 31 December 2020, but it can be extended to 31st December 2021 or 31st December 2022 if the UK requests an extension before 30th June 2020.