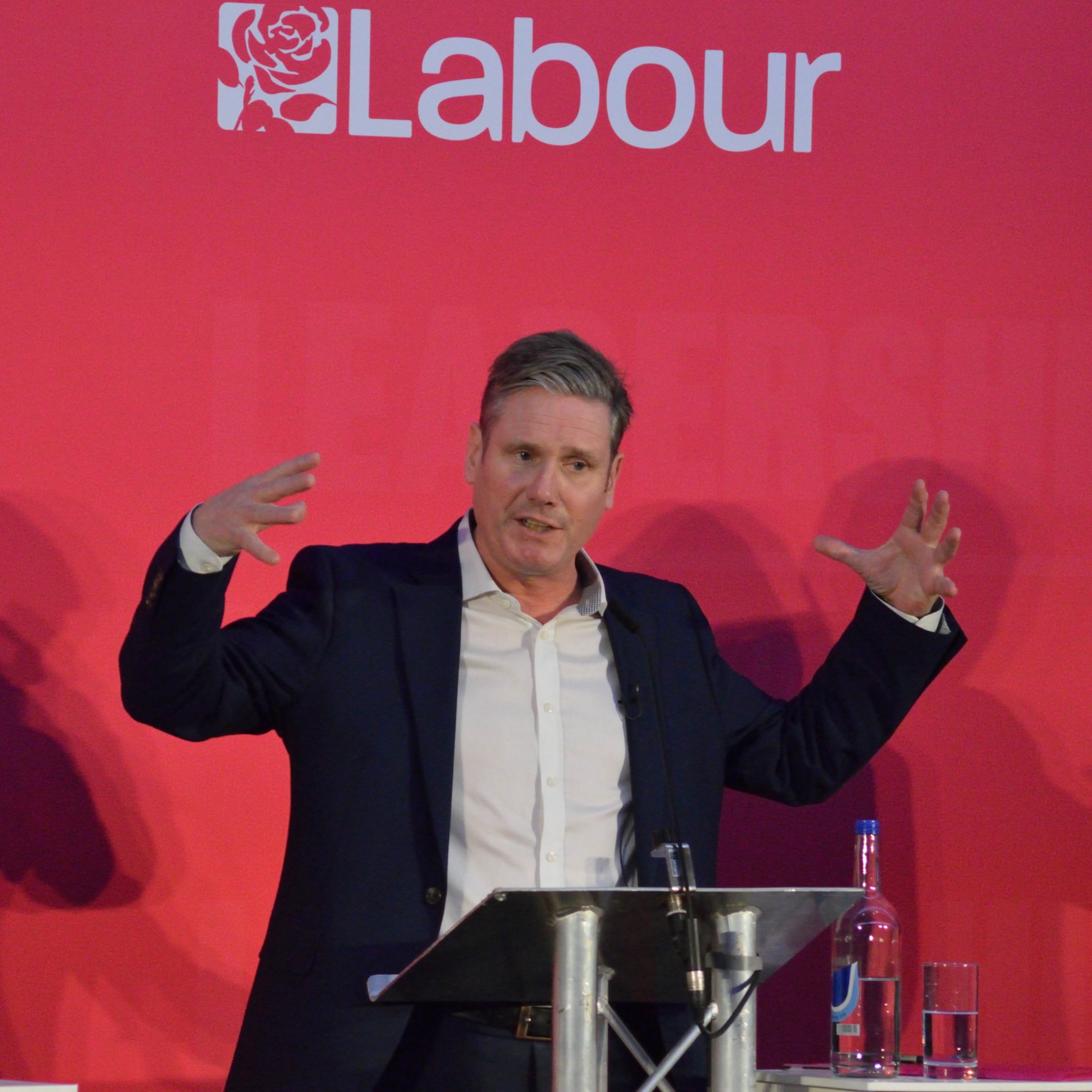 ‘Our options must include campaigning for a public vote and nobody is ruling out Remain as an option’ Sir Keir Starmer, then Shadow Brexit Secretary and now Labour leader, Labour Party Conference, September 2018[1]

Brexit is not anyone’s top priority right now. A statement of fact today, but anyone predicting it just a few months ago would have faced ridicule. Even after Boris Johnson won a decisive election victory to ‘Get Brexit Done’, causing Britain to leave the EU on 31 January 2020, the British political landscape of 2020 would have been dominated by negotiations over the future relationship. Labour would have struggled to influence those negotiations, given the weakness of their position in Parliament. Nonetheless, it would have been a key early test for the party’s new leader, indicating both the direction in which they would take the party and whether s/he was a more credible candidate to be Prime Minister-in-waiting than Jeremy Corbyn.

The coronavirus pandemic has, of course, drastically altered the political landscape and pushed Brexit a long way down the list of priorities. For how long remains to be seen, nonetheless at some point Labour will need to confront the issue again. They will do so under the leadership of Starmer, whose victory was confirmed last week with an enormous 56.2% vote share – more than double the 27.6% of second place Rebecca Long-Bailey. Any readers of my previous blogs will know that Starmer was a leading Remainer, and architect of Labour’s 2nd referendum policy. But what will his attitude be now that Britain’s EU departure is a fait accompli? And given the need to win back the so-called ‘Red Wall’, former Labour strongholds predominantly in the North of England who voted Johnson in large part out of despair at Labour’s refusal to recognise the Leave vote? During his campaign, Starmer appeared on the Andrew Marr show and tried to draw a line under the Leave-Remain divide, indicating he accepted Britain’s departure from the EU.[2] However, the evidence of the last few days suggests that may not be the case.

Starmer’s immediate focus has understandably been on the pandemic, rather than Brexit. Nonetheless, his Shadow Cabinet choices have a significant (and under-reported) Brexit dimension.  Ian Lavery, Leave-voting party chairman under Corbyn and an outspoken opponent of Starmer’s second referendum policy,[3] was sacked from the Shadow Cabinet. Jon Trickett, another northern MP, also warned of the electoral consequences of a 2nd referendum.[4] On election night, having seen his majority slashed, he said ‘ I have long believed that if we turned our backs on Brexit voters they would turn their backs on us, and they did … In 2017, we respected the referendum and saw astonishing results. In 2019, we became a remain-orientated party and look what happened.’[5] Trickett was also removed from the Shadow Cabinet by Starmer.

Instead of heeding voices like Lavery and Trickett’s, Starmer has instead promoted several prominent advocates of a second referendum; most notably, David Lammy to Shadow Justice Secretary. An ardent Remainer, when asked whether his comparison of Leave-voting Tory MPs to Nazis was appropriate, Lammy responded that such a comparison was ‘not strong enough’.[6]  In stark contrast, of the 13 men and 13 women appointed to Shadow Cabinet portfolios, not one voted Leave in 2016. The media coverage appears to have almost entirely missed the significance of this. Whilst the majority of Labour voters were for Remain in 2016, a sizeable minority estimated between 3-5 million people voted Leave.[7]  Offering them no representation at the Shadow Cabinet table is not the action of a party serious about mending relations with the Red Wall.

Starmer’s left-field choice as Shadow Chancellor only confirms this perception. Described as a ‘virtual unknown outside Westminster’,[8] Anneliese Dodds has been an MP for less than 3 years, making her political name in Strasbourg as an MEP. Given the importance of Brexit, and Britain’s future relationship with the EU, to economic policy, Starmer has evidently picked someone whose approach to the issue mirrors his own – Dodds ‘was a strong advocate of a second referendum’,[9] the policy designed by Starmer.

Indeed, since her promotion, Dodds has already warned of the ‘chaotic exit’ that would be caused by a no-deal Brexit.[10]  Ostensibly a senior Labour politician being opposed to a no-deal Brexit is scarcely news. Yet it is more significant what Dodds did not say; she expressed no contrition for a Brexit policy that damaged Labour’s reputation with many of its potential voters, nor any sense of how to reconnect with them. Moreover, while it is clear that Labour’s position is against a no-deal Brexit, Dodds gave no indication of what, if any, deal she would support. Starmer took a similar approach on The Andrew Marr Show on 5 April, in which he attacked Johnson’s Brexit policy, in particular the legal commitment to conclude the transition period this year. However, he did not elaborate on what kind of Brexit he would support or how his vision of the future relationship differed from Johnson’s.[11]

This is redolent of Labour’s Brexit policy over the last 3 years; to oppose any Tory version of Brexit without indicating what Labour’s policy would be. In 2017, as Shadow Brexit Secretary, Starmer announced 6 tests which a Brexit deal would have to pass in order to gain Labour’s support, which were clearly designed to be unmeetable. Thus Labour would in reality oppose Brexit without publicly saying so and, as we have seen, from 2017-9 the party’s anti-Brexit stance became increasingly overt until the 2019 general election was fought on a second referendum platform. It may well be that a repeat is now in prospect, except the end goal becomes to rejoin the EU, rather than prevent Britain from leaving. Such a move will not happen imminently; in fact, it is probably several years away and will proceed on a step-by-step basis. Yet after the events of the past few days, and now that the party is led by Starmer, Dodds and an exclusively Remain Shadow Cabinet, such a scenario appears very plausible. Certainly it seems impossible to conceive of a future relationship negotiated by Johnson that Labour would support.

Yet adopting this position is fraught with problems for Labour. Most obviously, they would be repeating a policy that ended in total failure. It didn’t impress strong Remainers, who contrasted Labour’s seeming lack of principle in stopping Brexit with the ‘Bollocks to Brexit’ Lib Dems. And the sophistry appalled Red Wall voters, who could clearly see how disconnected the party had become from them. As Einstein put it, to try the same thing again and expect different results is the definition of insanity.

Moreover, it is likely that Rejoining the EU will be far harder, and less popular, than stopping Brexit. 48% of the referendum vote was to Remain, and many voters did so because they perceived that the status quo was the safe option, fearing the risk of Leave. Remain campaigners also had a credible argument that there was no consensus among the 52% who voted Leave about what form Brexit should take. Neither of those factors would apply in any campaign to Rejoin.

In my view, Labour should beware drifting into becoming a Rejoin party or, even if they do not formally go that far, towards continuing to accept a surly attitude to the 2016 referendum result. An alternative is to state clearly that they accept it and to state that, while it was not their preference, they understand why it gained support amongst Red Wall voters and that their verdict must be respected. Then put forward a positive vision for the future relationship outside the EU, which makes the case for being closer to it than Johnson would prefer. There is a strong economic and political case for this, yet very few of those Labour needs to listen will do so whilst they think it is a proxy case for Remain.

Ultimately, Starmer looks set to take a different route. Time will tell how his Brexit policy develops and how it impacts upon Labour’s chances of winning an election. Yet the initial signs suggest a repeat of the last 3 years, and no attempt to reflect on the failings these brought. If so, Labour’s route back to electability may prove long and arduous.