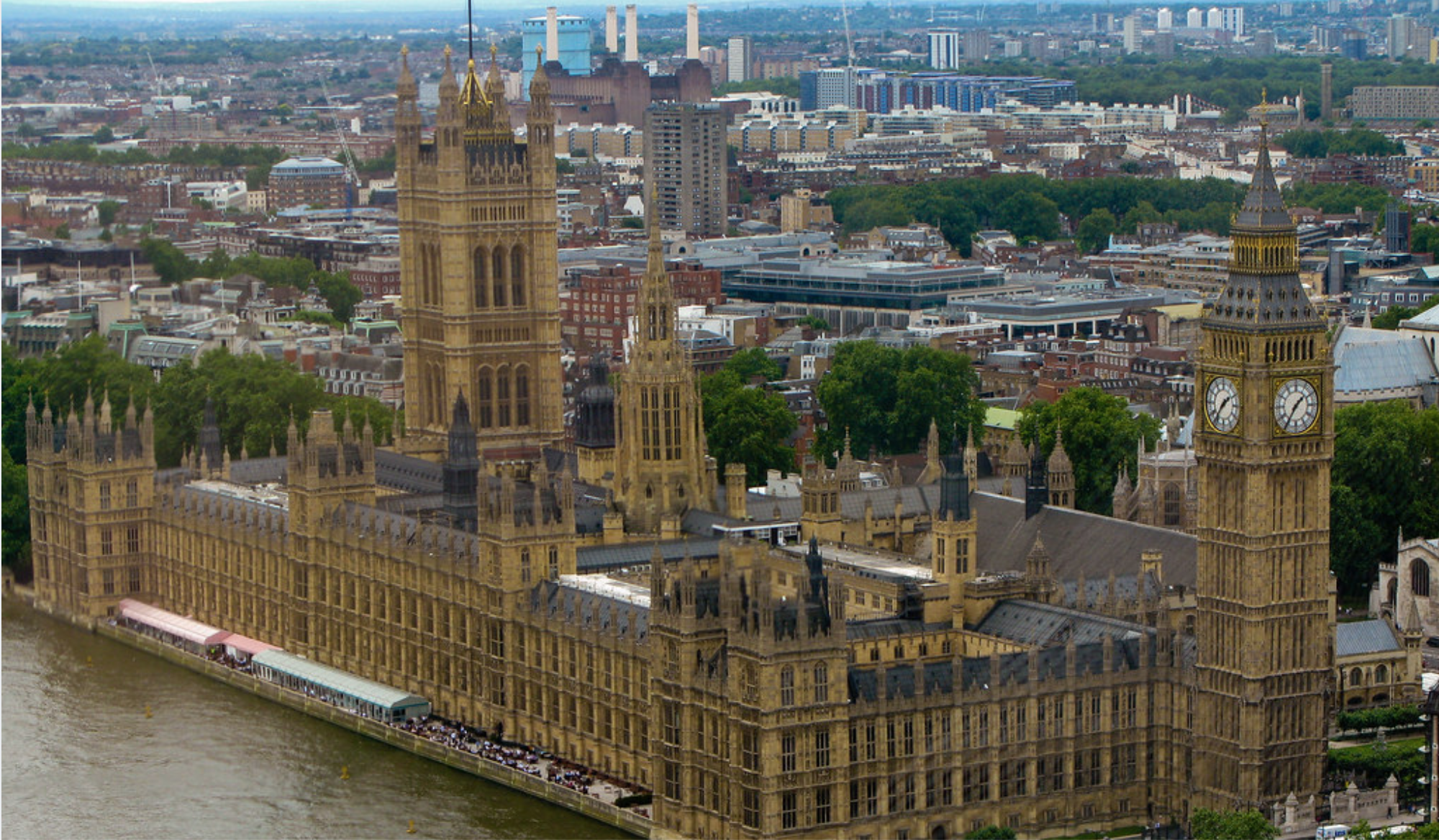 The British Popular Sovereignty Model: A Play in Three Acts

Boris Johnson is a familiar name in every household around the world. But, Earl Grey is typically associated with tea. Earl Grey was the Whig Prime Minister during the passage of the Great Reform Act of 1832 that began the democratization of the electoral system in the UK. The title of my article “From Earl Grey to Boris Johnson: Brexit and the Anglo-American Constitutional Model”[1] thus suggests a story of continuity, in contradistinction to the prevailing narrative that Brexit represents some kind of a great break with the past. My argument is that the UK has been operating under a common Anglo-American constitutional model for the past two hundred years. This model requires that the People, and not just Parliament alone, decide constitutional change.

Brexit seems peculiar, especially in light of the fact that to preserve the appearance of parliamentary sovereignty,  all political actors in the UK are adamant about the fact that referenda are not binding in the UK.[2] Yet, all political actors are willing to go to great length to make Brexit possible, even though the referendum on Brexit was only won by a small majority, whose outcome seems to have been reinforced by the last election. Moreover, the UK is willing to absorb billions of pounds of losses accruing even before Brexit happened. It is willing to risk its very unity. Because of Brexit, the Scotts are toying with secessionist referenda again. Northern Ireland was a major challenge to any agreement on Brexit between the UK Parliament and the EU and Brexit may contribute to its ultimate unification with the rest of Ireland.

I argue that when we zoom out of focusing on the Brexit crisis and look at over 200 years of British history, Brexit may seem less bewildering to us. I divide British constitutional history to three periods, each manifesting a commitment to popular sovereignty under a different model but all linked theoretically and derive from their predecessors. I will then discuss some of the implications of this argument to the UK in particular and comparative constitutional law more broadly.

The first period is between 1832 and 1911, which I title “the referendal period.” When we look at Parliament, it is composed of three elements, each representing a different class of society. The Crown represents royalty, the Lords represent the aristocracy and the Commons represent the commoners. Before 1832, the Lords indirectly control the composition of the lower house. Thus, they do not need to resort to  their legislative veto to influence the content of legislation. They fight mightily against the adoption of the Great Reform Act to avoid losing their control over the composition of the lower house but lose. Now, their veto power becomes more important, but it is under attack as well for being perceived as aristocratic, just as the UK is attempting to democratize its Parliament. In response, the Lords reinvent their veto and characterize it as referendal, which means that they are exercising their veto to refer the matter to the People’s decision at elections. Thus, a popular sovereignty model emerges.[3] The House of Commons would propose constitutional change. The Upper House would veto it because they opposed its merits, but justify their action arguing that they are not convinced that the People have consented to the constitutional change. When the veto was on a constitutional issue, it was often important enough to the lower house that it would dissolve itself over this matter, or at least engage in platform politics. If the people returned the reformers to the lower house after elections, or if the reformers won the “war of numbers” in platform politics, then the upper house would acknowledge that the people have spoken and remove its veto. The proposed constitutional change would then be codified in an Act of Parliament.[4]

While different historians treated this referendal theory as mere partisan rhetoric, the five most important constitutional issues of the nineteenth and early twentieth century passed under this model. These include the three Reform Acts extending the franchise to the middle and lower classes, the Irish Church Act disestablishing the Irish Church and the Parliament Act 1911. Even today, the UK Supreme Court seems to recognize these acts as “constitutional statutes” because of their content. The Court seems to demand explicit rather than implicit repeal to amend these Acts. I argue that they should be recognized as constitutional not just because of their content, but also because of their process of enactment.[5]

During the referendal period, the House of Lords (HL) exercised — through its legislative veto — the power of serving as the constitutional guardian of the status quo. During this period, the HL fulfilled two functions: It was a second legislative branch and the Law Lords were the highest legal instance of the land. The HL thus had to exercise its role as constitutional guardian upfront as a legislative branch, and not as a judicial branch. Otherwise, it would have been exposed to the argument that what it allows in its role as a legislature, it later undoes in its role as a court.[6]  This UK model offers a precedence to the idea, usually associated with Kelsen, that the veto of a second legislative chamber may function as the equivalent of judicial review over primary legislation.

The second period is between 1911 and 1970. This is the period of the suspensory veto. During this period, the Lords could no longer prevent legislation; but their suspensory veto proved quite substantial in delaying legislation by awakening the forces of resistance and enabling the opposition to mobilize forces against change. The Liberals passed the Parliament Act 1911 with two measures in mind: they desired the enactment of the disestablishment of the Wales Church as well as Home Rule for Ireland. They were able to pass both in 1914 despite the Lords’ resistance, using the procedure of the Parliament Act 1911. But the two years’ suspensory veto enabled such mobilization and resistance that the government could not implement the Acts in 1914 and had to enact a Suspension Act delaying the implementation of both Acts until after WWI. By, then, it was too late with regard to Ireland and Ireland became a free state in 1922. The suspensory veto became “a bad form of referendum”[8] but a referendum nonetheless as predicted by Arthur Balfour, the Conservative leader during the passage of the Parliament Act 1911. The Parliament Act 1911 was used for the third time in 1949 to further curtail the Lords’ suspensory veto to one year. With it, Britain became closer to parliamentary sovereignty than ever before.

This leads us to the third period of popular sovereignty in the UK: the rise of referenda and direct judicial review over primary legislation beginning in the 1970s. Already in the nineteenth century, the political actors were toying with the idea of referenda as an alternative to the Lords’ veto. When the Lords’ veto became a “nothing” following the enactment of the Parliament Act 1949, it is no coincidence that the UK turns to referenda as the new mechanism to express the people’s will. The British use the referendum to affirm UK’s membership in the EU in 1975. Parliament enacts devolution Acts in 1979 with regard to Wales and Scotland but undoes them when they are rejected in referenda. The UK holds referenda on the electoral system, Brexit, Scottish secession and so forth.

In addition, the British resort directly to judicial review over primary legislation. In the Factortame decision in 1991, the courts declare their power to invalidate UK legislation that does not align with EU law.[9] The Human Rights Act of 1998 grants the superior courts the power to declare statutes incompatible with the European Convention on Human Rights. The most interesting decision in this regard is the Jackson decision of 2005.[10] In the Jackson decision, the HL affirms the validity of the Parliament Act 1949. At the same time, it asserts in dicta its common law power to invalidate statutes were Parliament to abolish the HL without its consent or were Parliament to take away the power of the courts to exercise judicial review over administrative decisions. Though the Court did not acknowledge the connection, in essence, as the Court was recognizing the death of the Lords’ veto as protector of the constitutional status quo, it was reasserting its role this time as a judicial branch to protect the constitutional status quo.[11]

Why should we care about this story? Narrative matters. It is not enough that the UK has been operating under popular sovereignty for the past 200 years. It is important that it also acknowledges that. Moreover, while some scholars suggest that the UK has now transformed to popular sovereignty, my argument is that this has been true for the past two centuries. For instance, the Miller decision which does not even mention popular sovereignty would have had a different justification, with different implications.[12] Liberal Americans toying with the idea of packing the Court after the appointment of Justice Kavanaugh would do well to study carefully the British experience with regard to packing the Lords. Countries that abide by parliamentary sovereignty because of the British model would need to review their choice in light of the fact that Britain has abandoned the model since the nineteenth century and transformed in an evolutionary manner to popular sovereignty. It is past time to better engage in studies of a common Anglo-American model of constitutional change rather than treat the two systems, the US and UK, as polar opposite of one another.

Rivka Weill is a Professor of Law, Harry Radzyner Law School, IDC. Former visiting professor at Cardozo, University of Chicago and Yale Law Schools. The blog is based on the article “From Earl Grey to Boris Johnson: Brexit and the Anglo-American Constitutional Model” posted on https://papers.ssrn.com/sol3/papers.cfm?abstract_id=3483682. The article was written while the author was a Visiting Professor and Senior Research Scholar at Yale Law School.