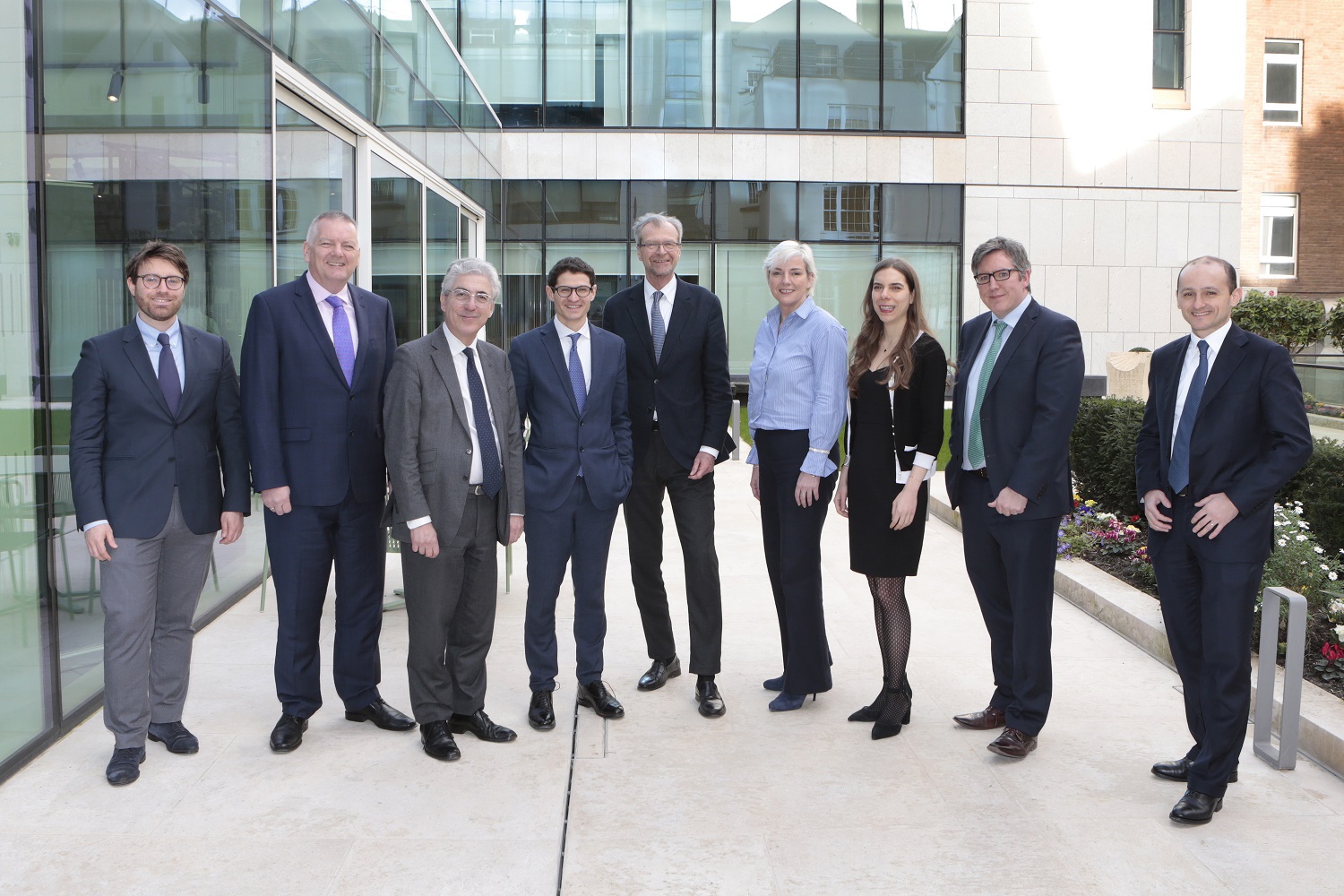 In his keynote address, Sir Jonathan Faull began by noting that prior to the Brexit referendum, he and others had warned that the Irish border question would pose a severe problem, but these warnings went unheeded. It is still unclear whether this question has been resolved, because there have been contradictory statements from the UK government in this regard. Turning to banking, he noted that this is a service, and that as a general matter the liberalization of services has lagged behind the other three of the “four freedoms” (goods, persons, capital). When the UK exits the transition period on the 1 January 2021 it will begin in perfect alignment with EU rules, but after that point it will start to make its own rules, and hence to diverge. In banking many of the rules are based on international standards (Basel) which are and will continue to be applicable to both the UK and the EU. However, the UK and EU have different approaches to banking. The UK approach is focused on outcomes, and the EU approach is focused on the rules themselves. Whether the two sides will be able to forge a close partnership in the future will depend to a large degree on trust, and also on the shape of the wider overall relationship.

Following the keynote, there was a panel discussion chaired by Gavin McLoughlin (Newstalk). Leading off the discussion, Volker Bass (GSK Stockmann) discussed the new post-Brexit landscape regarding the cross-border provisions of financial services between Germany and the UK, once each has become a “third country” with respect to the other’s jurisdiction.

This was followed by a presentation by Valia Babis (Bank of England), who explained how the Single Rulebook of the European Banking Authority will be applied after Brexit. The existing EU legislation (Regulations and Directives) in the area of banking have been converted into UK law by the European Union (Withdrawal) Act of 2018, but this does not cover new legislation adopted after the transition period ends, most likely on December 31, 2020. The existing Binding Technical Standards have also been retained in UK law, but as a third country the UK will no longer be a member of the European Banking Authority, and so will no longer be subject to its guidelines and recommendations. Going forward, the UK will still be able to directly implement international banking standards, such as the Basel 3.1 package.

Brian Corr (Irish Department of Finance) discussed the planning for Brexit that has been carried out by the Irish government. Much of the work of the Department over the last few years has been contingency planning for a No Deal Brexit, which never came to pass. In 2018, Theresa May’s Chequers plan ruled out the concept of mutual equivalence, making it clear that the UK would rely on the EU equivalence framework, which is available to all third countries. The Political Declaration (in paragraphs 35-37) stated that the future would be based on equivalence, which relies on a unilateral decision of the EU. Equivalence allows market access for some but not all financial services; it is not the same as single market membership.

Hilary Gormley (Head of Business Banking, AIB) discussed the Brexit-readiness of businesses in Ireland with respect to finance. The business community is mostly SMEs, and the most exposed sectors are agri-Food, manufacturing, transport, hospitality, and retail. Most businesses have either done no planning or have only just started planning for Brexit.

Finally, Giovanni Zaccaroni (DCU Brexit Institute) described the legal changes that the Economic Monetary Union, and in particular the Banking Union, experienced as a consequence of the 2008 economic crisis. He looked in particular at the role played by the European Stability Mechanism (ESM) that, in the near future, should provide the backstop for the Single Resolution Fund.

The programme for the event is now available