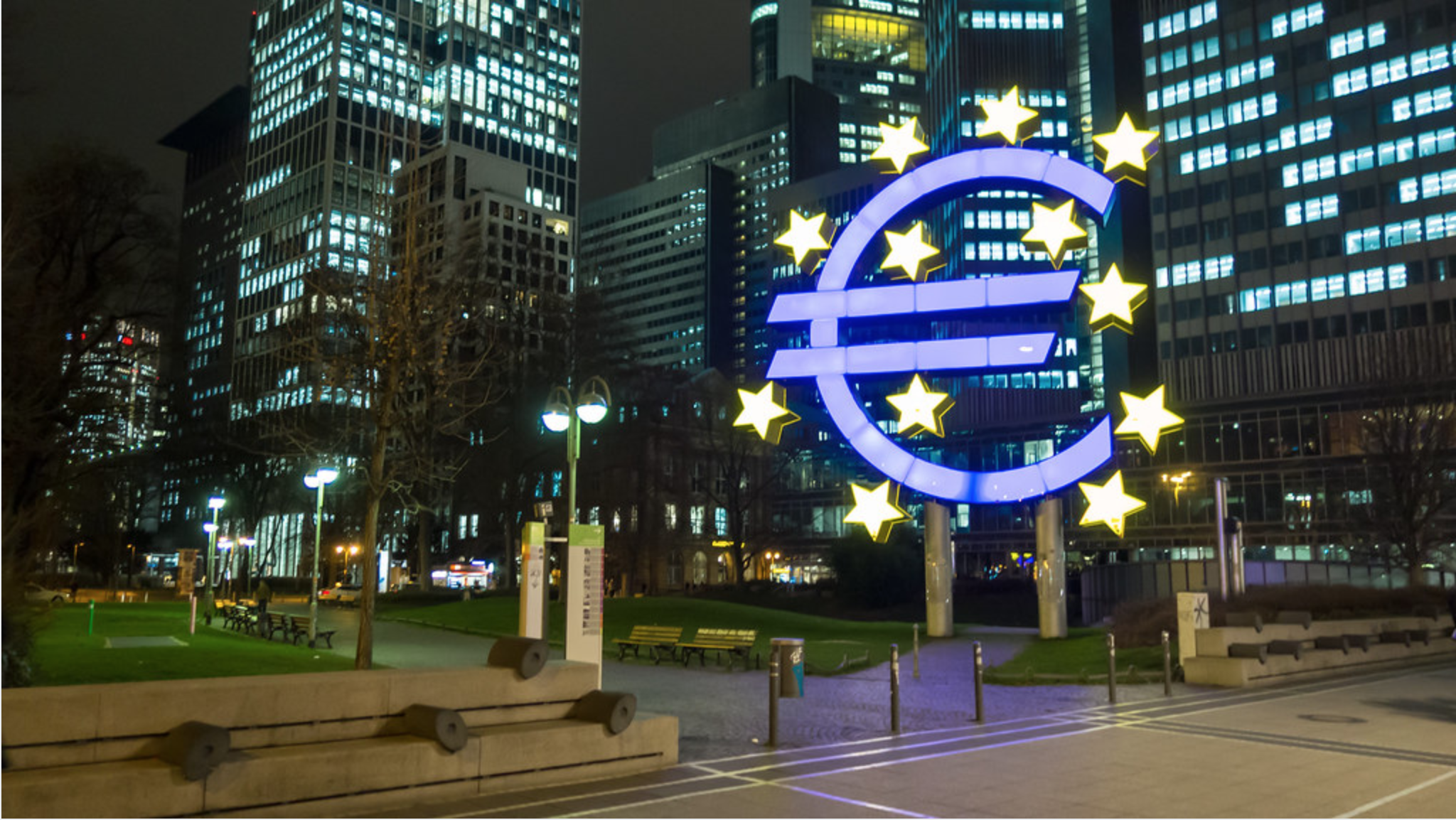 The Eurozone Summit of 13 December 2019 appeared somewhat anticlimactic. EU leaders were due to agree on the reform of the European Stability Mechanism (ESM) and give their final blessing to the Eurozone budget nucleus, the BICC (Budgetary Instrument for Convergence and Competitiveness). In the end, all decisions were postponed to June 2020. There was a specific political context to the reform delay, which was the controversy around the ESM spurred by Matteo Salvini in Italy which appeared to threaten the pro-European ruling coalition there. However, there is another explanation of the postponement, and one with potentially far-reaching consequences from the point of view of the direction of further EU integration. It may create an opening for a broader and more comprehensive Eurozone reform, which would have implications for further differentiation between the Eurozone and the rest of the EU.

New EU leadership, Brexit and growing divisions between the Eurozone and non-Eurozone Member States open up avenues for more far-reaching EMU reforms in areas of existing EU competence. New Brussels leadership – new presidents at the helm of the ECB, European Commission and the European Council – has already created a new momentum for reform. Brexit, which by now appears all but a done deal, removes a veto player and also loosens the imperative of EU unity vis-à-vis the departing Member State. The growing divergence between the EU Member States, however, in matters such as rule of law or climate policy (which coincidentally somewhat mirrors Eurozone membership in cases of countries such as Poland, Hungary or the Czech Republic) further increases possibility of divergence and differentiated integration. In this context, the delay of Eurozone reform for once may not be the typical “kicking the can down the road” that EU scholars have become accustomed to, but rather a sign of a more comprehensive reform coming, one better aligning the interest of various Member States within the common currency area. This short comment explains why differentiation of integration between the Eurozone and other Member States is likely to accelerate as a result.

What was the scope of the planned reform?

The December Euro Summit was to approve changes to the ESM Treaty covering a Single Resolution Fund (SRF) backstop which would allow the ESM to top-up the SRF in crisis, the introduction of a Precautionary Conditioned Credit Line (PCCL) to aid Member States before they descend into crisis and new requirements to improve public debt sustainability (Collective Action Clauses). Further, the heads of state and government of the Eurozone planned to approve the Eurozone budget as agreed by the Eurogroup over the course of 2019. Instead of a final agreement, the post-Summit statement not only postponed the ESM Treaty reform, but required that further work be coupled with progress on the Banking Union. Likewise, the work on the Eurozone budget, though not formally discarded, is to be continued and led by Charles Michel, the President of the European Council (and of the Eurozone Summits pursuant to the Fiscal Compact Treaty), as part of the negotiations on the new Multiannual Financial Framework 2021-2027.

Rarely is the delay of Eurozone reform welcomed by experts of economic integration. This is however one of those rare cases. Just days before the meetings of EU heads of state and government, four EMU experts (Vellee, Cohen-Setton, De Grauwe and Dullien) in fact called for such a postponement, arguing argued that a partial reform would not only be a missed opportunity for a comprehensive reform, but even risk “undermining a future possible deal.” Considering the recent statements of EU and national leaders, there are at least four ways in which now the reform may be made more complete, given the decision to postpone the ESM Treaty amendment.

First, there appears to be some timid movement on the third pillar of Banking Union. The new president of the European Commission Ursula von der Leyen reaffirmed that introducing the European Deposit Insurance Scheme is one of the political objectives of her term. In the light of the comprehensive risk-reduction reforms of microprudential and bank resolution law in 2019, and in the light of the spectre of a new banking crisis, the resistance of the frugal North to such mechanisms appears to be thawing. For example, in November 2019  the German finance minister Olaf Scholz signalled that Berlin government may be open to discussing such a reform.

Second, to boost support for European integration and counter social concerns, the new European Commission is planning to put forward a number of reforms building up the social dimension of economic integration, including in the area of minimum wage (Commissioner Nicolas Schmit) and unemployment insurance (Commissioner Valdis Dombrovskis).

Thirdly, in the eve of an economic slowdown, a discussion on the role of public debt is unfolding in the context of a debate on the reform (simplification) of the Stability and Growth Pact and the Eurozone “safe asset.” Such proposals are gaining momentum under Commissioner Dombrovskis and in particular the Italian Commissioner Paolo Gentiloni in charge of the Eurozone’s economic governance. The European Commission is to put forward first proposals of reform already in the first half of 2020. In the context of the EU budget, meanwhile, a broadening of the scope of BICC seems possible, in particular since a former MEP in charge of the first post-crisis EMU reform package, Elisa Ferreira, now a Commissioner for Regional and Cohesion Policy, will be responsible for its implementation over the next Brussels term.

Finally, with Christine Lagarde at the helm of the ECB, the institution’s function continues to evolve, this time in the context of the climate crisis, towards a greater role for the Eurozone’s monetary policy in combating climate change.

A growing acceptance of differentiation

While apart from ECB’s new role in climate policy, none of the reform tracks are quite new, the institutional and political context in which they will be discussed is quite different as when compared to previous years. While building up the consensus and agreement among Member States of the Eurozone remains a challenge, what differentiates today’s situation from the past, is a growing acceptance of such decisions being taken only among the Eurozone Member States, signalling the emerging acceptance of differentiation of integration within the EU as well as for breaking with “the principle of institutional unity.” Such a cognitive shift in thinking about the internal market and the EU’s institutional framework is important, as the areas of Eurozone reform discussed above touch the very centre of the EU integration toolbox, namely the functioning of the internal market, free movement of workers and the EU budget (including EU’s cohesion policy).

Over the past five years, the centripetal forces of differentiation in the EU were somewhat tamed by efforts to ensure unity, or at the very least, inclusiveness of the decision-making processes.  No small part was played here by the President of the European Council Donald Tusk, hailing from a non-euro Member State, who chaired the meetings of the Eurozone Summits – the new forum mirroring the Eurogroup at the highest political level – created by the Fiscal Compact in 2012. Equally, the Brexit process operated as a constraint to internal divisions, as ensuring the unity of the remaining 27 EU members was imperative in the negotiations on UK’s departure. With Brexit all but a done deal, and with the change at the helm of the European Council, the dynamic of thinking about integration in Brussels is shifting towards greater acceptance of differentiation in the EU (e.g. the acceptance for a temporary and temporal Polish opt-out from the EU-wide 2050 climate neutrality goal). Charles Michel, who shares the vision of Euro area reform with a fellow Renew Europe leader, the French President Emmanuel Macron, has already signalled his acceptance of greater differentiation and the intention to facilitate the euro reforms’ decision-making processes at the highest possible political level. For example, he will hold consultations with the head of the ECB Christine Lagarde, head of the Eurogroup Mario Canteno and European Commission president Ursula von der Leyen prior to each and every Eurozone Summit. Such coordination will speed up the decision-making processes, including in the context of new reform proposals in the Eurozone. Such decisions are increasingly likely to be taken in an exclusive (Eurozone) rather than an inclusive (EU) format.

A new set of leaders in Brussels, the spectre of another economic crisis looming, Brexit and a change in the balance of power in Europe all affect the dynamics of negotiations on reforming the Eurozone. The delay in the decision on the reform of the European rescue fund (ESM) does not, therefore, signify that the reform has come to a halt, but rather that the core of the reform (i.e. amendment of the ESM Treaty) may be further enriched by June 2020. Had it been concluded this December, the piecemeal change might have in fact closed the window of opportunity for a more holistic change. With the postponement, the reform of the Eurozone might assume a more comprehensive nature, potentially deepening, however, the division between the countries using the single currency and other EU members.

The views expressed in this article reflect only the position of the author and not necessarily the one of the BRIDGE Network Blog.

This comment has been published thanks to the Bridge Blog

Photo credit: “Euro Sculpture” by josephdn is licensed under CC BY 2.0