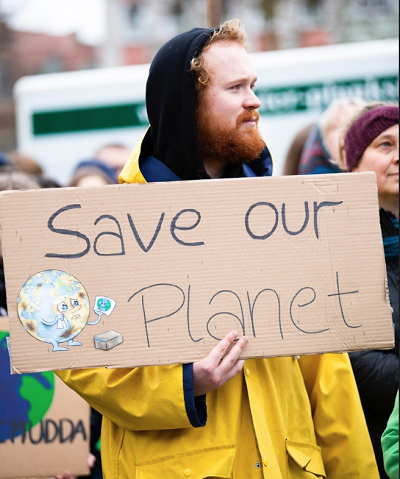 Brexit and the conservation of biodiversity

Although the political situation remains fluid, at present the United Kingdom is set to leave the European Union, and with it the EU’s ambitious Biodiversity Conservation Strategy, its landmark Directives, the Natura 2000 network of protected areas (the world’s largest), and other policy frameworks of direct and indirect conservation relevance (among others, the LIFE funding programme, the European Agricultural Fund for Rural Development, the Structural and Cohesion funds, and research funding programmes such as the H2020). Conservationists and scientists are debating what this will mean for the UK, the challenges and the opportunities. However, there is no analogous debate in the remaining member states (EU-27), perhaps driven by a sense that the UK offers little in terms of biodiversity, and conservation in the EU-27 will carry on as usual because legislation will not change. This idea is misguided: the consequences of Brexit on conservation in the EU-27 are less obvious than for the UK, but they do exist and should be discussed. We see at least three areas in which Brexit can affect biodiversity conservation in the EU-27: biodiversity itself, conservation resources, and human capital.

It is true that the UK contributes little to EU biodiversity in terms of species and habitats. Only 0.3% of the species managed within Natura 2000 sites, and 0.4% (1of 245) habitats are endemic (unique) to the UK (see figure at the end of the article). An equally small number, although present in multiple EU states, are currently managed only in UK Natura 2000 sites. Many more will be less represented in the network once the UK sites are removed, but for most the reduction will be minor (F). Assuming that the UK will ensure legislative and management continuity, from an EU-27 perspective those losses could be ignored, simply removing UK endemic species from EU Directives. Alternatively, they could be compensated either by declaring new protected areas or, where species already occur within extant N2000 sites, by modifying the list of species directly managed within those areas to ensure they are effectively protected. The former option is difficult, because new protected areas come at a cost in a densely populated continent with multiple competing human activities. On the other hand, not all species occur within extant Natura 2000 sites. As an advantage, this “compensation” scenario would require no assumption or interaction with events in the UK. Decision-making and legislation would need to focus on where and how to compensate the lost representation. Whether minor or major, changes to the EU-27 status quo will need to be made. Moreover, local issues could arise that touch on broader political issues, and therefore require greater debate and development of specific alternatives. For example, Spanish activists are campaigning to include the Gibraltar Special Protection Zone in Brexit negotiations.

Financially, the UK’s loss of research funding is prominent in the Brexit debate, but conservation funding in the EU-27 might not change as profoundly. The UK is a net contributor to the EU budget but a net receiver of LIFE funds, the primary tool for conservation support in the EU. The Natura 2000 network is already underfunded and all reports indicate it is failing to achieve its ambitious objective of halting biodiversity loss, so any post-Brexit adjustment that further weakens it would be especially undesirable. The EU already needs to revise both its Conservation Strategy and LIFE+ funding program after 2020, giving an opportunity to respond to any change, assuming Brexit uncertainty is resolved by then.

Therefore, on the EU-27 side Brexit would cause a negligible loss of biodiversity and require no major shifts in legislation. Yet this should not lead to a sense of security, believing that problems are the UK’s only. The human side of conservation will suffer enormously in the EU-27. From Evelyn to Durrell, the UK has a long history of conservation philosophy and practice. It has an outstanding tradition of public engagement: when the EU Commission led a public consultation of the Birds and Habitats Directives in 2015, nearly 20% of respondents were from the UK. Finally, the UK hosts an enormous network of researchers and practitioners in highly respected institutions, from the Royal Society for the Protection of Birds to the Zoological Society of London, with strong links to other EU countries.

The prospect of Brexit is already creating uncertainty: as researchers, we find it increasingly harder to plan joint UK-EU27 research, management, training and education programs. Uncertainty is particularly acute when it comes to funding applications, and it could turn into full-blown barriers when (if) Brexit is implemented. In the long-term, it is difficult to imagine any positive effect of restricting collaboration and communication between close neighbors in the midst of a mass extinction. Any event other than no Brexit is most likely to make conservation poorer and less effective on both sides. 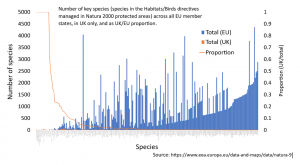