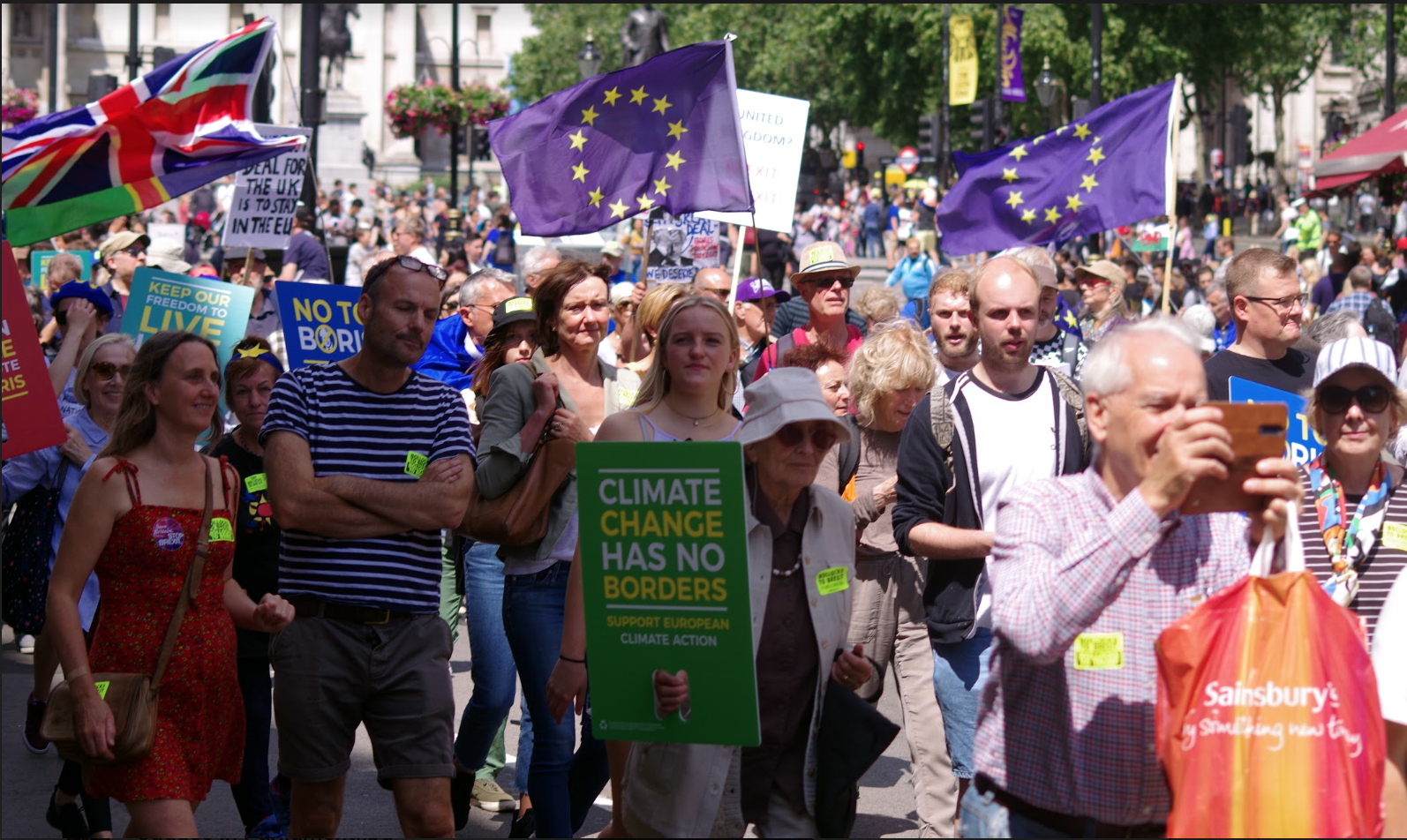 Another deal, another extension, another general election: recent Brexit developments invite us to revisit what we think Brexit means and the impact it will have on the UK in general and Northern Ireland in particular. This is notably the case for one of the (few) positive surprises of the Brexit process so far: the push for a green Brexit, which appeared in reach with the 2018 Withdrawal Agreement and on-going UK legislative efforts.

Green Brexit is not a given. Indeed, the environment had been mostly absent from the EU referendum campaign in the UK, and the EU’s green credentials have been tarnished in recent years. But over the last two years it appeared possible. Hence, we’ve seen the UK Government position radically change after the 2017 election – from DEFRA secretary Andrea Leadsom MP arguing that existing UK governance mechanisms, such as judicial review, were perfectly sufficient, to her successor Michael Gove recognising the existence of an environmental governance gap and pledging to fill it.  Such governance reforms were sold, in Gove’s words as a prerequisite to a ‘rivalrous emulation’ between the UK and the EU after Brexit on environmental regulation. As for the 2018 withdrawal agreement – with it, the EU appeared to remember how central environmental regulation and governance was to any commitments to level playing fields.

These weaknesses are particularly problematic for Northern Ireland – a nation that has long been the ‘dirty corner’ of a member state, the UK, itself renowned as the ‘Dirty Man of Europe’. These problems endure to this day: for example, Northern Ireland is the only jurisdiction in these islands with no Independent Environmental Agency, and with no Climate Change Act. From the on-going scandal surrounding the botched Renewable Heat Incentive scheme, to heavily criticised expansion from both farming and extractive industries, and continuing concerns about cross-border waste crime, Northern Ireland is failing to protect its natural environment. This is expected to get worse after Brexit – as Northern Ireland is set to lose the oversight of EU institutions, which played a central role, via the threat and reality of infringement actions from the European Commission in improving enforcement of environmental law. In addition, regulatory divergence, for example on waste, would incentivise cross-border waste crime, while delays at the border would lead to increase waste (e.g. such as distressed milk).

This bleak picture came with a silver lining: environmental groups North and South had come together and, together with their colleagues in Great-Britain, successfully lobbied to get a number of key environmental provisions in the December 2018 Withdrawal Agreement. In the annexes of the protocol (Annex 4, part 2) both parties pledged non-regression of environmental protection (“the Union and the United Kingdom shall ensure that the level of environmental protection provided by law, regulations and practices is not reduced below the level provided by the common standards applicable within the Union and the United Kingdom at the end of the transition period“, Article 2) and the creation of new UK governance structures to enforce this pledge:

“The United Kingdom shall implement a transparent system for the effective domestic monitoring, reporting, oversight and enforcement of its obligations (…) by an independent and adequately resourced body or bodies (“the independent body”). Article 3”

As an international Treaty, the December 2018 Withdrawal Agreement would have bound the whole of the UK – and this is critical in an area of devolved competence like the environment. Political pressures on DEFRA secretaries to develop new environmental governance arrangements only go so far, only covering England and UK reserved matters. Relaying on bottom-up pressure and politicians’ green credentials may be sufficient in parts of the UK like Wales or Scotland, but, despite growing awareness of environmental challenges among NI representatives, it is unlikely to be enough in Northern Ireland.

This external pressure informed the drafting of the UK Environment Bill. This bill creates a new Office for Environment Protection, which would have some of the functions and powers of the European Commission. While the OEP is developed in the first instance for England only, there is the option to extend its reach (and composition) to Northern Ireland.

The Bill, which has since fallen due to the forthcoming general election and will need to be reintroduced, has been described as not going far enough in giving proper powers to the OEP. The manner in which the OEP would extend to Northern Ireland is further highly problematic: the OEP would only extend to NI if a NI minister were to ask for it, with the support of the NI Assembly. But the assembly is unlikely to return soon – and may well not be back before Brexit takes place.

Furthermore, even if a Northern Ireland assembly and Executives were to defy expectations and come back soon, the new Withdrawal Agreement removes much of the external pressure on NI to upgrade its environmental governance. The environmental ambition in the December 2018 Backstop was linked to the operation of a Single Customs Territory – i.e. the UK+EU customs union of the UK-wide Backstop. By removing the Single Customs Territory in the new deal, the negotiators also removed the hard commitments to environmental governance reform. Instead, notions of level playing field and the institutions needed to enforce it are relegated to the non-binding political declaration.

In conclusion, we are currently headed for a situation where Northern Ireland would be the only part of the UK not reinforcing its environmental governance infrastructure in preparation for Brexit. Having a strong environmental component in the December 2018 Withdrawal Agreement was an impressive, even surprising victory for the environmental movement in the EU and UK. But this victory appears to have been short lived, and the environment, especially in NI, is likely to suffer from it.