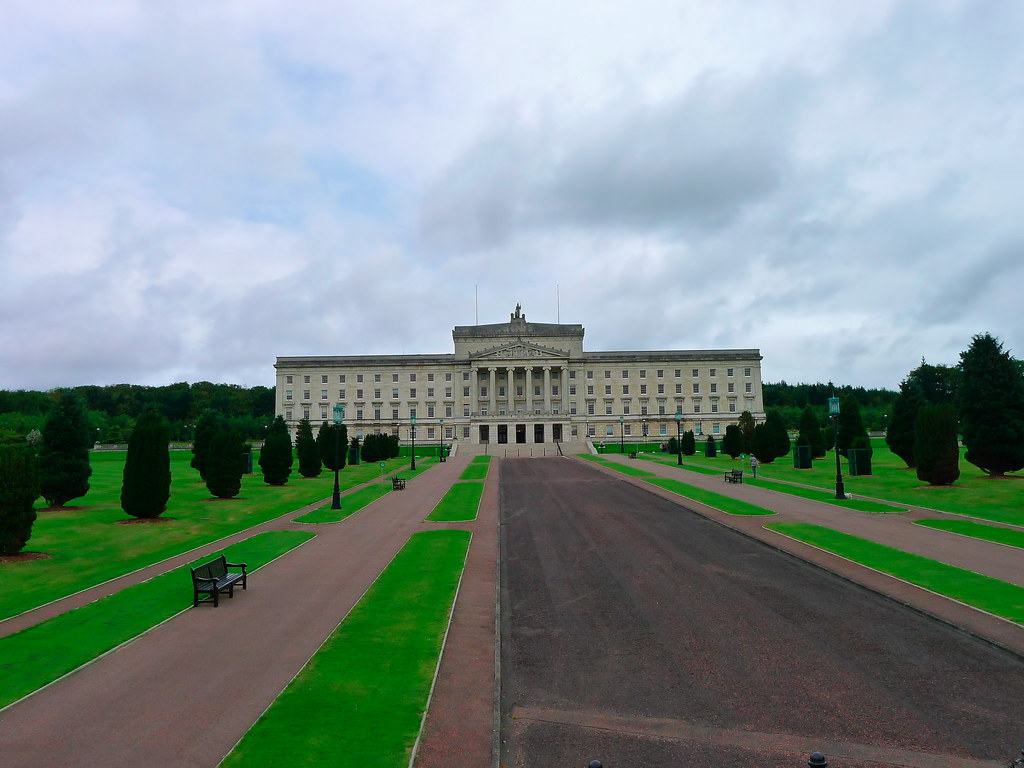 We are in one of those historical moments when it is difficult to maintain perspective. The result of the 2016 EU referendum has caused flux and uncertainty not only in UK politics but also in Anglo-Irish relations and nowhere more immediately, of course, than in Northern Ireland. It is an understandable temptation for commentators to emphasise the novelty of the current situation. This flux and uncertainty means that even the Conservative Party’s current overwhelming lead in the polls no longer appears convincing- at least, given the experience of the 2017 General Election. Nevertheless, it is worth identifying a longstanding problem in British politics and identifying one influential conceptualisation of it. The problem and the conceptualisation help us to understand the current flux as a modification of circumstances (even if that modification is significant) rather than an entirely new and unprecedented challenge.

It was in the 1970s, with the return of the Troubles in Northern Ireland, the challenge of Scottish and Welsh nationalism and the uncertainties of minority (Labour) government, that some scholars began to turn their attention to the ‘territorial dimension’ in UK politics. One of the most influential figures in this new turn was Jim Bulpitt for whom the traditional statecraft (as he called it) of British governments had been neglected by academics whose attention had been focused on policy or left/right divisions. His book Territory and Power in the United Kingdom, published in 1983, became a classic text. Though he wrote no subsequent major work, Bulpitt’s thesis has continued to inform scholarly reflection on the constitutional changes which took place much later in the UK (for example devolution) and in Europe (what Bulpitt called the ‘ratchets’ of integration). Furthermore, in the last ten years his work has been re-evaluated favourably by scholars like Helen Thompson at Cambridge and Jonathan Bradbury at Cardiff, his (posthumous) reputation enhanced by these retrospectives.

In that context and for the purpose of this short article, it is worth recalling one of Bulpitt’s imaginative ideas. He argued that territorial management required an ‘external support system’ and by that he meant that territorial politics in a multi-national state like the UK should be understood in close relation to foreign policy, trade and economic systems. Historically, the UK’s ‘external support system’ has consisted of imperial political and trading  relationships, the gold standard, the Bretton Woods system, NATO, and latterly the EU. The character of these ‘external’ alliances, systems and arrangements, according to Bulpitt, could not be separated easily from the statecraft of territorial politics ‘internal’ to the UK. (This interpretation, for example, has been the staple diet of Scottish nationalist rhetoric at least since Tom Nairn’s book The Break-up of Britain in 1976, in which the ‘end of Empire’, for instance, is taken to mean ‘the end of the Union’ at some point). If Bulpitt’s perspective is correct, it implies that leaving the EU’s ‘external support system’ could lead to what Bradbury called a ‘critical juncture’, one in which sudden and unpredictable shifts become possible. The experience of political events in the UK recently can surely be described as full of sudden and unpredictable shifts.

That the EU was an effective ‘external support system’ for the UK was the very matter of debate in the 2016 referendum – as it was in 1975, as it was during the Maastricht debates in the early 90s and as it continued to be thereafter. For Remain, the EU is the necessary condition to secure and project UK national interests at home and abroad. For Leave, it is a costly constraint on UK national interests because it is evolving in a political direction inimical to UK domestic democratic practice (at this point it should be said that Bulpitt was a convinced Eurosceptic before that term was coined). It was the latter argument that won the day in June 2016 – despite Remain playing strongly the ‘territorial politics’ or ‘domestic statecraft’ card, namely, that removing the UK from the EU’s ‘external support system’ would threaten the state’s stability and its constitutional integrity.

Back in 1975, one of Labour Prime Minister Harold Wilson’s great anxieties about a referendum was the potential for a differential national vote. He feared that Scotland and Northern Ireland could vote to leave the (then) European Community and that England and Wales would vote to stay. As it turned out, all parts of the UK (with the exception of the Shetland Islands and the Western Isles) voted Yes. In 2016, of course, Scotland and Northern Ireland both voted Remain while England and Wales both voted Leave. The anxiety which troubled Wilson in 1975, but which the result avoided, can be described as a challenge to the democratic legitimacy of the UK. In short, it is the matter of consent. After the result of the 2016 vote, that problem continues to haunt the domestic statecraft of the UK government and it is a problem that brings us directly to Northern Ireland.

During and after the 2016 referendum, the compatibility of Brexit with the requirements of the Belfast/Good Friday Agreement was the central issue in Northern Ireland and then for the Brexit negotiations. Those supporting Leave pointed to the detail of the 1998 Agreement and its institutional requirements and asked: ‘What is the evidence that membership of the EU is essential to the Good Friday Agreement?’ Their own answer that, in the evidence of cold print, it is marginal is correct but – as Mr Salter would have said to Lord Copper in Evelyn Waugh’s novel Boot, only ‘up to a point’ (in other words, to be right on detail but wrong politically). Those supporting Remain responded by arguing that the EU provided a crucial ‘context’ for the 1998 Agreement. That too is correct – in Mr Salter’s word, ‘definitely’ (in other words, wrong on the detailed wording but right on the politics).

‘Context’ is another way of saying, in Bulpitt terminology, that the EU has functioned as an ‘external support system’ for the 1998 Agreement. It has helped to sustain the necessary relations domestically (within Northern Ireland as part of the UK but balancing British and Irish identities), inter-governmentally (between London and Dublin) and internationally (providing that common European framework in which the alternative of either British or Irish identity is – potentially- less contentious). If this sounds rather abstract for the practice of international Realpolitik then consider one further historical reference.

In 1966, J. C. Beckett argued in the conclusion to his History of Modern Ireland that the real border is not on the map but in the minds of men and women. A border between north and south on the map still exists but the EU ‘context’ did help soften ‘the border in the mind’. For example, little had been heard of it for more than a decade and even the DUP rarely spoke of that old unionist anxiety, cross-border bodies. The issue had fallen off the ‘domestic statecraft’ radar. With the prospect of the EU ‘external support system’ being removed, the new statecraft implied by Brexit highlights once more questions that the 1998 Agreement had partially blurred: who is sovereign, who decides, what defines consent and confers legitimacy?

To dispose of the EU external support system was bound to have consequences for strategic statecraft. If the negotiations on Brexit involved a European Union one and indivisible against a UK Union one and indivisible, power dynamics were likely to favour the integrity of the former rather than the latter. On the island of Ireland, the priorities of Dublin would be more important in the EU’s calculations than the concerns of London (even a Conservative government dependent on DUP votes at Westminster). So it has proved.

For unionists, both the May and the Johnson withdrawal agreements replay old fears about ‘coercion of consent’, not by violence this time but by European diplomacy to the advantage of Irish government influence and to Irish nationalist interests. They feel that the constitutional security based on the principle of consent they thought had been secured in 1998 has been seriously weakened. Brexit, therefore, sold on the principle of bringing back control and giving people their country again, has now become the prospect of unionists not only losing control but also losing their country, as Northern Ireland slowly separates from the rest of the UK’s internal market. These fears may be exaggerated but they are not unfounded. Ironically, unionists can now recognise the value of that ‘external support system’. As old Marxists would have said, their position is now objectively Remain as the sympathetic noises from within the DUP about Labour recently suggest.

For nationalists, Brexit intimated their being cut off from the rest of the island as the UK set itself on a course of EU divergence (which implied Irish divergence too). Believing they had settled in 1998 for a relationship British/Irish and European, the day after the 2016 referendum result they now thought they had woken up in a different country. Brexit became a surrogate argument about Britishness (or Englishness) and strategic decisions of significant meaning taken without their consent. One can’t really argue that nationalists have made their peace with Brexit but the deals negotiated by May and Johnson – backstop and now frontstop – appear to be a major success for Irish diplomacy and Irish nationalism. Ironically, again as old Marxists would have said, their position has become (almost) objectively Leave, especially as they witness the discomfort of all unionist parties.

It is difficult to come to a firm conclusion on where things are going. The temptation is to refer to the academic’s get-out clause conveniently supplied by Humphrey Lyttleton. His reply to a journalist’s question about the future of modern jazz was: ‘If I knew where it was going it would be there already.’ Let’s just say that the condition of flux and uncertainty is likely to continue, getting Brexit done or not.

Photo credit: “Stormont” by Caffaff is licensed under CC BY-NC-SA 2.0