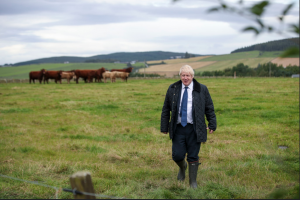 Few actions when done quickly are done well – and law-making has certainly never been one of them.

Late in the evening of 21 October 2019, the long-awaited, and highly controversial, European Union (Withdrawal Agreement) Bill (WAB) was published. Despite being drafted nearly a year ago, the WAB had not been published due to concerns it would be too controversial.

Voting on the WAB began only 24 hours after its publication, as the Government pushed the bill quickly through stages of process that would otherwise take days and should be over months. Late in the evening of the 22nd, the Commons was asked to approve of a legislative programme which would only have allowed the House three days to consider, debate and amend a law which is bound to radically alter the constitutional, political, and economic foundations of the UK. Leaning in to the time pressure, the Prime Minister staked his political reputation on leaving the UK on 31 October 2019, encouraging EU Leaders not to give any extension to the UK, for no other reasons than short-term considerations of pure political convenience.

While the WAB passed its second (of three) readings in the Commons – this programme was rejected by 322 votes to 308. The House rejected the (reckless) idea that three days is ample time to process 115 pages of the WAB, with 320 pages of annexes, in addition to 599 pages of the Withdrawal Agreement and 56 pages of the Political Declaration on the future relationship between the UK and the EU. Having threatened to withdraw the WAB and ‘bring it to election’, the Prime Minister instead said nothing, pausing the Bill, and allowing the Leader of the House of Commons to announce that consideration would instead turn to the Queen’s Speech: the same Queen’s Speech which had previously been so urgent and important as to require an (unlawful) five week prorogation before returning with little pomp and less ceremony.

Bringing the WA into law through the WAB was a necessary legal step that must be taken by the UK before the current Article 50 deadline of 31 October, in order to withdraw on the basis of an agreement rather than on ‘No Deal’ terms. On the EU side, the WA must be approved by a qualified majority of the European Council, in addition to gaining the consent of the European Parliament. Even under the accelerated programme, completing all these stages of ratification before 31 October 2019 would be near impossible.

There is an argument that this timeframe for ratification was always an artificial and merely political construct: the European Council had been sent a request for a three-month extension of the Brexit Deadline to 31 January 2020, however reluctantly, by the Prime Minister under the obligation of the ‘Benn’ Act when he was unable to pass a motion for approval of the modified Withdrawal Agreement by 11pm on 19 October. While any extension must be unanimously agreed by the EU-27, MPs voted under the knowledge that it was a possibility and that, even while the Prime Minister ‘would not negotiate’ the terms of extension – he was legally obligated under the Benn Act to return any offered extension for consideration of the Commons. Only hours after the rejection of the accelerated programme, the European Council President, Donald Tusk, mooted the possibility of a ‘flextension’ of three months, which would automatically expire with the ratification of the Withdrawal Agreement.

The “New” Withdrawal Agreement finalised between UK and EU negotiators was published on 17 October – allowing only two days for Parliamentarians (along with legal academics and commentators) to scrutinise its provisions before the House of Commons was asked to approve it on 19 October. This Agreement is largely the same as that negotiated by Theresa May, and rejected three times by the Commons, but for removal of commitments to a level playing field to the Political Declaration and one crucial modification: the Northern Ireland Protocol. Despite legal statements on the customs unity of the UK, this Protocol will in practical effect separate Northern Ireland from the rest of the UK on matters of customs, excise, state aid, in addition to regulatory regimes and continued EU oversight.

While headlines (and the ire of the DUP) has focused on the essential creation of a border in the Irish sea between Northern Ireland and Great Britain (which the Brexit secretary however failed to notice), the fact that much of the detail and practical workability of the agreement has been ignored. Much of the detail has not been clarified – for example, the fact that democratic assent is periodically required and the functional capacity of an oversight body (not to mention the concomitant lack of scrutiny on laws while will apply to Northern Ireland without any democratic representation). The reasoning for this cannot be doubted – not only due to time constraints, but also likely for the political benefit that obfuscation and uncertainty can lend – however, even while this defuses the real and pressing danger of introducing a hard border between Ireland and Northern Ireland, it is a tinderbox of legal dysfunction and litigation.

Despite threats, the WAB was not withdrawn from consideration but merely paused. The Bill is the only and necessary vehicle to deliver a deal with the EU, and (despite further threats) the Prime Minister has few options in trying to hasten an early general election. Under the terms of the Fixed-Term Parliaments Act 2011, the Prime Minister must either have the approval of two thirds of the Commons to hold an early election, or lose a vote of no confidence without the formation of the alternative government. While a ‘flextension’ has increased the likelihood of such an early general election (fought on a split of Johnson’s Deal, No Deal, or No Brexit) to a near certainty, any ratification of a Withdrawal Agreement necessarily requires implementing legislation laden with constitutional difficulties and legal uncertainties.

Within 24 hours of its (first) and deliberately late publication, critical concerns with the content of the WAB were highlighted even as commentators and experts underlined the impossibility of giving due scrutiny to such a constitutionally significant document: from the wide scope of legislative power to be delegated to Ministers; to the relegation and minimalization of Parliament’s role in scrutinising the Government in both the conduct and completion of the Brexit process. Both of these issues are immediately at odds with Cherry/Miller (No 2)’s emphatic statement on the constitutional principles of Parliamentary sovereignty and Parliamentary accountability. As only two examples: (1) Clause 30 provides for Commons to approve an extension to negotiation on the future relationship, but does not provide the Commons to decide whether to have one in the first place (as happened in the Benn Act) leaving open the possibility of a No Deal Brexit at the end of the transition period; (2) while the WAB gives power of appointment of the Independent Monitoring Authority for citizens’ rights to the Minister whose work is to be ‘independently’ monitored(!)

The WAB gives special status to the WA, in addition to the (un)repeal of the European Communities Act 1972 and the (re)introduction of EU legal obligations with the obscured acknowledgment that while there will be scrutiny of EU laws incorporated during the transition period – without EU membership, such scrutiny is powerless. These are only a few of the issues which raise immediate and the most serious concerns for legal certainty and democratic accountability. It is foolish to rush out for the sake of political expediency and electioneering, to the sacrifice of the rule of law and democratic legitimacy.

… where Legals fear to tread

Politics may prize quick-thinking, but law-making should never prioritise speed over clarity and careful consideration. Without analysis, scrutiny and impact assessment we not only risk legal certainty, permanent economic and social damage but also undermine the core function of Parliament in holding government to account over throughout the Brexit process. Government is flooding public channels with the message of ‘Get ready for Brexit’ which is, at best wilful misunderstanding, and at worst disingenuous and intended deception on the complexity of the Brexit process ahead: this is only the first stage of negotiations. The years ahead will be dominated by negotiations on the future relationship between the UK and the EU – there are only days to consider a law and an agreement which will determine the future for a generation.

Joelle Grogan is Senior Lecturer in UK and EU Public Law at Middlesex University. This comment has also been published on Verfassungsblog.